Making life easier for yourself with Keepass

If you are in any way like me then you feel like you are constantly asking your security people for unlocks to various systems and clients. I keep forgetting my passwords, enter them for the wrong systems. Or maybe you are like some other people i’ve seen who keeps their passwords in an excel sheet or text file, which obviously is a no-go!

I started using Keepass to handle my passwords, but got annoyed with always having to ALT+TAB between my sapgui logon window and the keepass window. Yes I know i’m petty.

But i want to show you how I managed to open the SAP GUI directly from within keypass.

This has been blogged about before for example by Peter Langner

But because i’m lazy and know when copying from one to another that I’ll miss something when recreating, I modified his script just slightly to be able to fetch the name and client from the title.

So download the latest keepass version and add this as URL

Now in your title you just maintain the system ID and client. Like DEV 100

That’s it. the regression takes the letters and add as systemid and the numbers as the client. Easy peasy and a breeze to copy and paste now 😉

Now when you want to log into a new SAP GUI session, just open keepass instead of the SAP GUI logon, find your entry and press CTRL + U. 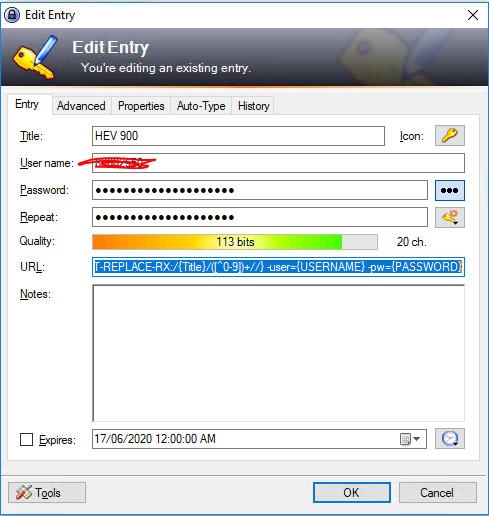