A few weeks ago my son stepped on his toy fire engine. His weight distorted the small plastic axle holding the front wheel. Not even my superglue could mend it. Ok, that’s it, I thought, another contribution to our worlds ever growing pile of rubbish. But I was mistaken. The manufacturer of the toy provides a spare parts service. We could order the new part online. After three days the fire truck was ready to take on new tasks.

A growing number of consumers base their decisions on the question is this good for the world, is it good for the environment, can I extend it, can I repair it? Tons of plastic clutter up our kids’ rooms, and most of it will end up one day as tiny toxic fibres in the oceans. Have you acquired a set second hand that has parts missing?, asks the toy manufacturer on their spare parts site. They’ve hit the nail. The ability to resell their product on Ebay and in garage sales constitutes part of its value. In a circular economy even plastic toys have a place. Speaking of oceans, more inspiration to fight ocean plastic can be found on our Shift site. 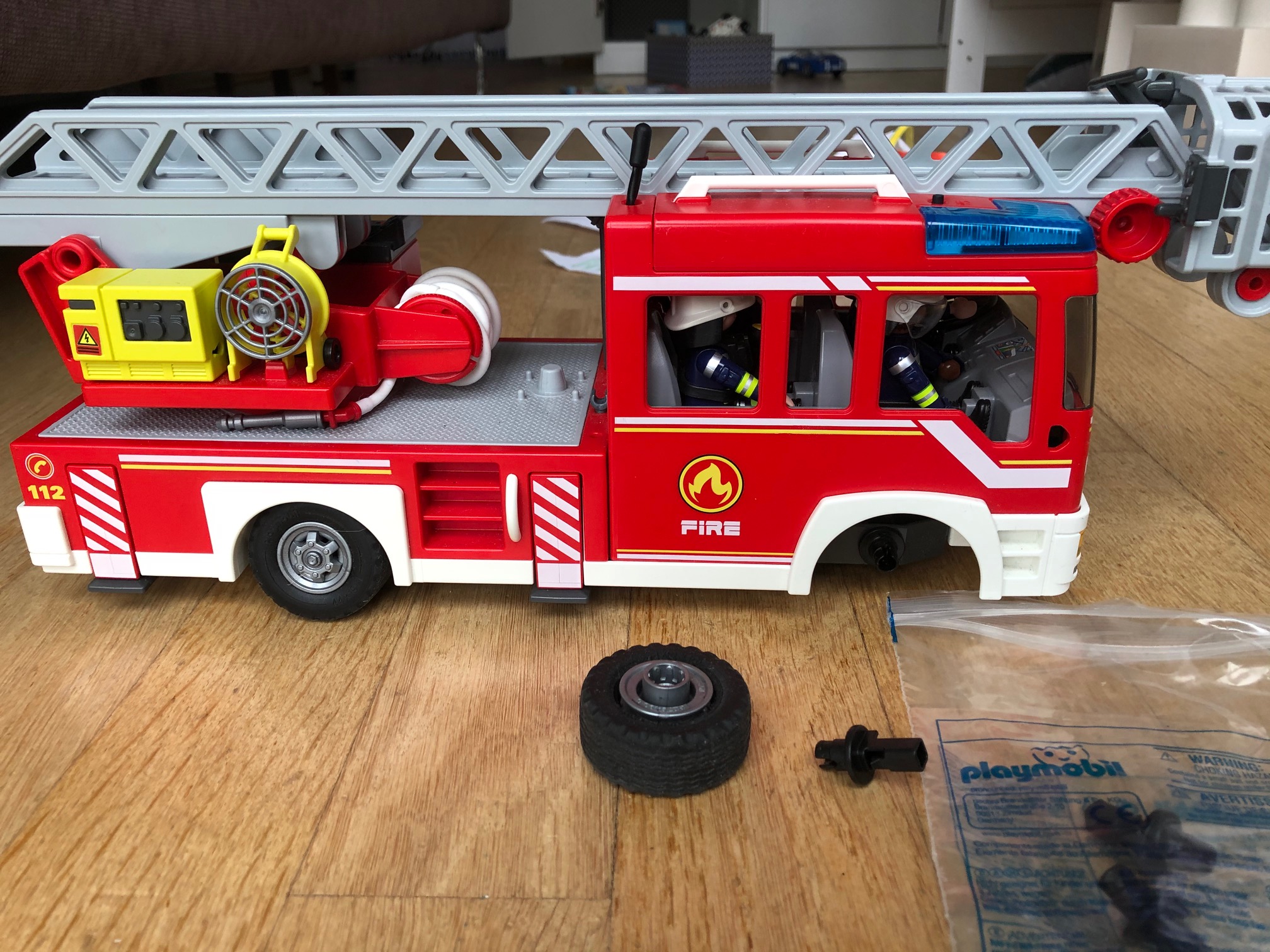 Industry players want to protect their assets and investments against competitors and newcomers. That’s understandable. But keeping customers in walled gardens or simply making it impossible to repair things is questionable and short sighted, not just from the perspective of sustainability. Hiding inventions behind trade secrets and packaging products in ways that create vendor lock-ins clearly works. But the pushback from the side of the consumers is growing. The self repair manifesto gives a good overview of their position, and Instructables proves that there is a lively community of people who like to make things. Anyway, the situation is not as simple as it appears at first sight. There are gaps between the interests of consumers, traders and producers. This is where lawyers and regulators could come into play.

In some way I consider open source software a counterpart to my son’s little fire engine. When I know to code I can fix my software. I can learn how technology works if the schematics are well documented. I can share my fix and my knowledge with others, and this will help to create an ecosystem around an open source product. I can even resell open source software when it has a business friendly license. Like Microsoft a few years ago also our company started to embrace open source.

In his recent Tech Talk Ulrich Homann explained how open source helped Microsoft to get closer to the community. They asked themselves which people they needed to empower to get developed better solutions. It was a cultural and not a strategical decision to go open source. Open source is how software is being developed today (and culture eats strategy for breakfast – see unreal). Open source is what customers and developers are expecting. If you want to work with the best people in the world you need to do it their way, across boundaries of companies, programming languages and license agreements. Looking at our most prominent projects (e.g. Kyma), I think we are on a good way, and I believe something like the Corona-Warn-App would not have been possible without our good understanding of open source.