Pride Journey of SAP in India

LGBT Movement in India
Early on the morning of Saturday, June 28, 1969, lesbian, gay, bisexual, and transgender persons rioted following a police raid on the Stonewall Inn, a gay bar at 43 Christopher Street in Greenwich Village, Manhattan, New York City. This riot and further protests and rioting over the following nights were the watershed moment in the modern LGBT rights movement and the impetus for organizing LGBT pride marches on a much larger public scale.

LGBT movement in India started in 2001 when the issue of Section 377 was first raised. On 6th September 2018, the final verdict of Section 377 came. In this, the law affects the rights of the lesbian, gay, bisexual and transgender (LGBT) population, in particular, but its provisions can also be applied to heterosexual citizens. The judgment was given by a five judges bench comprising the then Chief Justice of India Dipak Misra, Justices R F Nariman, D Y Chandrachud, A M Khanwilkar and Indu Malhotra.

At SAP, we truly believe in diversity & inclusion. SAP offers medical benefit to samesex partners through insurance policy. SAP also extends the family leave to samesex partners.
Gender affirmation surgery is covered under the medical insurance policy. There are gender neutral restrooms in SAP campus.
SAP is cognizant of the fact that each journey is unique with its own struggles and offers support to LGBTQ employees through Employee Assistance Program and Pride@SAP Ally Group. 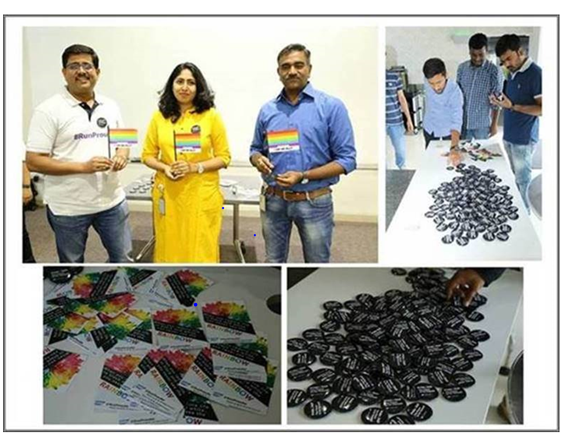 “Employees at SLI were enthralled and inspired by the event, They showed humongous support and enthusiasm by picking up #Pride@SAP badges, Ally flags and flyers and displaying them. Overall we had a very positive and receiving response to kick start our first Pride@SAP India initiative!”
~ Lakshmipriya T (Administration Specialist, Cloud HCM Engineering) 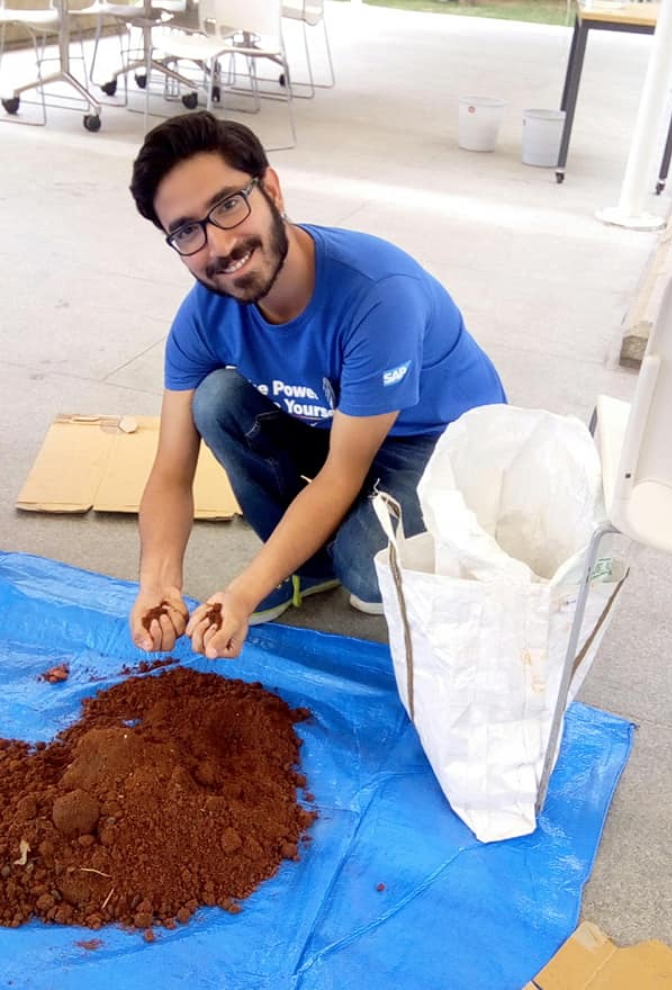 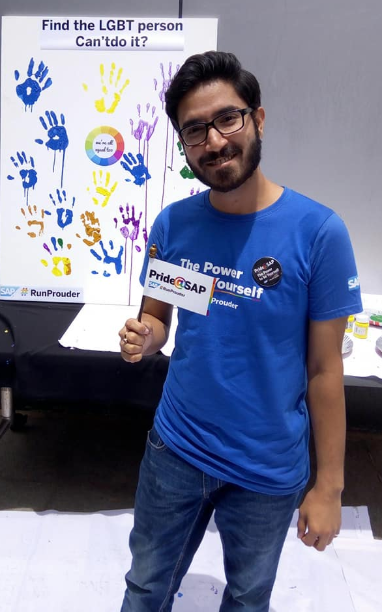 “The Event followed by the march did not only provide us several information about the social life of people falling under LGBTQ category but also the Laws that we have in India considering them. It also made us familiar with the kind of problems they face socially as well as emotionally and where we are also contributing into it. It made us realize how we perform a very important role in their life and the ways we can support them. I hope these kinds of informative and supporting events focusing on diversity inclusion to be organized more frequently at SAP.”
~ Jwaladeep Agarwal (Developer@SAP)

Sahana Shetty sharing the efforts put in by her team at ANZ to support the community. 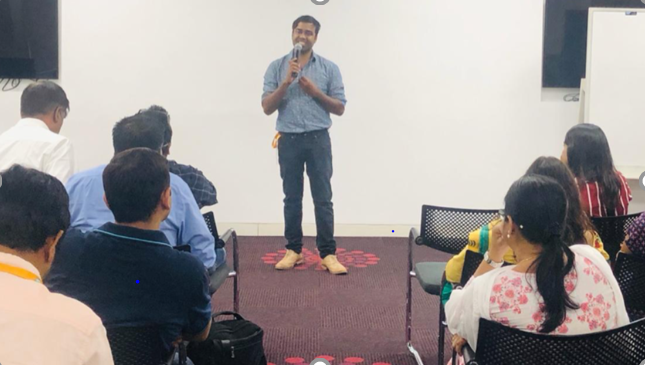 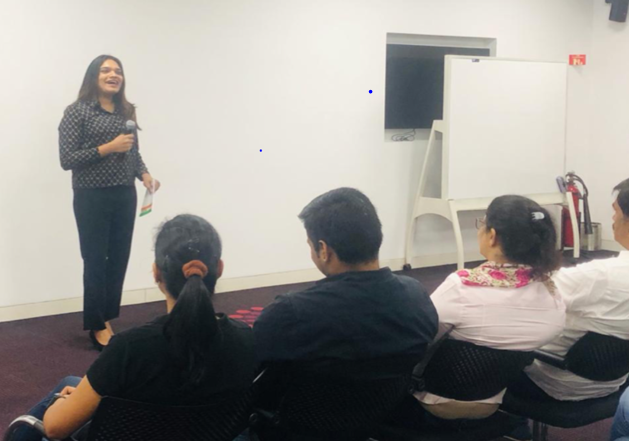 In June, we celebrated Pride Month with a Pride March across SAP campuses in India where employees of SAP in India showed their support by participating in the Pride March. 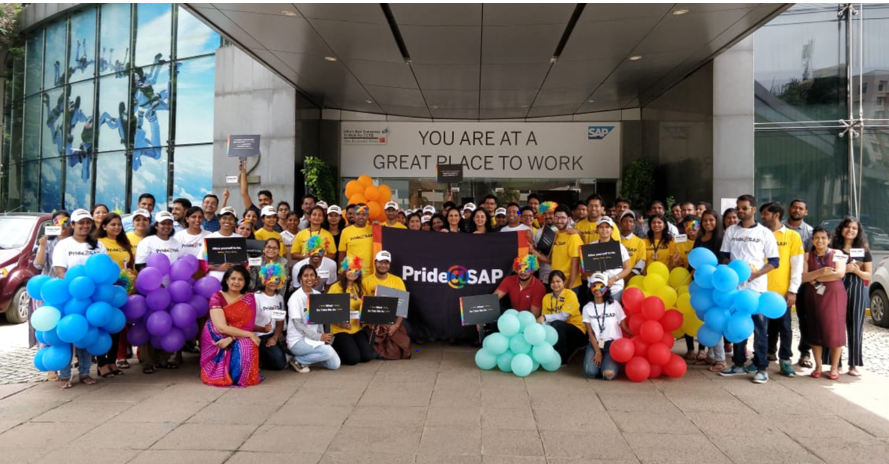 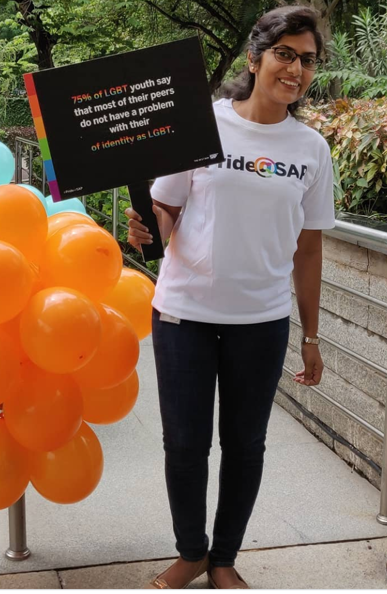 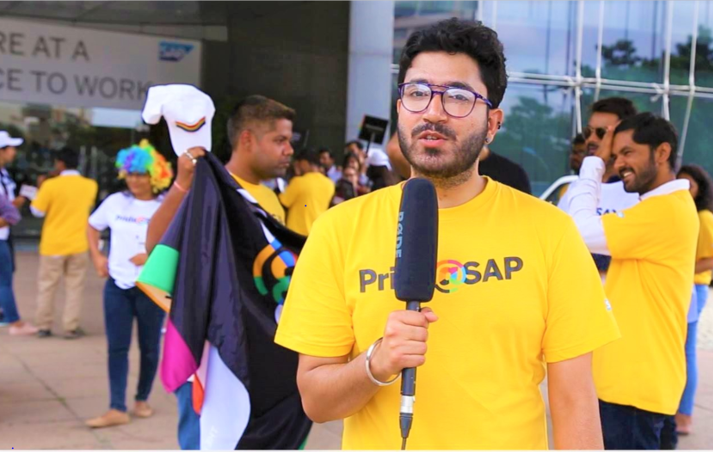 Ally community attended Transgender Enablement session on 19th June at Solidarity Foundation, Bangalore. This session covered topics like challenges faced by the trans community, how to enable the trans community and provide support on various aspects like, counselling, support while creating awareness on the grant provided by Government.

We organized Pride Lunch with the Ally Group in the Pride Month (June) to create awareness among the colleagues for LGBTQIA+ community. 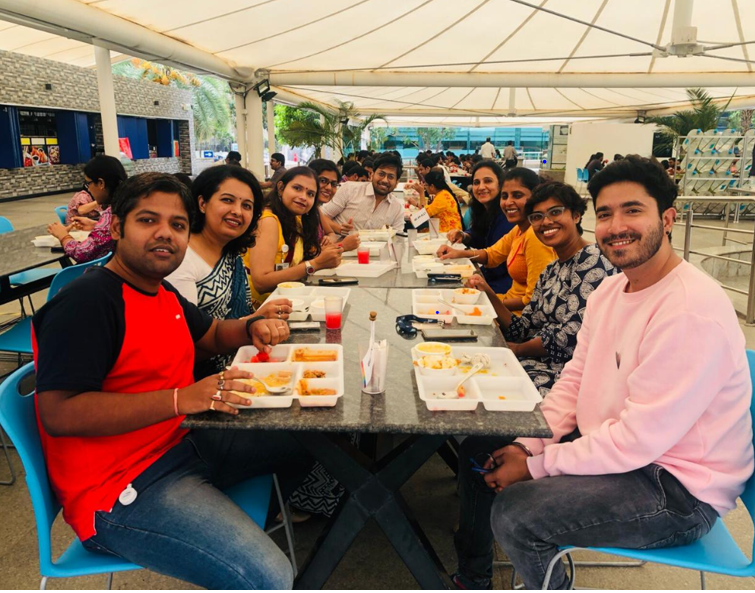 2020
This year started with rolling out the Inclusion Session officially in the month of March. Via this session member of ally group deliver a presentation about the LGBTQIA+ community and its importance at workplace.

“This was a very insightful session and an eye opener to many. It is very important for one to empathise and understand the need to be inclusive overall. By habit, one would definitely be biased in approach and might engage in a discussion not being very inclusive. In a global company like SAP, it is very important that all employees live and preach inclusivity as part of their DNA. Only then we can proudly say we run better together in the true sense of together.”
~ Sriram K.N
(Director – IoT, SAP Digital Supply Chain | Lead – Inclusive Culture, Diversity & Inclusion, SAP Labs India)

“It takes a lot of courage to be able to talk about such a sensitive topic in public. And yet, the content was delivered in such a beautiful way that it changed my thought process completely.”
~ Priyanka Tyagi (Qualification Project Manager – Strategic Partners) 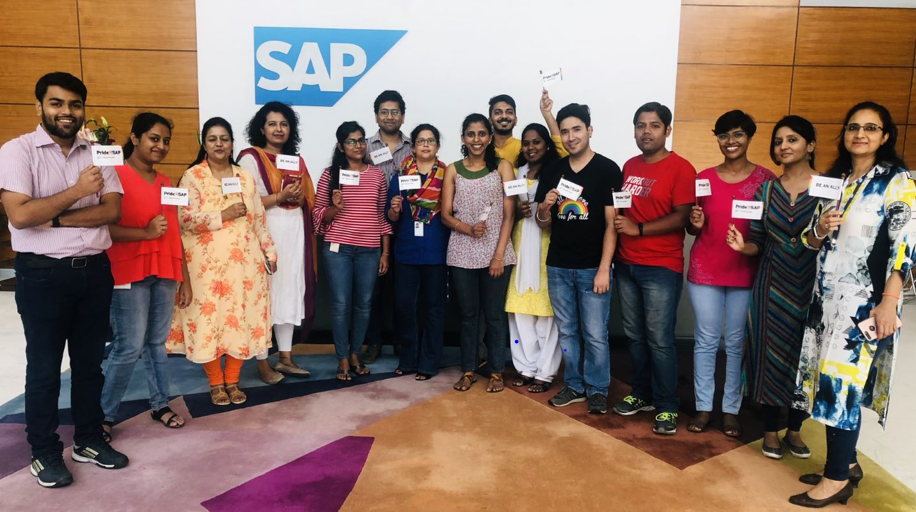 For more read refer below blogs:
An old friend in an unknown identity
My humbling journey into the unknown world of Allies
Nobody likes to be left out
Everybody Gains From Diversity @ Workplace
https://blogs.sap.com/2019/06/12/live-your-life-and-let-others-live-theirs/
https://blogs.sap.com/2020/02/11/inclusion-is-the-key-to-success-prideatsap/
Love knows no gender
The smiling rainbow: What changed after coming out?