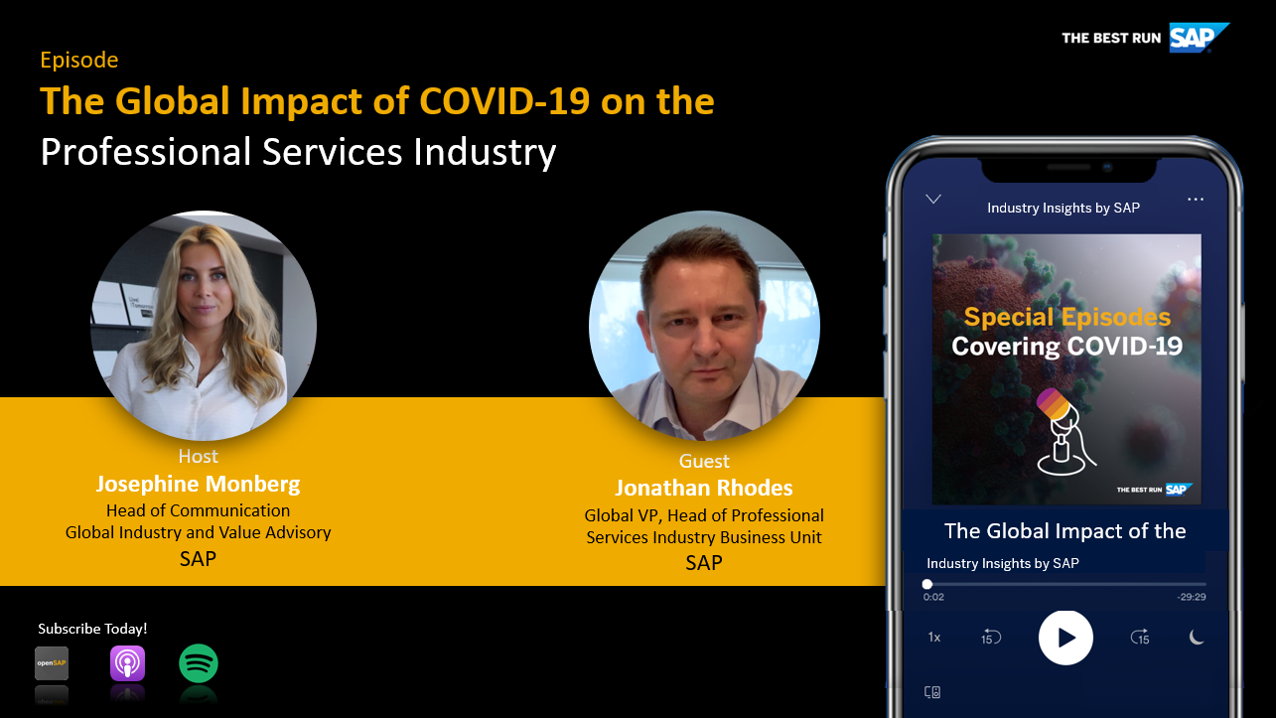 On this episode of Industry Insights by SAP, Josephine Monberg interviews Jonathan Rhodes, Global VP and Head of Professional Services Industry Unit at SAP. Jonathan gives his perspective on how the professional services industry has been impacted by the coronavirus pandemic and how technology will be able to help going forward.