Not really sure what I’ve gotten myself into, but when SAP Online Track was announced three months ago, I threw my proverbial hat in the ring and offered to do a session about “Setting up a central ATC-system – the long, long winding road to get there” (based on my similarly named blog post from 2018). My proposal was accepted and made it’s way into the schedule as SOT108 for Saturday, May 30 between 18:00 and 18:40 UTC (20:00 to 20:40 CEST): 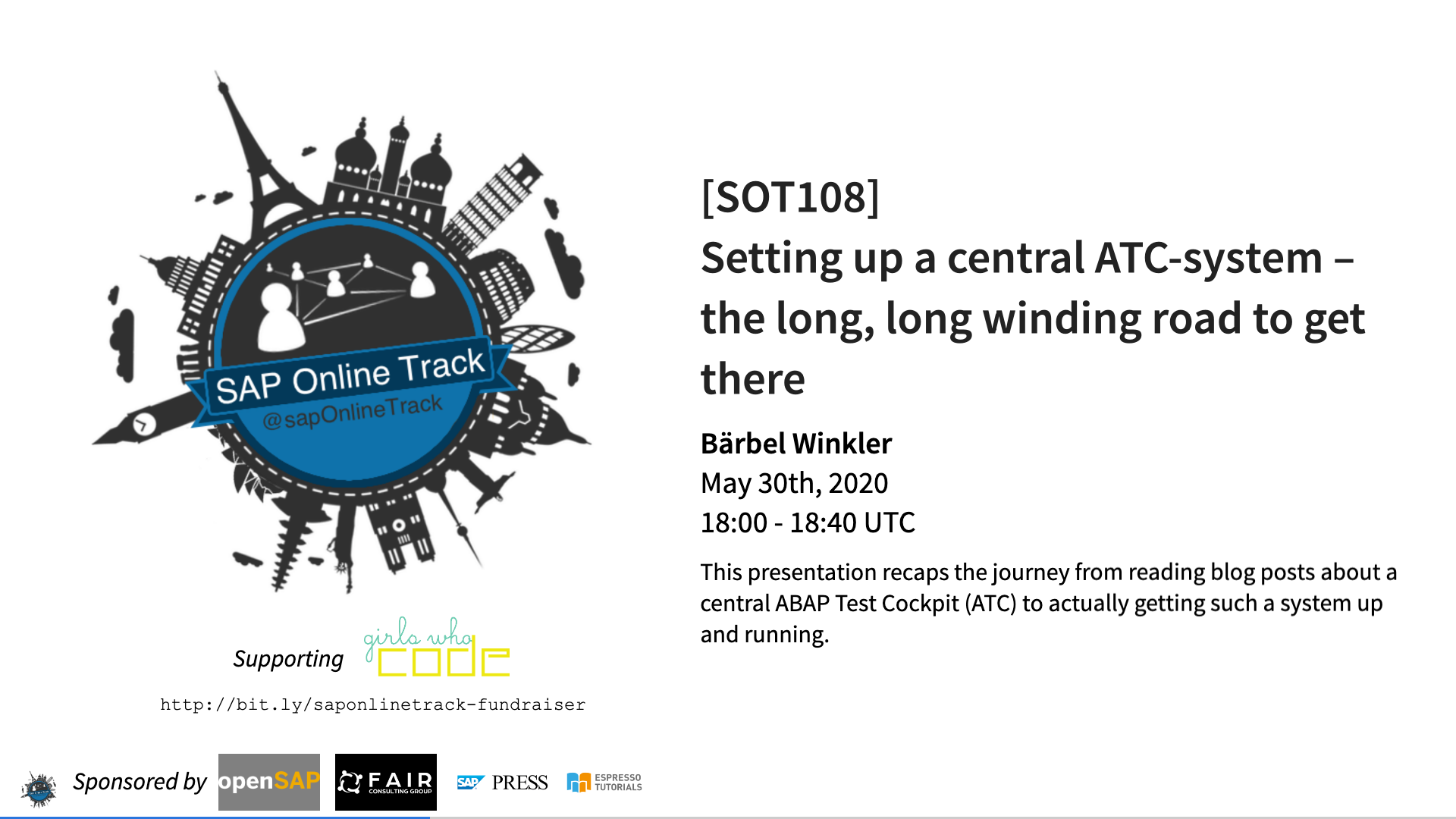 The organizers made three options available for us of how to present our talks which Ronnie André Bjørvik Sletta explained in a blog post: easy-mode (sharing the presentation via Discord), offline-mode (aka pre-recorded) or DIY-mode for those adventurous enough to do the streaming themselves. At first, I went for easy-mode but in the run-up to the event it turned out that it would be helpful for the team if some of us went for offline-mode instead. By that time, I already had a rough and ready pre-recording – created from within Powerpoint to check my timings – so that was an easy switch for me to make!

In my short presentation I’ll retrace the many steps along a – well – long, long winding road to get a central ABAP Test Cockpit (ATC) system up and running. There’ll be ample time for your comments and questions in the live stream chat on YouTube and if you are interested in the session, you can already set a reminder for the YouTube stream.

I’m also looking forward to participating in several of the ~ 50 scheduled sessions next weekend and watching the recordings of many I’ll not be able to catch live because they’ll be streamed during my night or happen concurrently with others I’m interested in. I’ll most likely focus on ABAP and SAP Community related sessions but who knows what I’ll actually end up “sampling” during those 24+ hours? 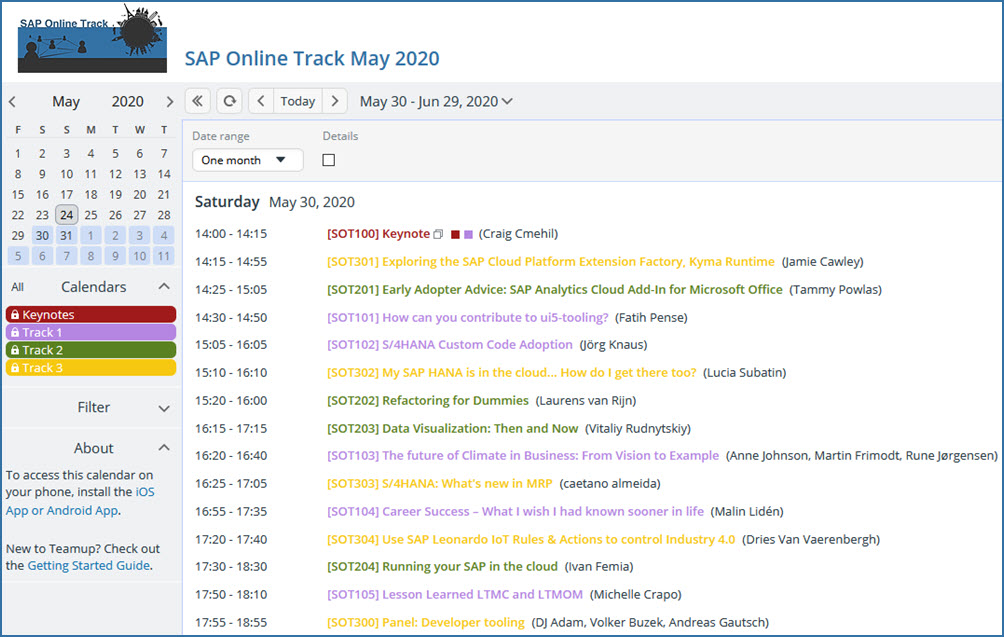 How about you? Have you already picked and chosen the sessions you’d like to join? Over the course of this week, more blog posts about SAP Online Track should show up here to whet your appetite and help you to select your favorites. I’m for example already looking forward to Paul Hardy‘s session which apparently comes with a “Poltergeist” and which he announced here – but, it’s one of those I’ll have to watch as a replay due to its timing. You can also head over to the SAP Online Track YouTube channel to setup reminders for sessions to then get notified when they are about to be launched. Following SAP Online Track on Twitter is also an option to keep up with things. Hope to see many of you joining the fun!

And last but certainly not least, a big thanks to the team coming up with this great idea even before the Corona pandemic put a general stop to in-person events and for organizing what is bound to be a very memorable and timely event: Jakob Marius Kjær,  Ronnie André Bjørvik Sletta, Anne Johnson, Katan Patel, Nabheet Madan and Srikanth Peri!

Thanks so much for the kind words and the excellent overview about your expectations and presentation options.

We are just excited and thrilled about the support we got from the sap community to do such a big event.