Rockin’ All Over the SAP World

Thus, started the Live Aid concert in 1985 (though technically the very first song was “God Save the Queen” but we will let that go) one of the most famous marathon charity fund raising events ever. Starting next weekend at 12 Midday UTC Time, Saturday 30th of May 2020 we have the SAP equivalent, namely “SAP Online Track”. 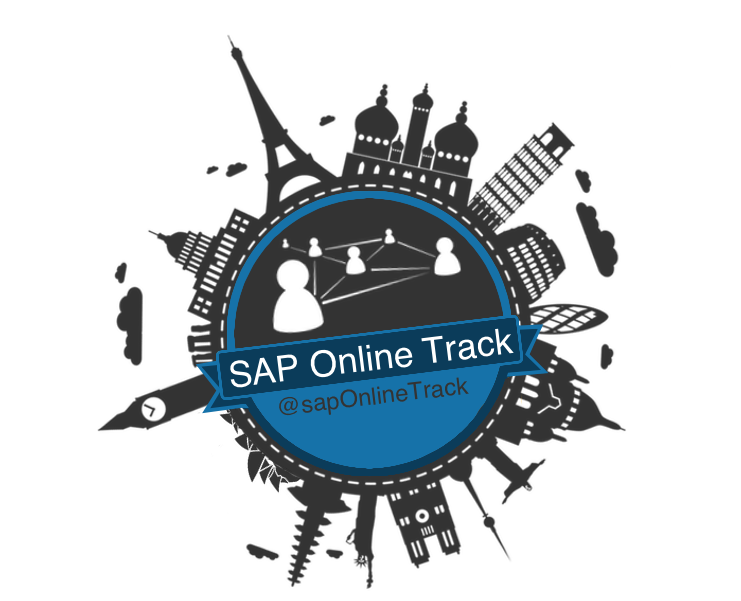 This is a free event, though it is also a fundraising event to raise money for the charity “Girls Who Code” which aims to end the massive gender disparity in the IT industry, which is why I made the Live-Aid analogy.

Instead of actual rock-stars singing songs we have the SAP equivalent rock-stars i.e. the type of SAP experts who present at SAP Inside Track events and SAPPHIRE NOW and SAP TECHED.

This will be probably be the biggest SAP online event ever due to the fact it runs for 24 hours and has three streams i.e. far more than 24 hours’ worth of content. It is all live streaming on YouTube so you can see anything you missed after the event. In fact, the hallmark of a good set of content in a physical conference is when for every time slot you want to see all three presentations.

That is impossible to do physically, but here it is no problem. Also, if you want to ask the speakers questions afterwards you do not need to bore the pants off the rest of the audience at the end of the speech, while they all squirm in their seats and wish to sneak away without anyone noticing, especially just before the free beer, you just ask as many questions as you want online. You’ll get more detailed answers as a result.

In fact, if this goes as well as I think it will, physical conferences in the post-virus age are going to have to buck up their ideas a lot to compete with this sort of thing. 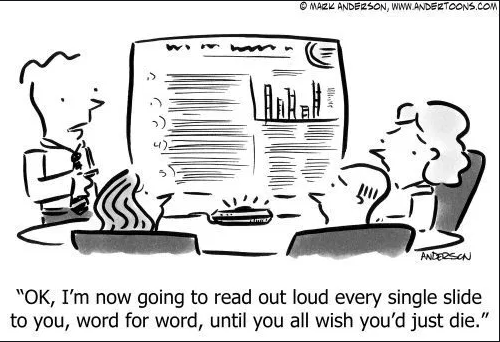 A big problem at a lot of former SAP events I have been to is the presenters making the session mind numbingly boring, no matter how interesting the underlying content. The problem does not exist so much at SAP Inside Track events. I wrote a blog about what NOT to do: –

One-line summary – don’t read out your slides! I have tried my utmost to get this message a cross to all the presenters in the forthcoming event, if not to the entire universe.

The organisers also gave this link as similar advice: –

The point being we are all going to see if we can lift our games just a bit, such that not one presentation bores the pants off the listeners. After all, in a virtual session, as an audience member, you don’t have the problem of everyone looking at you if you decide to walk out ten seconds after the speaker has started.

OK – that’s about the event in general. What am I going to be talking about? 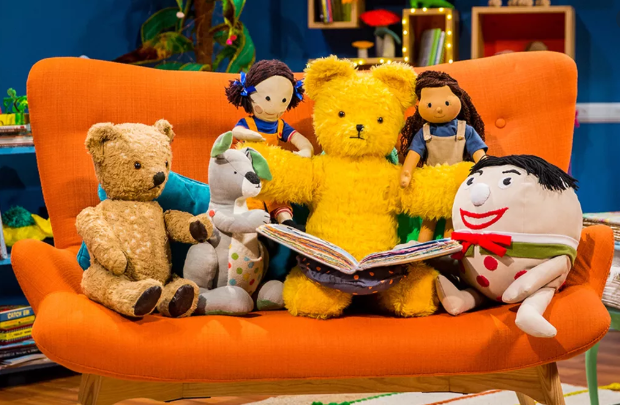 Are you sitting comfortably? Then I’ll begin.

Once upon a time there was a Big Bank in a country called Australia that was in a heap of trouble. You see it had three so called “ERP” systems which it used to run its business, all sort of integrated with each other, all of which were in such a dire state that the slightest bug fix or improvement made everything collapse in a heap. Oh Dear! Oh Woe! Oh Misery!

That meant they were no longer able to implement in their computer systems all the new and innovate ways they came up with to rip off their customers in an immoral if not actively illegal manner, run of the mill behaviour in Australian banks at the time, as highlighted in the recent Australian Royal Commission e.g. charging dead people for life assurance, and, for example, one bank making over 23 million breaches of the anti-money laundering and counter-terrorism financing act relating to money coming in and out of Australia from Europe and Asia.

They were distraught. A bank that cannot constantly come up with new scams is no sort of Australian Bank at all, so what was to be done? They engaged what is known as an “IT Consultant” and he analysed their situation and said your problem is that all three of your ERP systems are 100% composed of what is known as “Legacy Code”.

“What in the world is that?” said the bank and the consultant pointed at the following book: – 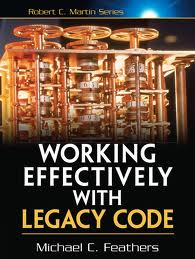 “Just do what it says in that book” said the consultant “and you will be all right”.

“Hurrah!” said the bank “Can we hire the author himself?”.

“I don’t see why not!” said the consultant and so phoned up Michael Feathers who said yes. I would point out at this time that neither Mr. Feathers nor the consultant knew that Australian banks were baddies. No-one did at the time, not even the vast majority of the bank staff.

Mr. Feathers said he regularly did courses to organisations where he taught the principles in his book, but this time he had a slight problem as one of the three ERP systems was something called “SAP” and he had never had to apply his examples to the strange ‘ABAP” language it used as 99% of the programmers in the world do not use ABAP.

“Oh Dear!” said the consultant, “I will do a quick Google Search and no doubt find millions of ABAP Programmers blogging about Legacy Code and automated Unit Tests!”.

He did just that and the bad news was there were not a million such blogs. The good news was that there was at least one, and only one, and it was this one: –

Crumbs! It was me! It looked like I was the only ABAP programmer in the world at the time who took unit testing seriously!

So, the consultant phoned me up and asked if I would be willing to get involved in the project, converting some of the examples in the course into realistic ABAP examples. Now, I didn’t know that banks were baddies either, so I jumped at the chance. The idea of working with Michael Feathers sounded great to me.

I sent him (MF) my chapter from “ABAP to the Future” about Unit Testing and then I phoned him the next week and he told me it seemed like I knew about tests. Whoo Hoo! I know about something! This is going to be great! And it is going to look fantastic on my CV!

Alas – it all came to nothing! The bank decided that the whole concept was far too radical, and they would just go on as before, making changes, breaking everything, and then fixing it as best they could. I was gutted at the time.

In retrospect it may have been a good thing that the whole project did not go ahead, because that way, after the findings of the Australian Royal Commission years later in 2019 in regard to the Banking Industry, neither the consultant, Michael Feathers or myself could be charged with being an accessory to an organisation that abducts and eats small children, and strangles puppies. 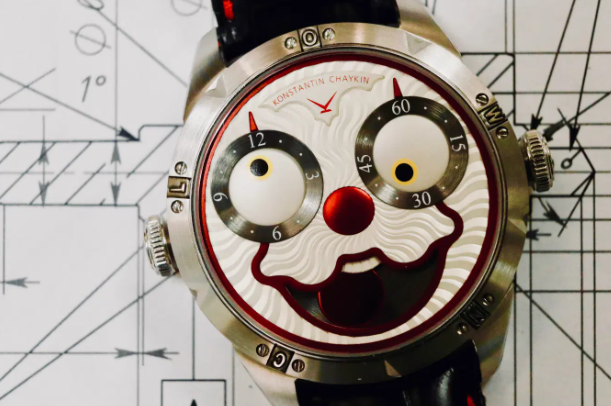 The years go by and one day I suddenly get a chance to practice what I preach at work. I actually have a gigantic monolithic program which is 100% Legacy Code. Can I do in real life what I happily tell other people to do?

As it turns out yes, I can, and it is going swimmingly. So much so that I feel it should be the subject of a presentation to the whole wide world, and SAP Online Track provides the ideal opportunity. Here comes the presentation description: –

To end, I would like to the deal with most important aspect of my presentation – the EGG MAN.

The Beatles once said: –

I am the egg man

They are the egg men

I am the walrus

That did not make a great deal of sense, even back then, but now in 2020 the Egg Man is back, and he is going to do an important job for me.

At three points in my online presentation you will see, somewhere in the slide, this: – 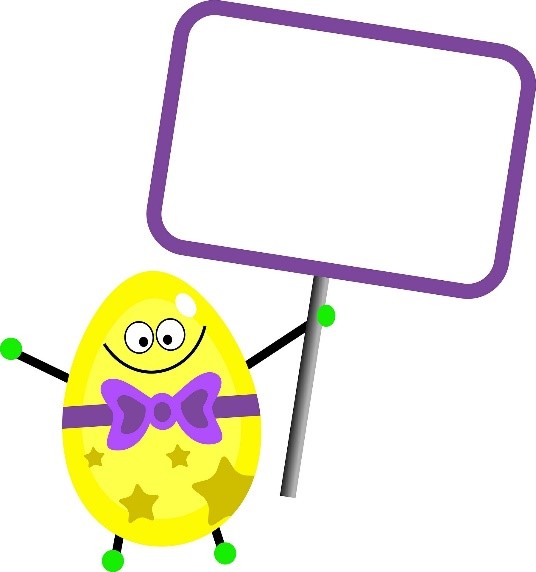 However, his placard will not be blank. Each time it will have a different word on it. Make a note of each word, put all three words together and post that phrase as a comment to this very blog.

The very first one to do so will win a prize.

Next weekend is SAP Online Track. Check the links above, make a note of the presentations you are most interested in and …. See you there!

What a cunning stunt ?

I am not a developer, but I am forced to converse with them occasionally with regard to testing and functionality, so I will be attempting (God willing and system issues, etc) to watch as much of this as possible.

Not a developer either, but will try to watch and present.

there will be no system issue, since this is a rolling weekend, right?

cheers to all the presenters and watchers!

If you send me a direct message via the SAP Community site, then you can give me your email and I will send you the secret key needed to claim your prize...

I can't send you a direct message.
You have to follow me so I can send you a message.