Credit check in SAP can be set to take place at the creation of sales order, delivery and at goods issue in a typical order to cash cycle. A sales order is blocked for credit if the credit exposure exceeds the set parameters for credit limit / control for that customer and then a ‘Documented credit decision’ DCD is created as a Case in FSCM in S/4HANA as in below image. Credit manager or Credit analyst decides whether to release (or reject) the sales order for credit block. 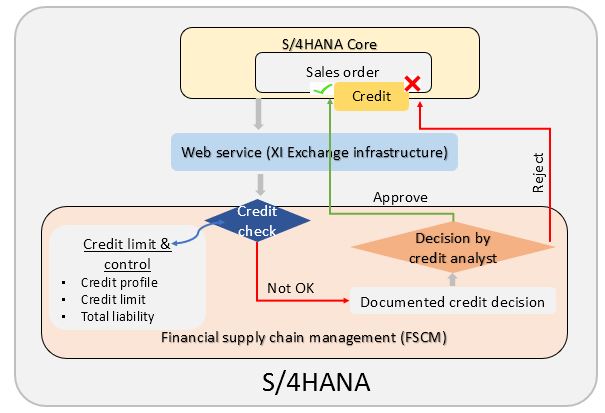 Below image shows a sales order blocked for credit and a DCD created as a Case in S/4HANA 1909 release. 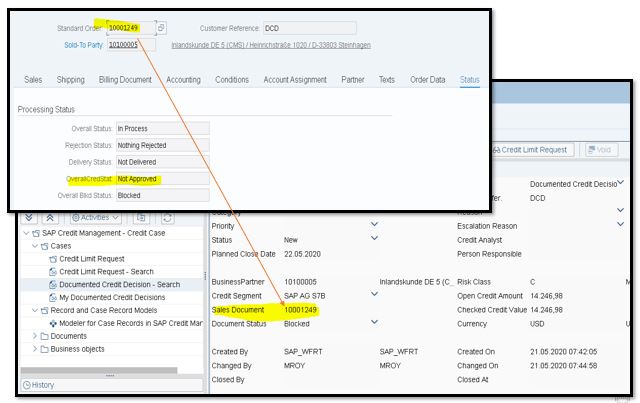 Now, if this DCD is approved by Credit analyst , then the sales order gets released subsequently as shown in below image. 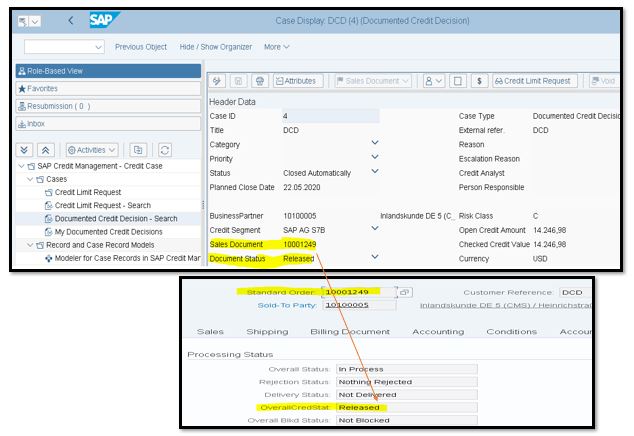 Now, this solution of DCD has been enhanced in S/4HANA 1909 release. In real life, this DCD should be approved by a credit manager / analyst i.e not by the person creating or working with sales order. With 1909 release , the task of creating the DCD is delegated to the generic workflow user (SAP_WFRT) to avoid the requirement of credit management authorization to a sales person . The event created for DCD for a blocked sales order is shown in below image. 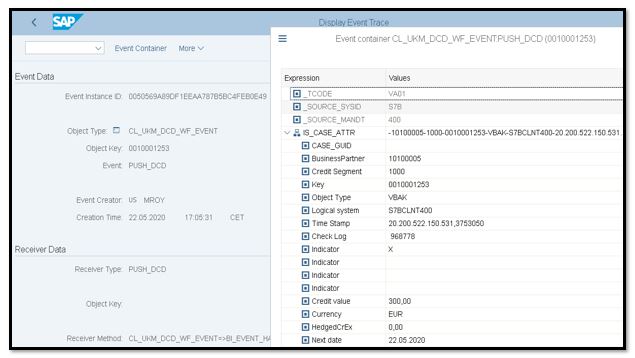 The important configuration for creation of DCD through Workflow in S/4HANA 1909 release is the below setting in SWE2. 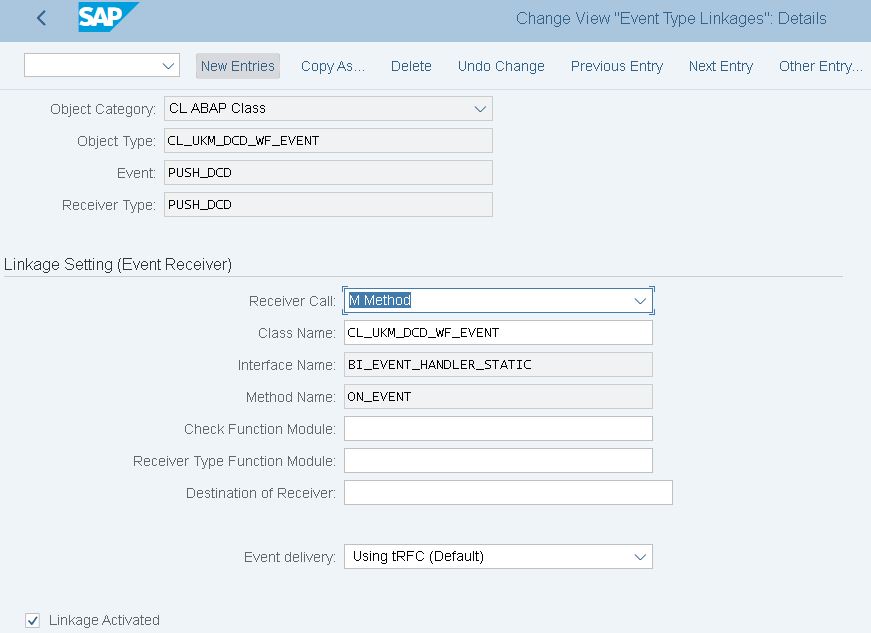 Refer the SAP Credit management configuration guide as in below link for more details.

This creation of DCD through workflow makes the credit management solution more robust.

This blog is based on my personal insight, observations and tests. Will appreciate your feedback and comments.