My blog explains my experiences with the third method of direct data transfer using “Migrate Your Data” Fiori App and the various stages executed to perform migration from Classical EWM 9.5 to Decentral EWM on S/4 HANA 1909.

In this blog, I have taken the example of “Storage Bin Migration” to explain various steps involved while running “Migrate Your Data” Fiori App. This migration technique posts data to the target system using standard application programming interfaces (APIs).

Following are the main prerequisites that needs to be satisfied for using Direct Transfer Method:

To carry out the storage bin migration, assign authorization or roles to the user for the following objects:

Run /ui2/flp from the target EWM system on S/4 HANA 1909 and access the installed Fiori App. 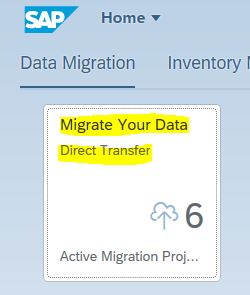 To proceed next, one needs to first create the new migration project in the “Migrate Your Data” app, by filling name of the project and by selecting the migration scenario as “SAP EWM to Decentralized WM on S/4 HANA 1909”. RFC connection to the source system needs to be also selected while creating the project. Provide the warehouse number for which the storage bin migration should be executed. 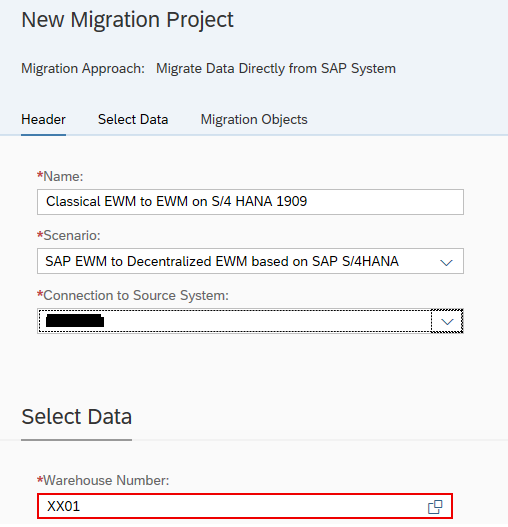 Example shown in my blog is for the “Storage Bin Migration” project, as created below.

The migration project will typically offer following objects for the data migration:

Dependencies of one data object to another should be taken care by making sure predecessor object is selected first for migration.

Selection Criteria involves Storage Bin data, which is automatically selected for the storage bins assigned to the migration-relevant warehouse numbers.

Following is in the scope of storage bin data selection:

Following is in out of scope of the storage bin data selection:

The migration of Warehouse Stock will create all of the above.

When the action “Select Data” is performed, only those storage bins will be selected for bins would have the stock (note: Empty bins would get deleted by program before the selection of data). As shown below in the migration project created for storage bin migration, 265 instances were selected by the program. 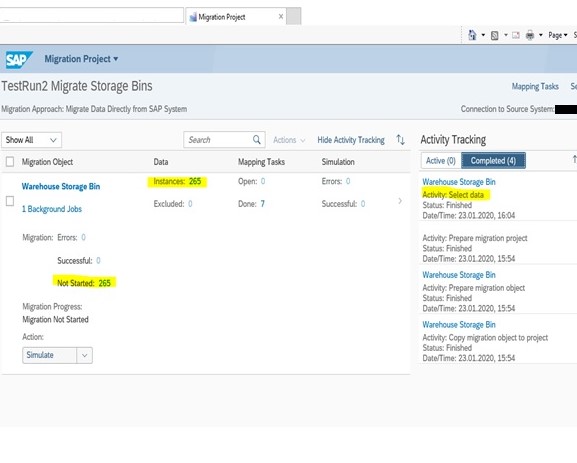 Before you proceed with the “Simulate” action, it is mandatory to confirm “Mapping Tasks” created automatically by the migration project.

Following shows the example of mapping tasks and values created for storage section.

After all the mapping tasks between source and target EWM systems are completed, the simulation run can be executed by selecting next action “Simulate”. One can select All instances of the data in order to perform the simulation run. 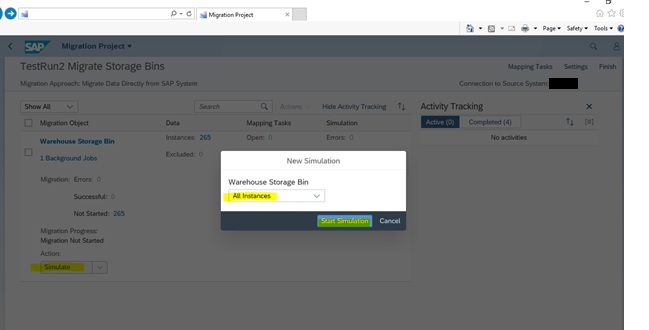 Following picture shows that simulation run for all selected 265 data instances has been successful and none has gone into the error.

After selecting the next action “Migrate”, one can start the final migration run for all the previous selected & simulated data instances, as shown in the below picture. 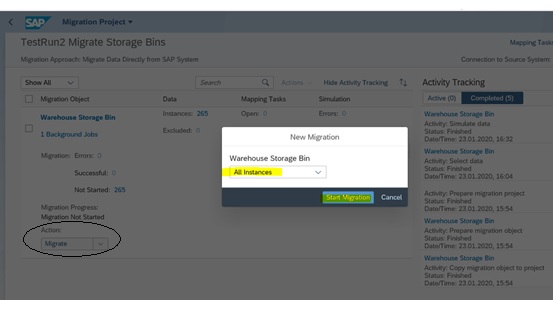 Once the “Migrate” action is over, the error/successful/not started status would be shown by the Fiori App. In our example, it shows that all 265 storage bins were successfully migrated. One can also perform the step of “Validate” the migrated data in the target system upon the migration run completion using below options:

Using “Migrate Your Data” Fiori App that leverages upon the direct transfer method, the data migration run is executed successfully for storage bins, from Classical EWM to new EWM system on S/4 HANA 1909.

Is this feature is available only with S/4 HANA 1909, but not prior versions?

Yes, pls. go through these important notes if you're interested knowing about direct transfer method.

Well explained and it's really useful. Thanks Prakash.