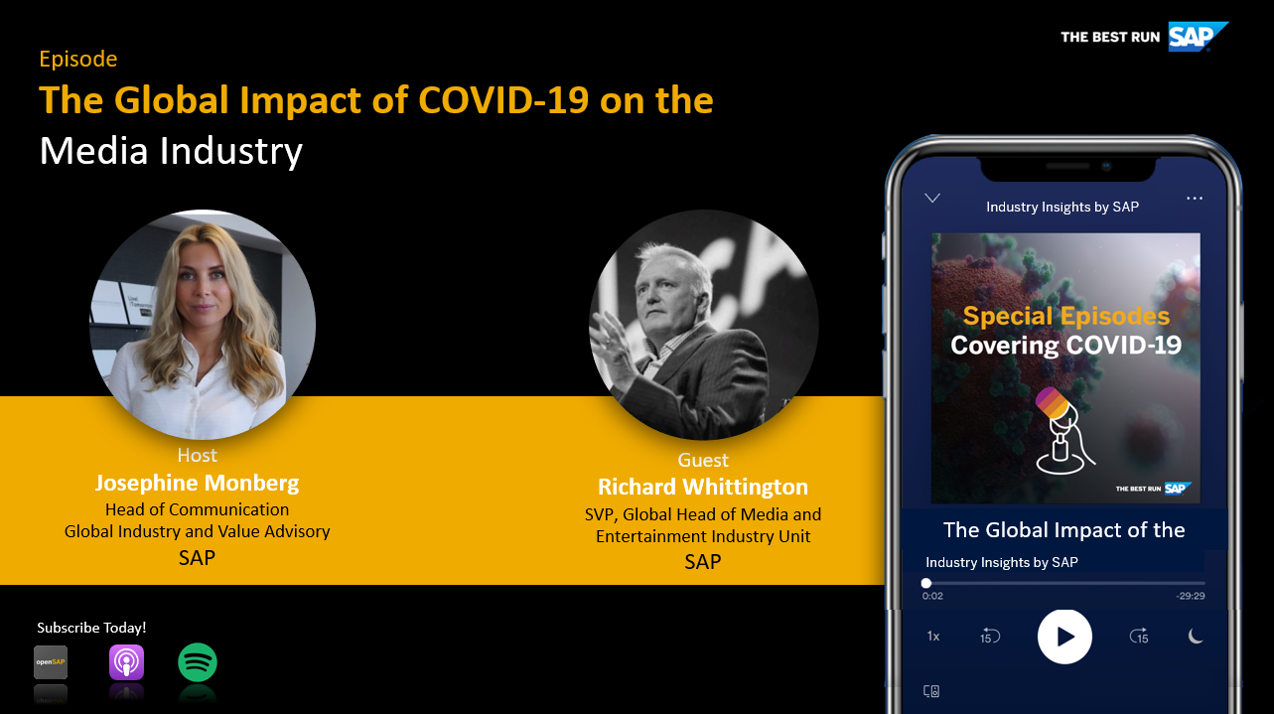 In this episode of Industry Insights by SAP, Josephine Monberg hosts Richard Whittington, Global Head of Media and Entertainment Industry Unit at SAP. Richard dissects the various aspects of the media industry and shares how the pandemic has impacted each one of them.