Last Friday my friend Jochen dropped in for a coffee at my place. We talked about life, and since we are colleagues we also discussed work related things. It feels like spring to be able to meet again in physical space. And it’s quite easy to organise a meeting when you live close-by in the city. Naturally we kept the safety distance, as nobody wants to run the risk that the ‘R’ rate creeps up and triggers a second epidemic wave. Well, nobody isn’t entirely true. One out of 6 Germans is in favour of the protests against public measures. The paradox is that public gatherings against restrictions might result in more infections and the tightening of restrictions. I hope that this paradox won’t end up in a vicious circle where unreason and personal discontent turn around a system, which in my opinion is based on reason, scientific findings, and a balance of powers. The right to demonstrate is a basic right in Germany, and people use it on a regular basis. Our public measures are substantial, and have been existence-threatening to many people. I can understand why some of them are using their freedom of expression, even if I personally disagree that it’s the most appropriate tool in the current situation. Anyway, I believe that the crisis makes visible some structural problems which have been existing for a long time, and that protesters might have diverse reasons and motivations. And I am concerned, because I would like to contribute to a system which aims high ‘to help the world run better and improve people’s lives’.

Ann Rosenberg’s Purpose Network made me aware of the UN 75 survey. The questionnaire allows you prioritise a number of global challenges. When I saw the bar diagrams on the responses of 80k+ contributors, I felt how small my own challenges are compared to what’s threatening humanity. It’s a simple trick, but it always works for me. Just change the frame of reference and look at things from another system’s perspective. If you haven’t access to a computer you can watch the the starry sky at night. It will have the same effect. I also thought that some of the global challenges can be met by science and technology, but for many others economists, jurisprudence and heads of states are in the lead. So here are my 2 cents on what will improve people’s lives: we will consume less and produce better products, especially in rich countries such as Germany. A circular economy will replace an economy that works on the assumption that a free market fixes everything. Education and free access to information will hopefully shift power towards knowledgable and wise decision makers. Freedom of thought and decision making also requires self-discipline and changing habits of individuals. After all, the required changes have not only an ethical, but also an esthetical dimension. Artists will translate the values of a new humanism into audiovisual and wearable messages, and will create a global culture that is attractive for many.

A few things I have experienced in the past couple of weeks gave rise to a moderate optimism. I just finished my first Working Out Loud circle. Initially I was sceptical if the concept would work at all. So I decided to try it out. Now I think that John Stepper’s idea of organising peer-to-peer conversations is really useful if you want to work on your own goals and develop the right habits. I was surprised about the discipline and engagement of my Circle members. I believe that together we managed to create a psychological safe space where we could openly talk about personal concerns and ambitions. In the context of a corporate environment I find this quite remarkable, as conversations about such topics usually have a smack of performance reviews. Competition is an strong motivator, as everybody knows who has practiced serious sport. But it’s not always the best environment if you need to learn new things or want to be playful and creative.

Bits & Pretzels is a conference for founders and enthusiasts from the start-up scene. Last week I joined their Live Event, because they had quite an interesting line-up. Christoph Magnussen, a well-known speaker in the area of New Work, came up with some catchy statements: the attitude of New Work is that work can make people stronger, not weaker… A shared enemy unites everyone, and the current crisis also implies big opportunities for changes… Problems force you to realise what situation you are in, and what you can do right now… The core question is what you really want to do… We could use this energy and change something… Some companies still treat their people as children… You don’t need to motivate people, you just have to take away the roadblocks. I don’t disagree with Christoph’s statements, but I am taking them with a grain of salt, because not all employees are the same. For some the blurring lines between work lives and personal lives are positive, because they can act self-determined and proactively. For others these blurring lines are negative and stressful, because they want to keep work lives and personal lives separate. I can imagine that the second group is not able to consider the crisis as opportunity at all. On the contrary, they will expect that the top brass comes up with solutions soon, so that they can work again like they used to.

Pascal Finette, an author and futurist, shared some interesting thoughts as well. He said that the current crisis is a good illustration of exponential developments. People are used to think linearly: now, next, beyond. The exponential development of the crisis implies that the now and next collapsed into ‘right now’, and beyond means ‘after the crisis’. The “COVID-19 bump” accelerated technology and adoption many times. One implication Pascal already sees is that companies will need less office space, as more people will work from home. At the same time, people are looking for bigger houses, as they need extra rooms. Now that Twitter employees can work at home forever, what’s to become of its headquarters?. In a previous Unreal blog I asked a similar hypothetical question about the planned relocation of our SAP Munich office to Garching. Pascal rightly says that at the same time, while we are dealing with one exponential change, other stuff such as AI and robotics are being developed further. Therefore another interesting question will be where and by when these technologies will trigger the next exponential changes. 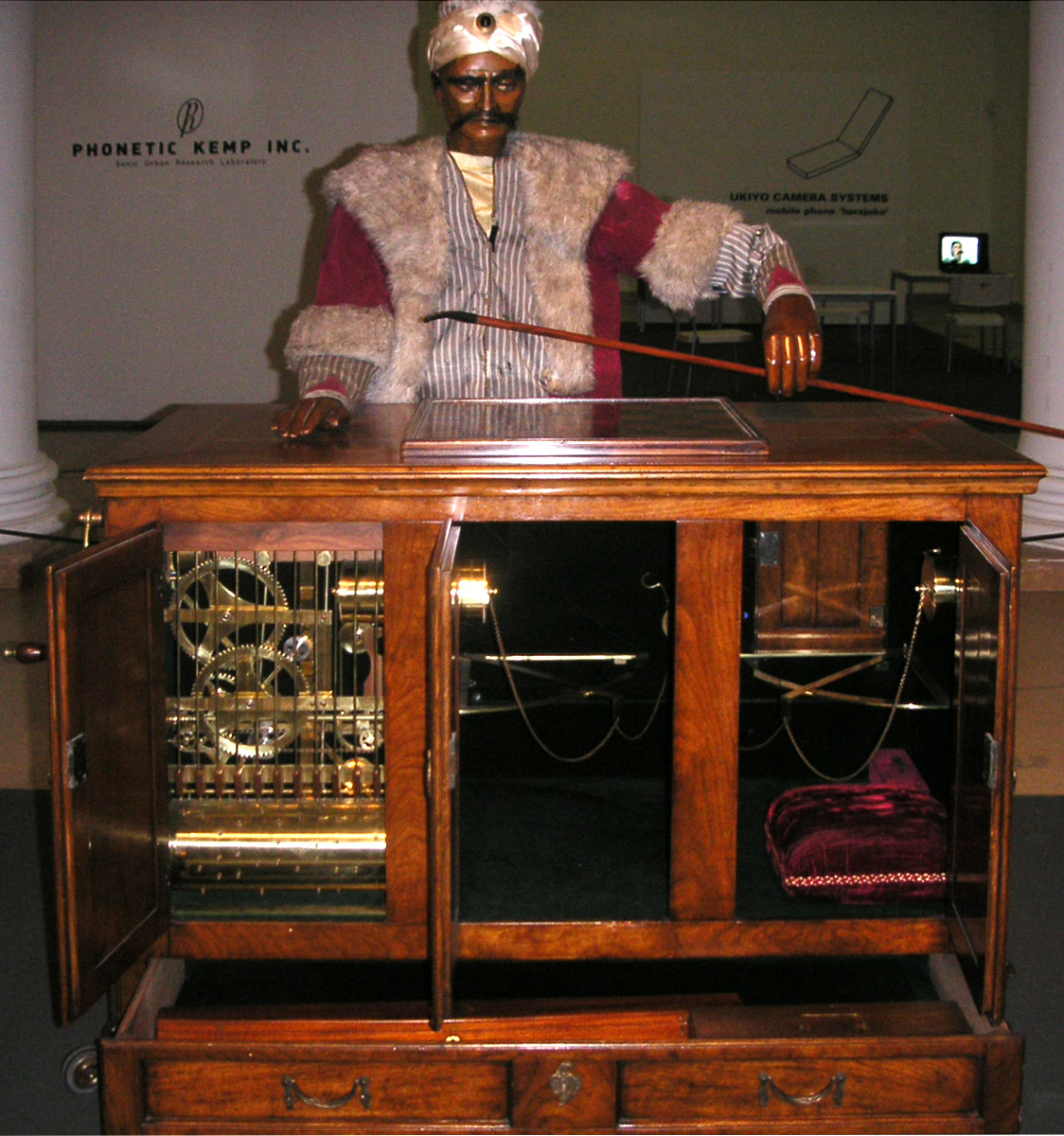 Our company is preparing for the controlled re-entry into the work atmosphere in Germany. Initially only very few people will be allowed to return to their offices, and it is still unclear when canteens and coffee corners will be opened again. Everyone agrees that we can be very lucky and are privileged that none of our jobs is at risk, while one out of 6 Germany employees is currently on short hours. Since March over 30 million US citizens have lost their jobs, so even working on short hours could be seen a privilege compared to the situation in other countries. An when I watched the documentary ‘Der unaufhaltsame Aufstieg von Amazon’ about the working conditions of gig workers I was ashamed of myself to be a contributor to the Digital Transformation. Has the digital divide split society into a digital literate elite and countless low-paid servants? If this were the case what would be the future for masses of unemployed people? In my opinion we can’t neglect these questions in our discussions about New Work.

The computer pioneer J.C.R Licklider said: Men will set the goals, formulate the hypotheses, determine the criteria, and perform the evaluations. Computing machines will do the routinizable work that must be done to prepare the way for insights and decisions in technical and scientific thinking. An article in my favourite car blog Petrolicious characterised Germany as a well-oiled, technologically advanced place that makes up for a lack of emotion with a knack for engineering. I think there is some truth in this stereotype. Perhaps we are a bit matter-of-factly, but as a German and European citizen I can’t help but thinking about complex systems from different perspectives. Perhaps it’s the right time to augment our vision for an Intelligent Enterprise: The Intelligent Enterprise should augment human intelligence, and it must not place humans under the control of a guardian. As the first key requirement of the Ethics guidelines for trustworthy AI says: AI systems should empower human beings, allowing them to make informed decisions and fostering their fundamental rights.