In this blog, I will introduce how to use the new function Dimension Combination Rule to allow data input and publish only on valid member combination across dimensions. The feature has been released in version 2020.07.

Another user case is sales strategy that some products are only allowed to be sold in some locations. Hence there should be relationship between Product dimension and Location dimension.

How to define Dimension Combination Rule?

When defining the rule via dimension attribute, hierarchy node is NOT supported. Member used in combinations are treated as leaf members.

Let’s take above rule as example. 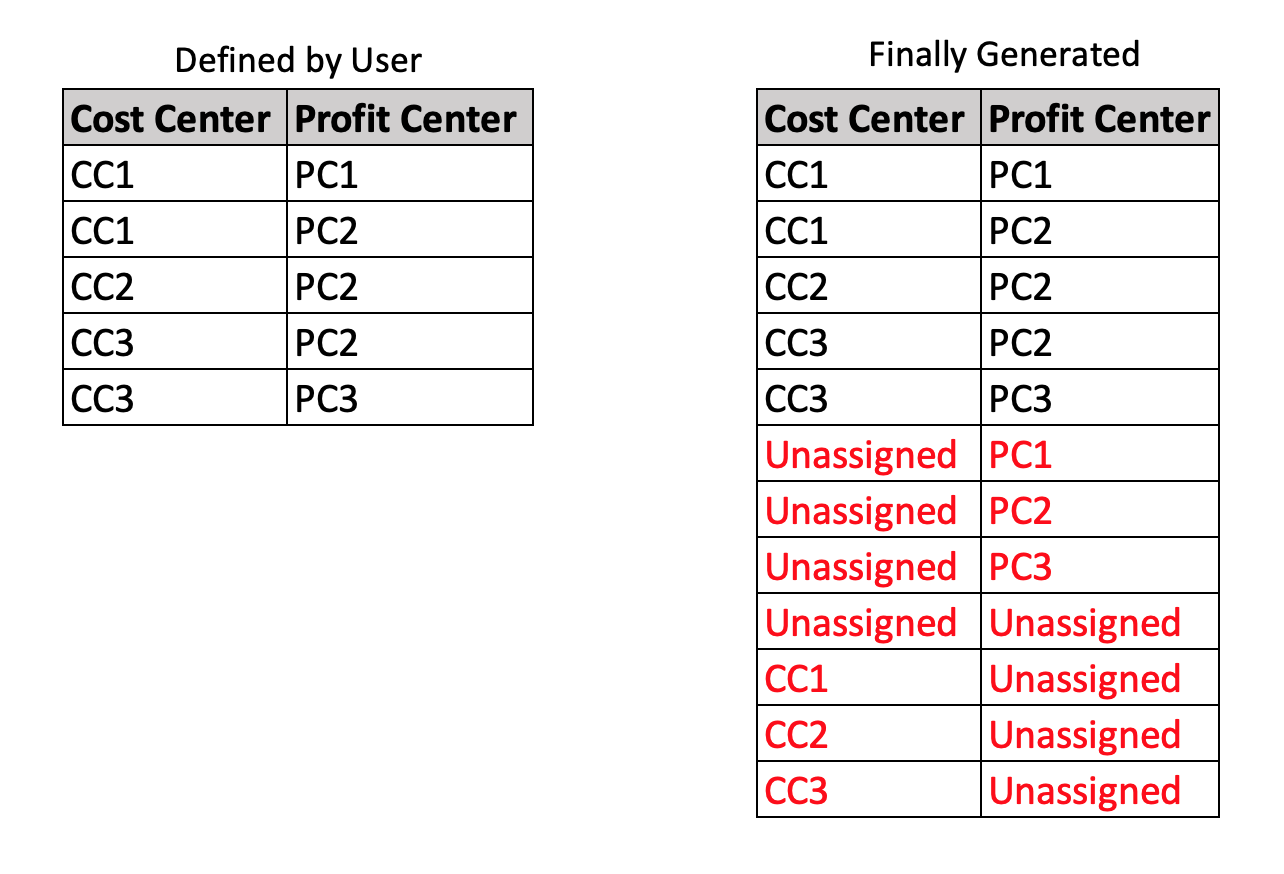 In the SAC story, add Cost Center and Profit Center in the story row and use unbooked mode to show all the base members in the table. 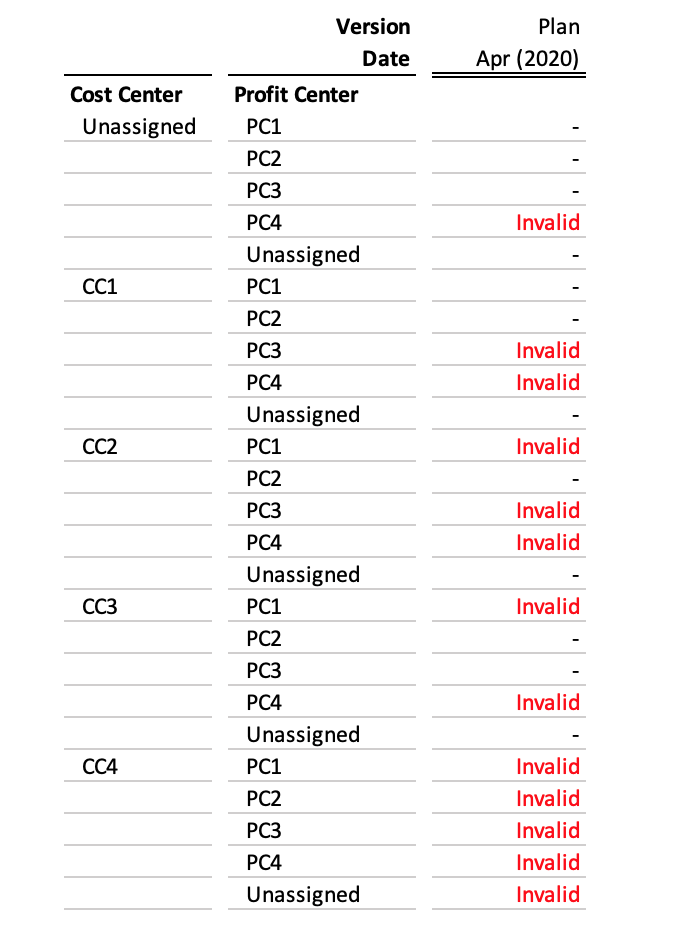 Then, you would get Data Entry restriction when trying to input data into the table.

Currently, not all the functions use dimension combination rule. 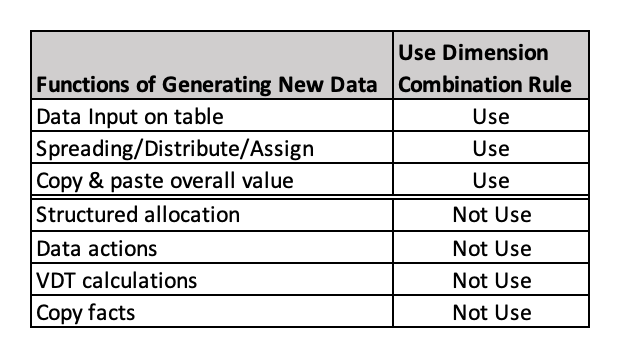 There are still chances that invalid data is created/modified in private version, These invalid data changes are NOT allowed to be Published to public version.

When click Publish Data button to publish the change to a public version, Dimension Combination Rule will be checked again. User will have the choice to cancel the Publish and go back to story to correct data on invalid combinations, or go ahead with Publish then invalid data changes will be lost. 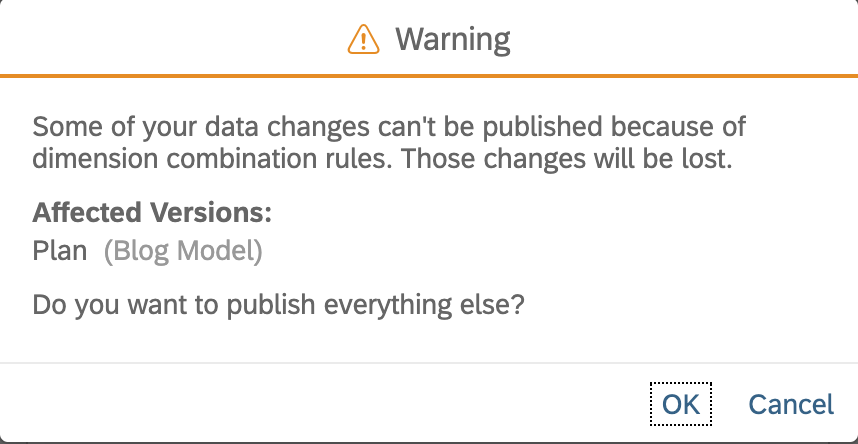 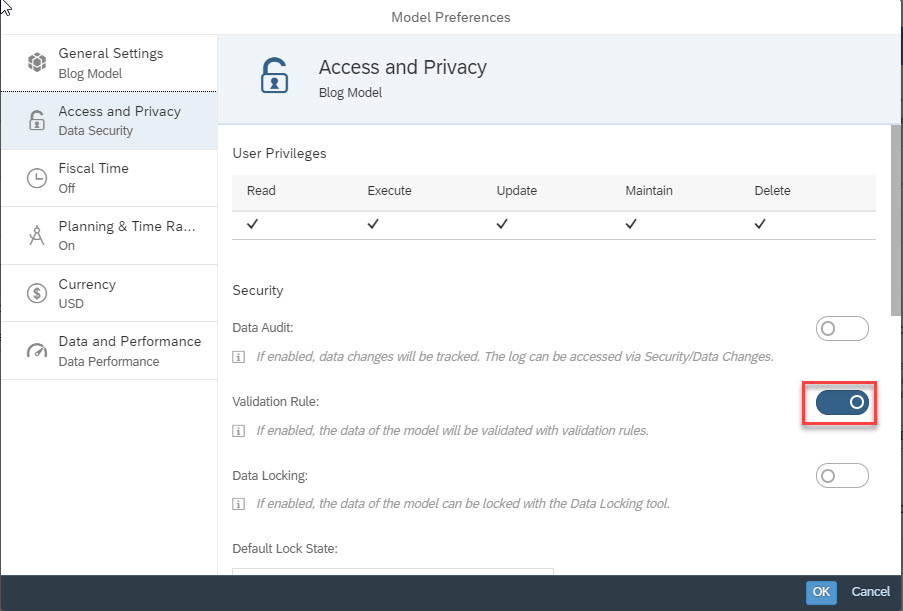 Another limitation is that you can only have properties in SAC with 170 characters, so for example you can only create a list of maximum 16 profit centers if they would have a maximum length of 10 characters. Also, users are not informed which combinations are invalid.
So, it's not really useable now for complex scenarios. Please develop this further into robust functionality, and if so, really looking forward to use it.

You are right. Because of SAC dimension property has the length limitation, it cannot define a lot of members in one property. This feature will be continuously improved, which could allow user to define combination rules more flexibly and could support more complex scenarios.

is there a way to show only valid combinations even with "unbooked" ?

In the example above with CC and PC, only valid combinations need to be shown to the business user in a standard planning layout. A report that shows data on invalid combinations is good, too but that would be more a superuser / admin task.

Would be great to have this option.

Thanks for any feedback & best regards,

Thank you for your feedback and your request is valid.  This enhancement has already been considered in our development team. Currently, we are still working on the investigation on the solution of how to reach this.

I have the same request and really hope this is coming soon.

Hi Kilar, is there any update on this?

Currently, there is no update for this request. Will update you when I get anything new.

Hi Kilar, is there any update?

Currently, there is no update. But our team is taking this as high priority and try to align it with all the related teams to figure out the solution. Will update here after I got the updates.

Looking forward to hearing something

It´s possible to do the same between models?

For example I have a Model with a internal ordere dimension and other model with profit center dimension, and the Internal Order has Profit center as atribute.

Currently, the dimension combination rule could only be defined within model. 🙂

Thanks Kilar, it's a shame, that would have been very helpful

My simple case is - > i have sites and they only sell particular categories of products, in the planning (which has no data by default) i need to only show valid combination of Site & Product category dimension, otherwise whole table becomes unusable. Currently even with enforced rules all combinations of 2 dimensions are shown.

I have also noticed in the Improvement ideas (https://influence.sap.com/sap/ino/#/idea/237887/?section=sectionDetails) that this seems to be released?

Will appreciate your feedback.

For table only show the valid combination, it is in our backlog already and we are still under investigation on the solution of it. Will update when it is ready for customer.

Can anyone confirm if the validation rules setup within the model will be applicable while importing the data into the model via Flat File.

For now, validation rule is NOT applicable to importing flat file.