However, as we know there are planned system upgrades to target system which makes system unavailable during certain time and if GRC System has already scheduled Jobs which are suppose to run during that downtime then these Jobs are going to fail due to broken Communication with Target System.

In order to address this problem and our commitment to keep reducing TCO for CCM Jobs, the newly developed feature will facilitate the adjustment of New and Existing Jobs, as a result the Jobs will continue to run when the System is available post downtime.

Release Information : The feature will be available for GRC 12.0 Customers SP09 onward. However customers on lower SP can implement note 2889719 to use the feature.

–A New Application to maintain Planned downtime(s) per connector. Silent features of the new functionality

Once down time is started, it can be extended or reduce as required.

This is in nutshell provided overview and usage of the new feature, Please leave your comments if you need more information. 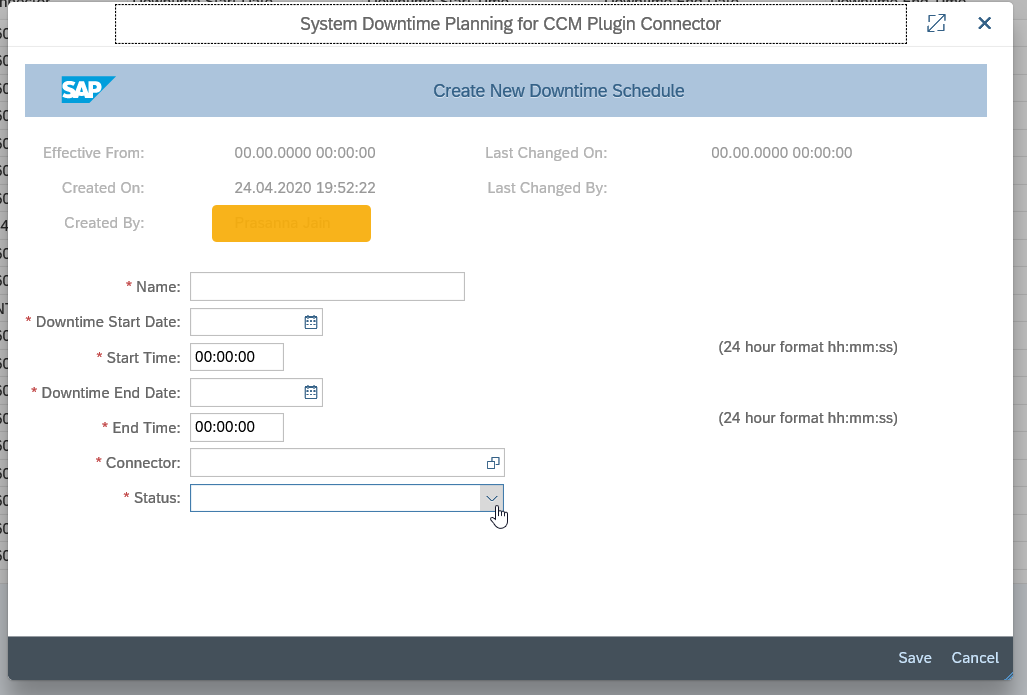