Below article briefly talks about what entails optimization and its widespread reach across day-to-day users and enterprises.

Optimization techniques (or prescriptive analytics) are used to determine optimal solution (best decision) to a problem, formulated in form of (linear/non-linear) mathematical “Objective function” given the set of “Decision Variables” bound by a list of (linear/non-linear) mathematical “Constraints”. Modern day optimization problems can have several million decision variables and are typically solved using sophisticated “Solvers” such as IBM CPLEX, Gurobi or FICO Xpress. Most machine learning algorithms solve an optimization problem internally using methods like “Gradient Descent”, thus optimization has become an important part of analytics-based solutions in Enterprises.

In rest of the article, I will show how SAP Data Intelligence provides end-to-end orchestration platform to host, compile, solve and execute an optimization problem that could fall in categories listed above.

As a sample scenario, I am considering a Diet Optimization problem. The objective is to get the cost optimized balanced diet, based on list of ingredients and cost of each ingredient. We will see Step-by-step on technically implementing this Optimization problem which falls under Mixed Integer Programming (MIP) Problem in SAP Data Intelligence.

SAP DI ML Scenario Manager can be used to create a single Dashboard where all artifacts related to an Optimization problem can be stored and managed through their end of life. Artifacts like data-sets: Datasets (or) Model Formulation file (in LP format), Jupyter Notebook for experimentation, Pipelines for optimization solvers producing solver output.

Go to SAP DI Launchpad and click on ML Scenario Manager as highlighted in screen shot below: 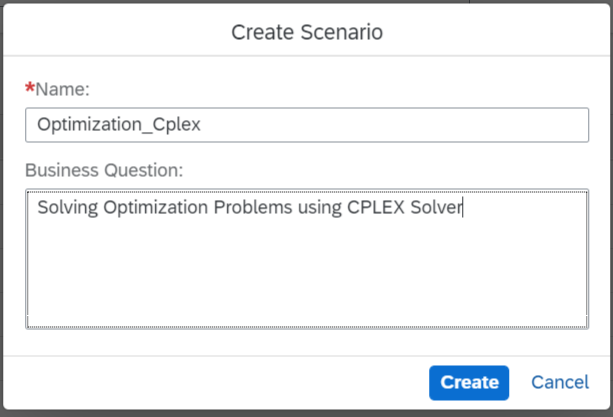 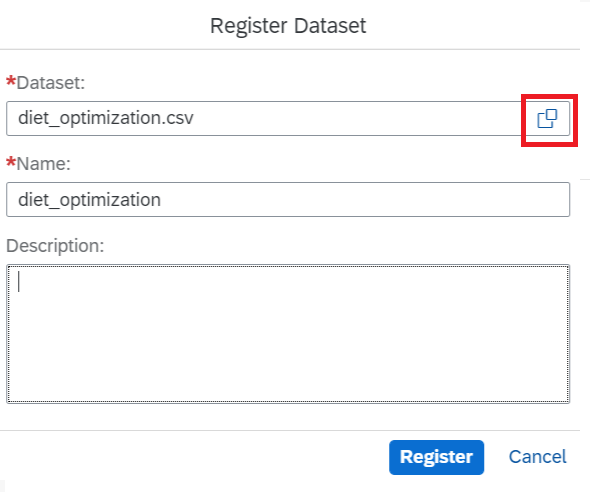 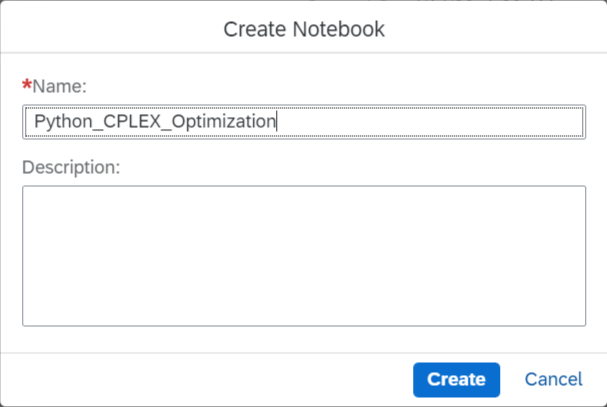 Next, the application control moves to Jupyter Lab environment where the system prompts to select the kernel. Select ‘Python 3’ kernel and hit ‘Select’.

Below image shows the declaration of objective function as “Minimization”  function and runs CPLEX Solver to “solve” the formulations.

O/p of above Solver’s exercise can be viewed as below:

Next section of the blog addresses specific asks from customers on hosting Optimization solution on SAP DI:

4. Multi-users concurrency for Optimization Applications in SAP DI and achieve user parallelization? (not discussed this article)

Lets proceed to see how SAP DI addresses above scenarios:

Steps to install IBM CPLEX Solver in SAP DI are as follows:

Second Step is to create required docker file with relevant tags in SAP DI. For installation of               licensed version one of the ways is to incorporate s/w license in Docker file (as applicable and           highlighted).

Tags File: ‘byolcplex’ is the custom tag for the docker file.

Above process leverages BYOL capability to host 3rd party software like IBM CPLEX and enable their run-time. We will see next how the CPLEX run-time can be used directly in SAP DI henceforth.

For Customers who are largely Windows machine users and have their optimization code base on windows platform, it’s required for them to recompile their raw optimization code in Linux environment to execute in SAP DI. It was also observed that preferred programming languages for coding optimization problems are C++ and Python. Hence one of the pre-steps is to get the re-compiled C++ & Python Windows based code and generate static Linux binaries.

I have consolidate all docker commands in a single docker file which can be found below:

Summary:
Above article shows how SAP DI can present a single platform to solve different Enterprise Optimization problems and can host different 3rd party solvers within platform. In subsequent blog, I will be covering the scalability, multi-user concurrency and resource consumption analysis in context of same optimization problem using Kibana and Grafana services that SAP DI offers. 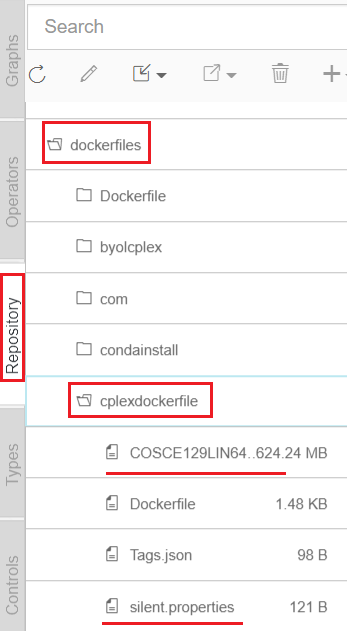 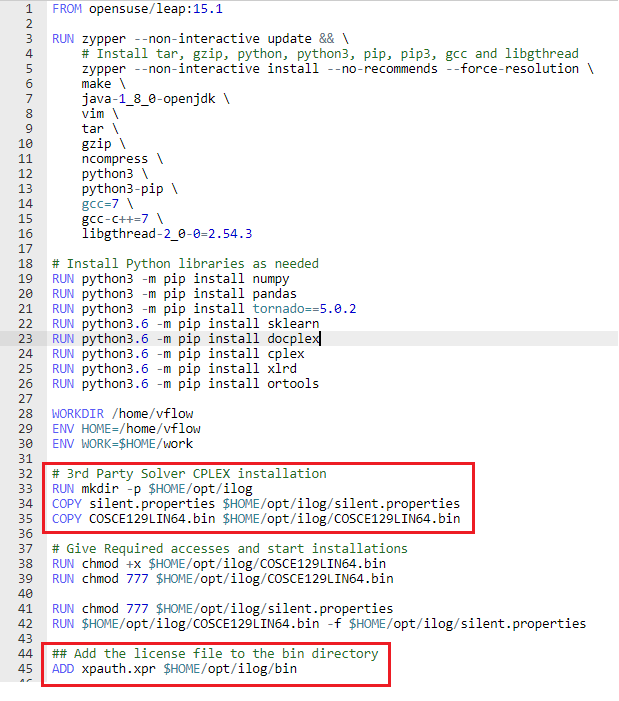 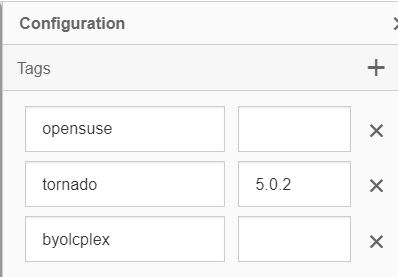 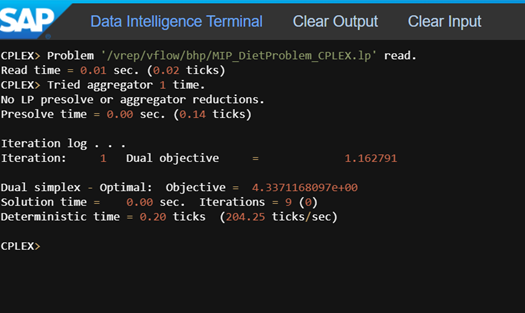 Hi, very nice explanation of how to use CPLEX. Can I maybe just asked do you have a link to the dataset "Diet_Optimization.csv". My apologies if I missed it on the page. 🙂

I need also. Where can we find the dataset “Diet_Optimization.csv“?

Amazingly explained thank you for sharing.