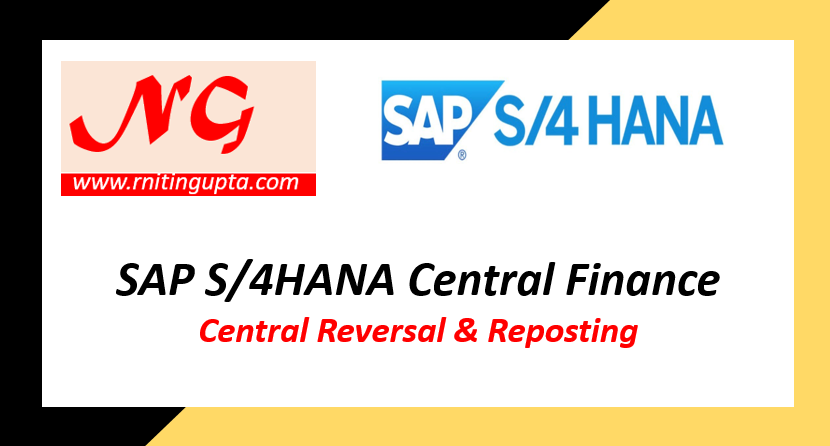 Lot of time it happens that document posted in ECC is correct but when it is replicated to SAP S/4HANA Central Finance system the document properties are not up to mark or are wrong and that document is not fit and needs to be either changed or deleted & re-replicated and this may happen due to the fact that when data is replicated there are several factor in the mid-way which influence the document posting in Central system like mappings, enhancements etc.

Document posting may be wrong due to: 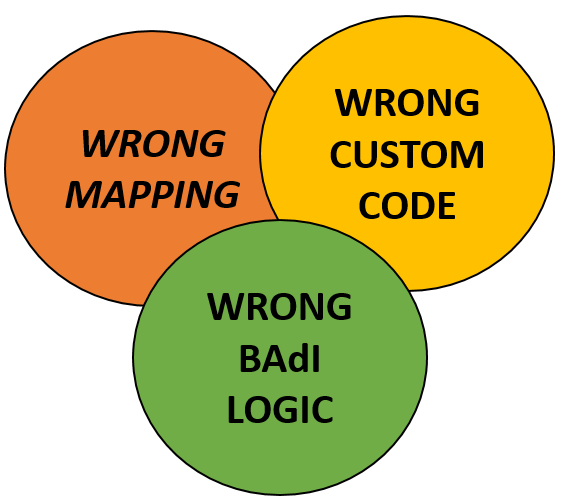 SAP provides functionality called – Central Reversal & Reposting in which system will allow the reversal and reposting of erroneous documents in the Central Finance system. The reversal is realized as an inverse posting (technically) based on the data which was sent to the accounting interface when the original transaction was posted.

To correct the error document you can either go to

Program – RFINS_CFIN_REVERSAL_REPOST or you can simply run this

Security team – ensure you maintain this transaction is emergency role only and the user has the authorization to read and post documents for the company code(s), ledger group(s) and document type(s) of the selected documents.

When program is executed, the system displays all documents replicated by Central Finance that match the entries made in the selection screen. User can only reverse documents for which an AIF message exists. These documents are generally highlighted on the output screen. If users run the report with the option Reverse and Repost, the output screen provides an Execution button and the you can then select the documents that you want to reprocess.

It is also possible to run the report as a background job. In this case the system directly executes the reversal and repost for all documents that match your selection criteria.

Also this functionality have some restrictions:

All we discussed is for financial Accounting documents

Central Reversal with reposting the Controlling documents is also available via

Since in CO documents we don’t need clearing functionality so it is more easy to use and also since CO uses SLT for replication.

After the document is successfully reversed, the system will automatically carry out replication again for the document, based on source data stored in AIF. The result of the reversal will be displayed after the execution of this tool, while the result of the replication should be checked separately in AIF. If the user enters a document that has already been reversed by this tool, reversal will not happen for this document but the system will still replicate the document again through AIF. A reversal document will not get replicated again.

Hope it will help you to correct the wrongly posted document.

Informative Blog again. Let's say if a document needs to be reversed and reposted again due to incorrect mapping, when do we need to correct the mapping, whether it needs to be done before reversal and repost. If so, then whether the change in mapping will impact the reversal document also,

For instance, say Vendor X in source system should have been mapped to Vendor A in CFIn system and by mistake it was mapped to Vendor Y. Now should be the sequence followed. Do we need correct the mapping first and then do reversal and reposting?

If mapping needs to be corrected first, then will impact the reversal document also?