The recorded presentation of the What’s New 2004 for SAP Intelligent RPA is available here.

The SAP Intelligent RPA team is pleased to share with you the new features and improvements of the 20.04 release. Please note that some enhancements were introduced with the 20.03 release.

Starting with the 2003 version, some of the quotas in the trial version of SAP Intelligent RPA have been increased:

For more information on the available quotas in the trial version, see the corresponding page in the SAP Help Portal.

Convenient activities that you can drag and drop in the Desktop Studio allow you to: More powerful SDK functions are also available to give you even more control over the extraction of text from readable PDF files. 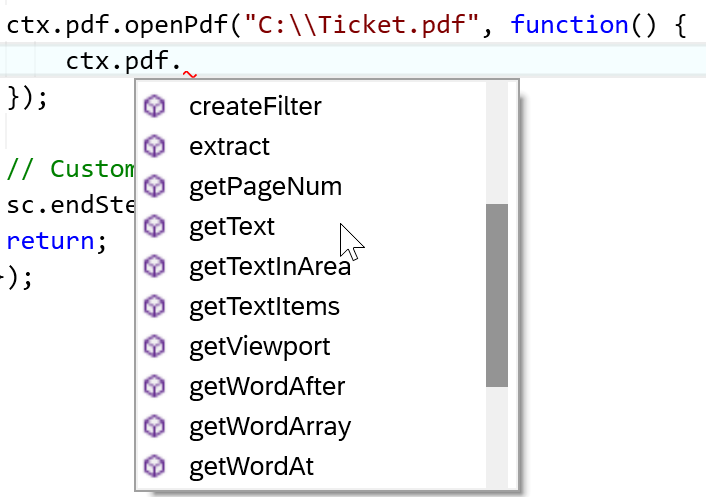 Enhancements to SAP GUI for Windows

Further connector improvements are available with the SAP Intelligent RPA 2004 release, including enhancements to SAP GUI for Windows.

A new “Click Button Cell” activity is now available for the GuiGridView component, making it possible to click a button that’s in a table cell.

In addition, new scrolling features have been added for the GuiUserArea component:

Multi-template matching provides a way of identifying the location of the target image pattern at runtime which doesn’t depend on precise coordinates: using a reference label specified through the “Labelled By” property.

In the example screen below, we want to target the checkbox template that’s labelled by “Checkbox7”. At runtime, the correct checkbox is identified by means of this label, even though there are multiple hits. 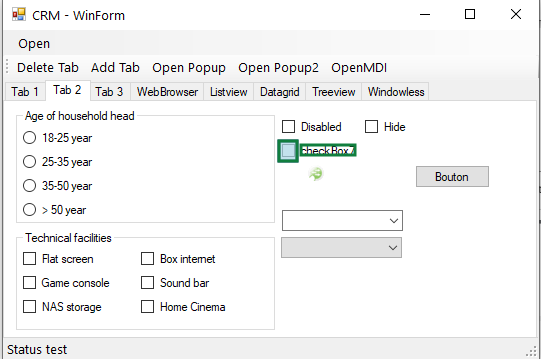 Using item coordinates at design time to identify text items on an application page doesn’t always deliver the required results. That’s because page layouts at runtime can vary. With the 2004 release, you can now choose to use the nearest matching text along the x or y axis or a combination of both. You can configure this on one or both of the following item properties:

For both properties, the value can range between 0 and 100. The default value is 0, meaning that this feature is disabled. If the deviation at runtime is greater than the configured percentage value, the text is not recognized.

Improvements when getting a package from the Store

If the name of a package is changed during the acquisition, this is now shown in the Factory‘s Acquisitions view.

12 new additional bots are now available in the Store with the 2004 release of SAP Intelligent RPA.

The user interface of the Cloud Studio has been redesigned to make it more intuitive. 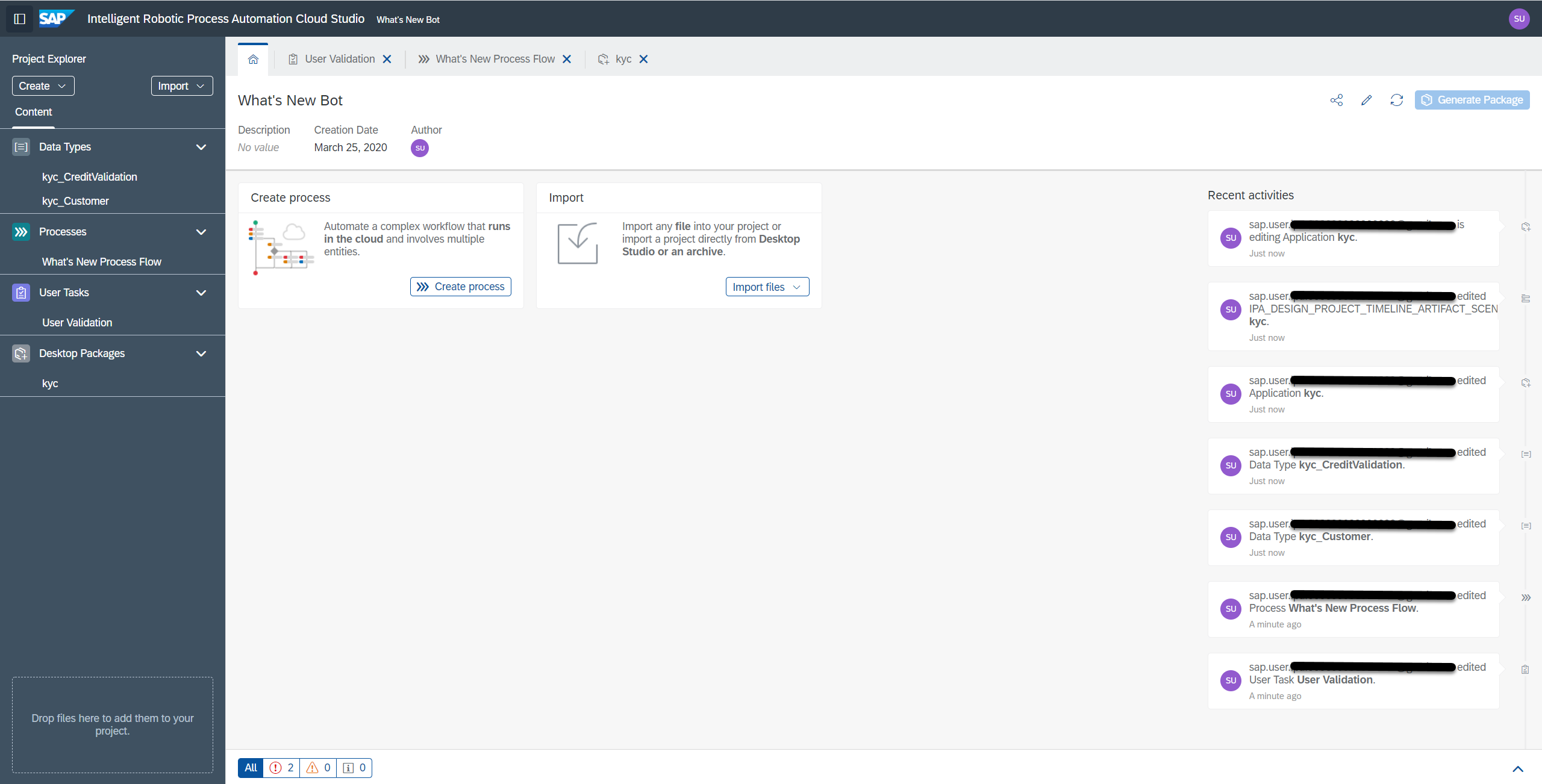 The User Tasks interface was improved in the 2003 release. Creation of user tasks has been simplified: There are no longer optional headers or footers, and a new title component is now available. 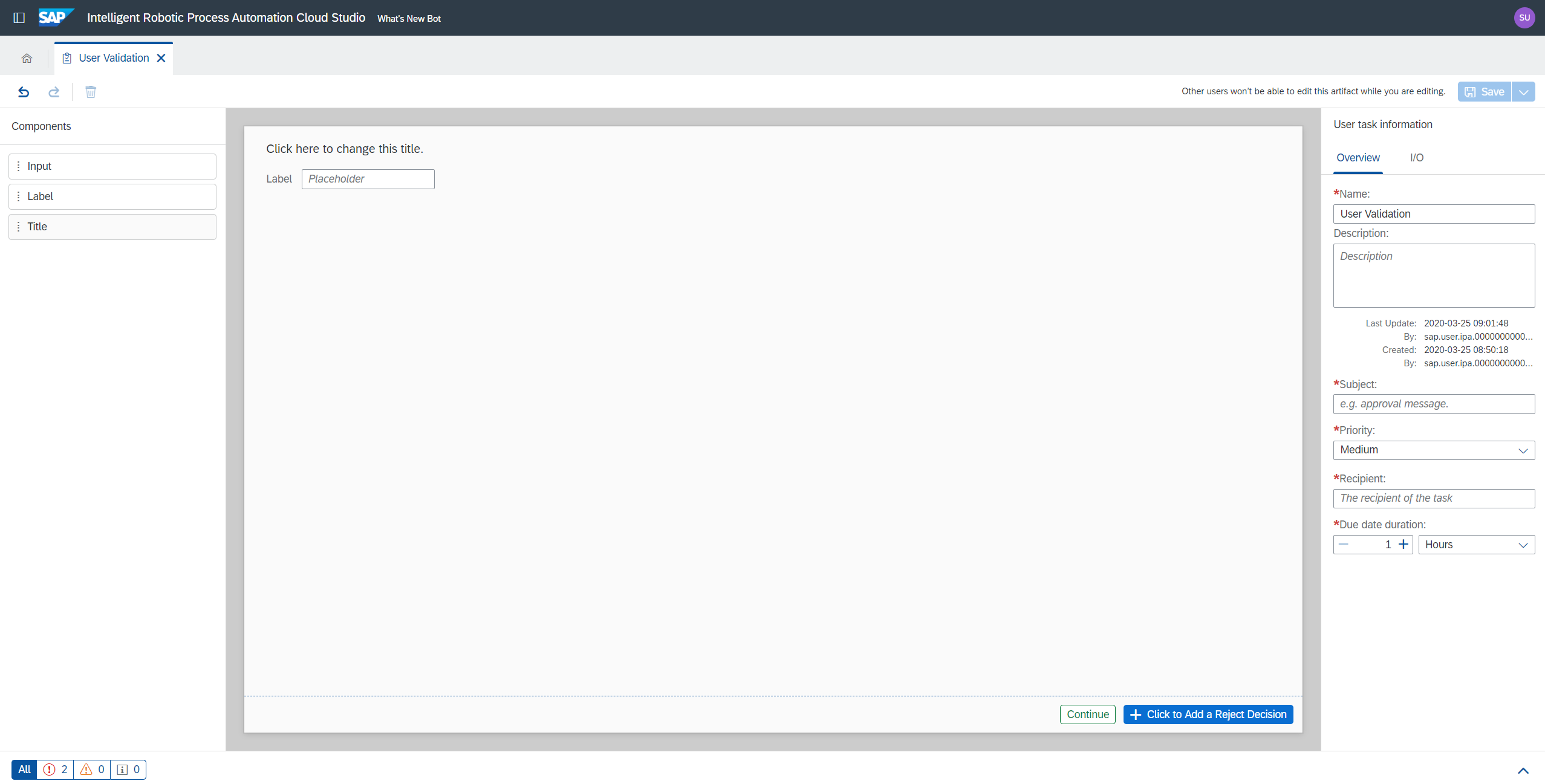 The top-level tabs in the Cloud Factory have been changed in the 2004 release: The Deployments and Management tabs have been replaced by new Agents and Environments tabs.

With the new Agent groups concept, you organize the agents available in your organization. It replaces the former hierarchy variables. You can group your agents according to two criteria: groups of machines and groups of logins. 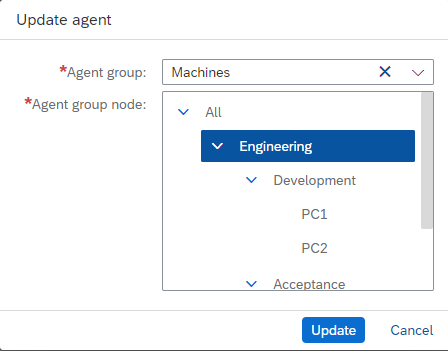 The new Environments tab is the entry point to the Cloud Factory: This is where you define and edit the functional landscapes in which your automation (scenario or process) is deployed and executed.

Environments form a shell grouping all of your project’s resources in one place: triggers, packages, variables, and agents.

With the 2004 release, the deployment of packages now takes place behind the scenes. A trigger wizard is directly launched from the Packages tab: An “Add Triggers” button replaces the previous Deploy button. 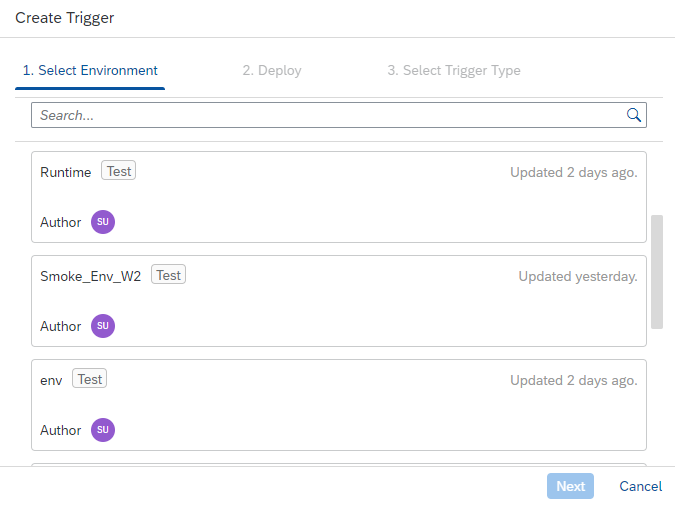 The new trigger wizard also provides an option to minimize the number of package versions per environment.

With the 2004 release, the package versioning has been improved to solve existing limitations. Inspired by the classic software release mechanism, the versioning scheme of the packages is now:

Each released package version has a unique major.minor pair.

Lifecycle management of packages has also been improved with the 2004 release. Changing a package version is the recommended approach to upgrading your deployed packages. With this approach, changing a package’s version doesn’t remove previously assigned triggers.

In an environment, packages and triggers are distinguished by colors indicating their status: blue (enabled), gray (disabled) and orange (for triggers, when the associated package is disabled or in error).

The UI of the environments also displays any errors, including deployment errors.

Improvements for authorization and sharing

You can now share an environment and its rights with other users. All the resources of an environment (agents, variables, packages and triggers) also inherit the rights of this environment.

With the IRPAProjectMember role you can now create environments. If you’ve been granted read access, you can also see the list of agents within an environment.

That’s all for the 2004 release. As usual, some technical improvements have also been introduced. Don’t forget to browse our community and our help portal for further information. Stay tuned – and happy bot-building!

Is this update available?

The version 2004 is already available for the Cloud Components. The 2004/1.09 version of the Desktop Components will be available during the week.

Excellent, and thanks for taking feedback!

Very informative. Thank you for sharing.

Hi - I am expecting a newer version of the desktop components on the SAP development tools (https://tools.eu1.hana.ondemand.com/#cloud)..Isn't that the case?