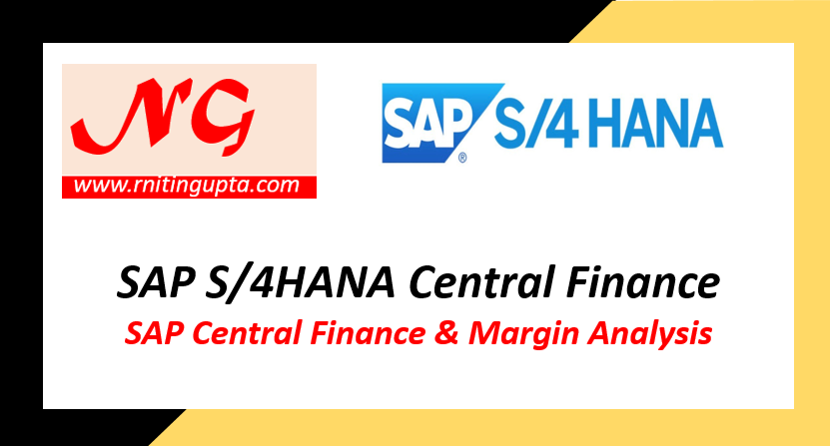 In this blog we will focus on how COPA is evolving in SAP s/4HANA and how the solution fits with replication where ECC can have either Cost based COPA active or account based active and how t works when they start replicating to SAP S/4HANA in Central Finance Scenario.

Before we move to Central Finance, lets focus on understanding changes in COPA solution in SAP S/4HANA, which is now called Margin Analysis.

SAP has been in process of evolving the solution and Profitability Analysis (COPA) is one of the key area as that is the general focus for complex management reporting.

In SAP ECC, it was below:

Majority of customers were using or are using costing based COPA as it is based on value fields. Since it is based on Value Fields (and not on G/L Accounts), editing different tables, & lot of times it is not completely aligned with the GL Document postings. Costing Based CO-PA was therefore not easily reconciled with General Ledger and it is always a challenge at the month end to complete this reconciliation.

Since the universal journal came into picture with SAP s/4HANA, the integrated solution from ECC which was account based COPA was taken over as a base for new solution and with this Margin Analysis became the new solution, however Cost based COPA is supported in S/4HANA but it’s not meant for further enhancements.

Best part is that now universal journal also have the characteristics (like product group, segment etc) as columns in table ACDOCA which can be brought in to P/L at any time.

Shift of customer was not easy as costing based COPA was offering a lot but Margin Analysis is improved to a level where it can make customer seeing their requirements met.  Comparison looks like below: 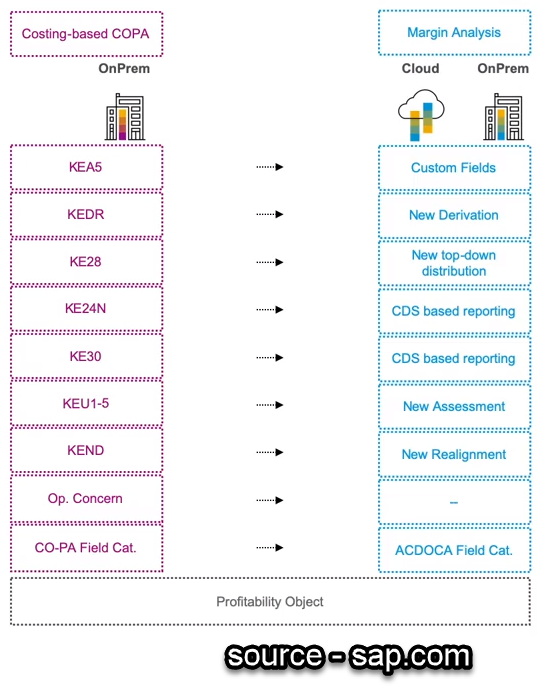 Now let us talk about SAP Central Finance implementation. We can have below scenarios (can have more but majority will have below)

With standard SAP Central Finance replication from ECC where costing based CO-PA is enabled is not supported in SAP S/4HANA system where account based COPA is enabled. Central Finance does not directly replicate CO-PA documents from the source system.

In summary, this is very complex and you need to understand the design of how COPA is being posting in ECC and how it can be brought to S/4HANA. In addition, there is no logistics information available in S/4HANA (as its Central Finance system and assumption is only replication is in scope for time being) the lot of derivations and few customizations may be needed.

Keep reading, sharing and learning… as i learn more i will share my thoughts.

Nitin – Nice snap shot of COPA in CFIN.  Margin Analysis is new name for COPA, is it true?

Thanks a lot, Nitin