Working with Cloud Foundry (CF) from the command line, I use the cf CLI a lot. As you perhaps may know already, due to the use of Multi Target Applications (multiapps, or MTAs) in the SAP Cloud Platform CF environment, there’s a plugin system for cf – with the most popular plugin for us being the multiapps plugin for managing MTAs.

Another plugin, introduced to me recently by my friend and colleague Maximilian Streifeneder, is the targets plugin, for managing CF targets (which API endpoints you have and which one do you want to be connected to with cf at any particular point). I use the commands provided by this plugin (targets, save-target, delete-target and set-target) often, but I also like choosing my target from a list, so I can see what I’m connected to currently, and what I want to switch to.

Here’s a typical manual flow, where I check what I’m currently connected to with cf targets and then select a new target with cf set-target: 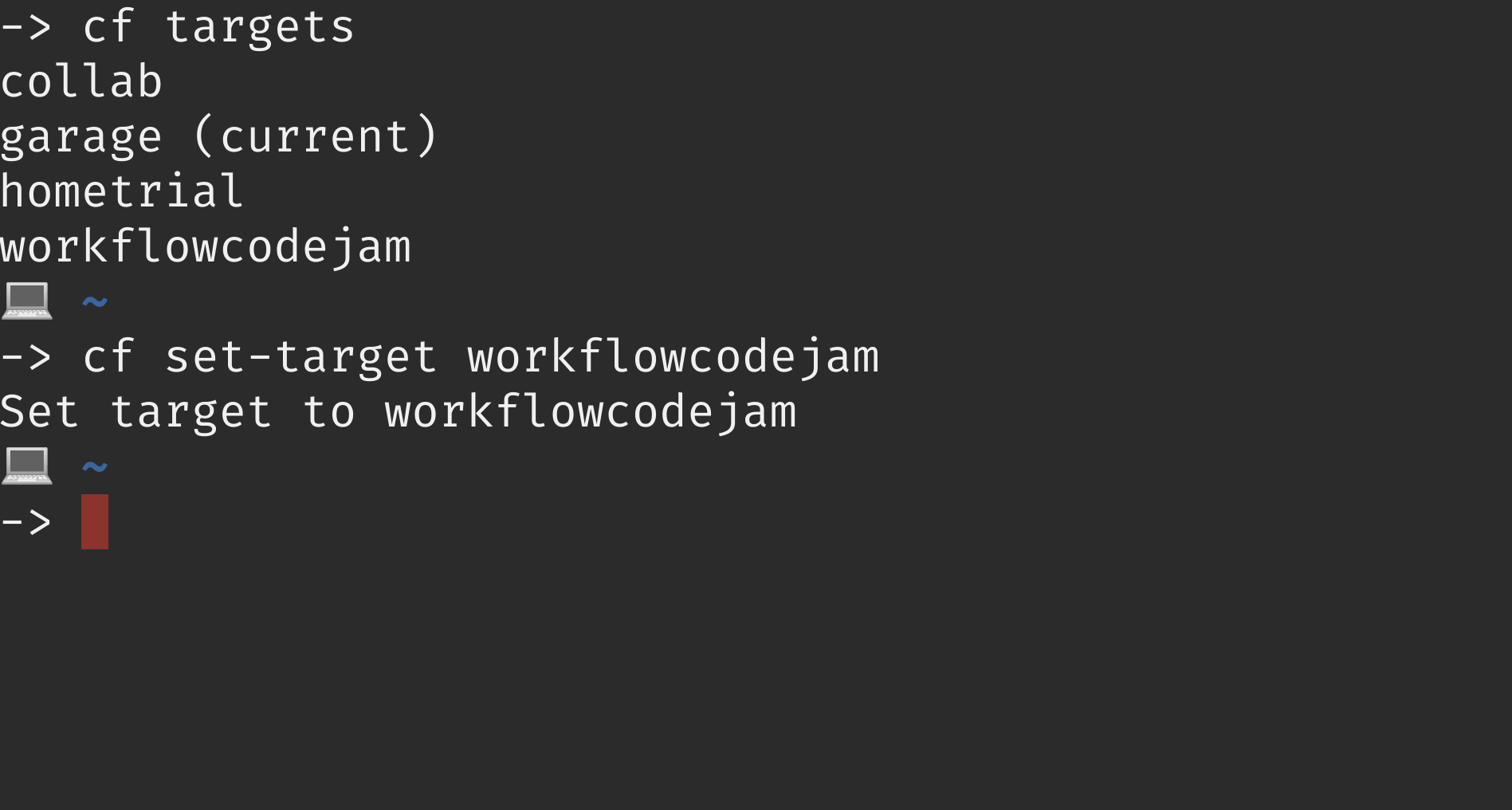 To make life a little more pleasant, I use the excellent command line fuzzy finder fzf. If you’ve not discovered this little gem, I’d recommend you head on over, check it out, and install it. If you’re a follower of the Hands-on SAP Dev live streams it’s likely that you’ve seen it in action in various places along the way.

In its basic form, fzf takes whatever it’s given via STDIN, and presents it in a selection. You can then use various methods to narrow down your search through the selection and choose something, at which point fzf will then simply output that selection to STDOUT. This is a classic example of the Unix philosophy of tools doing one thing and doing it well, and also conforming to the simple but powerful concepts of pipelining and standard input & output.

Anyway, I decided to use fzf to enhance the flow above, so that I’m simply presented with a list of targets for me to choose from. I wrote a very short script, that looks like this:

Breaking it down into its component parts, we have the following:

This calls cf targets, which will produce that list of targets available, including highlighting the currently selected target with “(current)” as we saw earlier. It then pipes that into fzf, which will present me with those options in a short (25% of the height of the current terminal) list to choose from, using fuzzy searching or simply using the up and down arrow keys.

Then, once I’ve selected an entry, cut is used to take just the first word from the line selected (this is important in the case where “(current)” is added to the line) and then the result is saved into the target variable.

Then we have this:

which just makes sure that we’ve actually selected something (and not aborted with ^C or something like that).

If we do have something selected, then this next part kicks in:

which uses the actual cf set-target command to set the API endpoint to the appropriately selected target.

Finally, to give me some information on the newly set target, I run the standard cf target command (not to be confused with cf targets):

This will show details of the target currently set.

I’ve saved this script to a location in my path, and called it cft (for ‘cf target’) and now I can view and select CF targets in comfort!

Here’s cft in action, where the current target is ‘workflowcodejam’ and I want to switch to ‘garage’: 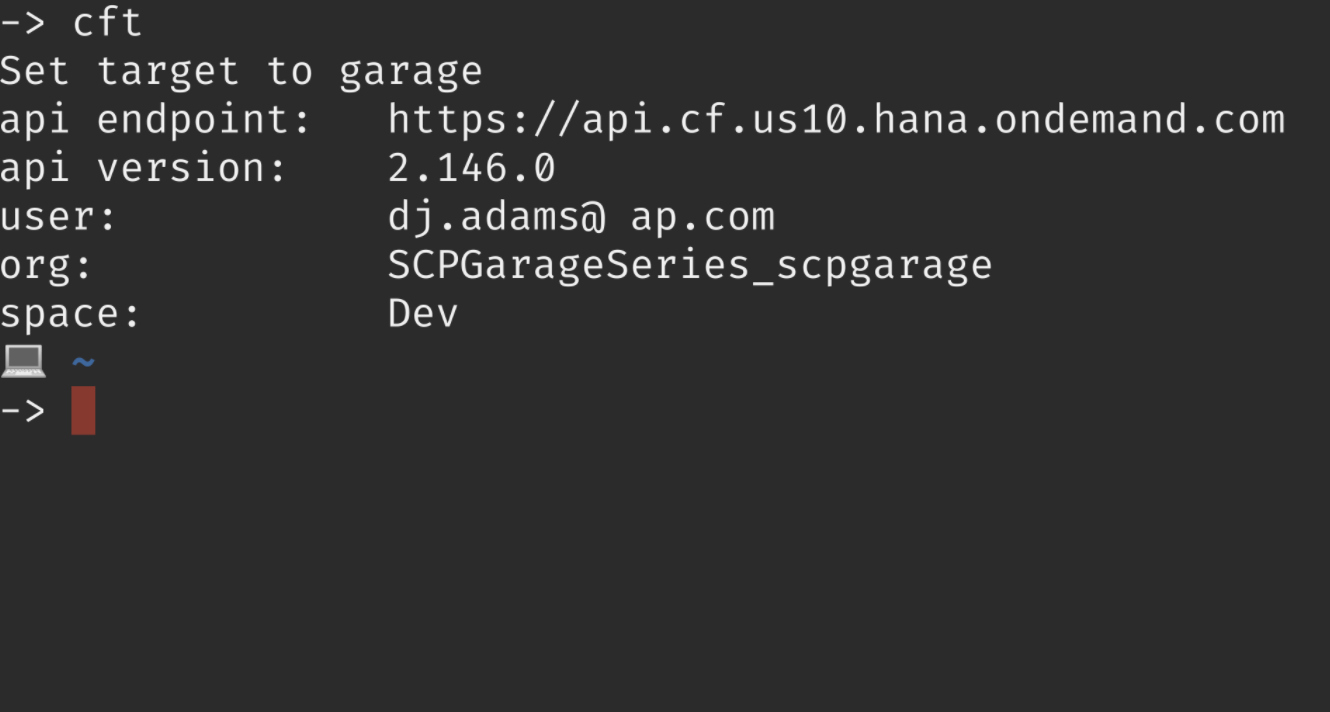