How to get a list of annotations that can be used in SAP Cloud Platform, ABAP Environment

If you are developing in SAP Cloud Platform, ABAP Environment you will sooner or later run into the problem that you try to use an annotation that is not supported in Steampunk.

Unfortunately code completion (currently) does also offer you annotations that are not yet released. 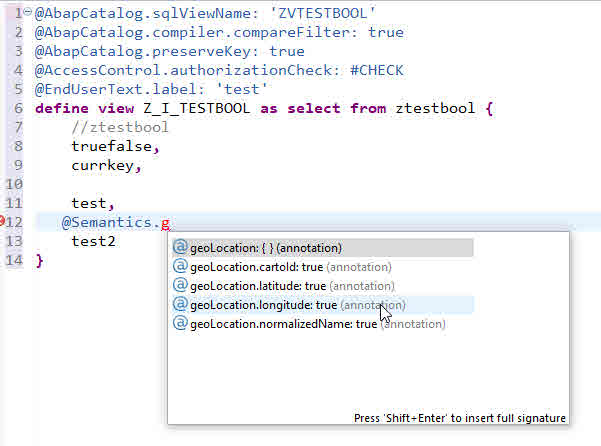 Until a fix for code completion is available you can consult the documentation.

It’s all in the documentation anyway ;-).

However the question remains where to find it …

Option 1: Use this link

Option 2: Use the built in help documentation in ADT: 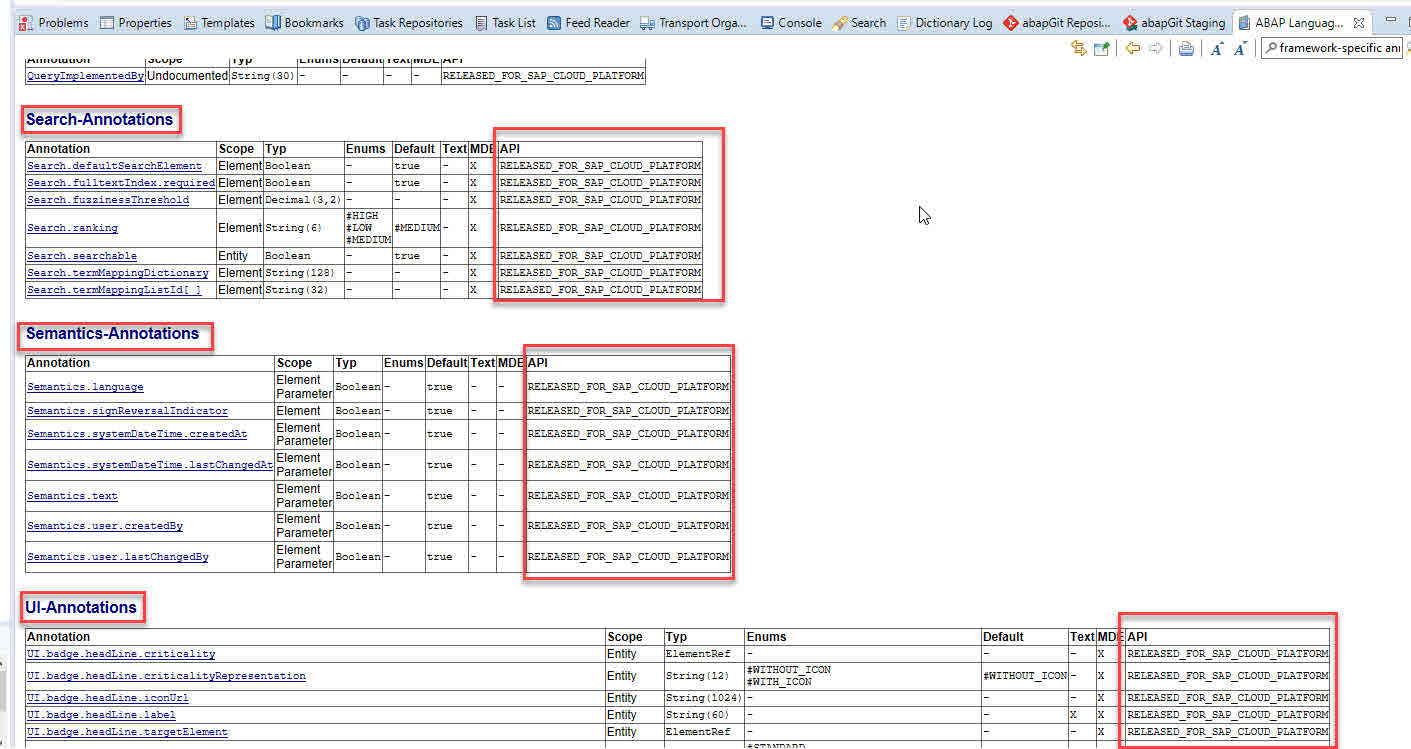 As you can see there are additional @Semantics annotations available that are released for ABAP in SAP Cloud Platform such as: 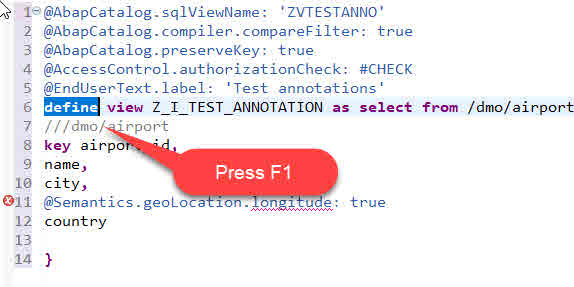