A common UI5 project structure puts all important stuff related to app itself inside webapp folder. But we have an unsung warrior on WebIDE templates called SAP Fiori Launchpad Plugin that doesn’t follow that pattern and makes root directory as its homeland. There is no pain deploying from WebIDE, but this kind of project structure have some flaws that bitters your activities.

This blog is a follow up to my question, some time tinkering about it and I realized something about this project layout: it can be improved. I took that route and both builders started to work as it should. I adopted the same structure as any other common UI5 project: webapp as our code folder.

It’s silly simple that it shouldn’t worth a post. Steps are way shorter than this briefing but I’m still here writing it. Let’s go!

You did it! You can build with UI5 Tooling using default YAML without hiccups and leverage CD pipelines. 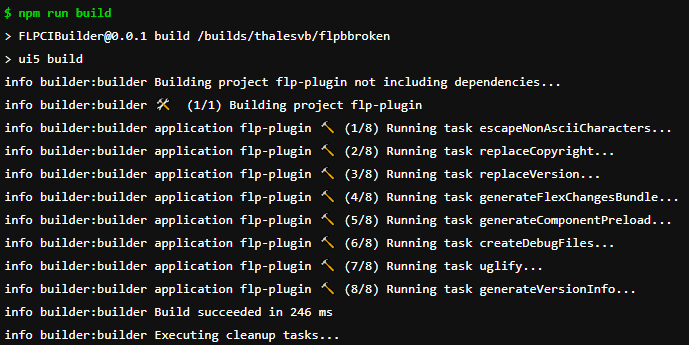