Standalone TM can now be deployed as TM on S/4HANA as shown in below image. Possible use cases / scenarios for standalone S/4HANA TM can be 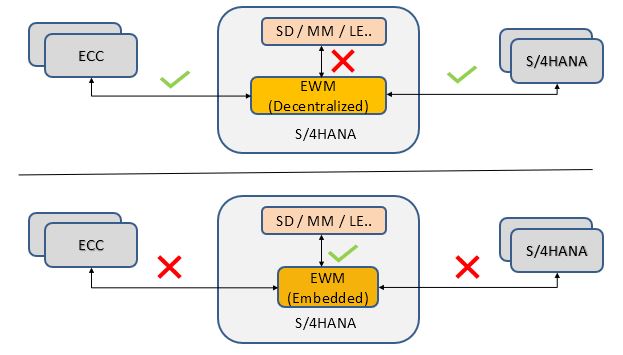 Salient features are highlighted below. 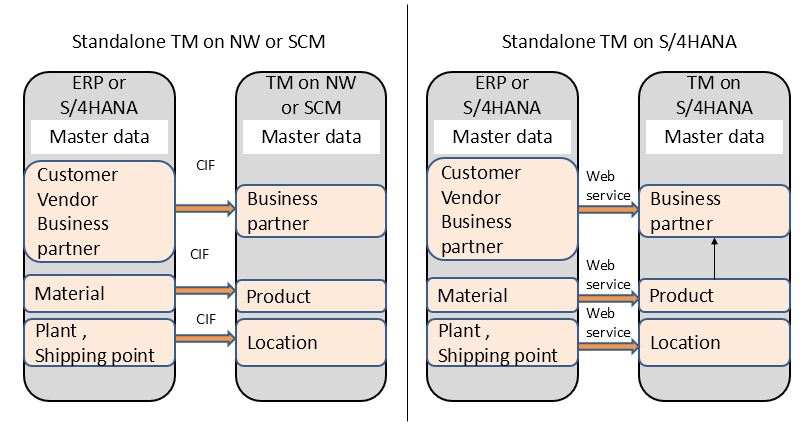 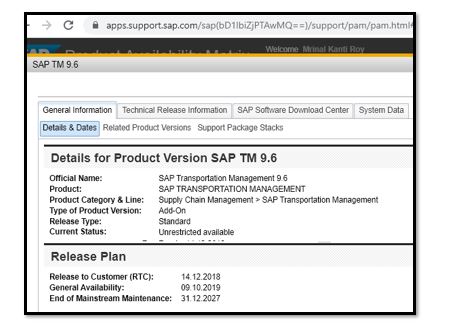 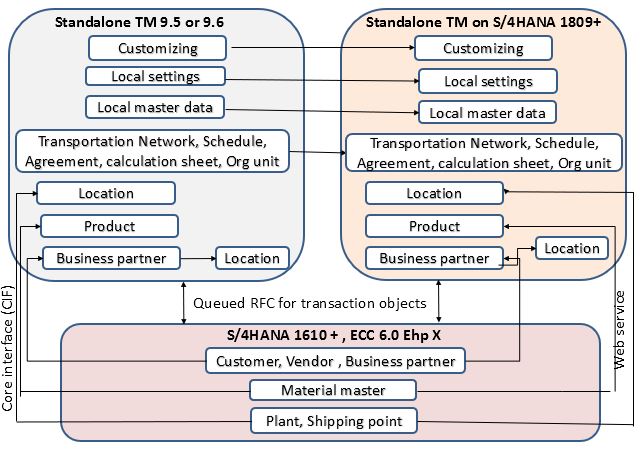 Note that there the migration tool will not migrate any transaction data and this tool works for TM9.5 or higher i.e not for TM9.4 and lower releases.  Refer SAP note 2769186 for more details on migration tool.

This blog is based on SAP documents / notes and my personal  understanding / observation / insights. Will appreciate your feedback / comments.

Thanks Mrinal for sharing the information.It will help us in assessing future customers for their S/4 migration business cases.

Thanks for the post. It is quite insightful. You mentioned that:

"Master data and organization data are transferred from ECC to Standalone TM on NW or SCM through Core Interface (CIF). However, web service (using Distribution replication framework-DRF) is used for the same for standalone TM on S/4HANA as depicted in below image."

In the SAP Help (https://help.sap.com/viewer/e3dc5400c1cc41d1bc0ae0e7fd9aa5a2/1909.000/en-US/c91f6b42f7fd4586a24aa84e91f37077.html) it indeed states that the Transfer is done using DRF, but depending on the source system you need to differentiate between S/4 Hana, which uses Services and ECC, which uses IDOCs. Is this still correct or is it also possible to integrate Material MasterData using WebServices? Should WebServices be the preferred method of integration?

In my experience, WebService (DRF) is better though setting it up with SOAMANAGER is not easy.

Thanks for an informative and insightful post. Seems TM is maturing along with S/4 product portfolio...

Thanks for such a nice comprehensive info.

Thanks a Lot Mrinal for giving a wonderful insight. it give more clarity in standalone TM in S/4hana.

TM on NW  do not use  qrfc for replicating transaction data...

Thanks for pointing out this mistake . I mixed it with EWM . Now corrected.

TM on S4HANA 2020 FPS01 can also be implemented without EM . If events like departure , POD etc are to be monitored or reported automatically, then only EM is required .

Thanks Mrinal, for all this info.

I have a question related with the functionalities of TM. We are thinking implement the shuttle process functionality linked with EWM. Do you know if TM S/4 HANA 1909 will let us do it? Or we will need a Standalone TM 9.6?