Having just been released, the SAP Help Portal provides insights into Version 3.0 Patch 0 (3.0.0) for SAP Data Intelligence, the successor of SAP Data Hub.

It is great to see the New Features in SAP Data Intelligence, especially around Machine Learning and Data Science. You might get an idea of what this means from my blog Leverage SAP Leonardo Machine Learning Functional Services with SAP Data Hub.

However, there are also some Changed Behaviours in SAP Data Intelligence to be considered, especially:

Some of my custom Operators need custom docker files. For example SAP Data Hub GitHub integration. With Non-Root Enforcement for Docker Creation, The Docker container can no longer run as a root user. For all Docker images, you must add a user group and user:

So far, I have been using the Tenant Workspace to share common components among the team like for example custom Operators: 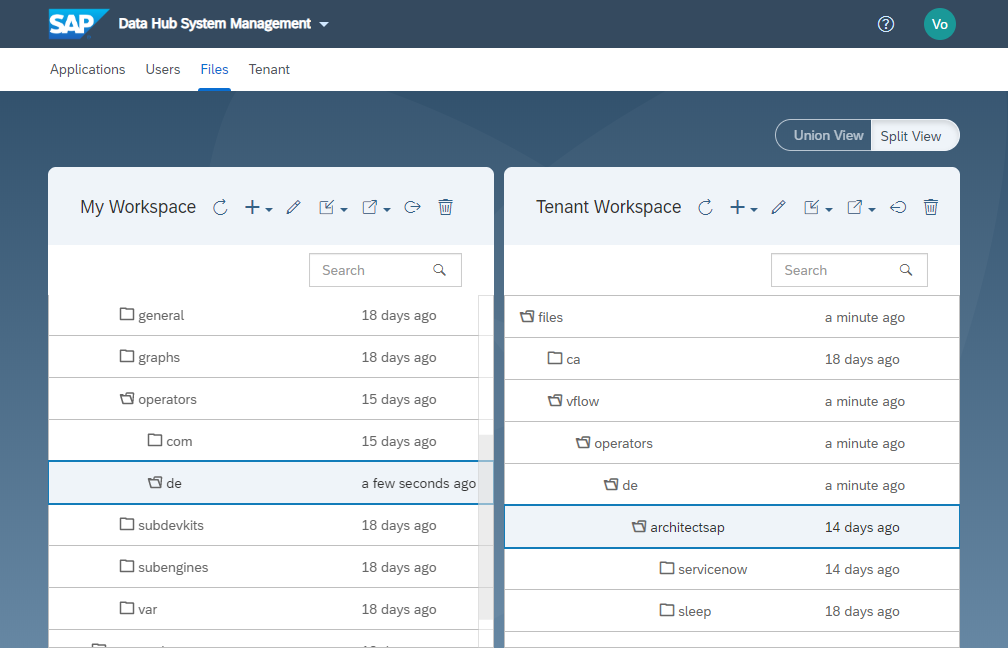 A work around could be my SAP Data Hub GitHub integration though.