Tom and I have been working on a solution to share Fiori Launchpad Plugins with the SAP Community, we call it the Fiori Plugin Showcase. In this showcase, everyone is able to try out every plugin on a Sandbox Fiori Launchpad. You can try it out here: https://fiddlewookie.github.io/Launchpad/

More information on what it is can found in the blog of Tom: https://blogs.sap.com/2020/03/11/fiori-plugin-showcase-what-is-it/

Behind the scene of this Showcase, we came up with a build process that allows everyone to add his own plugin in an easy way. Here you can find all the steps to add your own plugin: https://blogs.sap.com/2020/03/11/fiori-plugin-showcase-add-your-plugin/

In this blog, I want to go into more technical details on how the build process works. First of all, we have two repositories:

The Build exists out of 3 scripts:

The Travis CI script will run from the repository that contains the list of plugins.

Travis CI will start with the part defined in “before_script”. In this part, Travis will first clone the repository that contains the Launchpad, go into the folder of the clone and run “npm install”. “npm install” is needed for running the nodejs script that adds the plugin to the Fiori Launchpad Sandbox config.

After the before_script, Travis will execute a bash script which will install all the different Fiori plugins from the list. (this is explained in the next part)

In the last part after_script, Travis will commit and push the added plugins to the FLP repository. 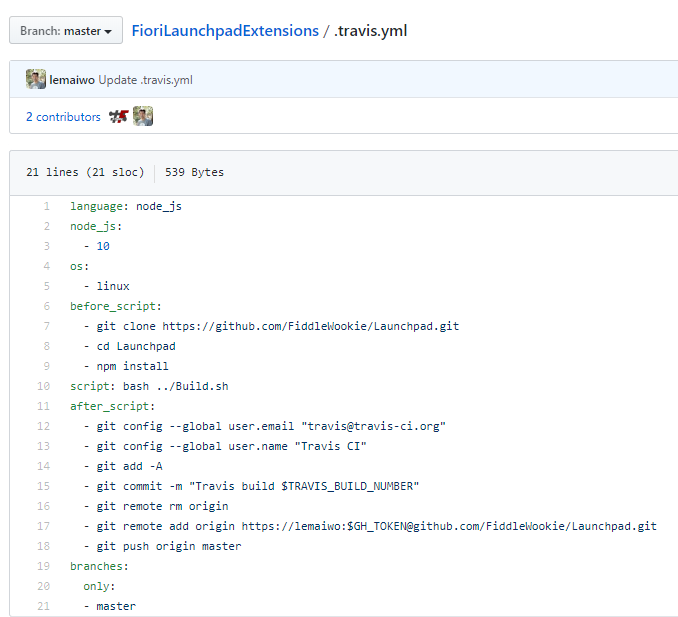 The bash script will load the file that contains the list of plugins “plugins.txt”. It will loop over the list to install each line as an npm package with “npm install”. After installing each plugin, the script will run a nodejs script that will add every plugin to the FLP config. 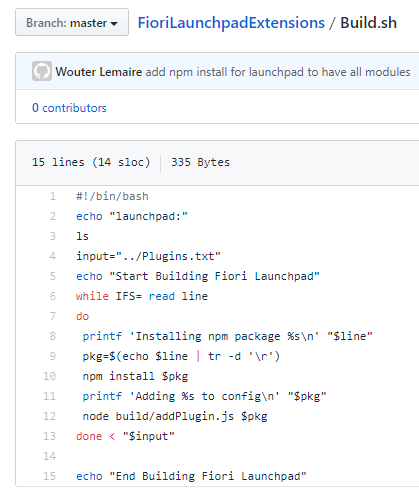 This nodejs script will search for the component file of the plugin to know to path. The component file is not always in the same place for every plugin project. It could be in the rool folder, “src” or “webapp” folder. Therefore, the script will search for the right path. After it found the path, it will load the file and use it to get the namespace. The script will use the path and namespace to add the plugin to the configuration file of the FLP Showcase. 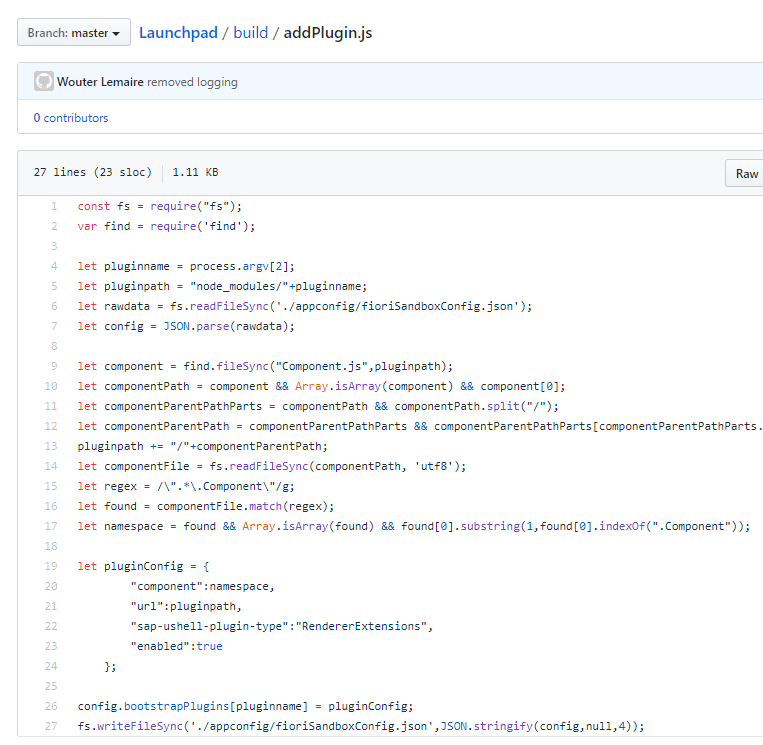 We would be very happy if you would help us by sharing your plugins or improving this setup! You are all welcome to do pull requests on our GitHub repositories!