A new release of the Eclipse IDE came out yesterday. I wanted to make you aware of some important features of this release which are not as prominent in the release notes.

There’s two important points about performance hidden at the bottom:

I’m not entirely sure what is covered by interactive performance, but you can see the difference in redraw by opening any large tree view, for example a trace from the profiler.

The startup time of the IDE is noticeably faster which I don’t see mentioned anywhere.

Note: since we’re currently doing a global stress test of the Internet, this might be skewing your perception of IDE responsiveness. I don’t think we can blame Eclipse for this.

This is a feature from the previous release, but did not work for ABAP until now. Big thanks to Matthias Becker for making the contribution on the Eclipse side!

Problems will appear above the problematic statement, which means you can hide the problems view most of the time and have more vertical space for your code.

Once I can connect to something I will make a better gif.

You will not find out about this feature easily because it comes disabled by default. If you have issues I suggest lowering the maximum number of annotations. 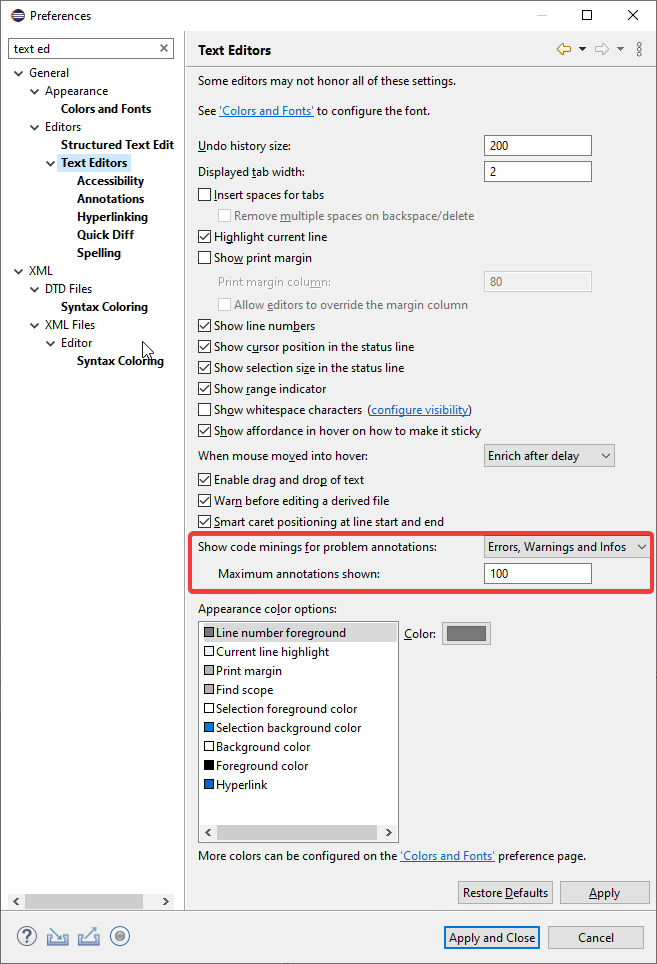