Recently I was asked if there is a way to process message attachments in the SAP CPI directly in the Content Modifier without reading the attachments in a Groovy script first. Since I was not quite sure, I built a small proof of concept and what should I say? It works!

In the following article I want to show you how to access message attachments directly in the Content Modifier (or anywhere else where you can use simple expressions) using Apache Simple  expression syntax.

As a test scenario I designed a simple, synchronous SOAP interface. The interface accepts a SOAP message including SOAP attachment, maps/transforms the SOAP body and attachment into the response message and then returns it to the caller.

The following SoapUI screenshot shows the request message and the expected result. 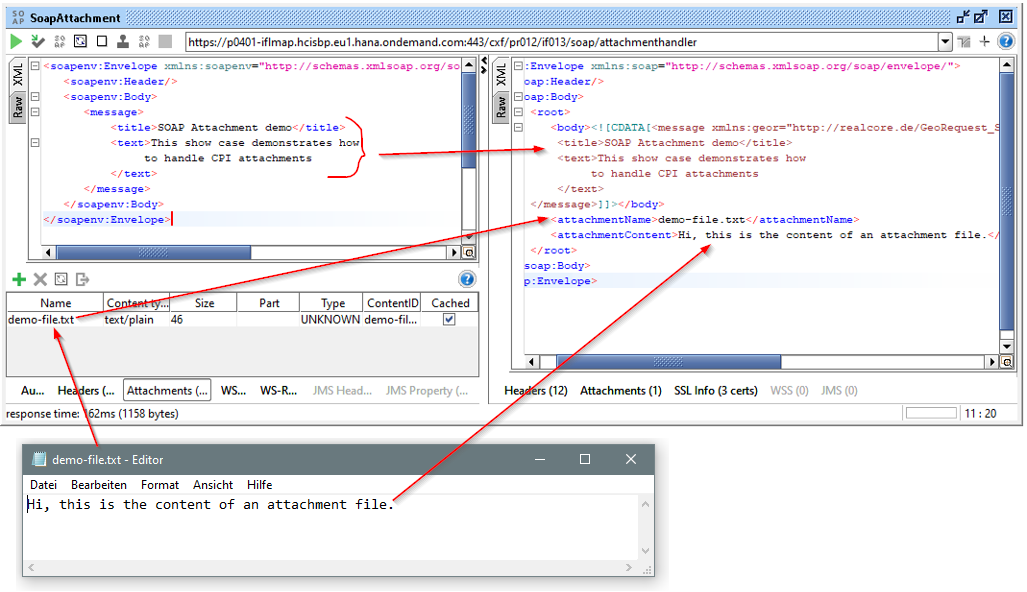 The corresponding IFlow consists of only one sender channel and one content modifier. Groovy scripts or similar coding is not necessary.

Now that the test setup is clear, we can look at how to address attachments in the Content Modifier.

In contrast to the body, which can be accessed via ${body}, or for example to properties that can be accessed via ${property.propertyName}, there is no direct access to the attachments. However, a look at the Apache Simple documentation tells us that we can access the Exchange container by use of ${exchange}. Starting from the Exchange Container we can then work our way through to the attachments.

With ${exchange} you get the Camel Exchange container as “DefaultExchange” interface. From there on you can call all functions the DefaultExchange class offers to you.

Also have a look to the JavaDOCs of the following classes to get a better understanding:

Thanks for the kind words. And yes, I wanted to achieve a shorter article this time. Not every solution I blog about deserves to be a 1 hour read. 😉

Very nice Blog. Thanks for sharing..