At Your Service: SAP HANA in Containers | SAP HANA 2.0 – An Introduction 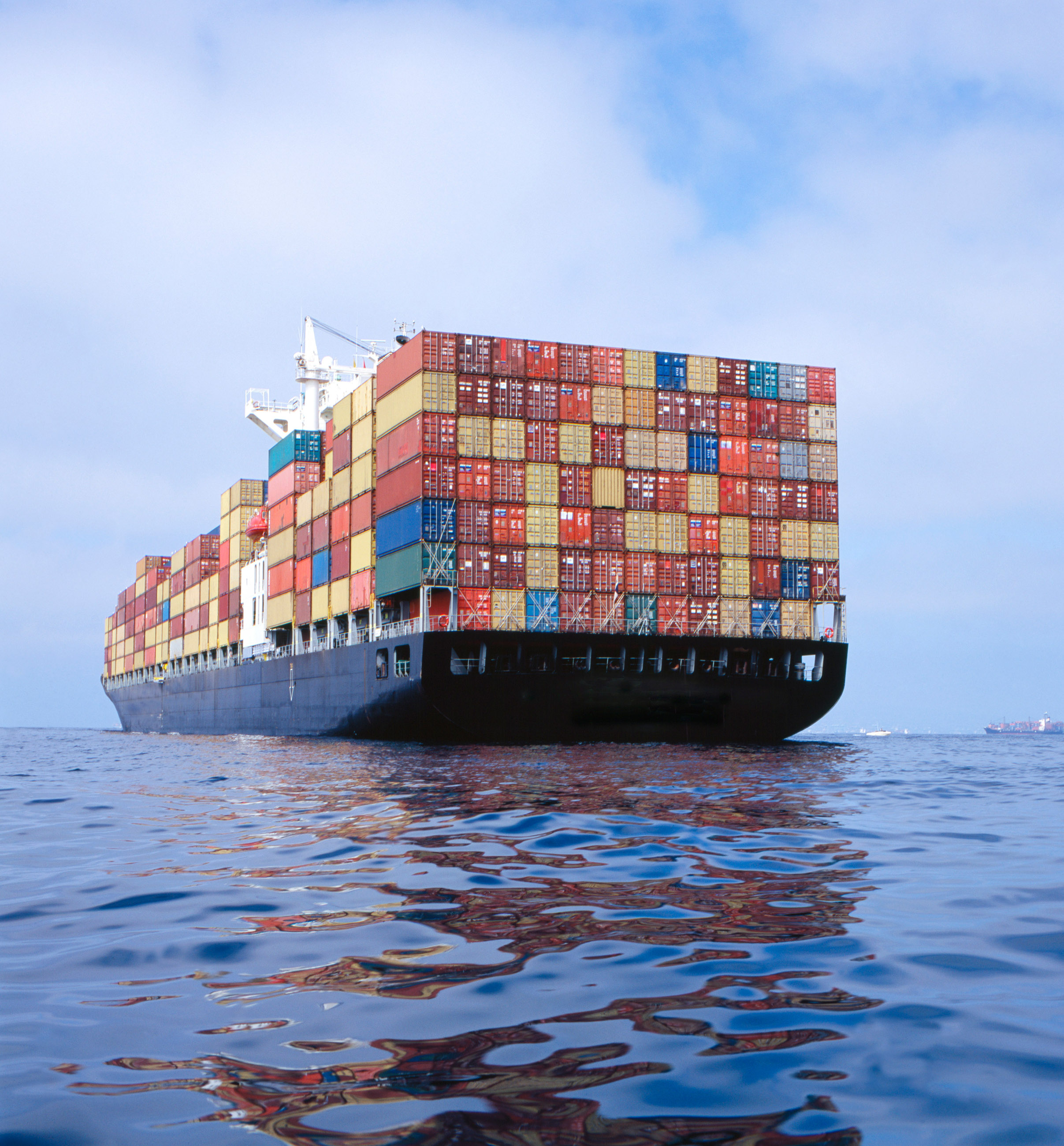 In the previous posts we provided some background for Neo, Cloud Foundry, SAP Cloud Platform, SAP HANA One, SAP HANA Service, and SAP HANA Cloud. But what’s the difference?

When SAP HANA was launched as an appliance in 2010 (anniversary coming up!) it required state-of-the-art hardware for massive parallel processing and in-memory computing. It did not run on the commodity hardware used in the cloud computing data centers at the time and hence it took a while before SAP HANA could be virtualised and cloud-hosted.

With SAP HANA One, launched in 2012, the first virtualised version became available as cloud-hosted database. SAP provided the software, AWS the infrastructure with other cloud providers following (some with names long forgotten; Microsoft Azure and Google Cloud Platform would not come into the picture until much later). Initially, only small T-shirt sizes were offered (32 and 64GB). Over time, bigger boxes appeared. This solution is no longer available.

Although miraculous at the time, for today’s standard deployment meant a lot of work! Security keys, storage, firewall configuration. All DIY with very limited automation.

SAP started to provide virtualised SAP HANA systems as part of the database services offering of the SAP (HANA) Cloud Platform. You could also select MaxDB (later ASE). Although SCP provides a platform-as-a-service, this database service more closely resembles infrastructure-as-a-service. It is HANA on a VM. SAP takes care of infrastructure and deployment but you will need to take of everything else involved with running a database.

The Neo environment of SCP provisions SAP HANA platform edition 1.0 as both single container and MDC (multi-tenant database container) systems. For the second type, you can add your own tenants and access the system database. There is no access at the operating system level. Deployment (provisioning) is automated. The full official name is SAP Cloud Platform, SAP HANA Service, Neo environment. 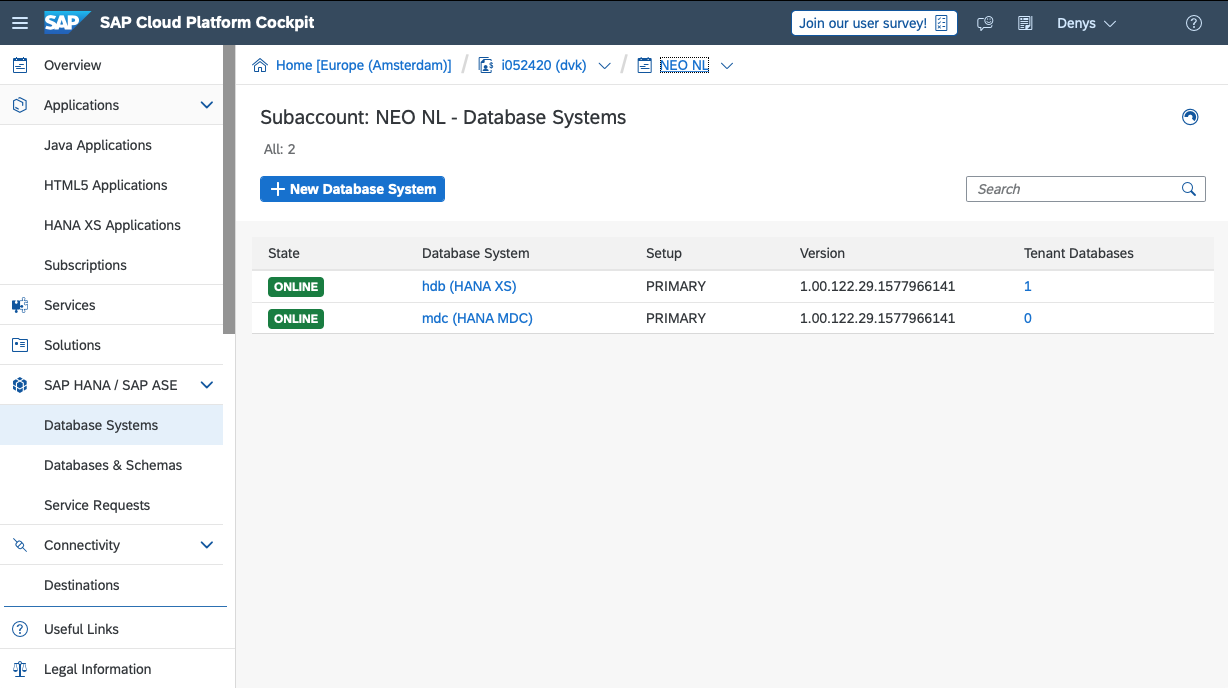 Bring Your Own License

As it became more feasible and economical to virtualise virtual machines with larger memory and CPU configurations, cloud providers started to offer BYOL (bring your own license) SAP HANA systems. Today, these system support single instances in the TB range but also scale-out environments (in the industry often called clusters) and even bare metal ones (i.e. not virtualised).

SAP still provides the SAP HANA platform edition software but the cloud providers have added  infrastructure/platform services like automated backups and high availability configurations. Who has the best offer? It depends. Here are the most popular ones. 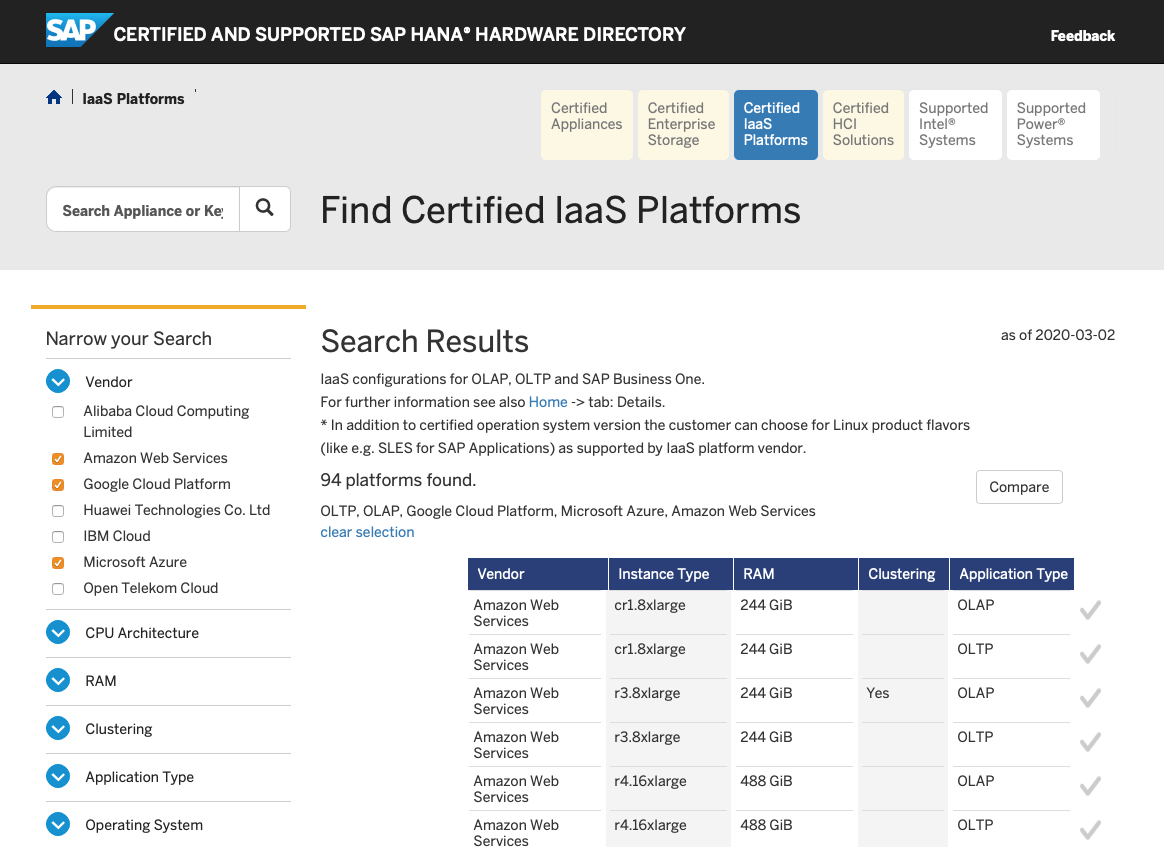 In 2016 at SAP TechEd, the SAP HANA, express edition was launched (SAP Announces SAP HANA, Express Edition, for Rapid Application Development on a Personal Computer or in the Cloud). Targeted to developers and optimised to run on resource-constrained environments, including virtual machines. Enterprise features that would require multiple hosts or more serious resources are not included but apart from that it is the same as the SAP HANA platform edition.

All cloud providers include the free express edition on their marketplace. Free license that is, not free infrastructure (although some offer credits for those getting started). Deployment is a breeze and we can access the latest SAP HANA 2.0 version to start our development project or learn about the technology. 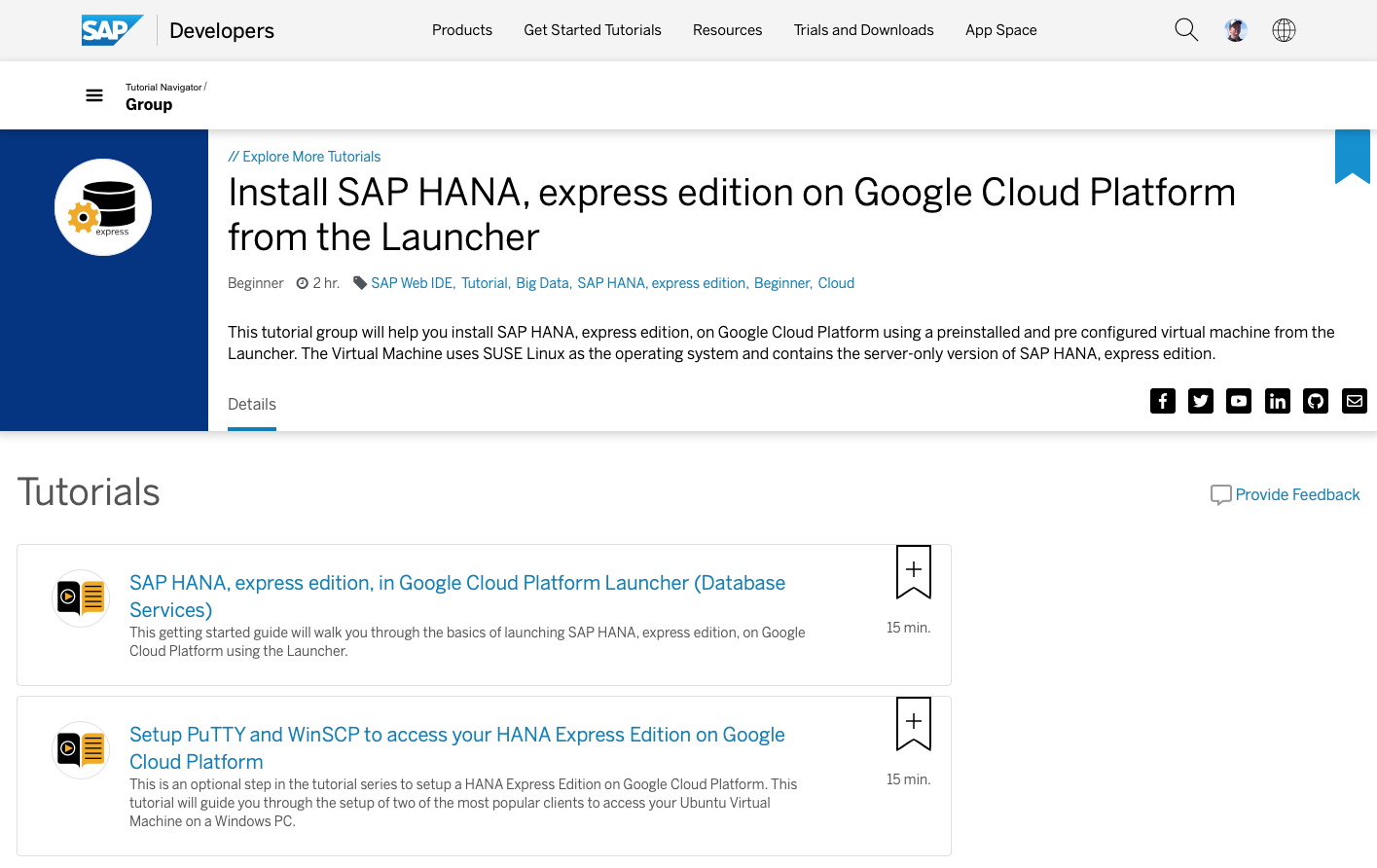 The SAP Cloud Platform, SAP HANA Service launched in 2018 is different from its predecessors. It is no longer SAP HANA platform edition hosted but an actual cloud edition (What’s New: release 2018.26.00). It is made available in Cloud Foundry by several cloud providers (Regions and Service Portfolio).

This is Database-as-a-Service (DBaaS) as commonly understood: a managed service. There is no access the underlying Linux operating system and database system management tasks like backups are managed and automated. Technically, it is a tenant database and SAP controls the associated system database. It is single tenant. You cannot add new tenants. It runs the latest version of SAP HANA currently available.

To see the differences between creating an SAP HANA system in the Neo environment and an instance in the Cloud Foundry, see the blog post

To try it yourself, see the developer mission from the SAP Developer Center 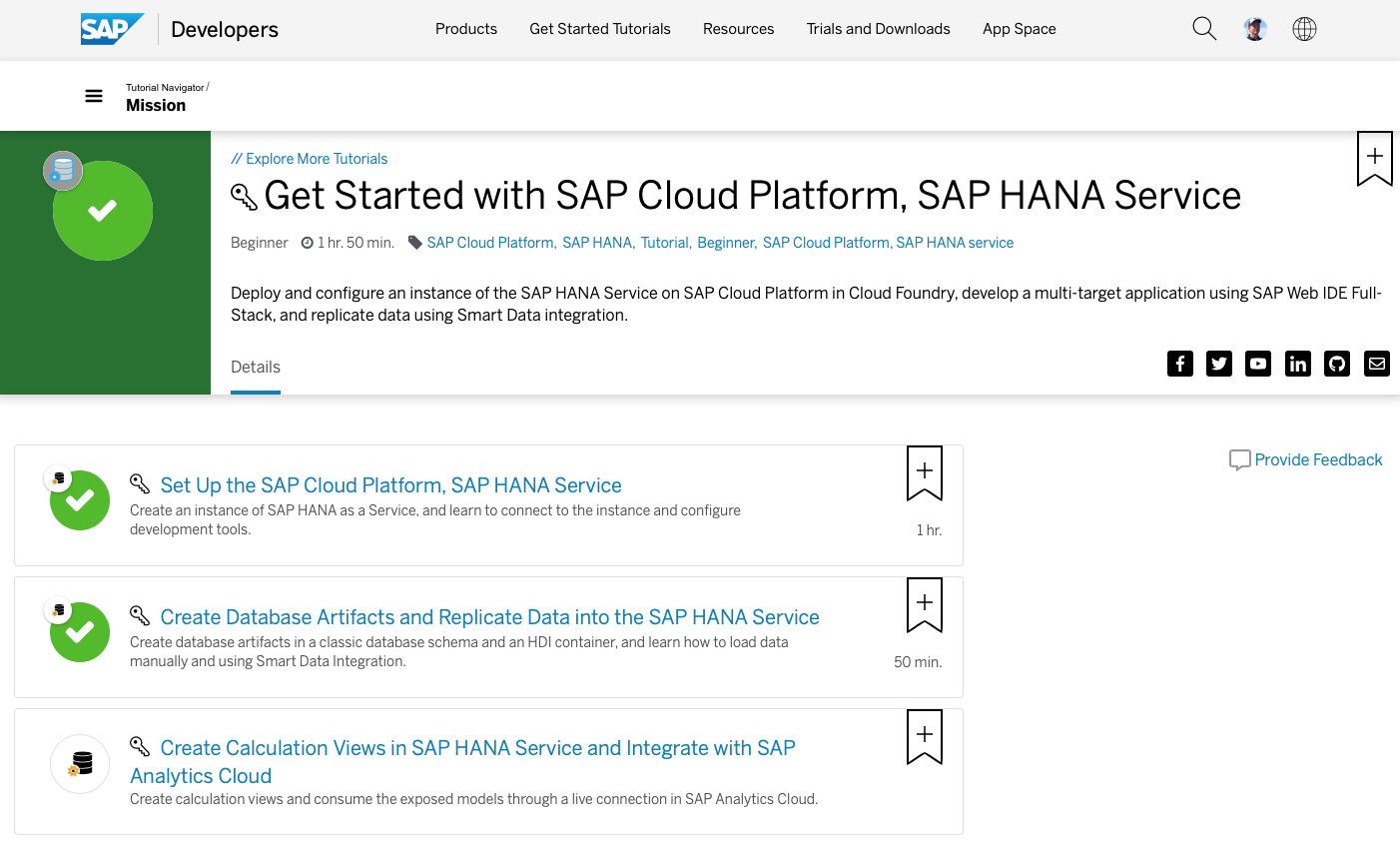 SAP HANA in a Container

The essence of cloud computing is the separation of compute and storage. This provides the elasticity to scale up and down according to demand. None of the above mentioned SAP HANA in the cloud offerings are elastic as they are all based on virtual machines (VM).

After the VMs, the second wave of cloud computing came with containers, abstracting not only the hardware but also the operating system environment. Docker is a popular container implementation, like VMware for virtual machines, but there are alternatives.

To try it yourself, see the tutorial from the SAP Developer Center:

Kubernetes provides container management or rather orchestration, as we should say (yes, there is a difference). It was developed by Google and open-sourced in 2015 under the Cloud Native Compute Foundation (CNCF). SAP joined the CNCF in 2017 (Cloud Native Computing Foundation Welcomes SAP As Platinum Member).

The tutorial from Lucia Subatin, Help Thomas Get Started is all about running SAP HANA and tools on Kubernetes and was a great hit at SAP TechEd 2019.

Should you be interested, there are other tutorials on this topic too.

And should you be completely new to the Kubernetes topic, the docs on kubernetes.io might be a good place to get started.

Containers need orchestration but what if you have kubernetes clusters running on multiple cloud providers or a combination of cloud and on-premise (hybrid)? Guess what, kubernetes needs orchestration too.

For some blog posts about Gardener (“the Kubernetes botanist”), see

As a service, it was initially launched as SAP Data Intelligence but now both have been merged under this name:

If you want to try it yourself, see

SAP HANA Cloud is not yet released. For updates, we can subscribe to the newsletter. For info, see SAP HANA Cloud Services microsite.

SAP HANA Cloud Services and SAP HANA Cloud were presented at SAP TechEd 2019. Should you have missed the presentations, there are online replays available from the event website:

See also some news coverage about the event 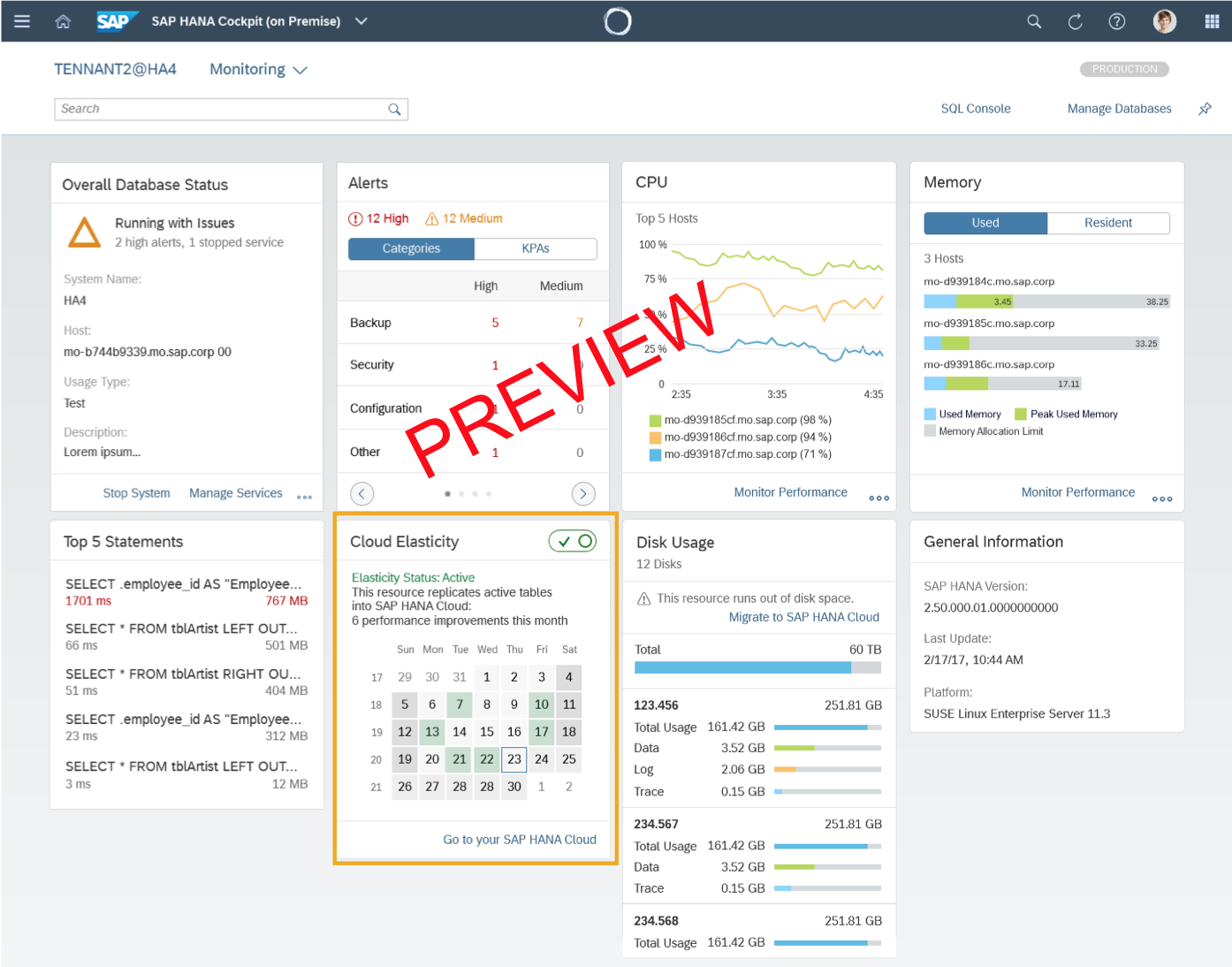 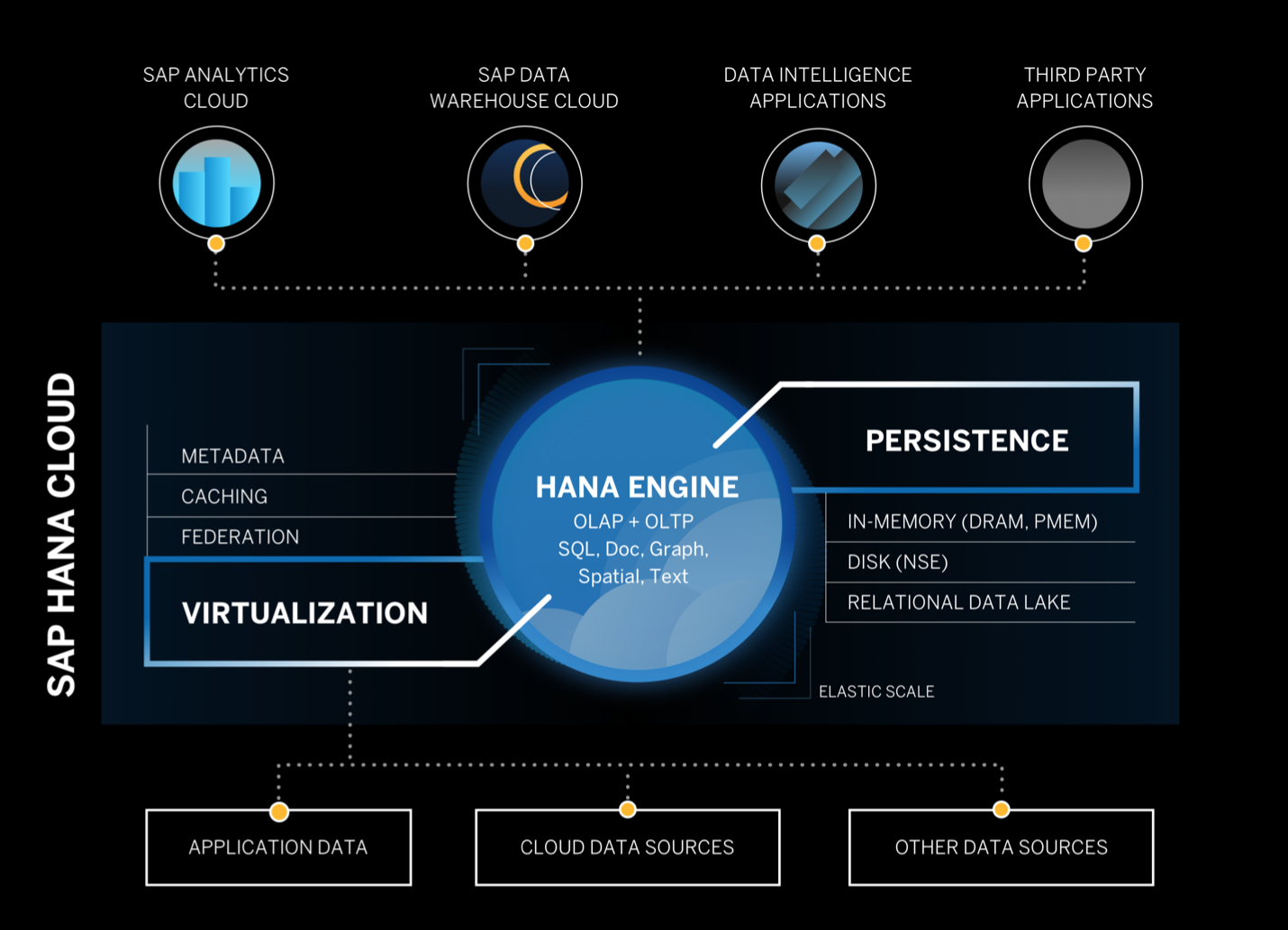