How to create a Payroll Function in SAP HR

All companies have their own business processes, that must be reflected into the Payroll calculation. Or, one company may simply disagree on SAP’s logic, and would like to replace it with their own. To these scenarios, the best alternative is to create a Payroll Function and add it the Payroll Schema, so that it can be called and executed by the Payroll and “do the magic” as the guys from business required. Check below how to do it!

The first step is to access transaction PE04 and declare the name of our new function. This name must respect three rules:

In my case, I decided to call my function Z_RLQ. Once it has ben set, hit ‘Create‘ 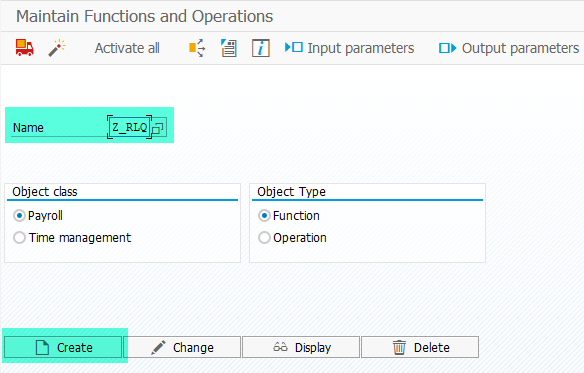 With the function already created, we must set a name to its form routine. By default the system already suggests a name, which will be FU<NAME> with the name of our function. It can be altered if desired.

Second, we must check all the countries that will be able to call this function. In my scenario, only Chile will be allowed to use it.

Once the function is finally activated, the include pcasfXX0 (XX being the country code) will be re-generated and the new form routine will be added to the indexed perform. 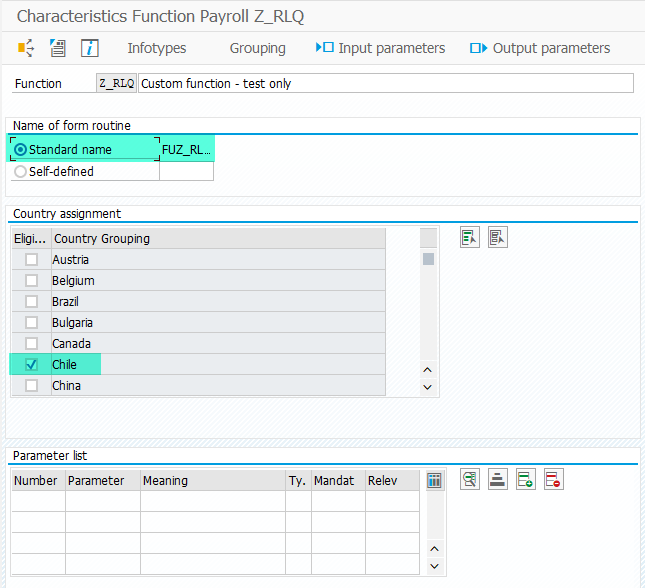 Create a custom include to store the function’s code

This is quite straight forward: access SE38, type in the name of your new include and hit ‘Create’. The only rule here is that the include must either begin with a ‘Z’ or a ‘Y’, which indicates that it is a custom object. 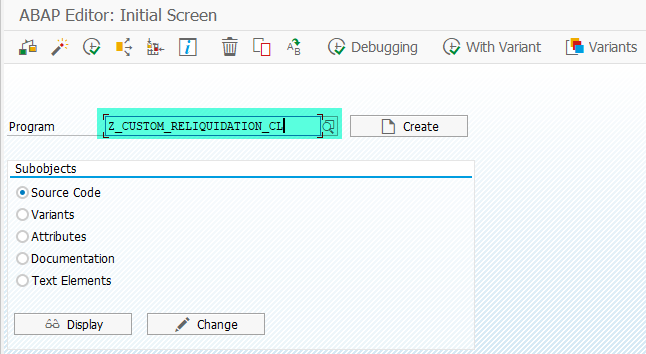 Implement a form routine with the logic needed

The idea is to use the include created above to hold one subroutine that encapsulates the new behavior that should be added. The subroutine’s name has already been defined in the second step, FUZ_RLQ. This code will lower all the social security bases by some percentage, which is an internal requirement made by business. It is not defined by law nor is it invented by SAP, therefore, a perfect scenario to add a custom function.

Add the custom code to the Payroll driver

Now, we must include our new code into the payroll driver. It can be done by adding it to the include pcburzXX0, where XX standard for the country’s abbreviation convention. In this example, I am creating a new function to Chile, therefore the include should be pcburzCL0.

Add the custom function to the Payroll Schema

Access PE01 and type in the schema that will call the new function. Then, hit ‘Change’.

No alt text provided for this image
Now, find the line with the function you need to replace and type ‘*’ into de column ‘D’, or if there is no replace, only the addition of a new function, then type an ‘i’ in the last character of the column ‘line’.

Once you hit enter, a new line will appear in blank right below where we added the ‘i’. Then, just type in the name of the subroutine created before in PE04.

With the configurations finished, all that there is left is to run the payroll with the new schema that calls the new function, and then check if the results are correct or if more code must be added to meet what the guys from business defined.

Hey! Useful, but the images seem to be lacking... Would you be kind enough to upload them again?

Hi Andres, thank you for the comment! I have just added back the images, no idea why they vanished hehee! 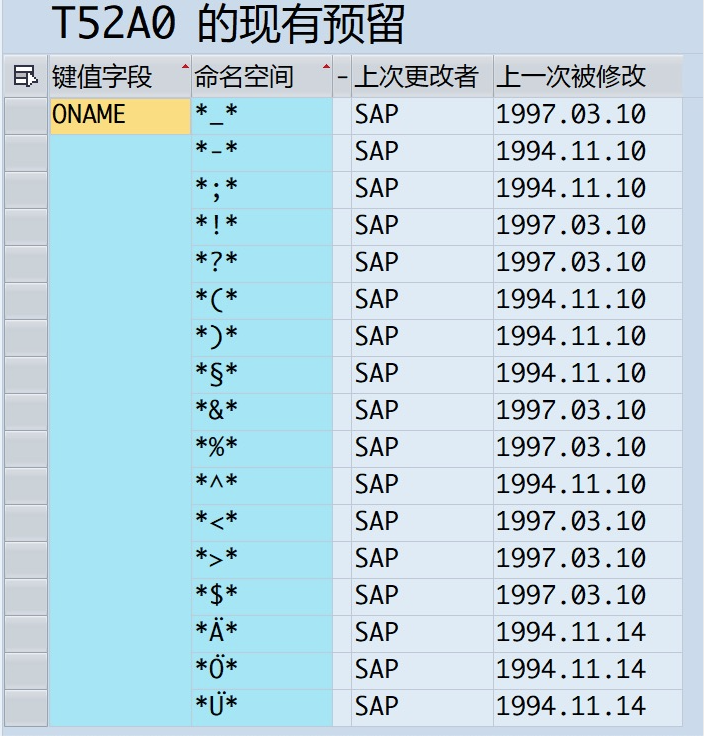