We are very excited to publish the latest release of the SAP Cloud Platform SDK for iOS, which includes Mac Catalyst support and Module Stability.  These capabilities are super-cool, and contain internal enhancements foundational to the next generation of the SDK, so this is a big deal.  But, there is a critical tradeoff in OS version support that needed to be made, which is why we are incrementing the major version number.  We cannot support iOS 12 on this code line.  So, SDK version 5.0 is iOS 13+, and we will execute on this OS support program:

Now, you might be thinking… if we’re only supporting iOS 13+, this means we can start to use SwiftUI and Combine, right? ?  yes indeed … more to come soon 😉

The SAP Cloud Platform SDK for iOS Assistant has been updated to support the option to generate projects with Mac Catalyst support. If you don’t enable this this during generation, you can always add the capability manually in the Target “General > Deployment Info” settings.

There are three key updates for the newly-generated projects:

For iPhone Simulator and iPhone targets, there are no changes to the prerequisites for running:  you just need to select a Developer Team the Target “Signing & Capabilities > Signing” settings in order to run on device.

For Mac targets, there are three critical new prerequisites:

When Steps #1-3 are complete, you’re ready to build and run normally to a Mac target!

Note: SAPML framework is delivered as an xcframework, but does not yet support Catalyst.

One of the real operational challenges thus far in delivering the SDK as binary frameworks has been the lack of module interface compatibility across Swift compiler versions.  This has meant that for nearly every Xcode release, a new patch has needed to be produced and released on SMP and the Developer/Trials site.  This is why each SDK release <=4.x specifies the Xcode version with which it was built.

There are always risks of breaking changes related to new tools or iOS versions. SAP always recommends validating new component versions in your landscape, before going into production.

Module Stability on Apple platforms has a dependency on objc runtime features in iOS 13. Therefore, it will be supported in version 5.0 and higher of the SAP SDK.  Version 4.x will not support the feature, and new patches to the SAP SDK may be necessary to support new Swift compiler versions for the 4.x code line. 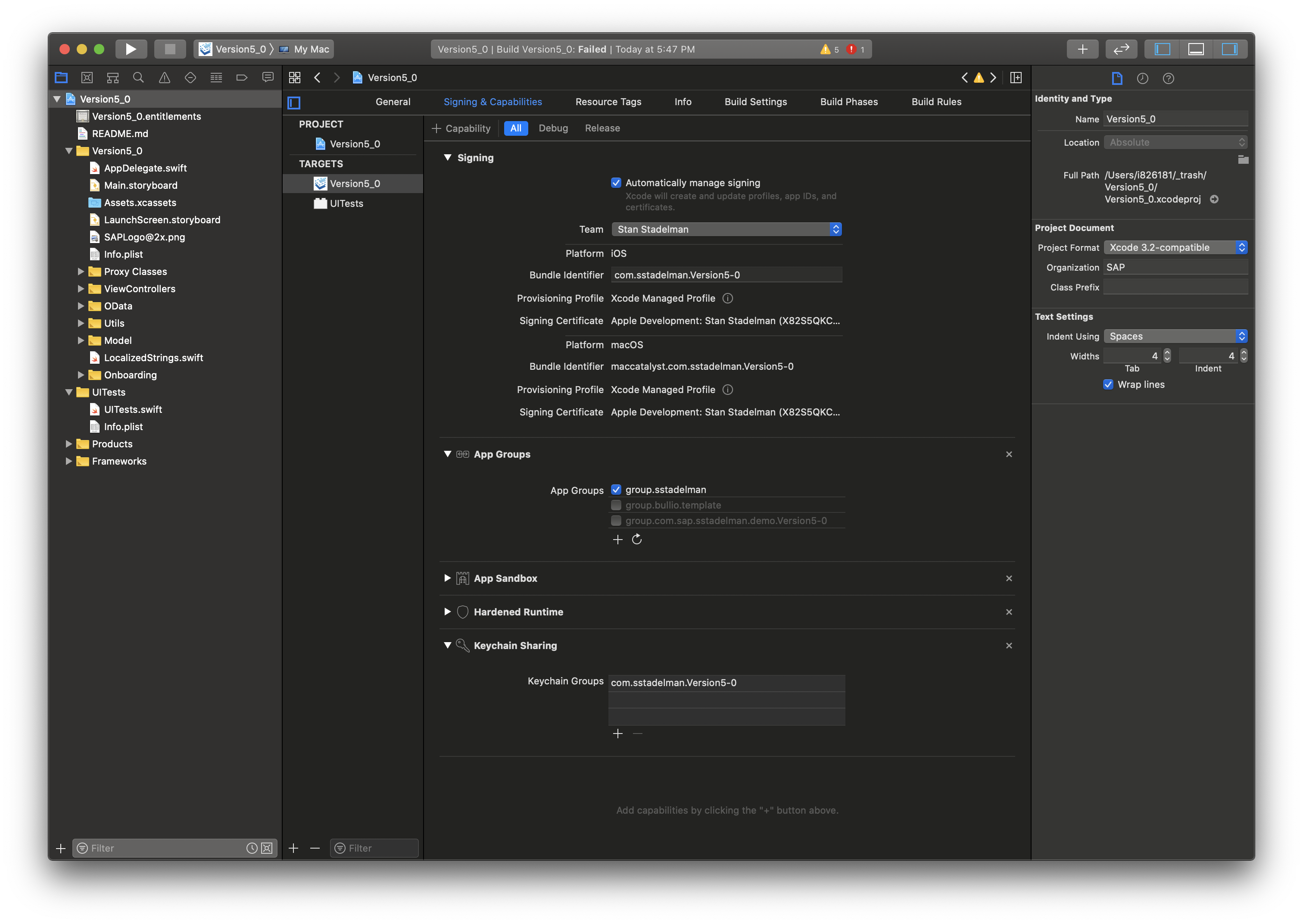 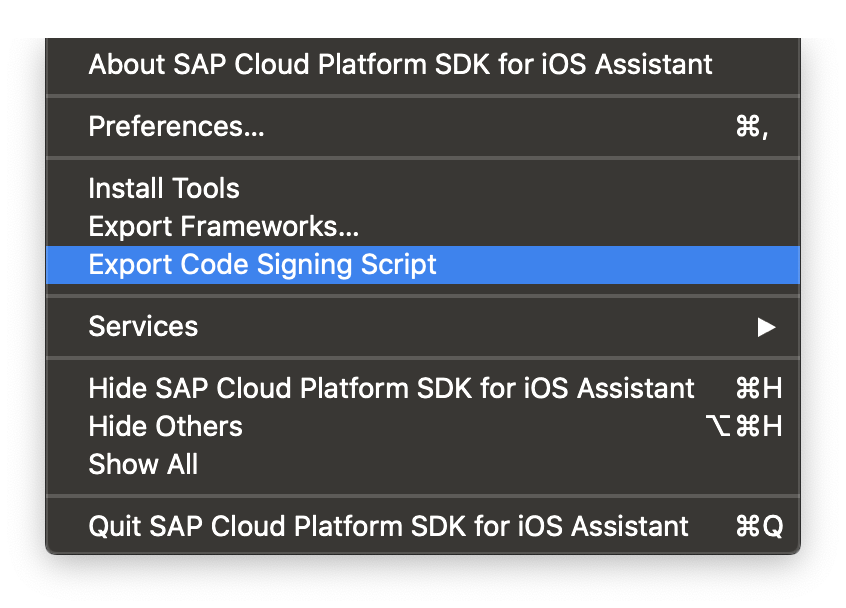 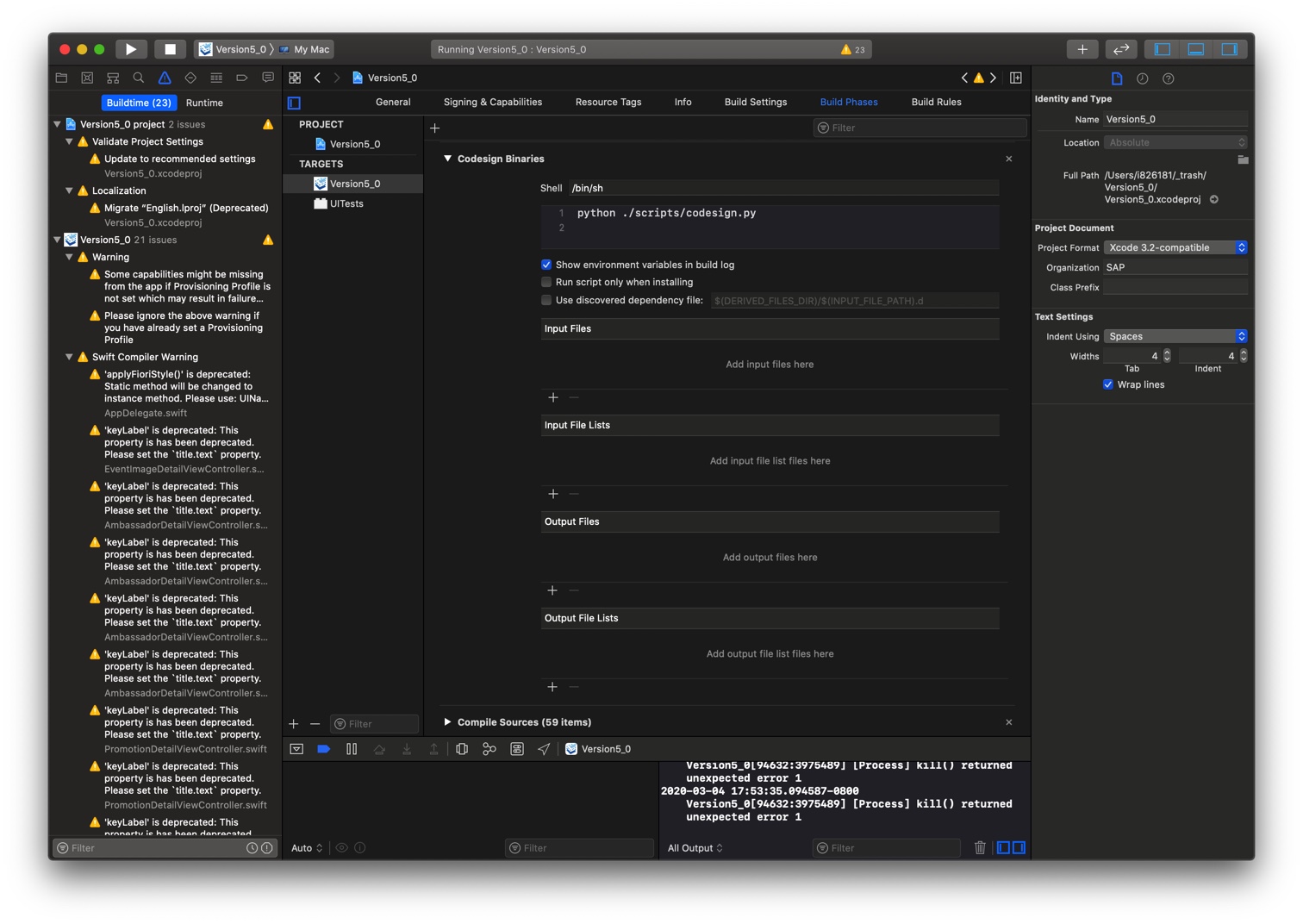