This is my first Blog it Forward!

I want to start by saying a big thank you to Nil Peksen for tagging me to take part in this Blog it Forward series (and also for the very insightful lectures delivered by her on SAP events). Thanks, Nil!

I was born in Brazil where I lived until 2018. Until 2011 I lived in Sao Paulo, the biggest Portuguese-speaking city in the world. The city was a popular destination for European migration to Brazil and this is the reason why my ancestral family roots are from Italy, Spain, and Germany.

In 2011 I moved to a smaller city called Ribeirao Preto, which is known as the “Brazilian California” because of its virtually endless summer. I can tell you that a typical winter day there is warmer than a typical summer day in Germany. It means more than 40 Celsius on some summer days and lots of 20+ Celsius on winter days!

In 2018, I decided with my wife to move to Europe and we chose the amazing (but cold) Bavaria region. Germany is an amazing place to live, but the first winter was a totally new world for us and I even questioned my decision because of the unseen (for me) weather and because of some personal challenges we had to overcome during 2018 and 2019. Now, after our second winter, I’ve already got used to it and I can say I’m pretty happy living here.

I started working as an ABAP developer back in 2005. After a few years, because of my curiosity about the business side of SAP implementations I’ve undertaken two functional SAP academies (SD and MM) and have got one SAP certification. But I’ve then learned that my real passion is in developing and architecting systems while I keep always learning new technologies. So I soon decided to focus back on the software engineering side. I learned Workflow, SAP Screen Personas, SAPUI5 and I’m working now to “be fluent” on cloud-native software development and product management.

My first “real” contact with the SAP Community was in 2016 when I decided to go to an SAP Inside Track event. I decided to have the most fun and submitted a session proposal to hold a lecture about SAP Screen Personas. Happily, it was accepted and since then I never stopped to collaborate with the community, mainly by joining events as a speaker but also by organizing some of them. These are the SAP Community events I’ve organized while still living in Brazil:

Making these events happen was a really amazing way to get closer to the local SAP community members and to learn that it is possible to make it happen. I think most people really enjoyed going to the events because they met lots of other new and interesting people and also learned a lot from all the sessions. I have written about my lessons learned while organizing these events here and here.

Now that I consider myself fully comfortable with living in a new country (besides the new language, I’m still working on that) I have plans for some new SAP Community initiatives for the near future, so stay tuned!

… from Susan Keohan‘s list. (Thanks for the amazing question ideas Susan!)

How do you think the way you were raised affects your Career?

I am extremely lucky to have been raised in a way that I turned to be a self-starter and self-learner. My father and my mother taught me to love books from an early age and later as an adult I developed the habit of reading at least one non-fiction book a week.

At 11 years old, I asked my father to sell my videogame console and buy a used old computer because I wanted to learn software development. By the same age, I started to study the English language by myself at home. Yes, I was a hardcore nerd!

All of this had and have a profound and positive impact on my career and my life as a whole. I’ll be forever grateful to them for this!

Curious fact: when I was a child my father worked a long time for a Swedish company called Sandvik, which is an SAP customer. It makes me think that probably SAP had an impact on my life much earlier than I could realize.

What do you enjoy most about your work and why?

The possibility and constant challenges to be always learning. I do not like it when life gets boring.

I absolutely love to learn new things and I actually plan my whole career based on this enjoyment. I think the work in the technology area and particularly with the SAP ecosystem is full of opportunities for constantly learning and growing.

I also enjoy the opportunity we have to know and exchange knowledge and experiences with a lot of people from the whole world.

What do you most enjoy about the SAP Community?

I absolutely enjoy all the high-energy people focused on learning and sharing knowledge about everything that has the most impact on SAP projects and also on people’s careers and growth.

And here one personalized question I wanted to add to the #BIF series: Who in the SAP Community has or had a positive impact on your initial community engagement?

I have had the pleasure of knowing and learning from some amazing people who definitely know how to make the community better and stronger:

First, when I was living in Brazil I was very welcomed by Eduardo Chagas who organized the first SAP Inside Track event where I’ve joined as a speaker. This was back in 2016 at SAP Labs Brazil.

Later still in Brazil, I had amazing support and developed a friendship with Raquel Cunha and Bruno Lucattelli, two SAP Mentors who were very active in Brazil and acted as role models for all the SAP Community there.

Also in Brazil, I initiated contact and had lots of insightful support from Christian Braukmüller and Graham Robinson, two SAP Mentors who very kindly mentored me with great ideas on how to organize the SAP Community events I started in Brazil.

More recently, Gregor Wolf, Craig Cmehil, Katarina Nonhebel were superlative making me feel more comfortable and welcomed to the SAP community in Germany and they surely keep inspiring me by their actions.

So if you want to get inspiration, please follow these people. Amongst others, they make the SAP Community a great place to be.

Thanks to you all because I’ve followed your steps and will keep doing it!

Some memories from my opportunities to engage with the SAP Community

…and close by naming some people from who I would like to see a #BlogItForward: 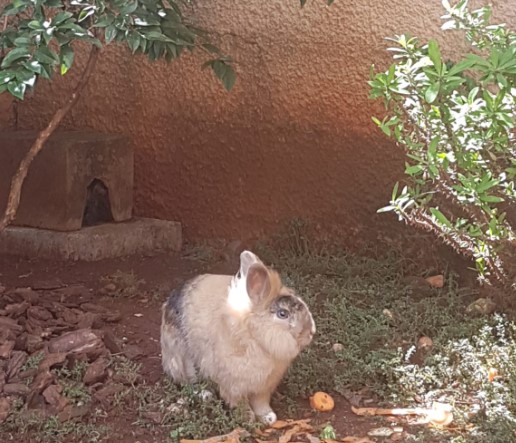 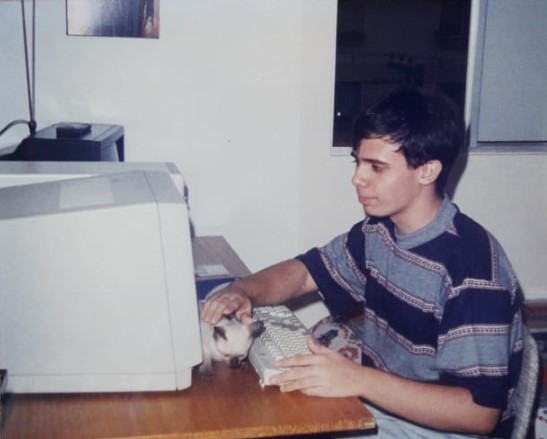 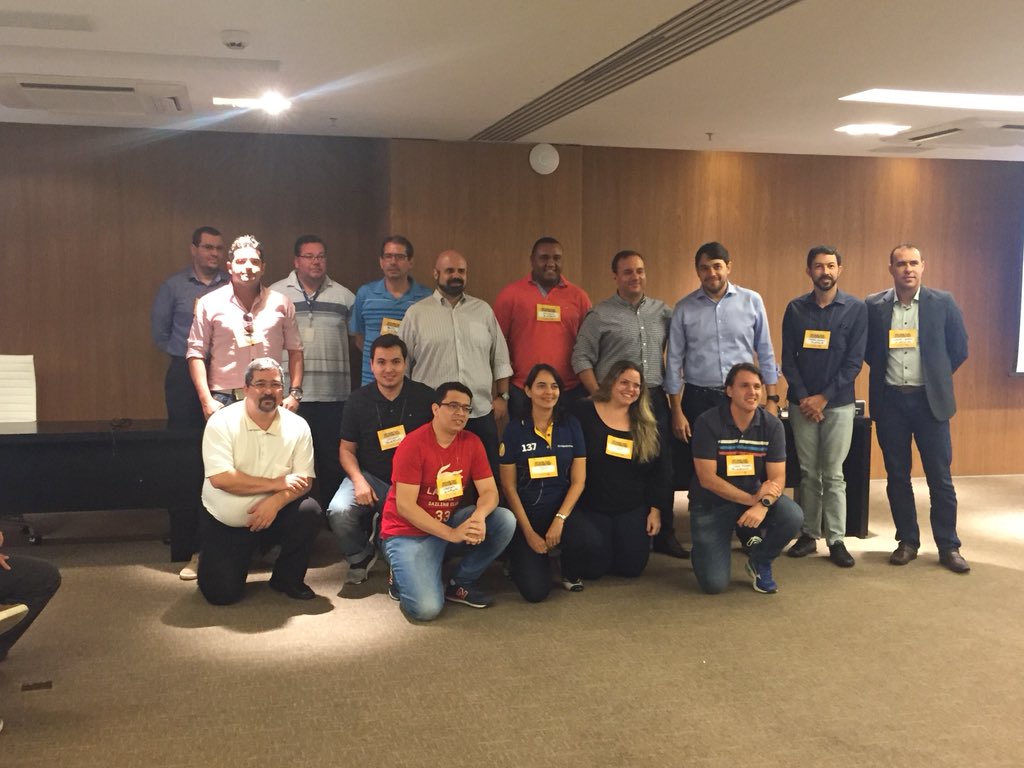 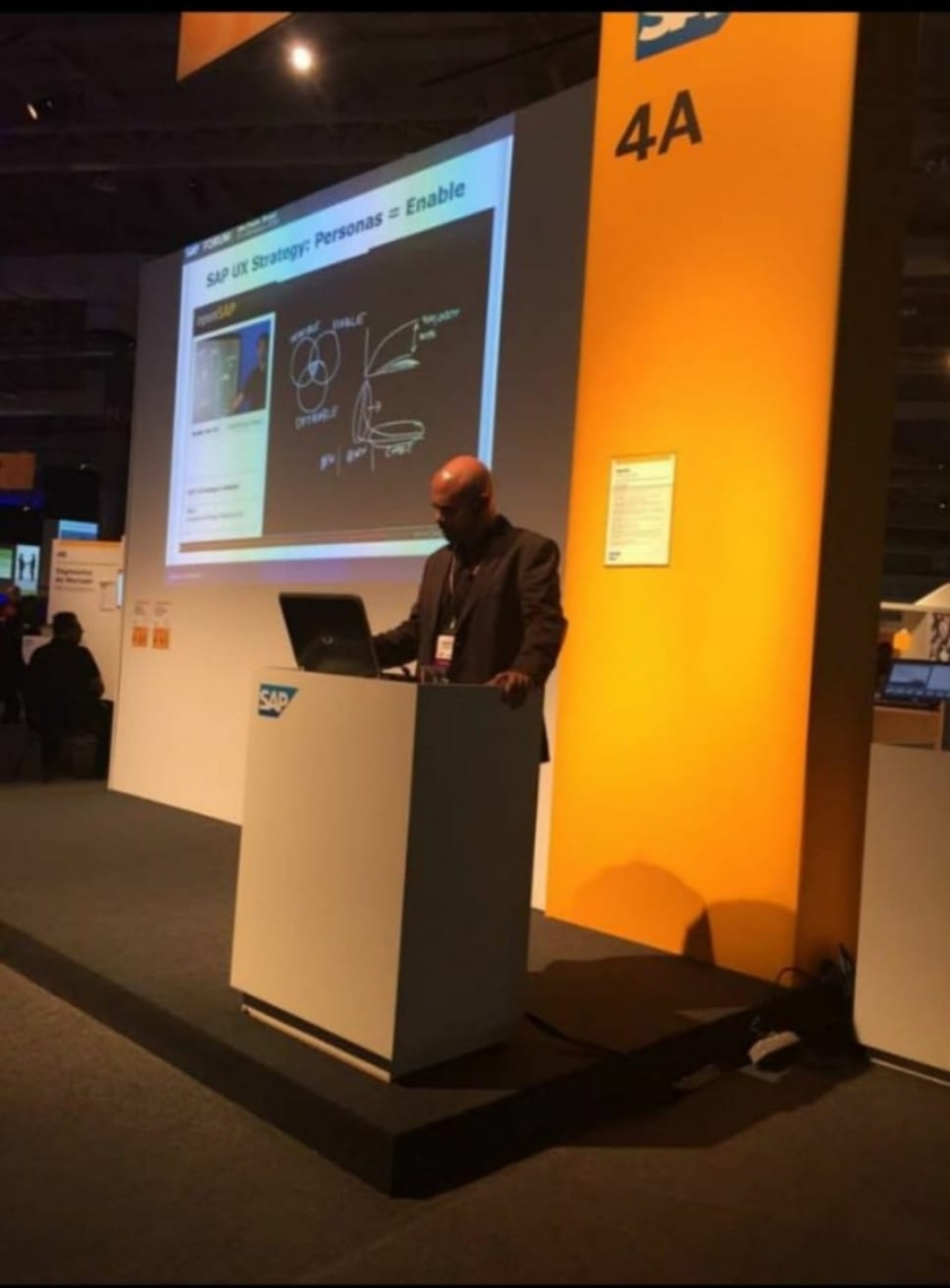 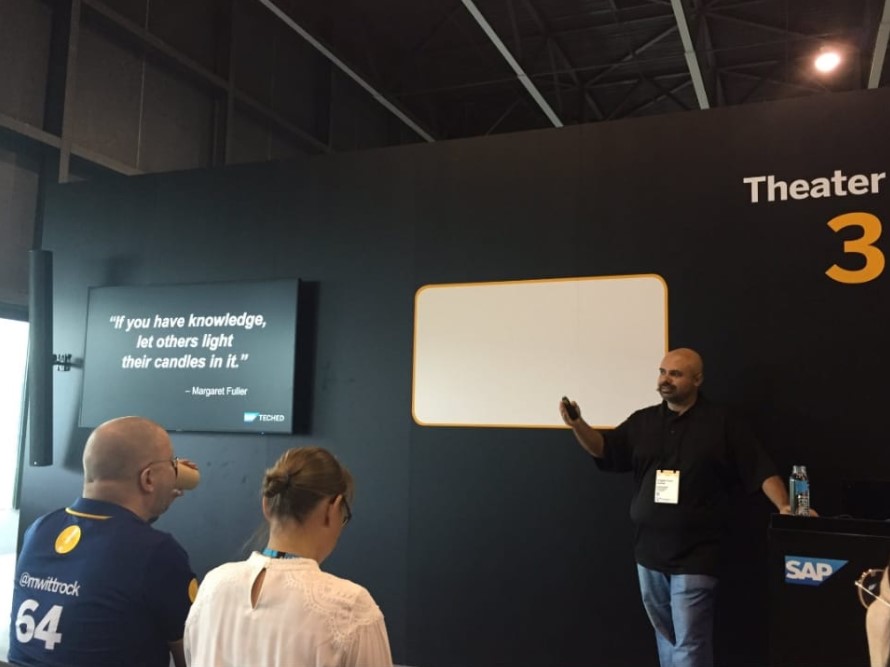 Hi Douglas, and welcome to the #BlogItForward family!

I can't imagine the shock when you moved from Brazil to Germany.  I am glad you've made an adjustment.  How does the bunny Popcorn feel about winter?

Although this winter has been very mild in terms of snow, my Yellow Lab girl does love the snow (in spite of the look on her face 😉 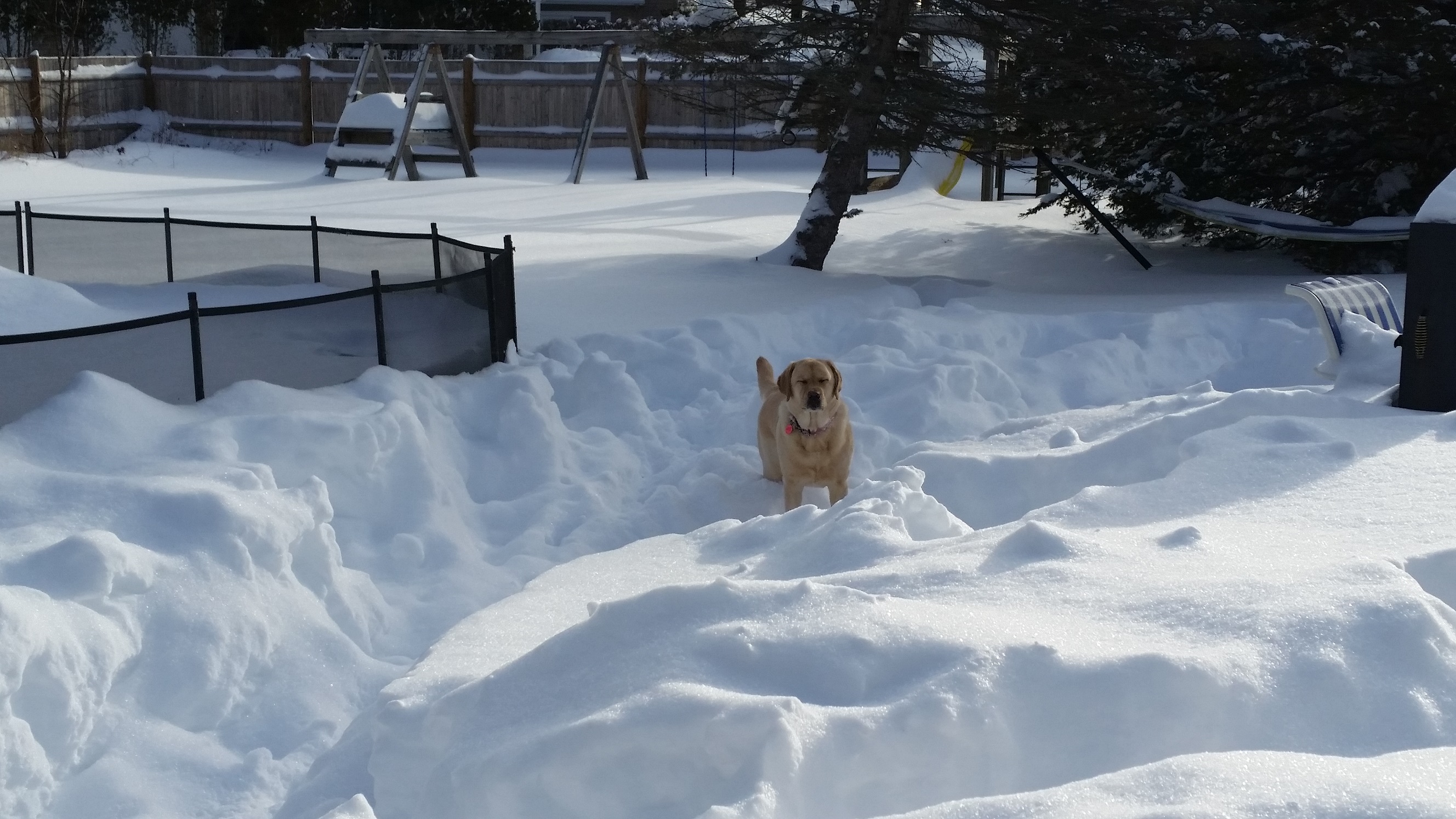 Just for fun, I found out what your unicorn name would be:

High Sue, thanks a lot for the friendly reception!

Well, the first winter was a shock for us. After 7 years of living in a city with an endless summer, we first thought we could not stand the change. But now, by the end of our second winter year, I can say I am already used to it. I even enjoyed the winter this time! So, no plans to go back.

Popcorn has been adopted by our former neighbor's kids. He is surely pretty happy in his new sunny home.

Supporting Inside Tracks has been one of the most enjoyable aspects of my work in the last few years. In the current challenging times I am working to bring some added value to the community online, while we are all hoping things get back to normal soon.

Thanks a lot for finding my unicorn name, it's pretty fun to know I have one!

Nice to meet you, Sue

Great BIF post Cezar, thanks a lot 🙂
Your Bavarian winter experience looks like my Oslo winters.
I am also in my second winter and I experienced -25 this year 🙂

Thanks a lot, Nil!

I hope you are getting used to the winter. I can say I already got it.

But -25 is really harsh, right? I think I did not have less than -6 here in Bavaria this Winter.

what a great blog! Thanks for the mention! I am so happy to have helped you and become your friend. I miss our conversations.

Take care and congrats for being an SAP Champion.