It all stared with a post on LinkedIn where I asked for input on my next build (aka MOC – my own creation).

One of my former co-op students suggested I do a MOC of downtown a Toronto. Turns out that I had never done a LEGO architecture type build. Ironic because I think I pretty much own a set from almost every LEGO series (but heavily favouring Star Wars and Marvel/DC). As usual, before I really committing to anything I wanted to “dip my toe in” and make a quick test build/prototype.

So I decided to do a LEGO architecture style MOC of a very unique building in Waldorf, WDF18. It is shaped like an asterisk (“*”) with a large circular middle column and six (6) arms or points. I thought this was a good challenge as it was a mix of curved/circular parts and also non-orthogonal parts.

Shortly after experimenting for a evening, I posted a “prototype” on my LinkedIn. I asked my network if they could recognize the build. I was absolutely shocked when in less than a week I had 10,000 views!

As the views and likes were flooding in I felt obligated to respond. So I committed to try expand the build. In less than a week I had built out WDF19-20-21, two building that had the “star” shape and the atrium that connected them. I have been to SAP HQ in Waldorf, a few hours from Frankfurt many times, but not in the last two years (my last three trips had been to the Potsdam office near Berlin). So I went from memory and a few pics I could find the on web. A weekend afternoon and a few late nights and I had a much bigger build.

I had been asked how long it took me to build it all. The initial prototype was done in a night and took about 3-4 hours? The larger build which is 6 sand-coloured base plates was built in the next week and couldn’t really be more than 21 hours? I still had a full-time job and two young kids, so I was limited to late night and one weekend afternoon. So my best guess is about ~25 hours.

I learned that my LinkedIn network clearly loves LEGO and loves SAP. Below is the latest slightly refactored MOC: 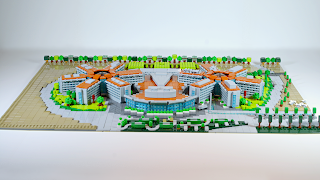 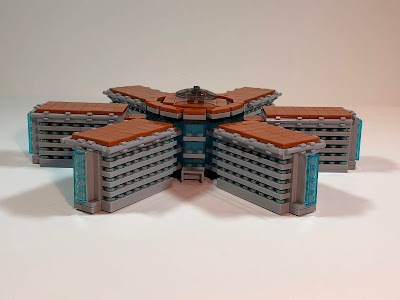 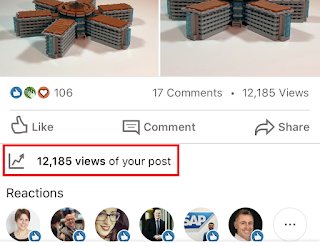 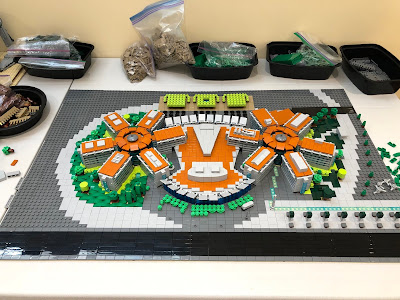 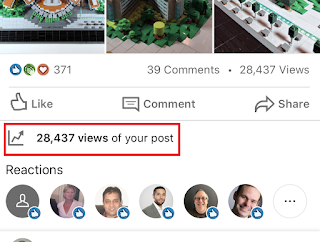 This is a wonderful little blog. Thank you for sharing. Perhaps the start of a series of SAP buildings around the world?

Beautiful art work 🙂 Thanks for sharing!

Totally awesome! Totally one for our "lego builder" thread