Do you know ABAP as a Programing Language?

Do you know ABAP? 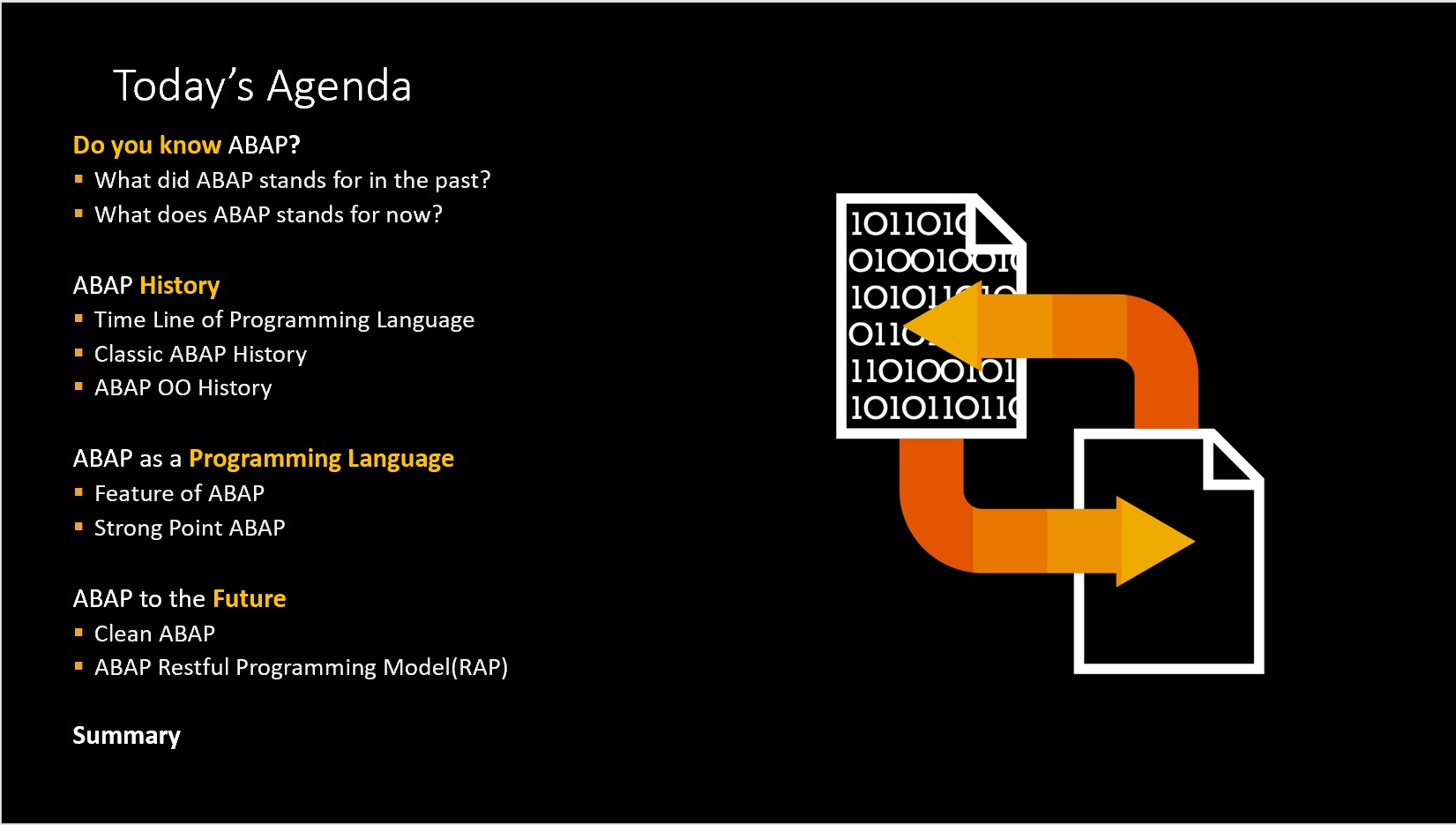 What does ABAP stand for?

ABAP once represented a general reporting processor in German, 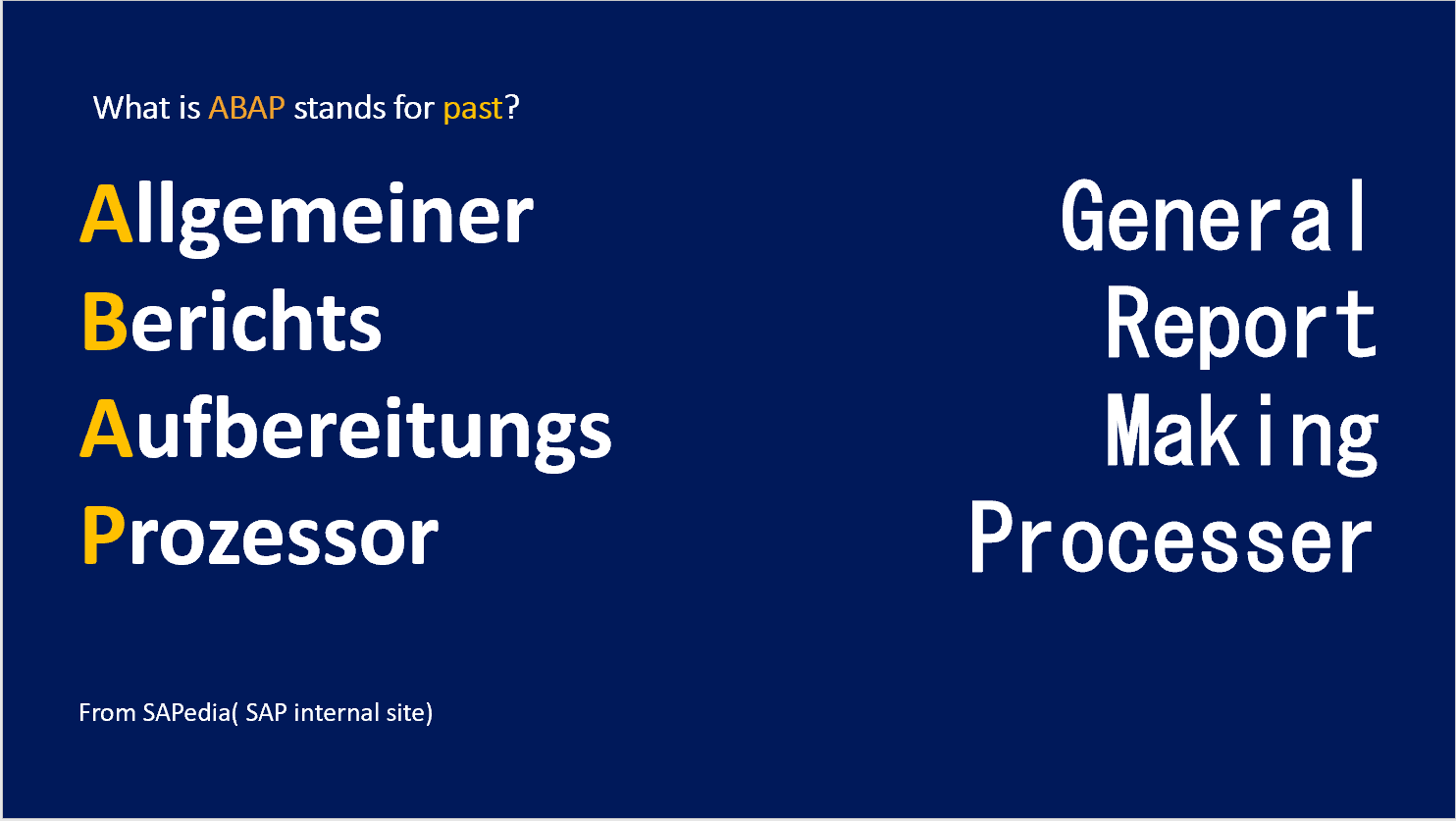 but as the nature of the language itself changed, 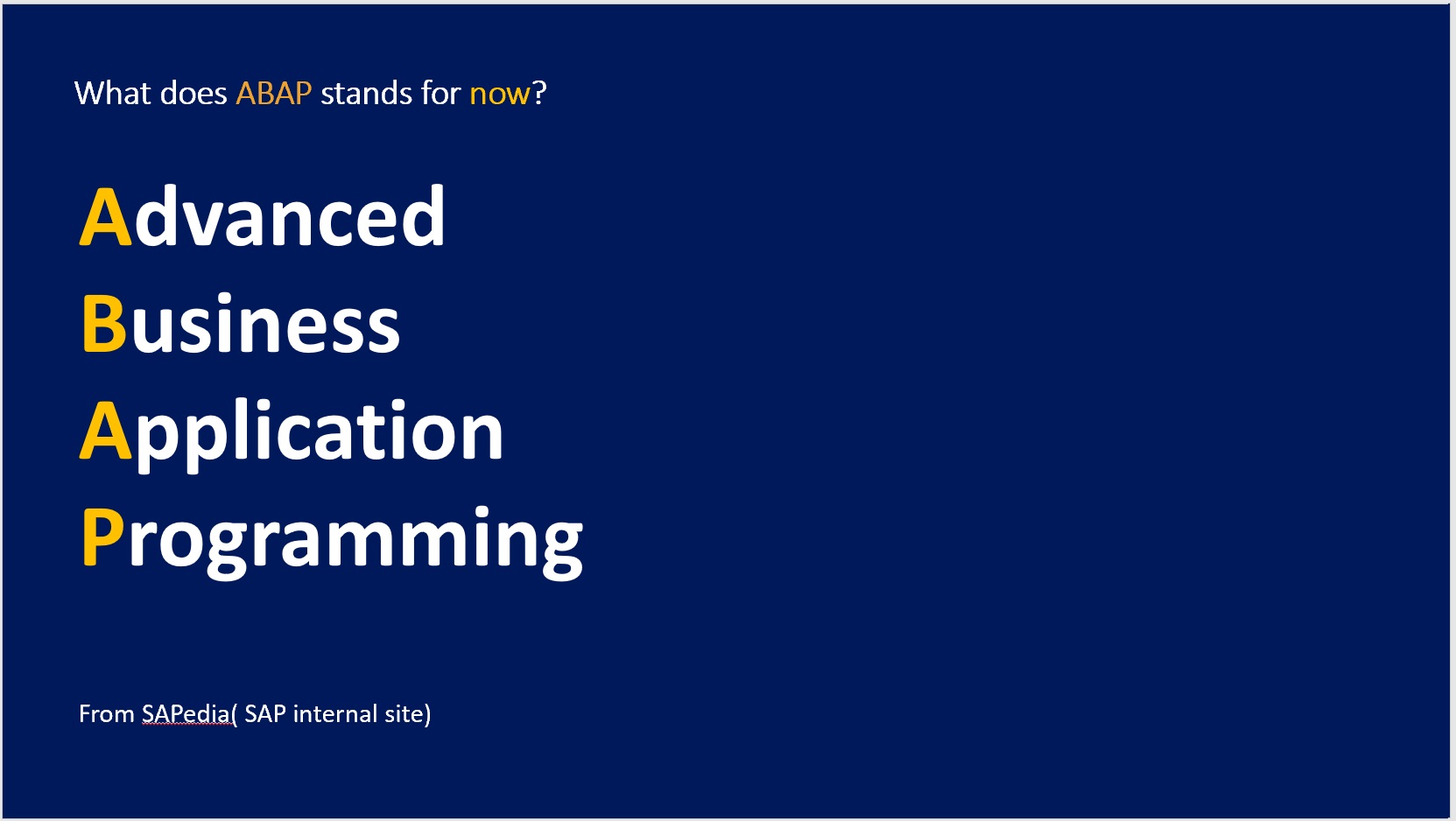 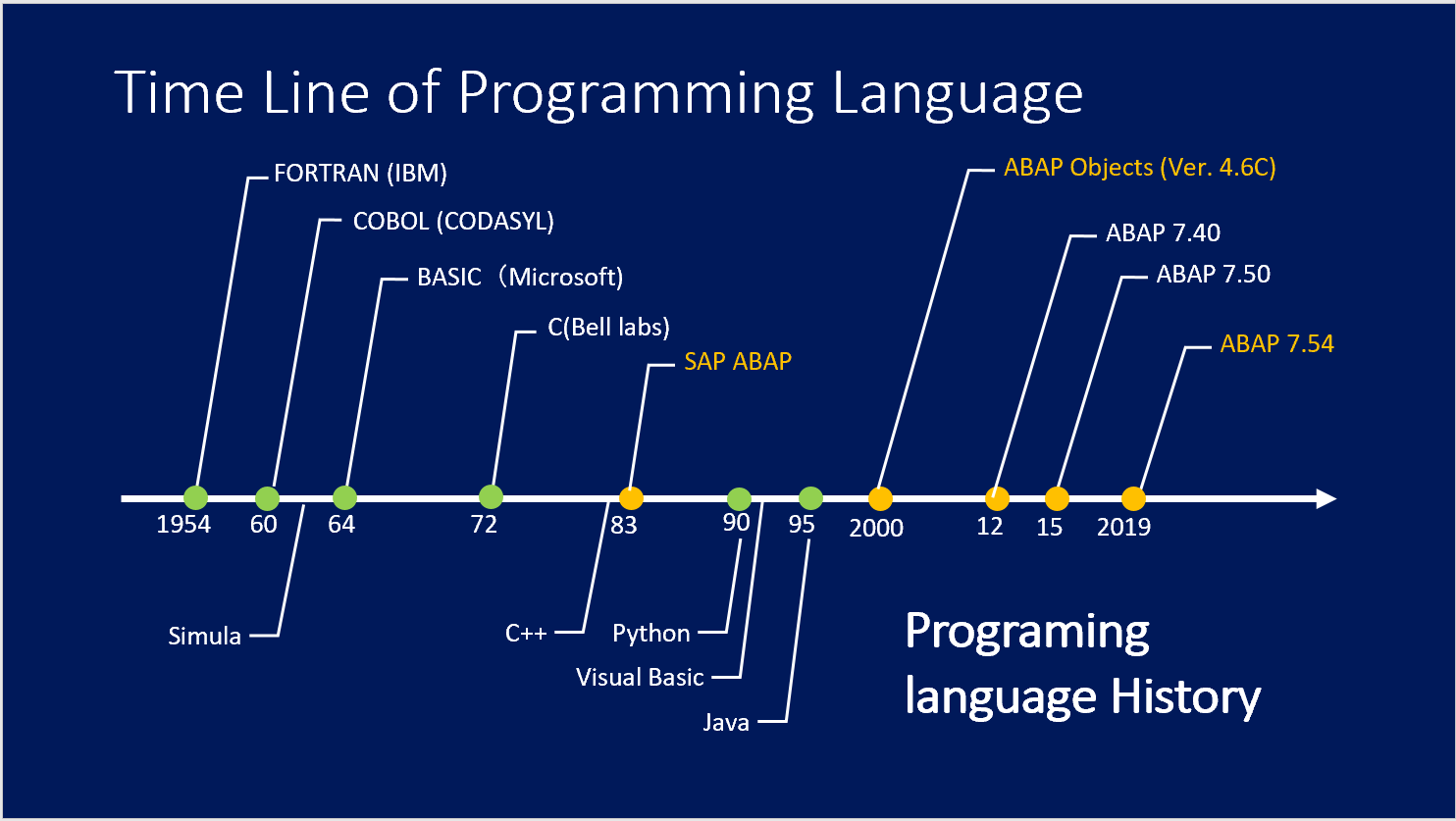 How does ABAP differ from other languages?

So how does ABAP differ from other programming languages?
There are other languages that don’t require compilation, and there are many object-oriented languages. 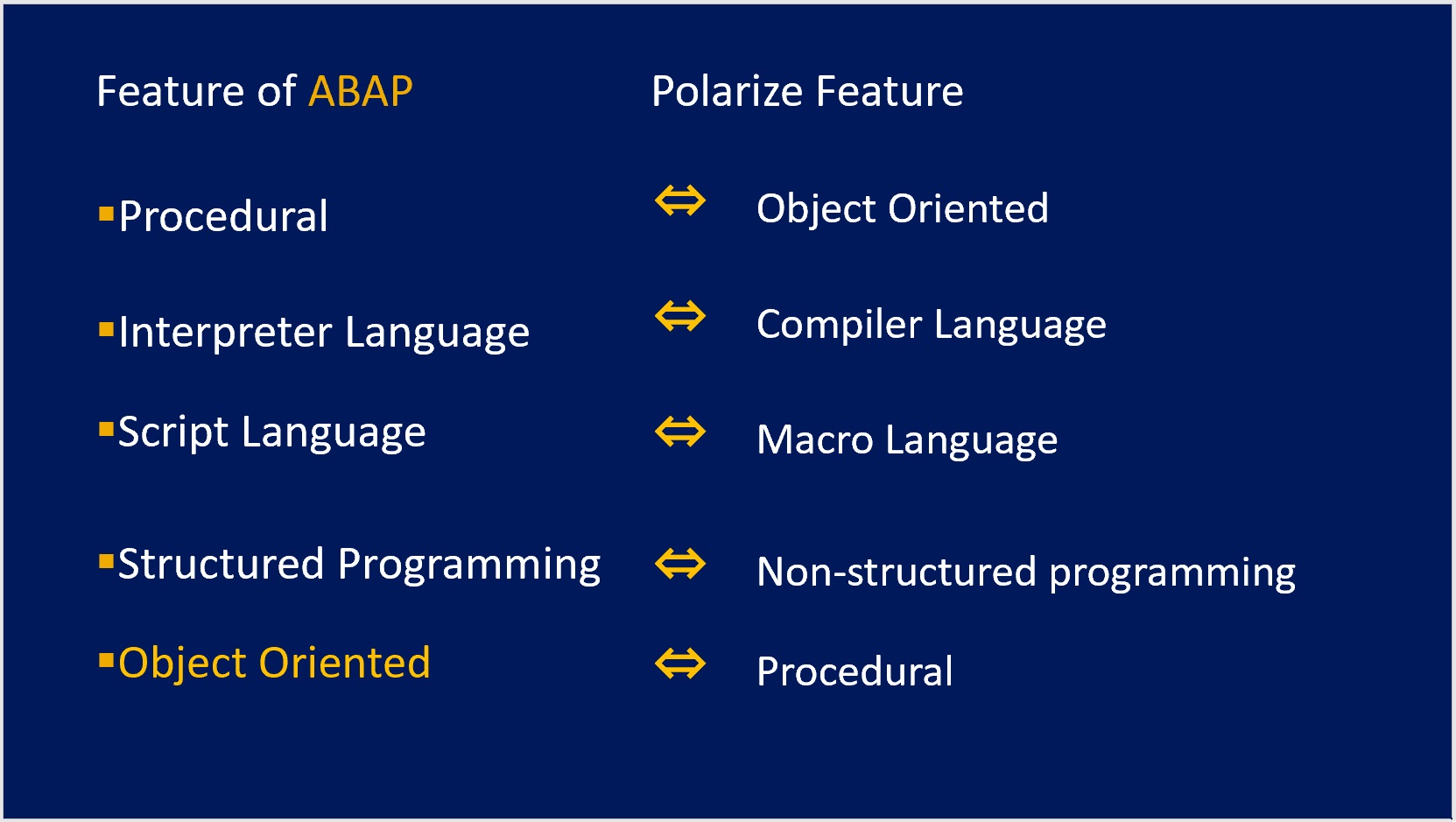 Are you using ABAP because it is only programing language for SAP system?????

No, it’s not!
Here are the Strong Points of ABAP. 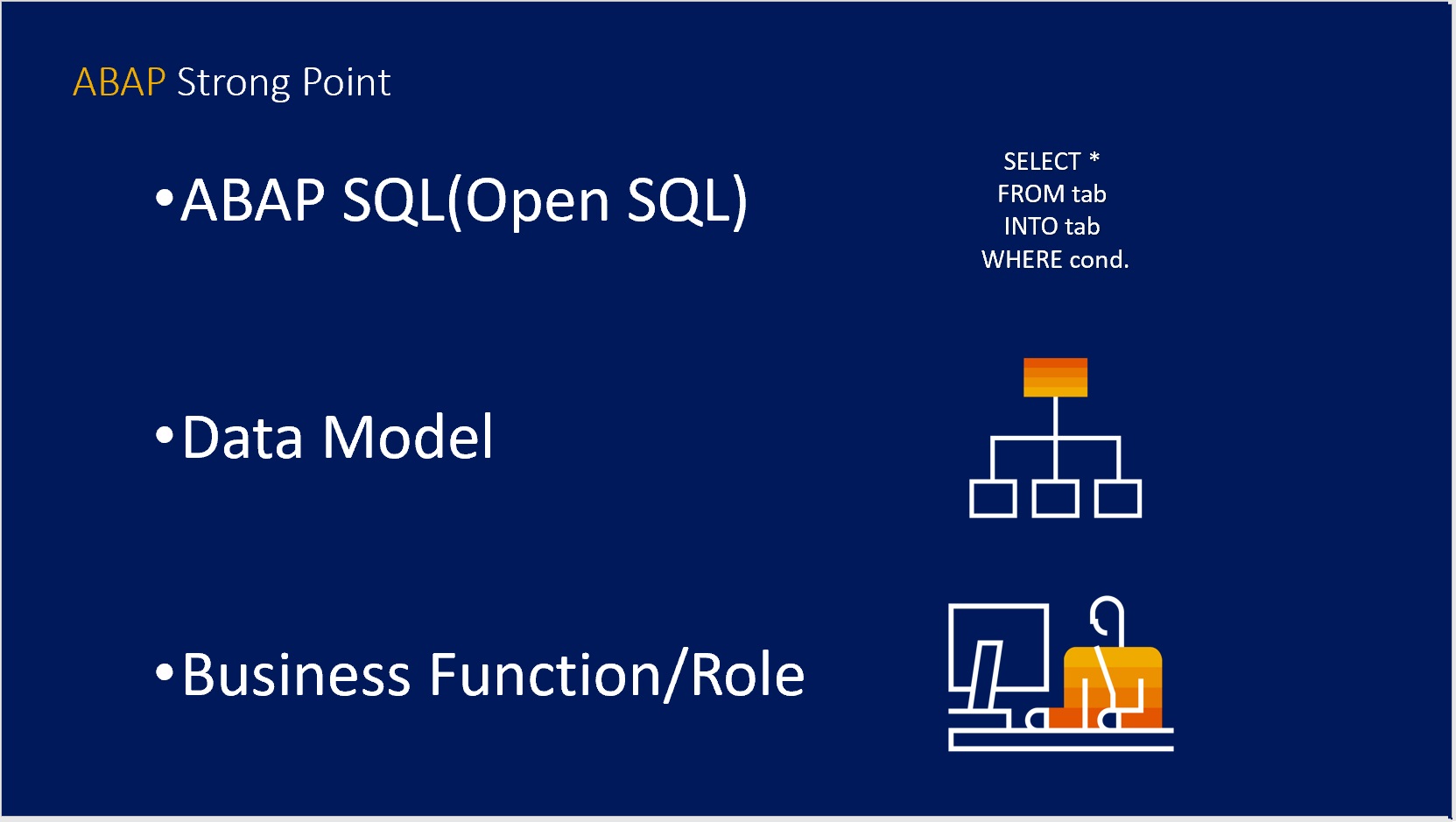 (1) You don’t have to change the SQL statement for each database
(2) you don’t have to think about the data model
(3) It has a lot of features, and you can aggregate the functions for each department, collaborate with other departments, and allocate the functions collectively for each position.
Anyway, about creating a “business application”,ABAP is so Strong!!
Don’t you want to open the ABAP editor now?(Is that just me?)

What will happen to ABAP in the future?

What will happen to ABAP in the future?
There have been guidelines for programs, but there are guidelines that can be developed more cleanly and efficiently.
https://github.com/SAP/styleguides/blob/master/clean-abap/CleanABAP.md 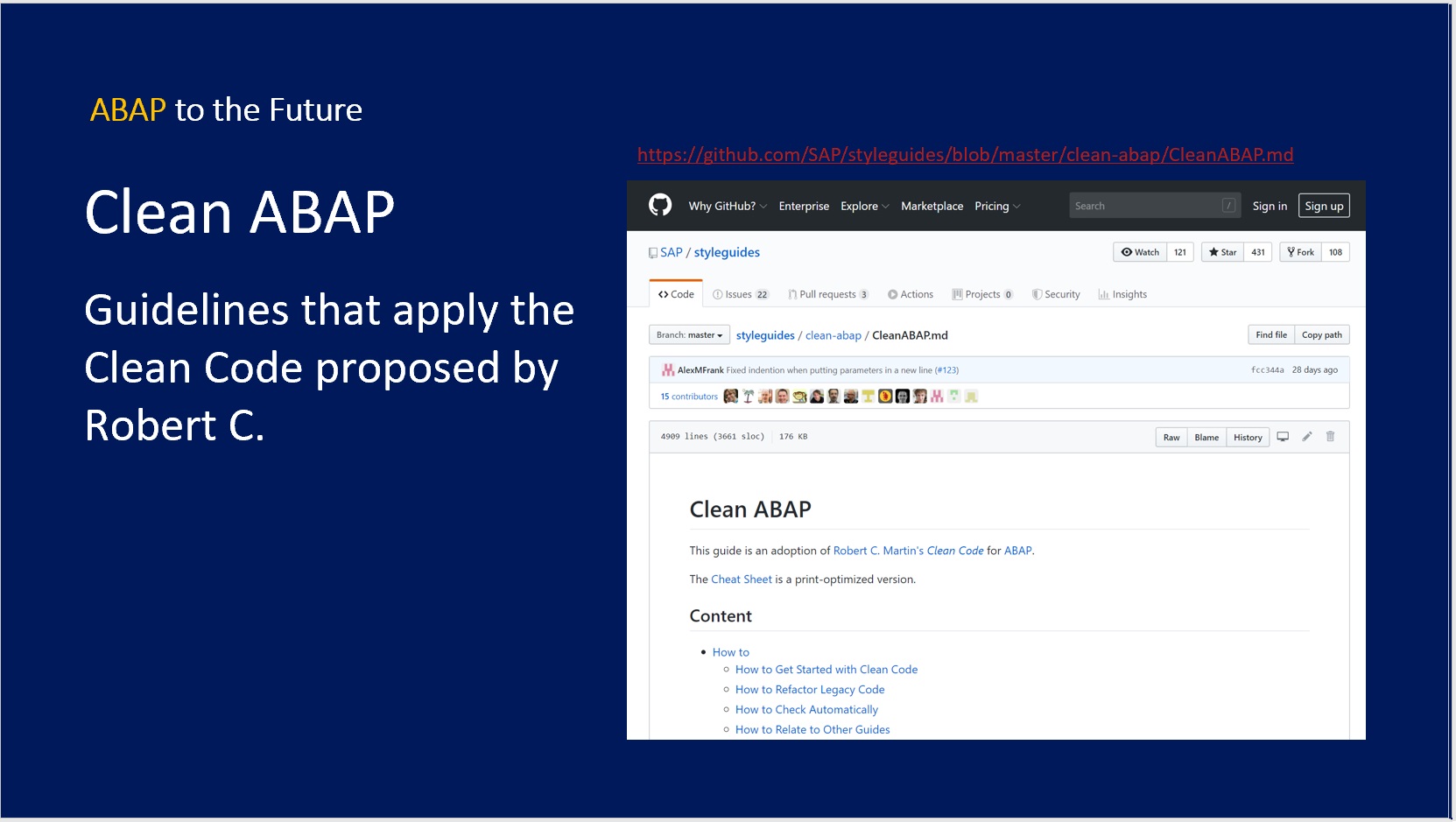 It contains basic guid which may natural for developers, though if you look at this, you don’t have to write spaghetti code!(also for me lol)
https://github.wdf.sap.corp/DevelopmentLearning/restful-abap/wiki

It is a programming model optimized for HANA to hammer out the chaotic procedural programming.
There are also videos and tutorials from so let’s learn more.
https://video.sap.com/media/t/0_4f6eooyk
https://developers.sap.com/tutorials/abap-environment-restful-programming-model.html 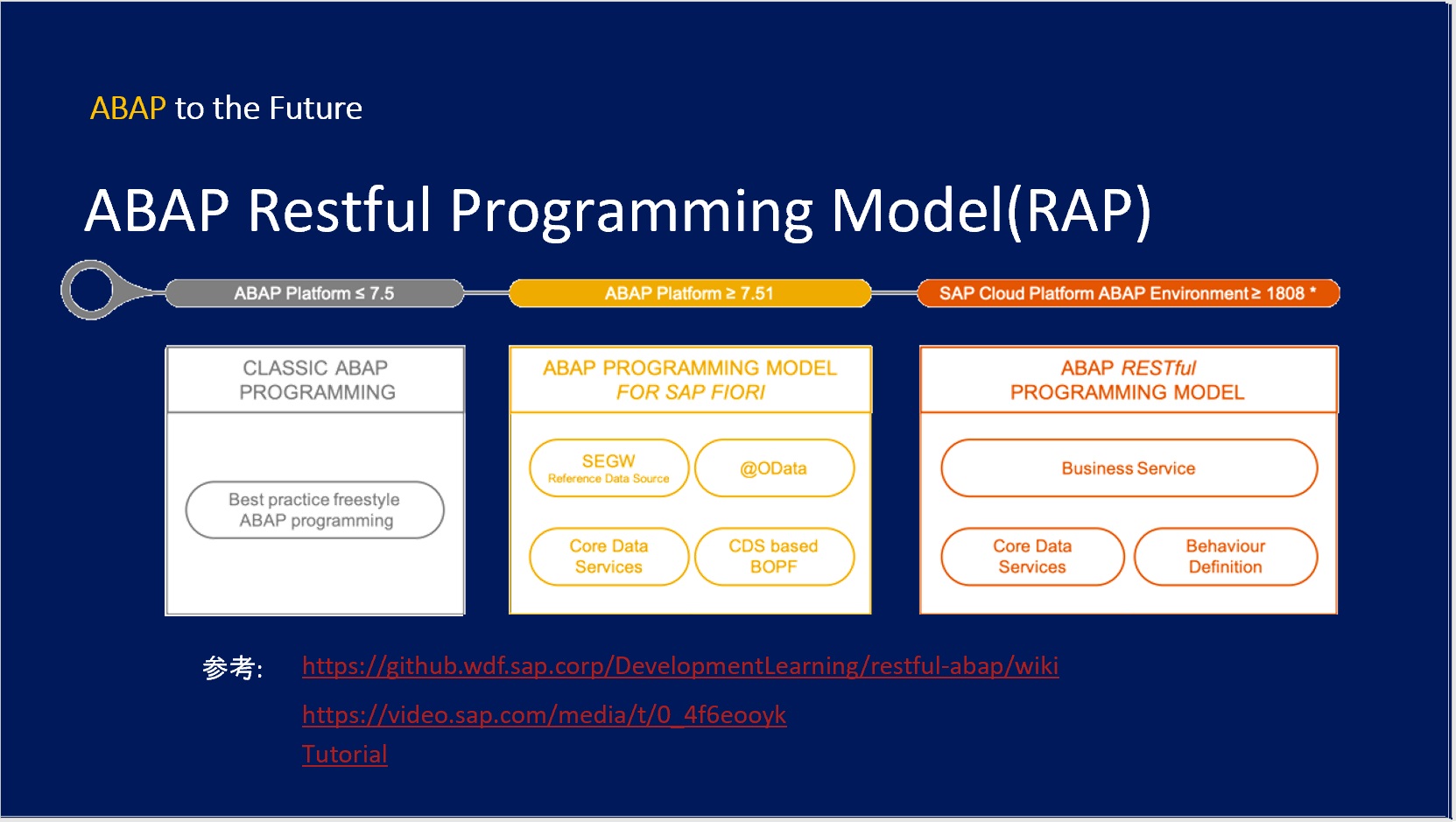 Thank you for reading.
Alerting is not available for unauthorized users

thank you for that great presentation of ABAP. I would LOVE to re-use some of the slides and spread that point of view as high level onboarding. Is it possible for you to share the slide deck?

Thank you for reading and replying.Those slide is here.I will be glad if it will of any help.

I used this slide in this event held by chillSAP in japan.

You’ve made a typo. It should be Allgemeiner. not Allgeminer. Also ABAP Objects, not ABAP Object.

Thank you for telling! I'll correct those!

I have to say that "History of ABAP" slide makes it look as if nothing significant happened in ABAP between 4.6 C and 7.4 but that's not entirely accurate, in my opinion. I'd at least mention 7.02 release. Secondary keys for internal tables, SAT, new debugger, code completion, all that happened in between. I'm using 7.31 daily and can say even that came a long way from 2005 when I first saw SAP. 7.4 is the whole other ballgame, of course, but "in between" releases deserve some honorary mention for paving the way.

Rena Takahashi, Thanks for sharing.