#One Thing I love, One Thing I’d like: CDS Views @OData.publish: true

What I most like in blogs is when I catch up one thing, one hint, one emotion or one joke that ideally makes my day, brightens my mood or adds value to my software development skills.

On the other side a blog can also point out missing things, existing pitfalls or ideally kicks off an improvement.

Before I start with writing about one thing I love that rised the last years and pointing out one thing I would like to arise in the coming years, let me encourage you to do the same:

One Thing I love

Like in every TechEd keynote there were a lot of technical announcements. Thinking back one of them got my full attention. The CDS views. Well yet another view – no big thing? No, it was first the context in that it was presented and second the technical completeness it was already. 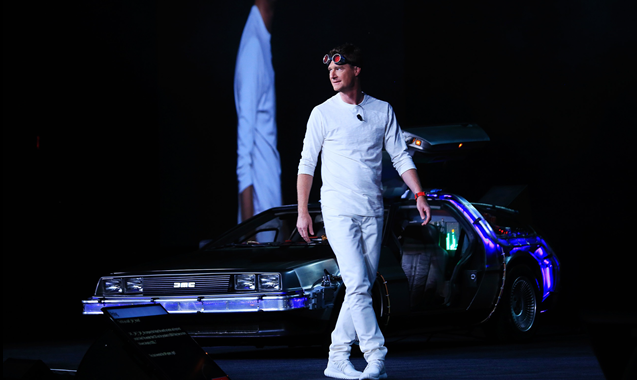 “These days you separate your mission critical process world .. from the space where you innovate and differentiate. … What you need is APIs … there is thousands of … in the S/4 HANA system … a powerful mechanism Core Data Services (CDS)”

The openness is one thing that I like but the Core One Thing I love is that you can get the whole API up and running with one annotation: @OData.publish: true. Adding one line to the view declaration and you are ready to consume the APIs from the outside world: SAP Cloud Platform, Fiori Apps but also from .NET applications, web technologies like JavaScript, PHP or even with an Excel file. OK the last one is a bit scary 😉

All togehter the CDS view published by an CDS service  is a solution for an existing problem and  the technical implementation is done perfectly. Although some important features that are already there in a S/4 HANA environment are missing in the Netweaver 7.50 stack. But lets come back to the future.

There will be thousands of CDS views ready to use in S4/HANA. But also in the Business Suite, starting with Netweaver stack 7.40, CDS views can be composed and published very fast. And also the tool to develop and configure them already is in place: ABAP in Eclipse.

A lot of business analysts, data scientists and of course software developers will get into contact more and more with Core Data Services defined by CDS views. But the possibility to view the declaration of CDS views is currently only available to software developers.

Of course changing the CDS view should require an development license. But the ONE Thing I’d like is that looking into the definition of CDS views with ABAP in Eclipse is also possible with a standard SAP license – that would in my point of view give another boost to this cool open technology.

Blog: Don’t be that Team – Why CDS Views are the new ABAP Objects (by Thorsten Franz)