Celebrating Diversity and Inclusion through Women of Color in Tech

SAP SE remains committed to promoting a more inclusive workplace through Diversity and Inclusion, a territory that is still not self-evident in the 21st century yet most critical in motivating human capital and advancing the organization’s goal.

Speaking at a panel Sallie Jian- Head of SAP. IO Foundry New York said the organization seeks to bolster start-ups by helping innovators to build products and provide necessary support to upscale. She said her organization tries to consider most the underrepresented such as women and the marginalized. “40 percent of our portfolio is led by the underrepresented group strategy. We have female-led cohorts and programs. This is an effort to promote gender inclusion by empowering women to grow their startups and tackle diversity by 2023”, Sallie Jian stated. She gave an example of a female startup company called Goodr which is tackling food insecurity using SAP software making collection and delivery of food much more efficient for both donor companies and Goodr using SAP’s latest software technology. She said due to the organization’s efforts in helping women upscale their startups, Goodr has managed to grow its profit margin and impact in the community. 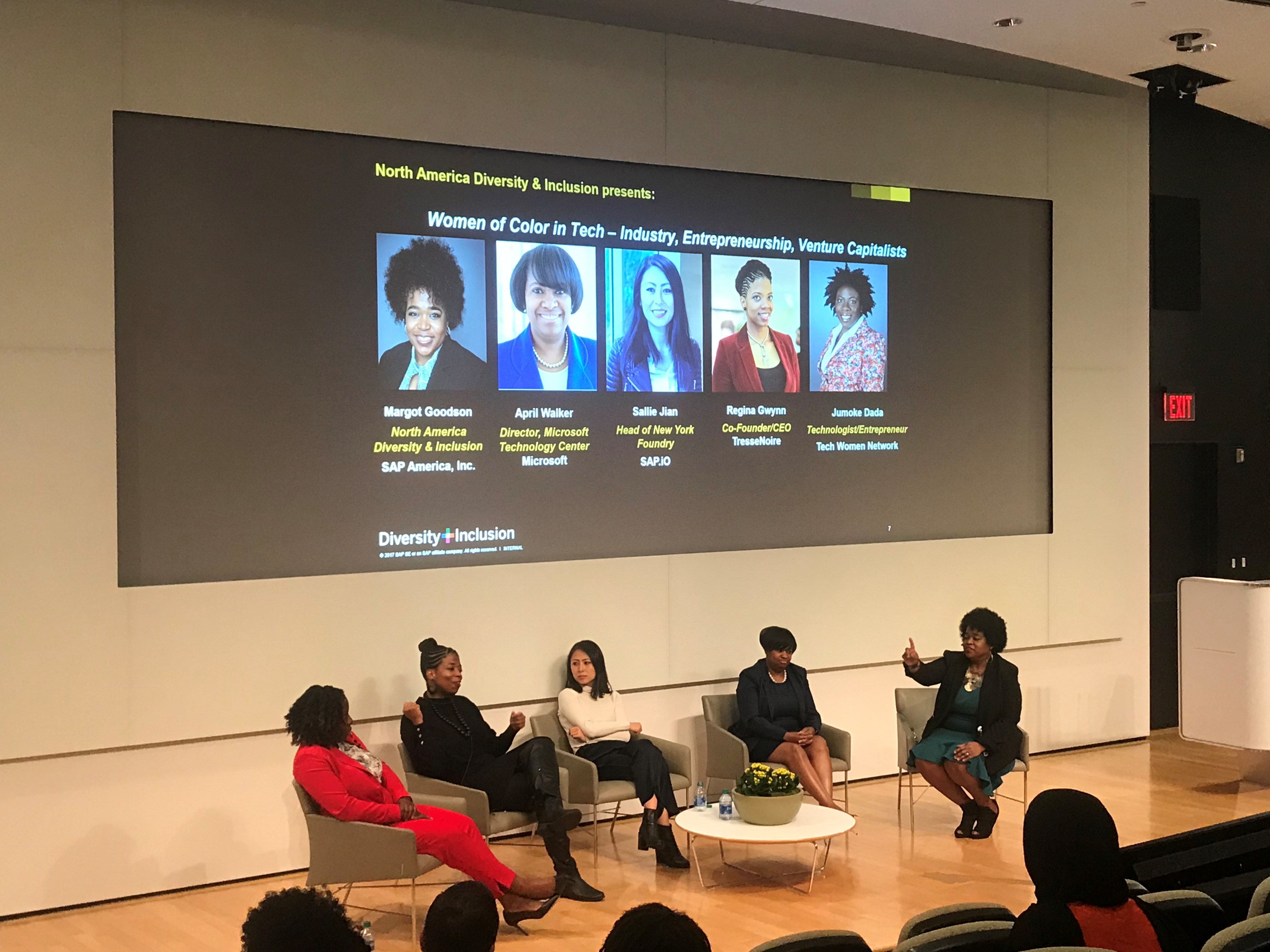 Also speaking at the event Tech Women Network founder – Jumoke Dada said women in technology need to be constantly empowered with necessary digital tools to upscale. She said a lot of women in tech innovate great ideas but end up quitting because they do not have the necessary resource and support to keep them going. She said this motivated her to start up a digital online platform that allows women to use technical skills to grow their start-ups. She said the initiative has helped a lot of women upscale and develop sustainable business models.

Margot Goodson thought leader in Diversity and Inclusion at SAP North America commended the panel for the great work they continue to do in advocating for inclusion in the workplace and connecting women with purpose. She concluded the panel by asking panelists to give a word of encouragement to other young women who aspire to take the space in science and technology and opened questions to the audience for further engagement.

In close, It is imperative for organizations to practice and value diversity and inclusion in the workplace by including women to achieve efficiency and work with a purpose. More work needs to be done in empowering young girls to take up the space of science and technology to challenge the existing narrative that its a discipline for men.