Obvious, ha? strangely enough, it is not.

This is one of a few technical posts I am writing about distributed systems,cryptography and Blockchain.

In this post I will oversimplify a few concepts around networked applications in general, messaging techniques and share some code snippets along the way.

Distributed systems are interesting. for example there are multiple devices are connected
and have to exchange information in someway.
Programs and applications have to run on each device and cooperate in
someway to get some task done.

A complex problem usually split into smaller parts that have a
defined function and are able to communicate with each other through a well defined messages.
These messages are the protocol.

Protocols are important because they encapsulate a lot of complexity so
that application developers focus on solving business problem or improving the user interface.

Although it has never been properly implemented, the OSI Layers have a lot of influence when talking about distributed systems.

The communication between the layers are done by sending packets from one layer to the other, each layer has administrative data that it has to keep about its layer. It adds this header information to the packet it receives as it moves along to the next layer.

A single full duplex connection is established for the session as we will see later.Think about a phone call and TCP.

Messages are sent independent of each other. Think about mail and UDP.

Message passing is a primitive mechanism for distributed systems communication.
Simply setup a connection and pump some data in there. The full torrent client code can be found here.

here is the over wire bytes 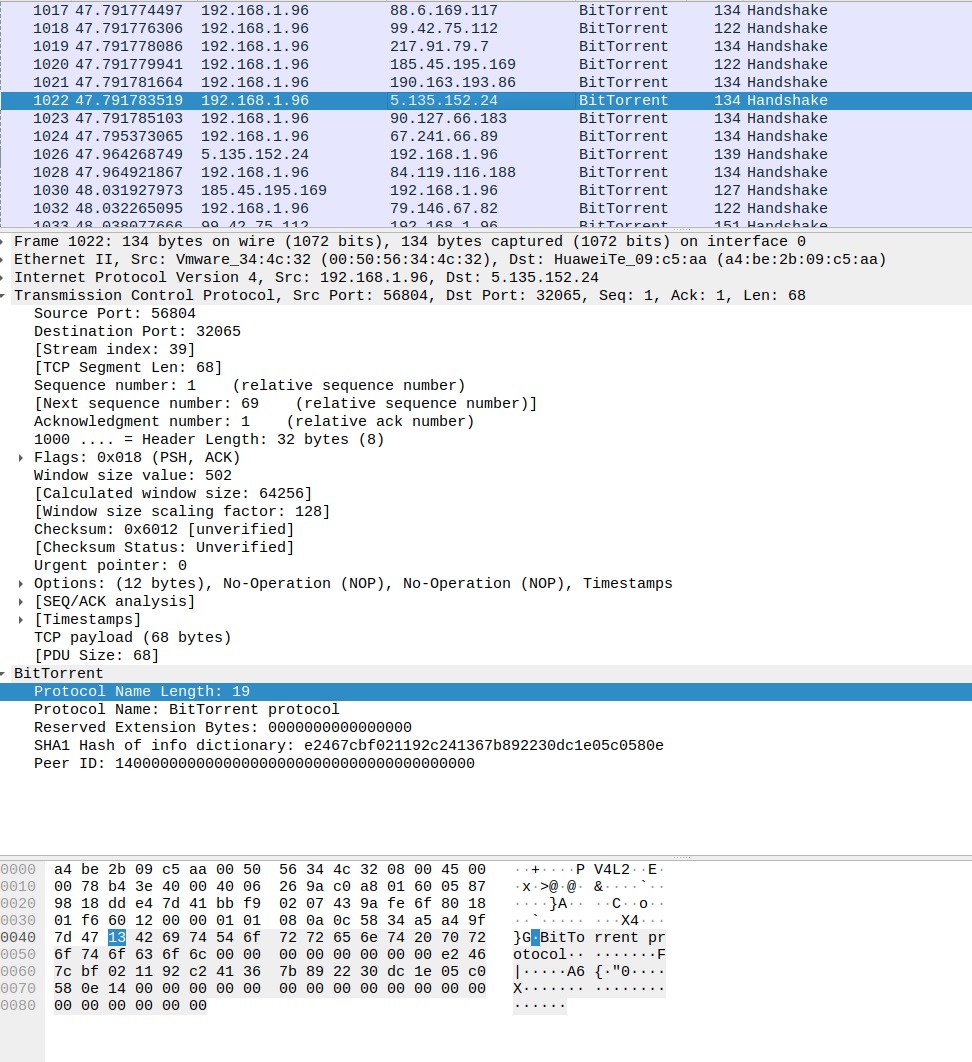 If the remote peers understand the protocol, they will respond according to the specification.In this case its another handshake message followed by a bitfield of the available pieces they have. This is when a computer or a device causes a procedure or subroutine to execute on another address space, machine.

You learnt about some fundamental terms and techniques used in protocol implementations and peer to peer to messaging.

If you wondering how it ties up to blockchain you will have to wait until the blog series complete.

You can find more at https://youssefnotes.net.

The use Torrent protocol is not illegal.

This guide and the accompanied code snippets are for educational purposes only.