As you may know, AIF is a vital component of Central Finance. In the blog, I will do an introduction of how the Central Finance system handles the inbound documents/messages by AIF.

# Overview of AIF in Central Finance

AIF (Application Interface Framework) is a tool to ‘Implement, monitor, and manage application interfaces from a central location to simplify interface handling across your system landscape.’ In Central Finance, AIF is mainly used for error handling. SAP has delivered some standard AIF interfaces for Central Finance, Central Finance’s initial load and real-time replication will trigger the AIF Interfaces and the AIF interfaces will process the data (loaded by initial load or real-time replication) and the related documents/records will be created. If there is any error happens in the process then the error can be checked in AIF (success or ongoing message also can be checked in AIF).

It is important to note that AIF is not particular to Central Finance, AIF is a common tool to do interface management in the SAP systems. Other functions also can use this tool to do the message monitor/process.

# Which AIF settings are needed for Central Finance?

The screenshot below is the AIF messages overview tool, you can use Tcode /AIF/IFMON to access it.

Before you can see any AIF message in the tool, you need to assign your user name to the related AIF namespace. SAP has delivered AIF namespace ‘/FINCF’ for Central Finance, you can reuse it or you can define a new AIF namespace based on your requirement (customizing configurations are needed).

You should assign the users to the AIF namespace in Tcode /AIF/RECIPIENTS.

You can also use Tcode /AIF/ERR to monitor and reprocess (you can only reprocess the messages with error status) AIF messages. 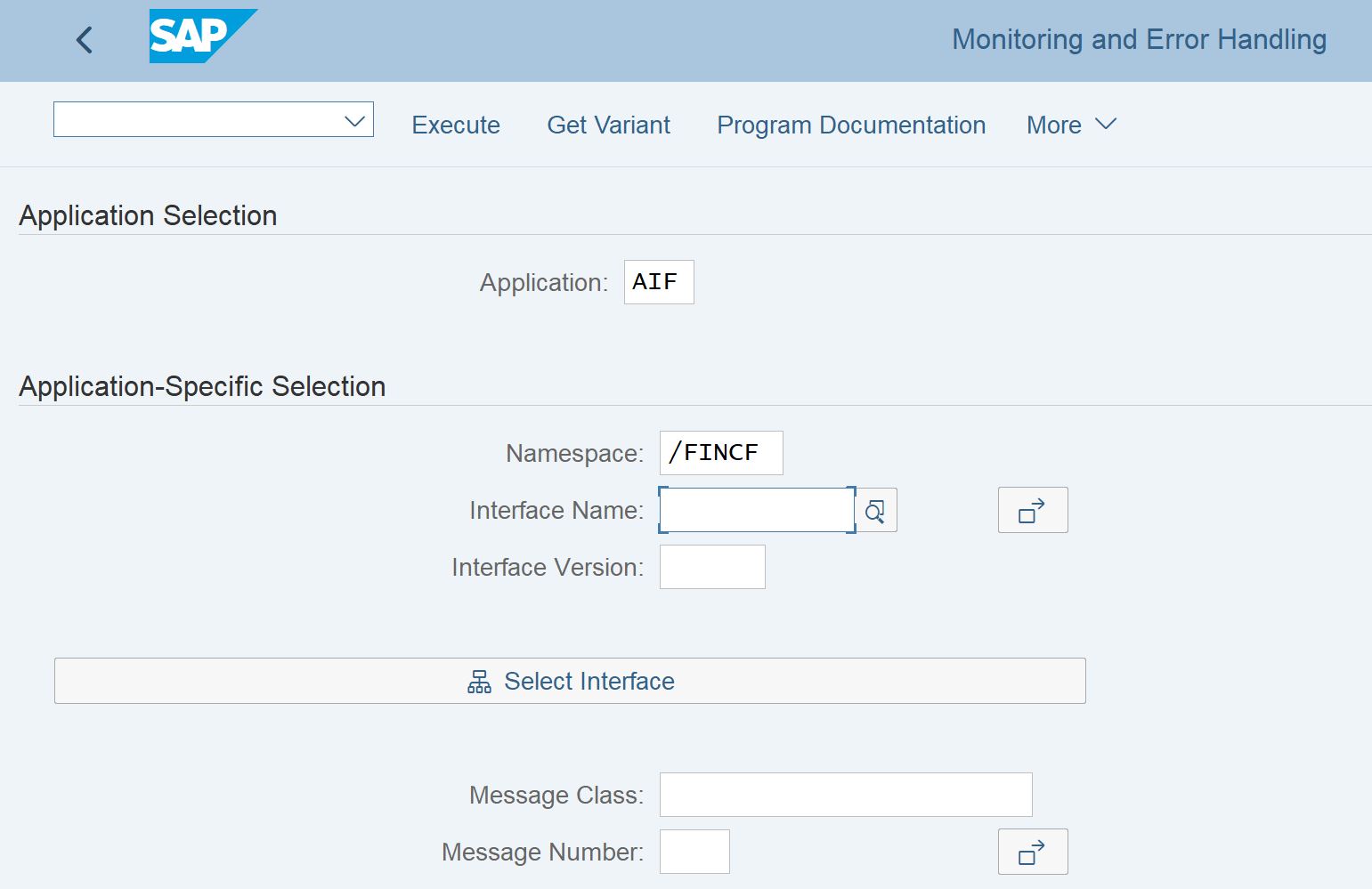 The AIF messages will be displayed with status. 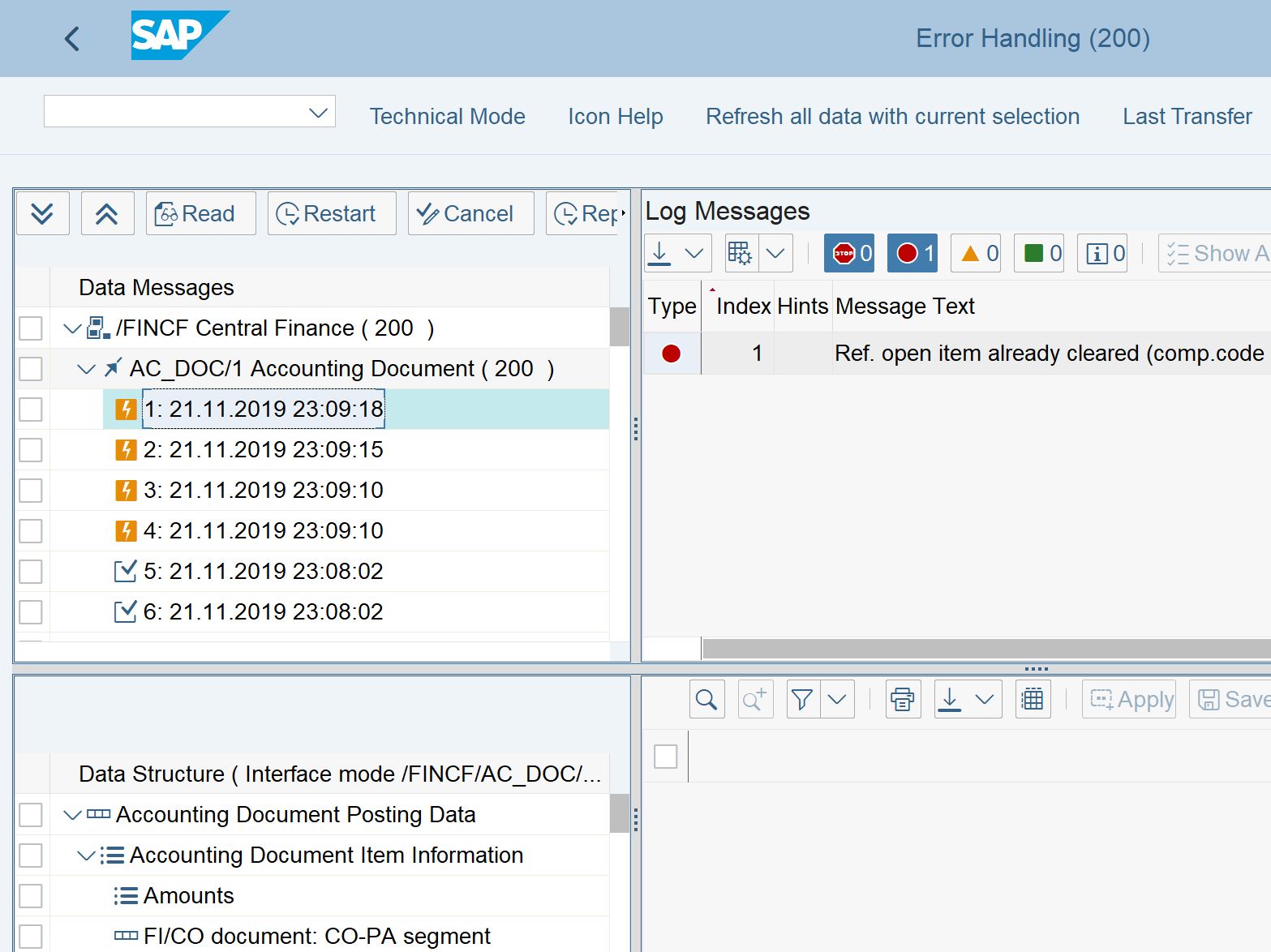 You can change the field values and reprocess the failed AIF message in /AIF/ERR.

In /AIF/ERR, AIF messages can be filtered by:

You can also add your customizing filter by configuring an AIF Index table.

You can find the configurations from Tcode /AIF/CUST.

You can find more detail information on each AIF Interface by checking the configurations under ‘Additional Interface Properties’. 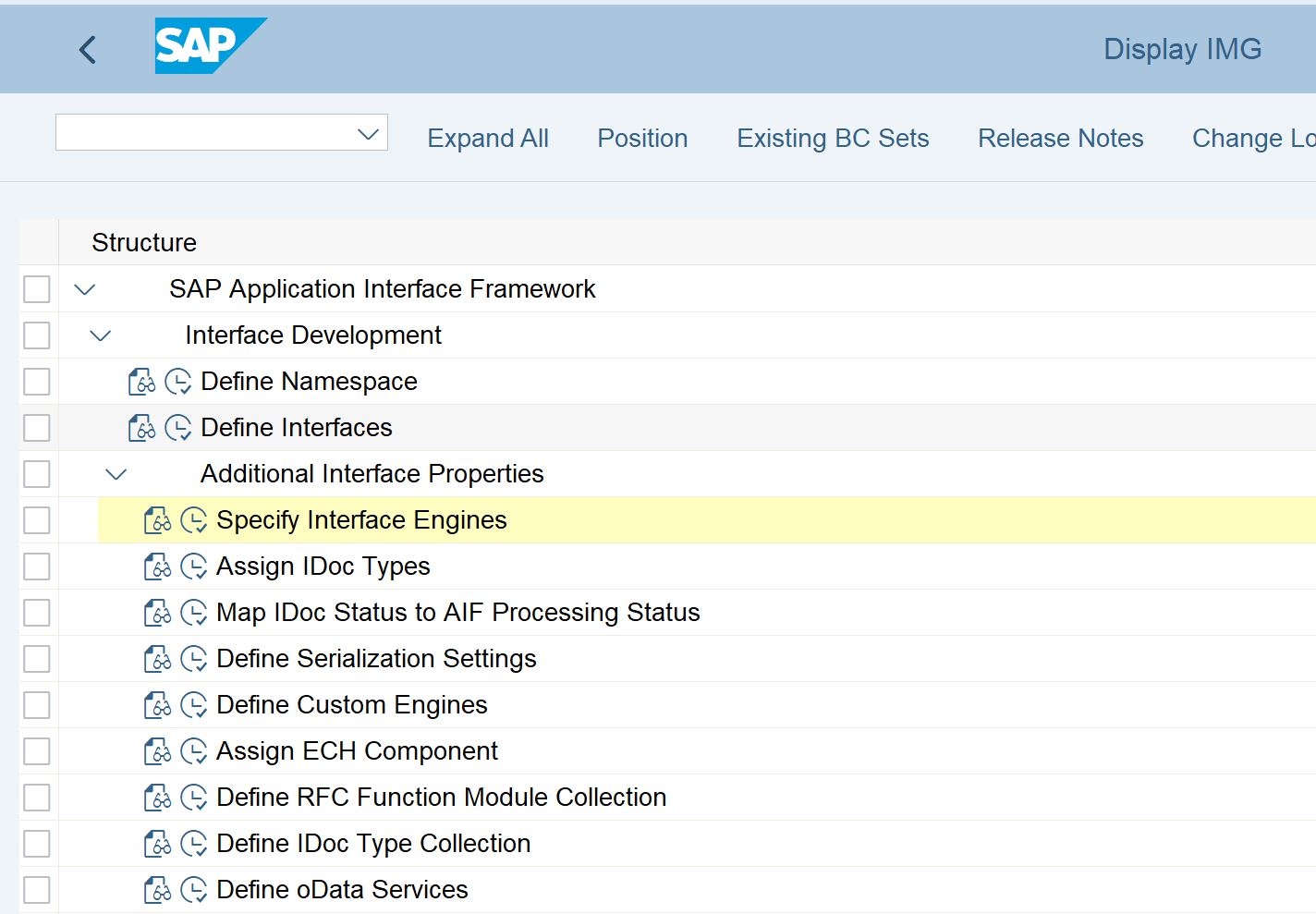 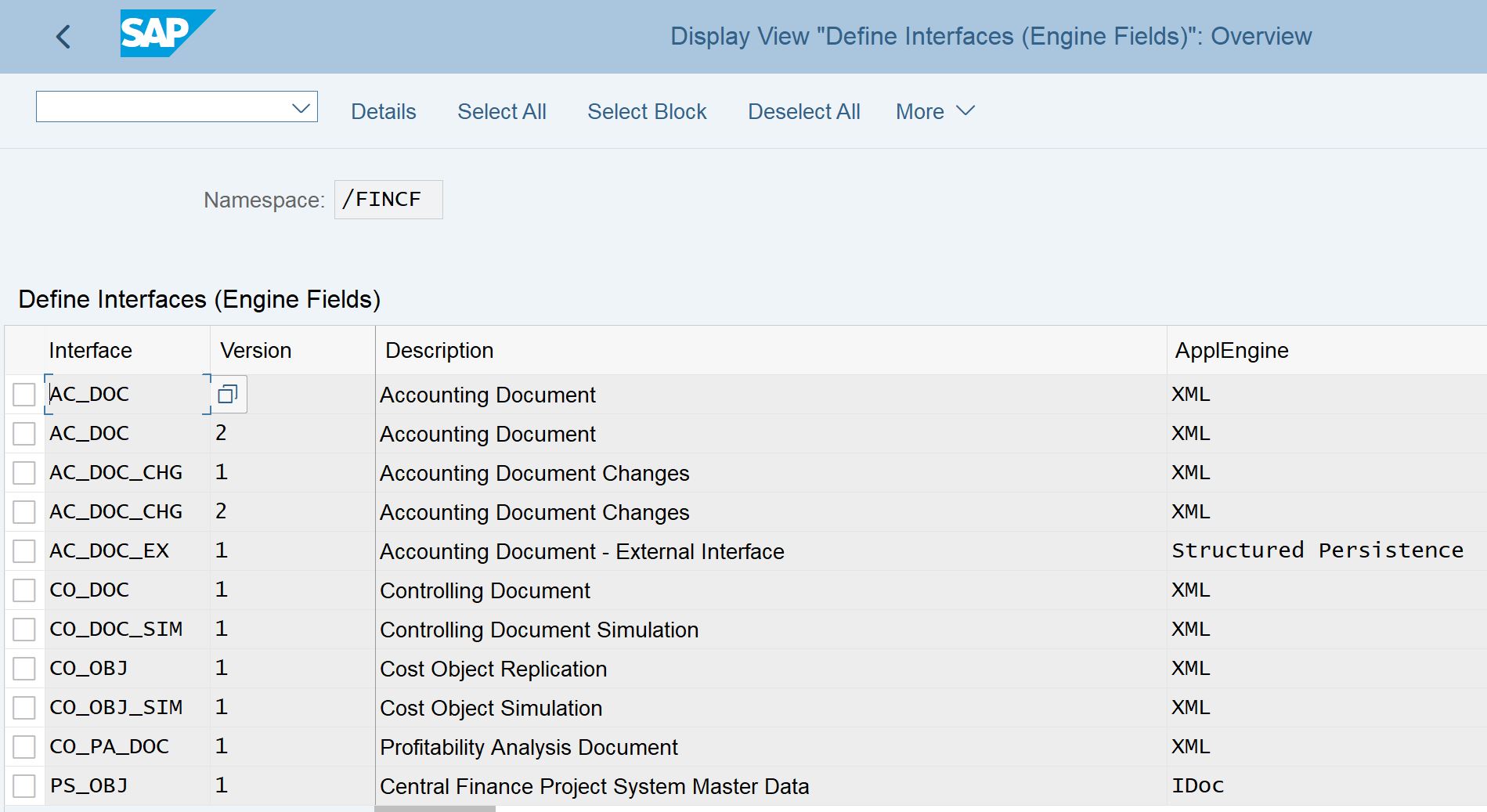 Thirdly, let’s take a look at another important AIF configuration, AIF Action. You can assign a function module to each AIF interface and the function module will be processed when the AIF Interface is called.

This configuration is related to how the AIF Interfaces process the Central Finance messages.

Function module ‘FINS_CFIN_AIF_ACT_DOC_POST’ is assigned to the AIF action.

This blog gave a brief introduction to how Central Finance uses AIF to handle the messages/documents. The things introduced in the blog are based on experience and surely you will find more useful functions of AIF when you try to use it.

In the next blog, I will introduce how to configure mappings in the Central Finance system.

Hello Jason , thanks for sharing the details on the interfaces . What I have learned today is that for every object that passes through the SLT , that object is given to the respective AIF interface to see the error messages.

Thank you Jason for the great blog!

When using AIF for Idoc monitoring ,we can provide Idoc number in MSGGUID field to search for

a particular Idoc, However we are not able to find any unique identification no of SLT interfaces which can be used in message guid field of Tcode /AIF/ERR.

Do you have any idea about this?