If you’re reading this, I bet the title caught your attention, what follows may not live up to your expectations.

The goal of this blog post is to present an example implementation of a graph based technique to compare entities. Example of entities could be products with their characteristics, or fugitive and their attributes. We’ll use fugitives simply because data is easily available, and work often takes me to customers in public security using SAP HANA.

To reproduce those step, you’ll need a HANA database (or a free trial account in SAP CP), python3 to push the data, and a WebIDE to explore the graphs.

An Interpol red notice is a request to law enforcement worldwide to locate and provisionally arrest a person pending extradition, surrender, or similar legal action. 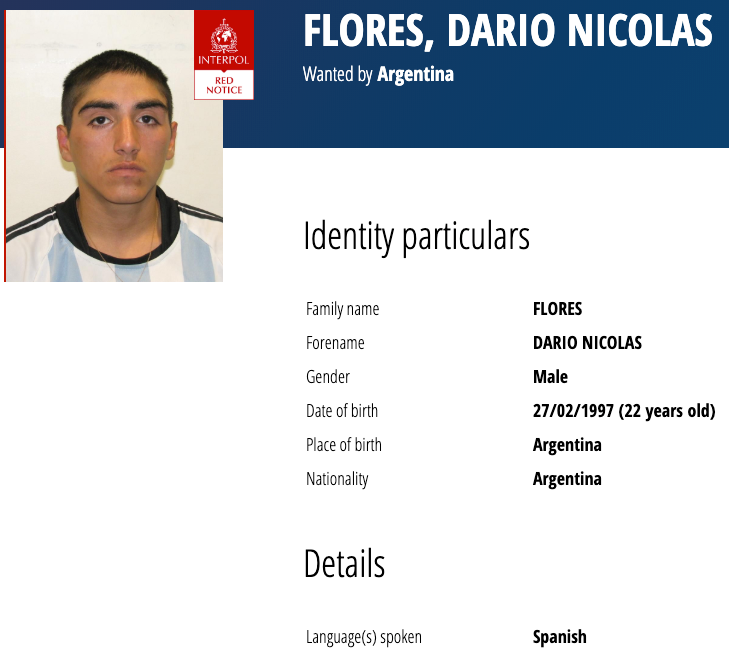 It shows standard attributes, name, gender, place of birth, nationality. The first reflex is to create a table, make a record for each person with each attribute in a dedicated column… Except people can speak multiple languages and hold multiple citizenship. Take for example the famous former CEO of the Renault Nissan Mitsubishi alliance, Carlos Ghosn. He speaks 5 languages and has triple citizenship! Another disadvantage of the tabular approach is that queries must be updated after adding a new attribute as a column. Queries for 50 attributes or more will be too large to write manually, and their performance will not scale when dealing with tens of millions of entities.

A different modelling approach is using a property graph: it’s a graph where nodes are either entities or entity attributes. Edges represent an association between a person and an attribute. For Carlos Ghosn, this graph is: 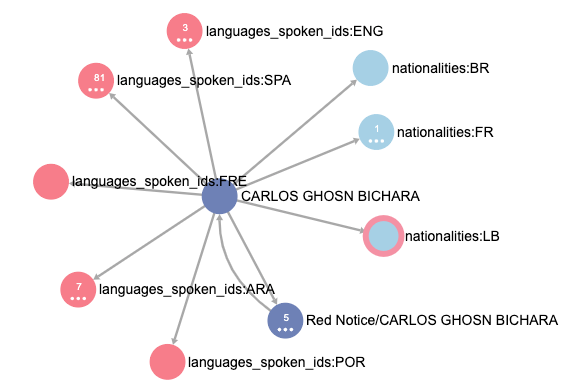 Certain nodes have a number inside, it tells the number of connected nodes not currently displayed. Using the WedIDE of SAP HANA, we can double click on such a node to expand it. For instance, on “language spoken: English”, we see there are 3 more individuals that speak English. 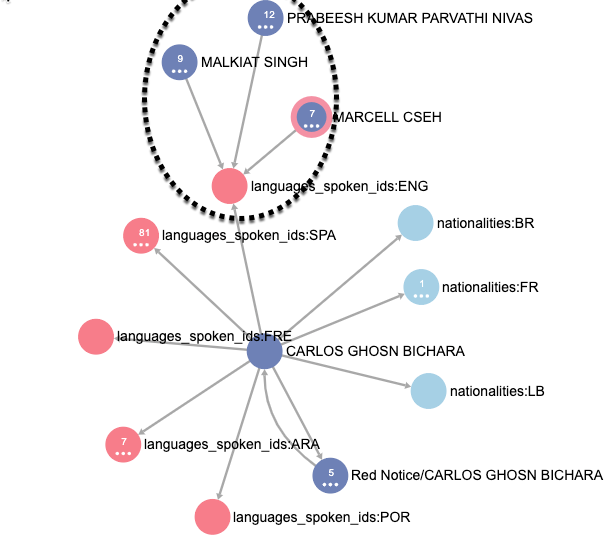 In public security, a common data modelling approach is called POLE for People Object Location Event. In some aspects, it is a property graph with 4 types of entities, and each has its own attributes. With SAP HANA, it is common to build views on top of physical tables, making it possible to maintain a traditional database schema, but define on top a logical representation with views and graph workspaces that make it easier for data exploration and advanced analytics.

For this blog post, the DDL commands to create the data model in SAP HANA are here.

Interpol publishes red notices on their website in json format:

This python program will query Interpol’s website, convert data from json into a POLE property graph in a SAP HANA instance. If you don’t use network encryption, you can remove the last parameter –haas

Data should then be stored in tables in the POLER schema:

You will then be able to explore the data and locate Carlos Ghosn.

A stored procedure called POST_LOAD is doing some data quality improvements and automatic categorisations: numerical attributes such as weight and height are dynamically grouped by intervals into 4 bins. Those bins become new attributes and are associated with persons.

To see the new categories, you could open the graph, and set a filter to select nodes with LABEL =  FUGITIVE/height-approx

A benefit of using a property graph is the ability to enrich the graph with derived attributes. Another example could be to process the text of the red notice which is unstructured and in multiple languages. We could simply attach more generic attributes such as “drug related”, “violence first degree”, etc…

The same concept of enriching and normalizing attribute values can be applied to eye colors, and birth place could be geo coded.

This script is an example of applying this algorithm on the dataset.

In the outcome, you’ll notice many obvious facts have been inferred:

But the results also present false inference that emerge from an imbalanced dataset:

We see 7 common neighbours, also they share the same birthplace in Pakistan which is unique to them.

In conclusion, if you attempt to put different things into a single graph, you could look into a data model that is inspired of a property graph. I recommend to try first to define your graph on top of views, and use physical tables only to work around the Webide graph UI bug or experiment solutions to performance problems.