Virtual Databases – Why They are Necessary, What Their Benefits Are, and How They are Displayed

The concept of the virtual data-base improves the handling of DB information in the technical system information. This blog post describes:

Former Relationship of a Technical Systems to a DB System 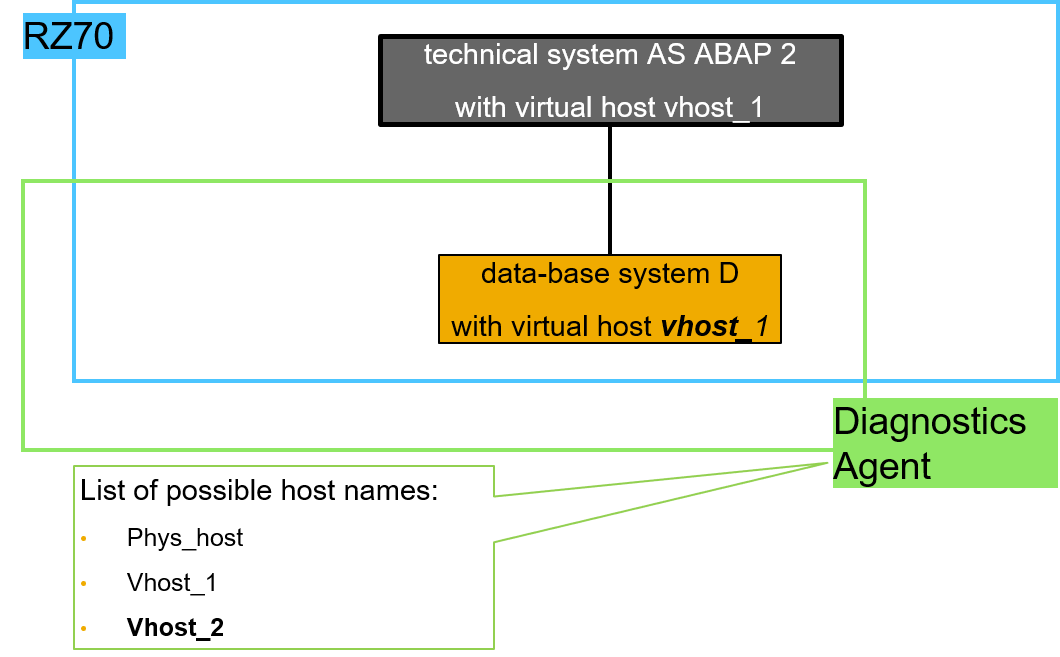 The former registration of data-bases worked as follows:

Figure 2: A correct description – example: Technical system (AS ABAP) – with multiple components in one data-base (MCOD) is not possible without virtual data-bases.

Because of the introduction of Multiple Components in one DB, the need to enhance the model emerged: Without it, it was not possible with the former model, to describe a landscape having two systems AS ABAP with differing host names sharing one DB system. 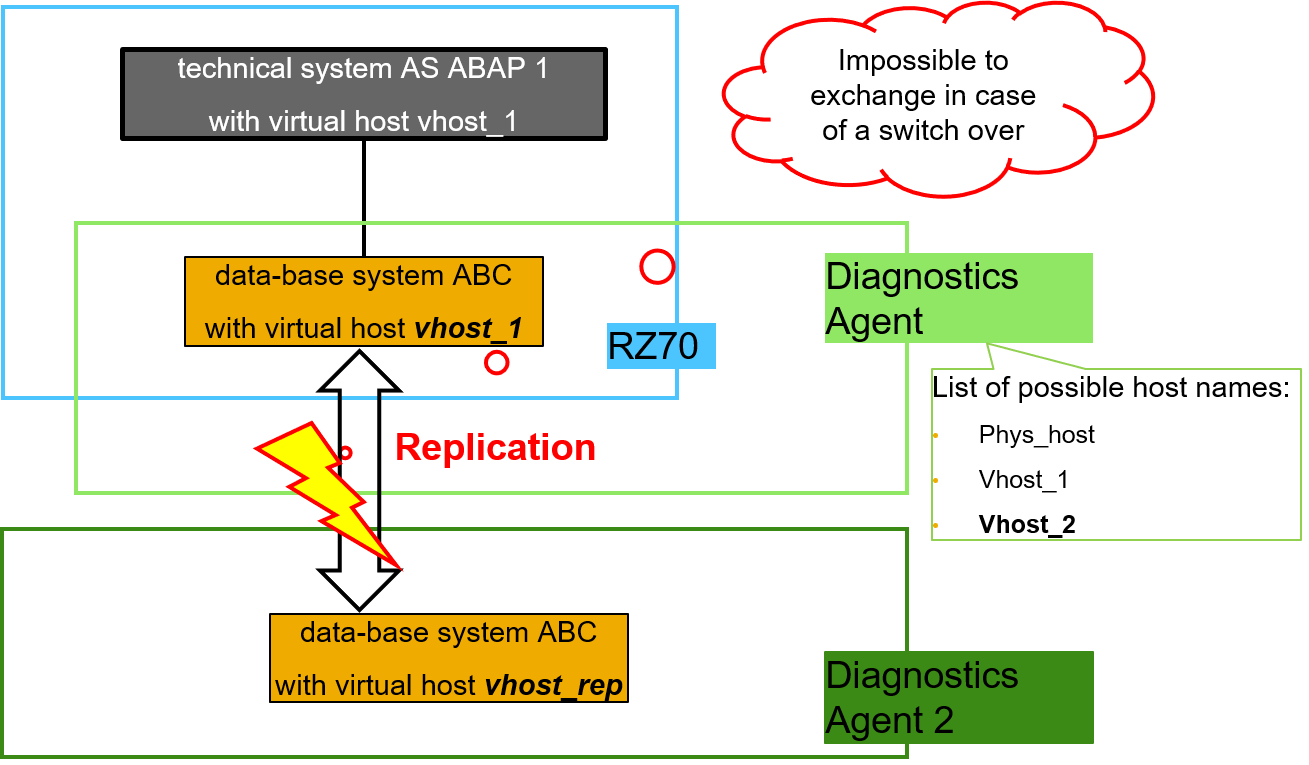 Without the virtual DB concept, the replication relation couldn’t be represented in the LMDB in a way that the switch to the new physical DB would be correctly interpreted by LMDB client applications, such as monitoring.

Note: Transaction RZ70 does not deliver information about the physical host / DB system.

In the LMDB the linking between the virtual and the physical database is done using association SAP_IdenticalDatabaseSystem, so that in this context, the information gathered on physical DB can be assigned to the right technical system.

Landscape Data after the Introduction of Virtual Data-Bases

After the Introduction of virtual data-bases, RZ70 delivers data of the technical system AS ABAP and a data-base with its virtual host (in our example ABC with a different host each).
The data-supplier Outside Discovery via the Host Agent delivers data on a data-base, in our example ABC with a physical host). The physical data-base ABC is linked to the virtual data-bases ABC delivered by the two technical systems transactions RZ70 via association SAP_IdenticalDatabaseSystem.

After the introduction of virtual data-bases the replication scenario can be handled as shown in this example: Figure 6a: Data when using virtual data-bases – example: Replication of a technical system AS ABAP.

This happens by switching virtualization to the other physical host and (temporarily, until DB system ABC on host_1 is available again) switch off the replication (using associations SAP_IdenticalDatabaseSystem and SAP_DatabaseReplicationDependency): 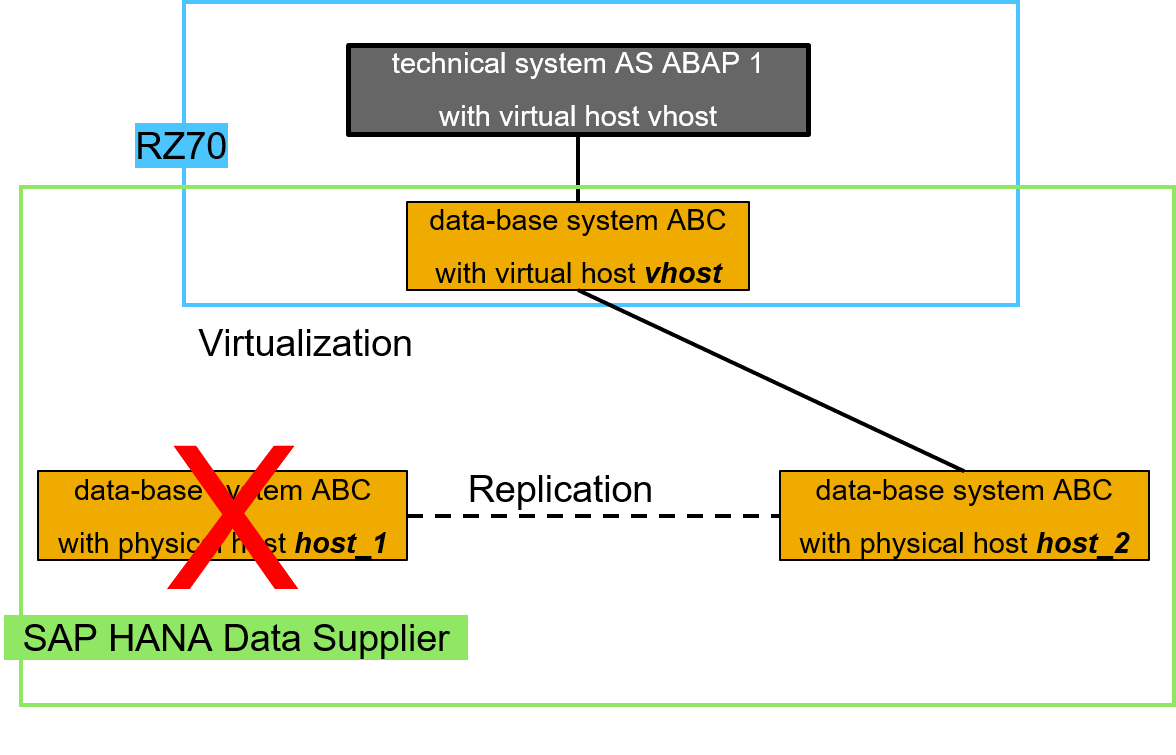 Figure 6b: Status during take-over in case of a DB problem.

The following shows primary DB and secondary DB in a monitoring UI: Screenshot of a monitoring UI of a virtual DB with 3 physical data-bases.

If the physical DB had to be replaced (temporarily), this is handled automatically by using the virtual DB concept. All metrics can be kept.
The reconfiguration after a take-over works automatically for SAP HANA. 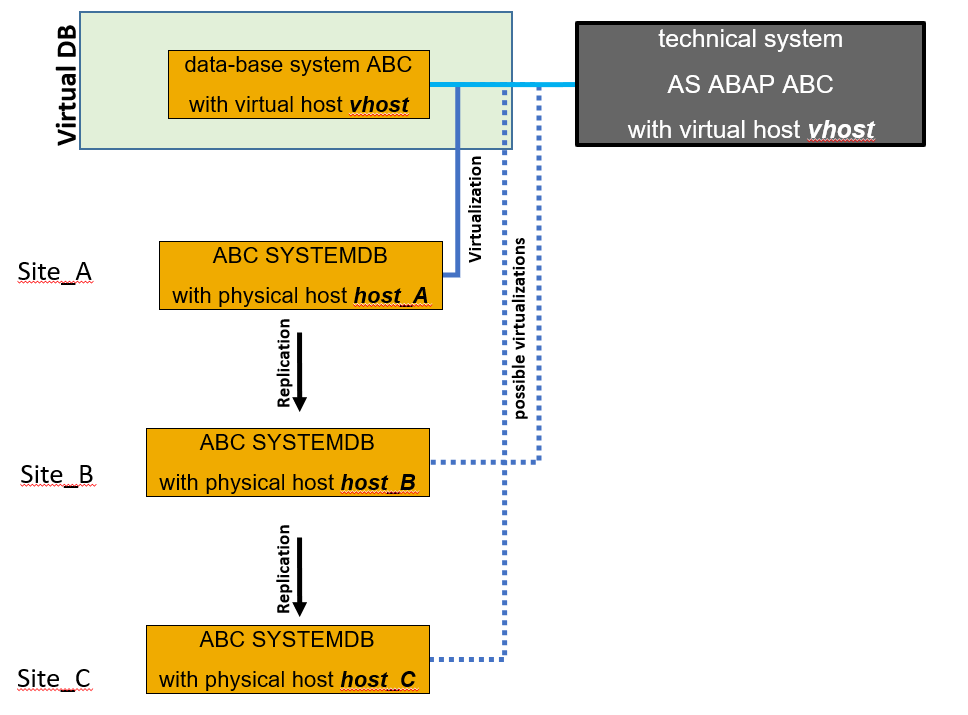 Here, we see a HANA-DB with a technical system AS ABAP and 3 Sites: 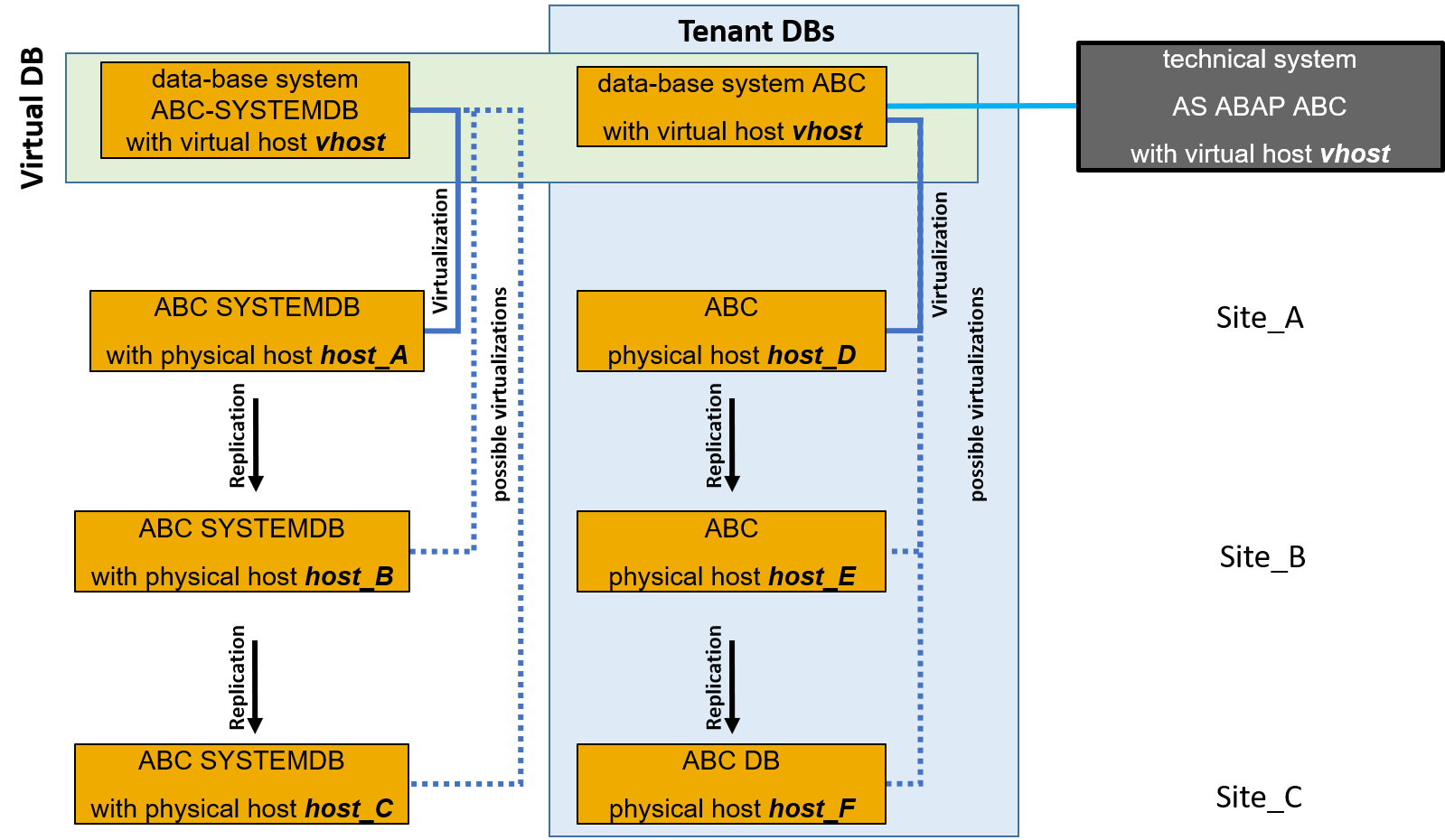 For a HANA Multi DB Replication with tenants, one more layer has been added:
A tenant is the view of a customer system on a DB or DB instances, respectively.

Display of Virtual DBs in the LMDB Technical System Editor 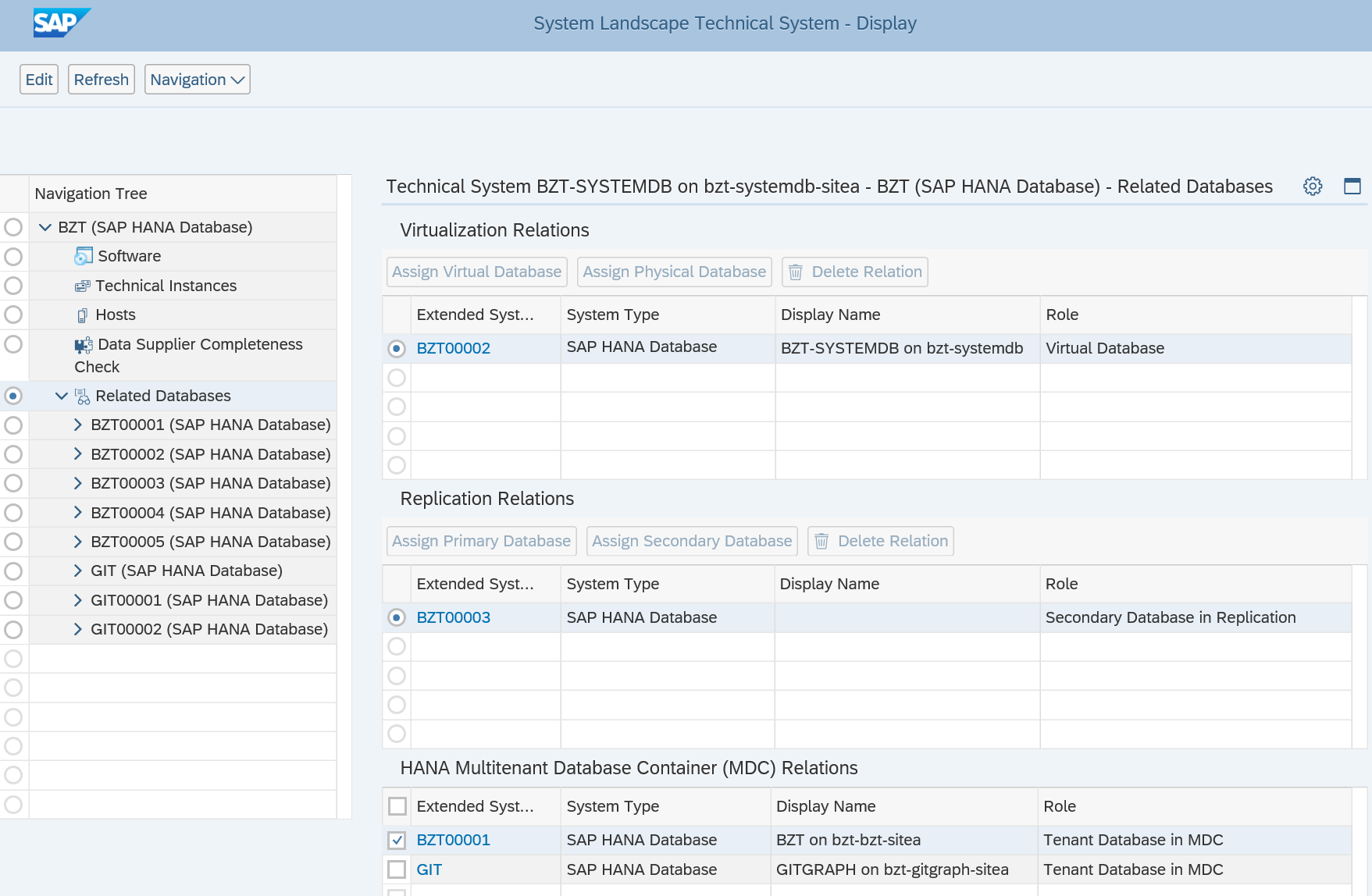 For information on configuring HANA and virtual databases, see:

For information on landscape data, see Get the Status of Your IT Landscape – Data in SLD, LMDB, and SAP Support Portal, and Its Verification.

it works fine for an ABAP landscape especially in case of Disaster Recovery. We realized such settings last year.

But if I am not misstaken there is a little problem in case of  a JAVA tenant, e.g. portal.

The reason is described in the note below

please check if this helps and I we undrstood your question correctly:

For Java-based SAP NetWeaver systems, using j2ee/dbhost is sufficient to handle an HA scenario via virtual and physical host names in the SLD:
j2ee/dbhost sets the host name for the AS Java and is automatically sent via the data-supplier, accordingly.
The connection to the respective physical host – which is the key information in an HA scenario – is delivered by data-supplier „ComputerSystem“ (just as it is the case with AS ABAP).
The only difference is that SLDSYSTEMHOME of AS ABAP can assign one more name to the physical host-name.