Alternative-based-confirmation (ABC) has been introduced in Advanced ATP (AATP) in 1809 release of SAP S/4HANA. ABC is a functionality similar to plant substitution of SAP APO – global ATP (GATP) i.e if the material is not available in the sales order plant , then system automatically looks for its availability in other plants . Refer my blog in link https://blogs.sap.com/2018/10/28/alternative-based-confirmation-abc-of-advanced-atp-in-s4hana-1809-release-for-location-substitution-of-apo-gatp/ for the use cases of ABC and the features & limitations of ABC of 1809 release. This blog is to highlight some of new and enhanced features of ABC in last 1909 release of S/4HANA.

Building rules are set up with fiori app ‘ Configure substitution strategy’ as shown in below image. 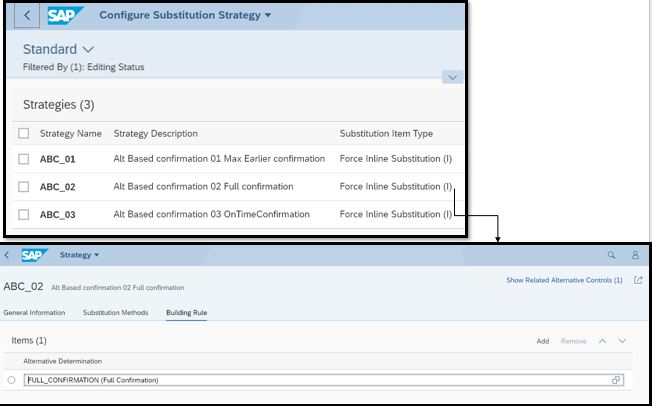 A simple scenario with ‘FULL_CONFIRMATION’ is depicted in below image. 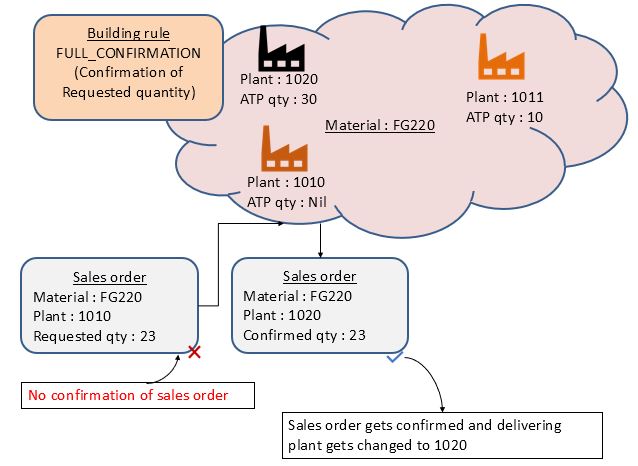 A sales order is being created (or changed) for material FG220 for requested quantity as 23 each.  However, Available-to-promise (ATP) quantity for that material FG220 in plant 1010 is nil , 10 and 30 in plants 1010, 1011and 1020 respectively. If the material is set with building rule ‘ FULL_CONFIRMATION’ , then the sales order should get confirmed with requested order quantity 23 with change of delivering plant from 1010 to 1020.

Now, we will see the relevant system set up in ABC for the above scenario. Material FG220 has been set up with building rule FULL_CONFIRMATION as in below image . 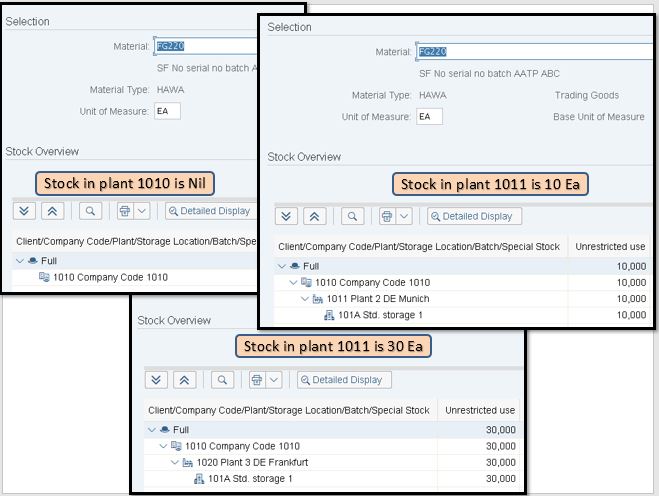 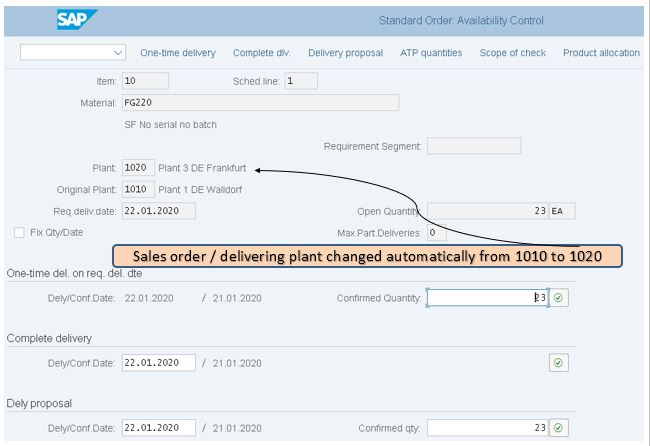 Scenario described in this blog is quite simple for better understanding.  Complex scenarios with combination (multiple) of building rules can also be modelled to meet the specific business requirements. ABC also provides ‘Tie breaker’ logic to decide the best alternative plant of multiple plants can confirm the requested quantity on requested date. Will discuss on ‘Tie breaker’ logic of ABC in next blog.

Thanks for sharing this important feature. Best Regards.

Any idea when we will be getting rules for supersession etc.

It may not be the same 'supersession' in AATP . But material substitution is expected in 2021 release of S/4HANA  as in present road map of SAP.

Thank you so much for elaborating the ABC functionality.

Can you also help me with the scenario where we can use multiple Plants to confirm the requested Quantity using ABC functionality in aATP ?

For example: Suppose Plant A and B have 10 and 20 qty respectively.

Present (1909 release) 'Building rules' of AATP force 'inline substitution' i.e does not split in multiple line items as you described. However we may get that feature in future releases.

the possibilty to confirm a requirement using multiple plants was introduces with SAP S/4HANA 2020 release.

Thank you for sharing this useful information!

thanks for the great guide and all the addtional ideas, use cases and thoughts.

Question:
Is it possible to use ABC through different company codes to consider plants from another sales organisation?

>> Resulting in a sales order handled via cross-company process.

Best regards and thanks in advance,

Yes  We can do it

As far as I recall, ABC was not working in 'Change sales order' in initial (first)release of ABC.

Thank you for such a useful information.

I noticed that you are the author of SAP Press AATP, so when the new version will be released?

Or, are you going to post the updated version of ABC?