Highlighted in my previous blog https://blogs.sap.com/2017/05/22/future-of-apo-and-its-migration/ that Advanced ATP (AATP) in S/4HANA will be the successor for APO – Global ATP (GATP). AATP is being built from scratch in S/4HANA (unlike embedded Extended warehouse management and Transportation Management in S/4HANA) and hence evolving in every release of S/4HANA.

Product allocation (PAL) is generally used when the demand is more than supply (Sales) and / or capacity. Say for example, a product is in very high on demand and its supply can be only 200 Pc in a week though its demand is 400+pc in a week . In that situation , product seller (or manufacturer) decides to allocate specific quantities of product to its customers depending on the price , payment terms of the respective customer and/or other strategic parameters.

Capacity can be modelled in different ways in terms of 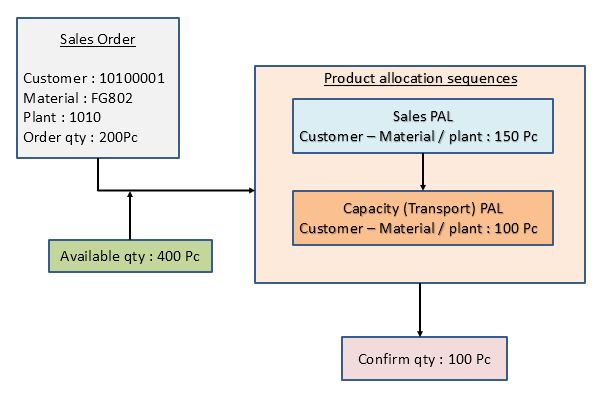 Above scenario was set up with S/4HANA Sales order and the below image depicts that the sales order has been confirmed for only 100 Pc though the (open) order quantity is 200 Pc . 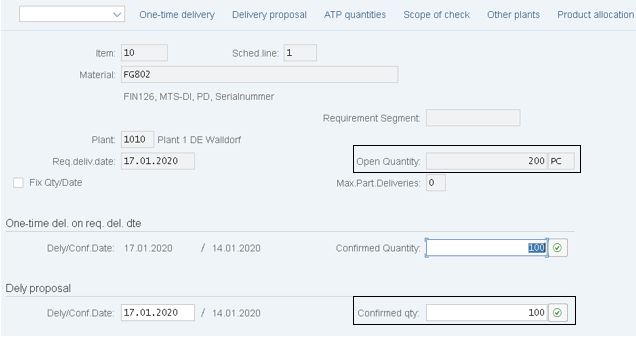 If we click on the ‘Product allocation’ on above image , then below image pops up showing the rational for sales order confirmation of 100 Pc. 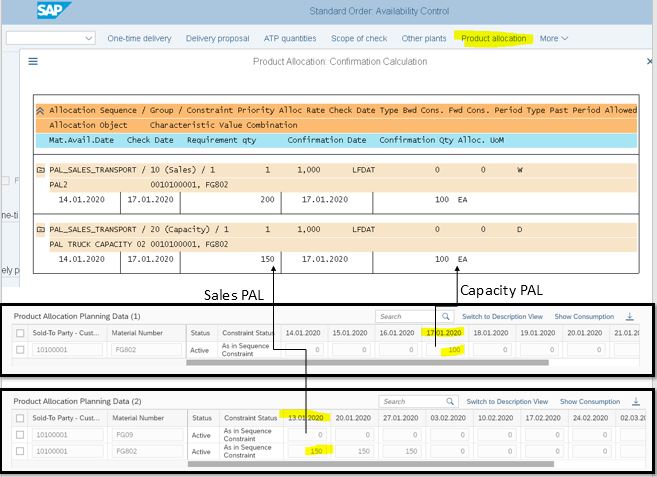 S/4HANA 1909 release has the fiori apps in below image for PAL.

The scenario described in this blog is quite simple, however complex scenarios can be modeled depending on the business requirements.

Alternative based confirmation (as known as ‘Plant substitution’ in APO – GATP) was introduced in 1809 release and has described in my blog https://blogs.sap.com/2018/10/28/alternative-based-confirmation-abc-of-advanced-atp-in-s4hana-1809-release-for-location-substitution-of-apo-gatp/. My next blog will highlight the enhancements in ABC in 1909 release of S/4HANA.