Thanks to Audrey Stevenson for tagging me in her BiF-post to blog it forward! The various posts have been fun to read and it‘s really nice to learn a bit more about many people in our community.

There‘s already quite some information about myself on SAP Community, so instead of mentioning all of this again in this post (and boring you all to death!), here are just some links: Jerry Janda‘s MoM article published in May 2018 provides an overview of what I‘ve been up to. This Coffee Corner thread and the blog post about my community call on November 25, 2019 are representative of what I spend most of my spare time on, namely human-caused climate change and fighting the misinformation about it. 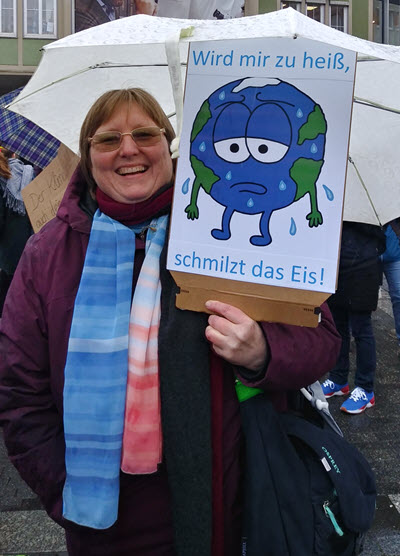 So, without further ado, let me answer Audrey‘s questions, using them as a hook to tell you a bit more about myself.

How did you wind up working at SAP or working in the SAP ecosystem?

It „happened“ in the year 2000 while I was still working for Kodak. But let me backtrack a bit and to the year 1985 when I had finished two years of clerical training at Kodak and was lucky enough to directly get a position in their IT-department in Germany. Kodak‘s IT systems back then were IBM-mainframe based and mostly utilized PL/1 as the programming language and tools like Panvalet (IIRC) and JCL (Job control language) for specific tasks. Myself and several other newbies spent the first couple of months with in-house training to learn the ropes and get familiar with the programming environment. Over the years, I then helped with maintaining and enhancing custom-made and programmed systems for bonus, earnings, pricing, accounting and what not. We tackled big projects to switch to the Euro, to update material master databases, pricing and invoicing systems and a lot more over the years.

Sometime in the late 1990s Kodak‘s HQ in Rochester, NY decided to move all IT-systems to SAP ERP globally, which obviously meant the end for all of those PL/1 programs written in and for Kodak in Germany and elsewhere. But, this wouldn‘t happen in Germany before Y2K came around, so we still had to tackle this task regardless. For about two years before Dec. 31, 1999 I was part of the European team to get it done. From the “stuff you didn’t know you still had” box: a keepsake from the Y2K-project at Kodak

Not long after the for Kodak rather uneventful Y2K “event”, a few colleagues and I spent 4 weeks at SAP’s headquarters in Walldorf in January and February of 2000 to learn about ABAP, the workbench, the data dictionary and what-not to basically get retrained for the new environment and development work therein. Fun fact about the training: because we had one UK-colleague in the training, we did the course in English and we had an instructor for just the five of us – quite the intense learning experience!

After the training I slowly moved from PL/1 programming, tying up some lose ends, to ABAP. We had a mentoring program led by an experienced ABAPer from the U.S. to get us up to speed in Europe over several months. It was quite a change for us who had been mostly focused on local teams and projects to be thrown into a global and therefore virtual organization with weekly international phone conferences! But I enjoyed the switch a lot as it gave me a chance to start making good use of my love for the English language in my job instead of just privately. 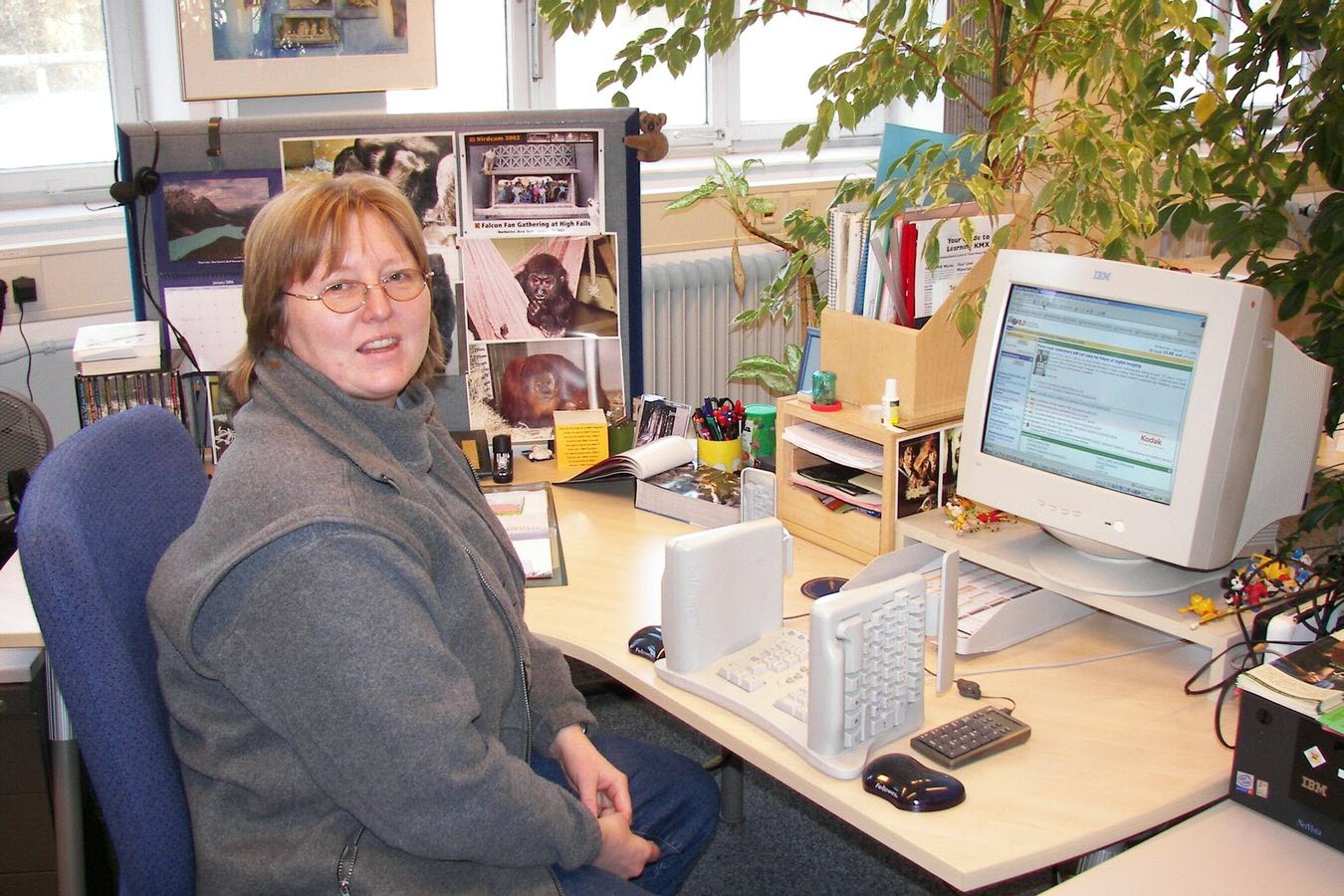 I really love the diversity of the job I currently have. Some days, I get a chance to wrap my head around “new” stuff like ABAP Unit Tests, other days I do some simple coding. Sometimes I’m able to help colleagues find out why a process doesn’t work as it should which gives me a chance to use some of the tricks of our trade like the very versatile and often underestimated SAT transaction. Then there are occasions when I can do some customizing and tweaking of Atlassian tools like Confluence or JIRA, which is something totally different from SAP/ABAP work but essential for the coordinating tasks I’m responsible for.

What do you like to do in your spare time?

As already mentioned, most of my spare time gets taken up by the not necessarily fun topic of climate change, but it also gives me a chance to be in regular contact with many people around the globe, working on various projects and tasks together for a common goal: eradicating misinformation about human-caused global warming.

There is one more spare time activity which I really enjoy and try to make time for: it’s showing people our beautiful zoological and botanical garden “Wilhelma” in Stuttgart. I’ve been trained as a volunteer docent and have been doing this together with my husband since the project was started in 1991. It’s really fun to give a guided tour through the park during which there’s often a chance to introduce people to the individuals in our gorialla family – the oldest of which is called Mimi and with about 56 years of age she is about one year older than me (and also one of the oldest gorillas currently living in a zoo). She lives in the group with her daughter and two grand-kids and is a real personality. Here is a picture of her enjoying the outside enclosure in September 2014 (and well knowing that I’m snapping a picture of her): 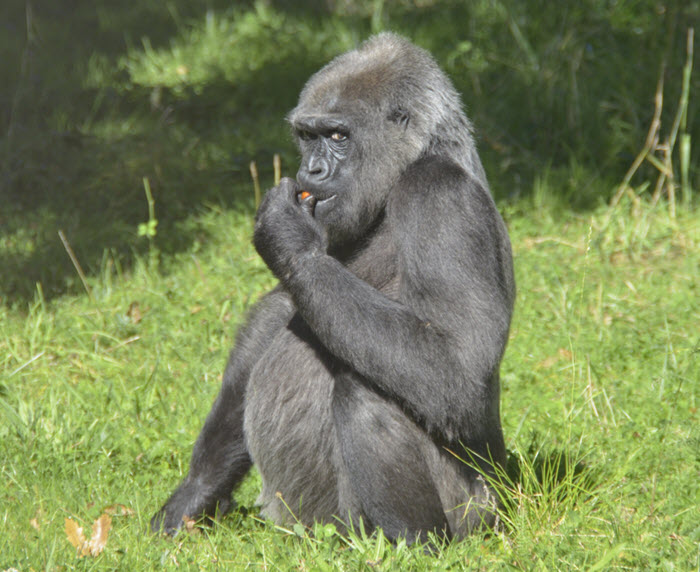 Well, my husband and I have a bit of a faible for soft toys, esp. but not only sheep. Depending on destination we sometimes take 2 or 4 with us when travelling –  it’s just so much more fun taking pictures of them in the various locations than of ourselves. But, decide for yourself!

And it’s not just sheep – as we visit other zoos regularly and as these usually come with well-stocked (or -stuffed?) shops it’s often hard to resist adding to our already considerable collection – which we “really” don’t want to get any bigger. Unfortunately, it’s not just zoo shops either where temptation lurks so our couch in the living room is somewhat occupied: 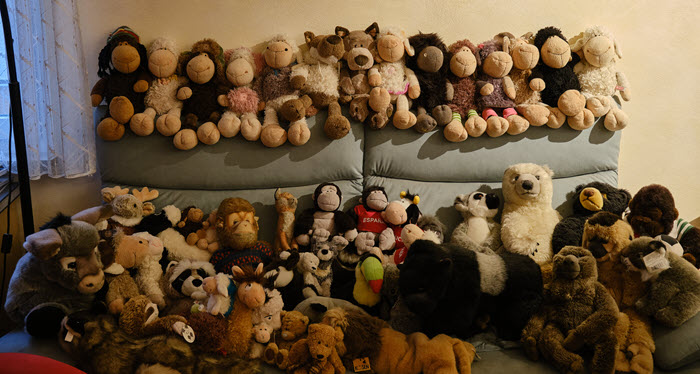 Blogging it forward to

In which countries did you work thus far and where did you like it the most?

Do you have an example for when SAP Community “came to the rescue” with providing just the information you needed?

Have you been able to apply learnings from your spare time activities to your work (or vice versa)?

I love the photo of Mimi; such a knowing look! I am intrigued by the odd keyboard in your photo from your Kodak days. And I think taking photos of stuffed sheep when you're on vacation does indeed make for some fun memories, and I'm particularly fond of the one where the sheep are sitting on the wall looking out at the view, like a bunch of good buddies.

Thanks for sharing all of this additional insight into your life with the rest of us.

Hi Bärbel Winkler and welcome to the #blogitforward family!

I find it interesting how so many of us 'happened' to get pulled into SAP.  I personally loved the change from VAX COBOL to ABAP.

And your pictures of your travel buddies makes my day - you do know that I have a thing for cloven-hooved beasties, right?   I think I may follow your example.  I must have a stuffed sheep or goat around here somewhere 😉