The basics and general scripting to do this, have already been explained in some other blog posts  (thanks to Reiner Hille-Doering, Michael Jung and others), but I thought it would be worth to show the way step-by-step to combine it in a real-life example I recently created for a Proof of Concept.

The goal was to have a visualization component, that is capable to show images in a dynamic way and ineract with them. That means the images are driven by a data source, they can be filtered and selected, and the visual appearance is dynamic and configurable.

In this Part 1 I will start developing the component from scratch and bring it into a first testable version.

In Part 2 I will continue, make the component more flexible and add functionality to it, so one can finally use it in various scenarios.

To start developing every component we need some test-data. I collected some sample images of Disney cartoon characters and put them on a web-share on my development systems (“sapdemovm”) tomcat web application server: 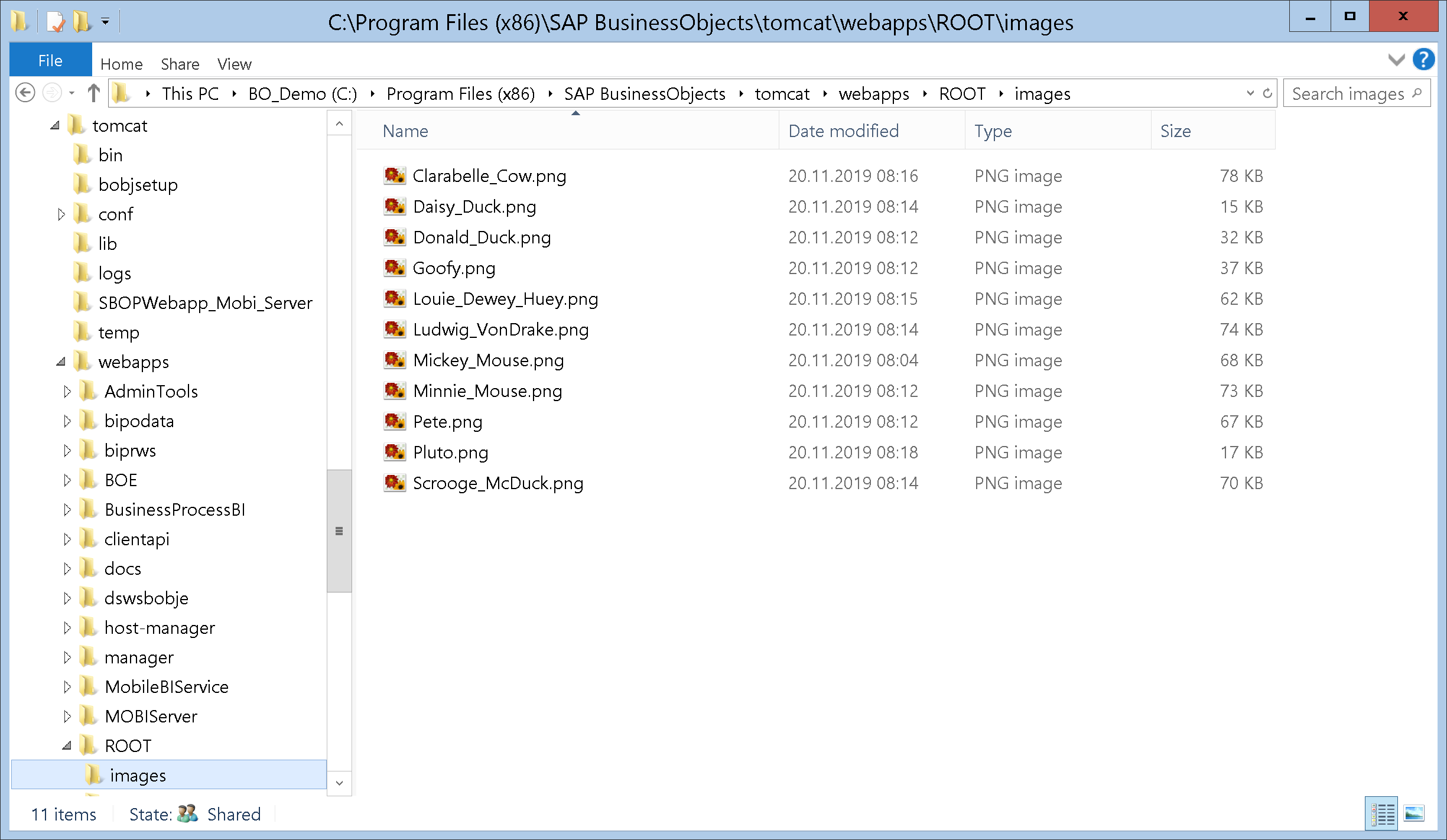 Then I created an Excel workbook containing some columns with the image data, like an ID, the name, filename and the URL to access the image in a browser: Now I started Lumira Discovery and created the Offline Data Source from the Excel sheet: 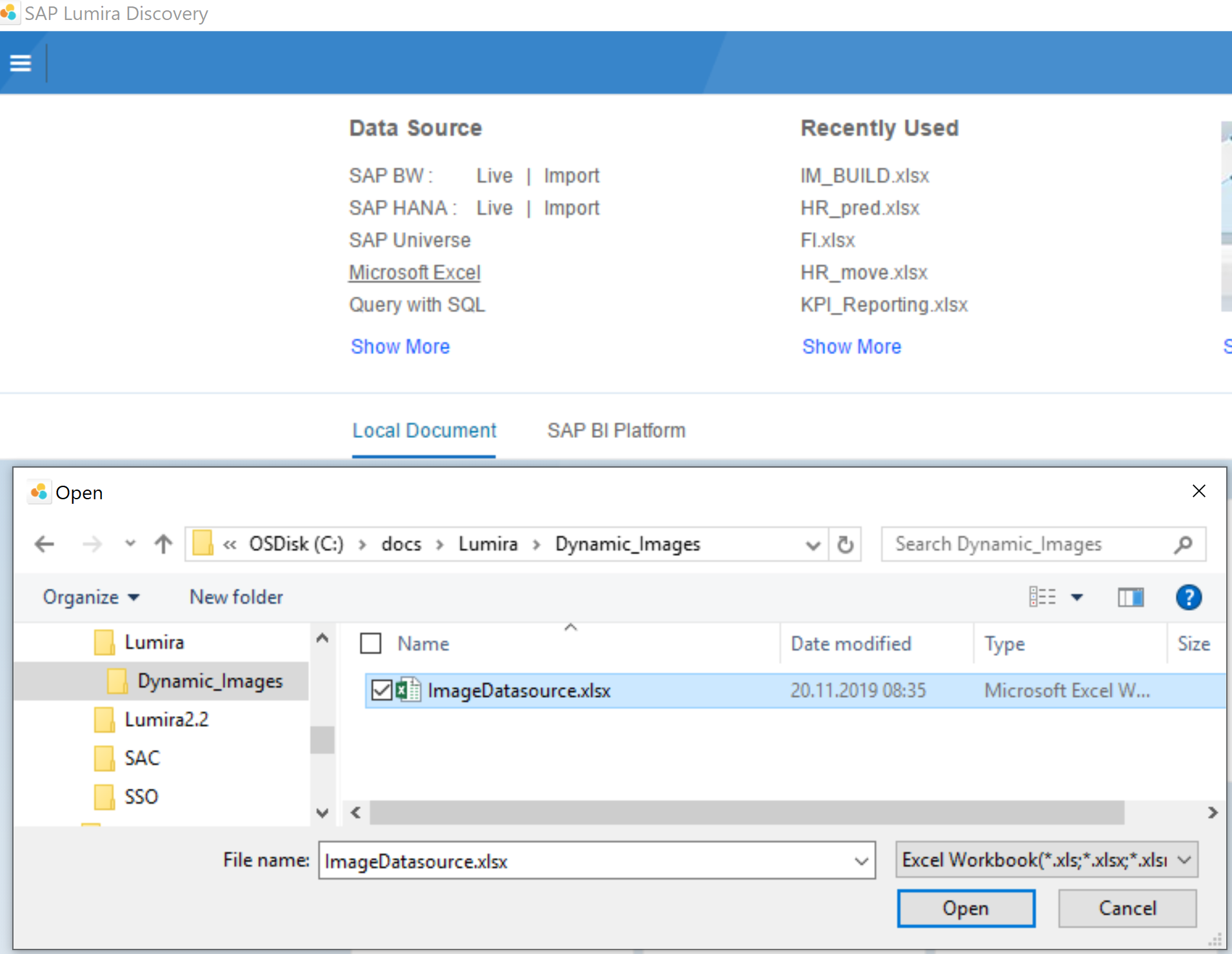 and saved the document with data for later use as offline data source in Lumira Designer.

Creation of the composite

Now I opened this document in Lumira Designer: 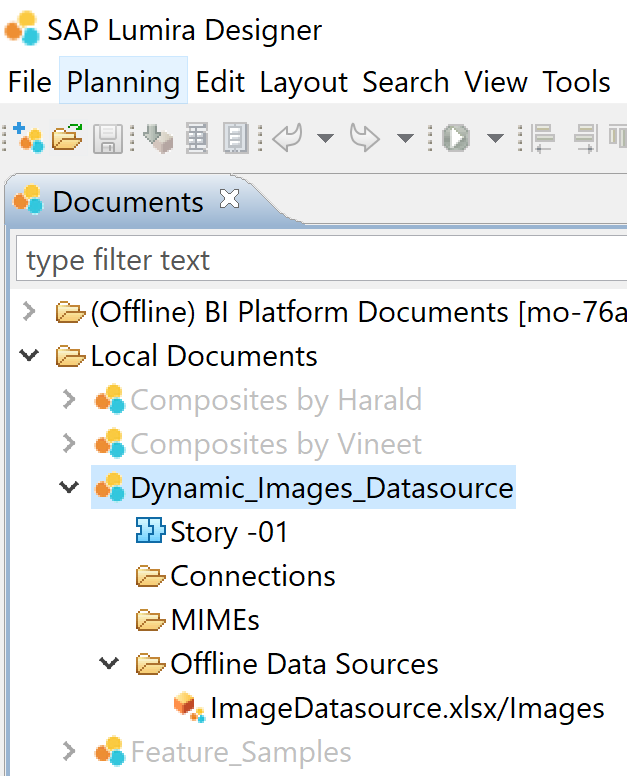 Then I created the composite called “DYNAMIC_IMAGES”: Now I opened the composite. Here I added the following Technical Components. 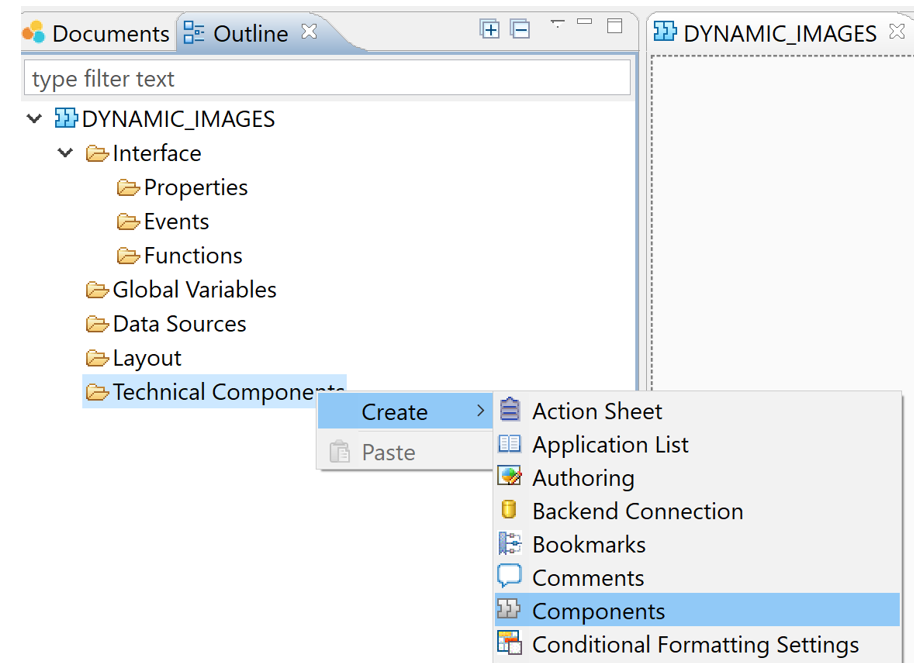 This is used to be able to dynamically create the blocks and images based on the data source in the scripting.

This will hold the scripts we will create later on.

On the Layout we will use two “Adaptive Layout Container” components, a Block template and an Image template component:

We will use the “ADAPTIVE_LAYOUT_MAIN” component as our container, that will hold the blocks containing the Images at runtime, which will be created dynamically via Scripting. The _TEMPLATE components should be hidden, since they are just used as templates, to set general properties for the images and blocks, like Colspans for the blocks and CSS Class for the images: 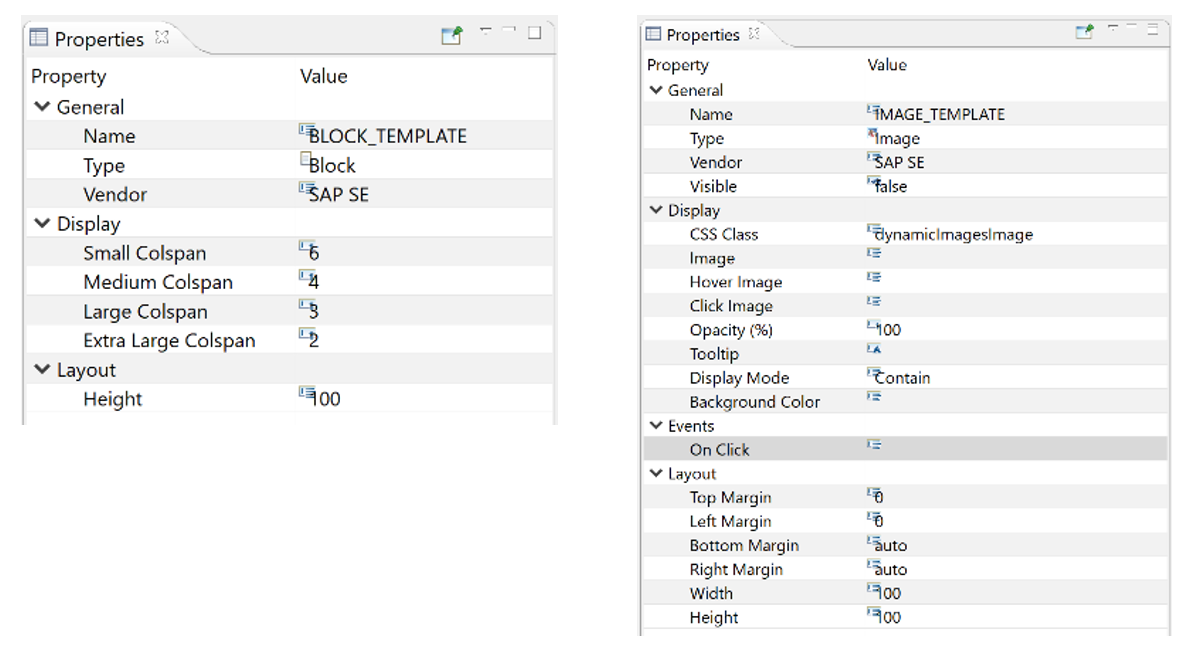 The properties will be copied to the new instances of these templates via Scripting later on.

This will receive the data source from the application, that uses the component and receive the image data from it.

It will be used later on in Scripting to store the dynamically created block objects and remove them again, before creating new ones. 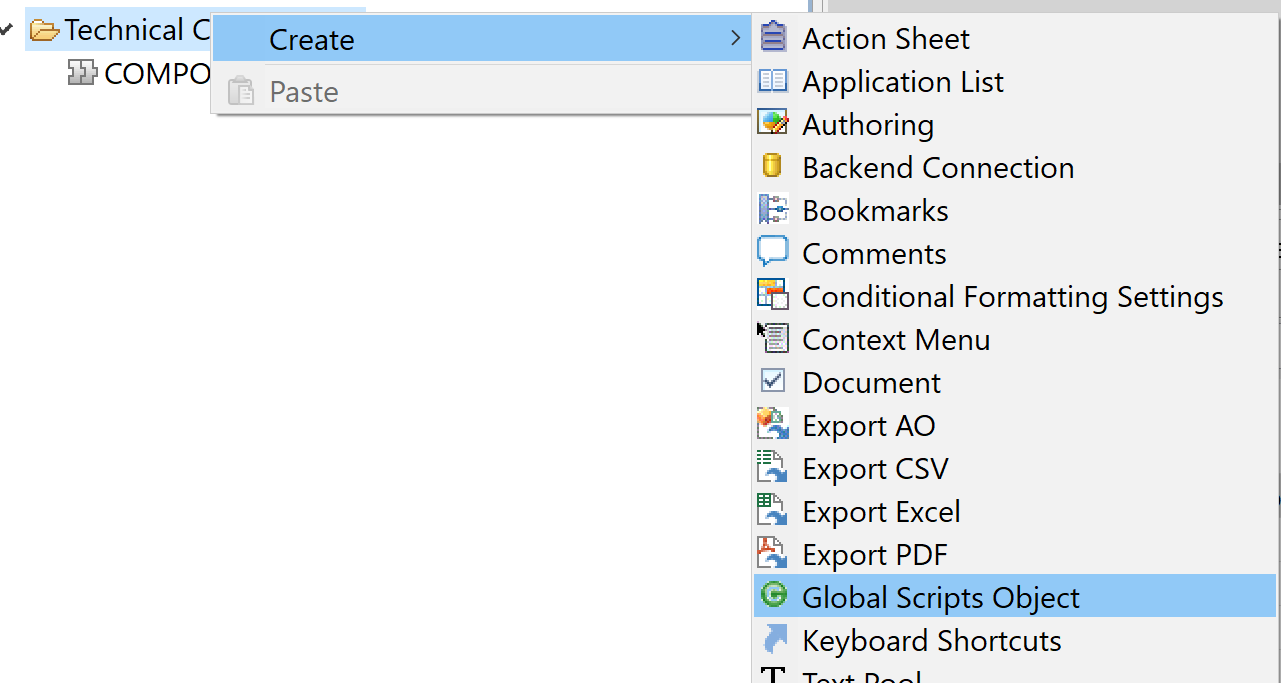 And in there create two script function:

One, the deleteImages() function, to delete the existing Images: 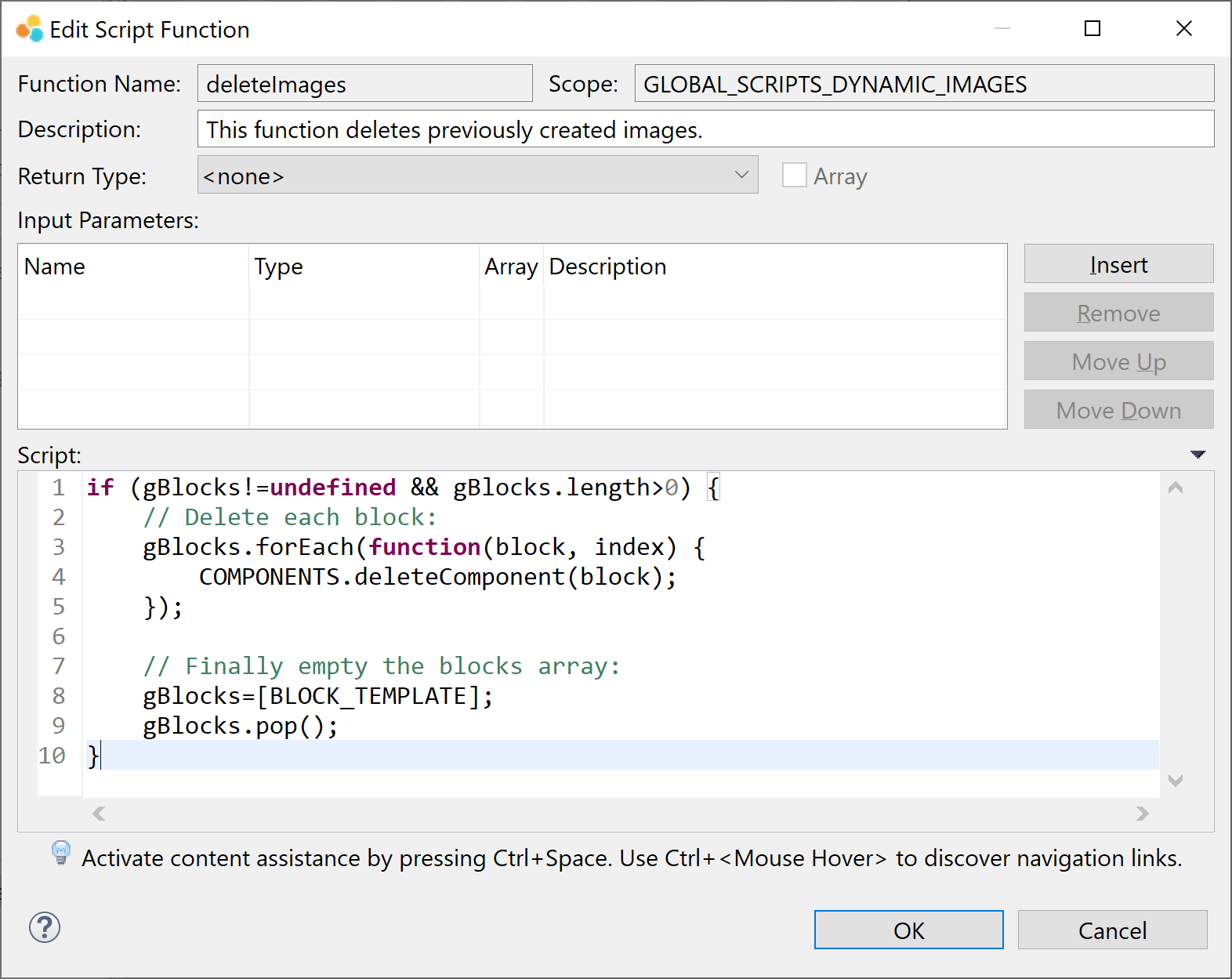 And the other one, the createImages() function, to create the new images: Use the createImages() function in the “On Initialization”- and “On Property Change”-events of the composite to the trigger the creation of the images when the composite is created or whenever properties are updated:

(The initialization of the gBlocks global variable needs to be done only once!)

The function simply triggers the createImages() Global Script Function and acts as interface to trigger updates from outside the composite via Scripting.

Now that our composite is prepared, create a new Application “DYNAMIC_IMAGES_APP” in the Document to test the result:

Add the (offline) data source to this application: 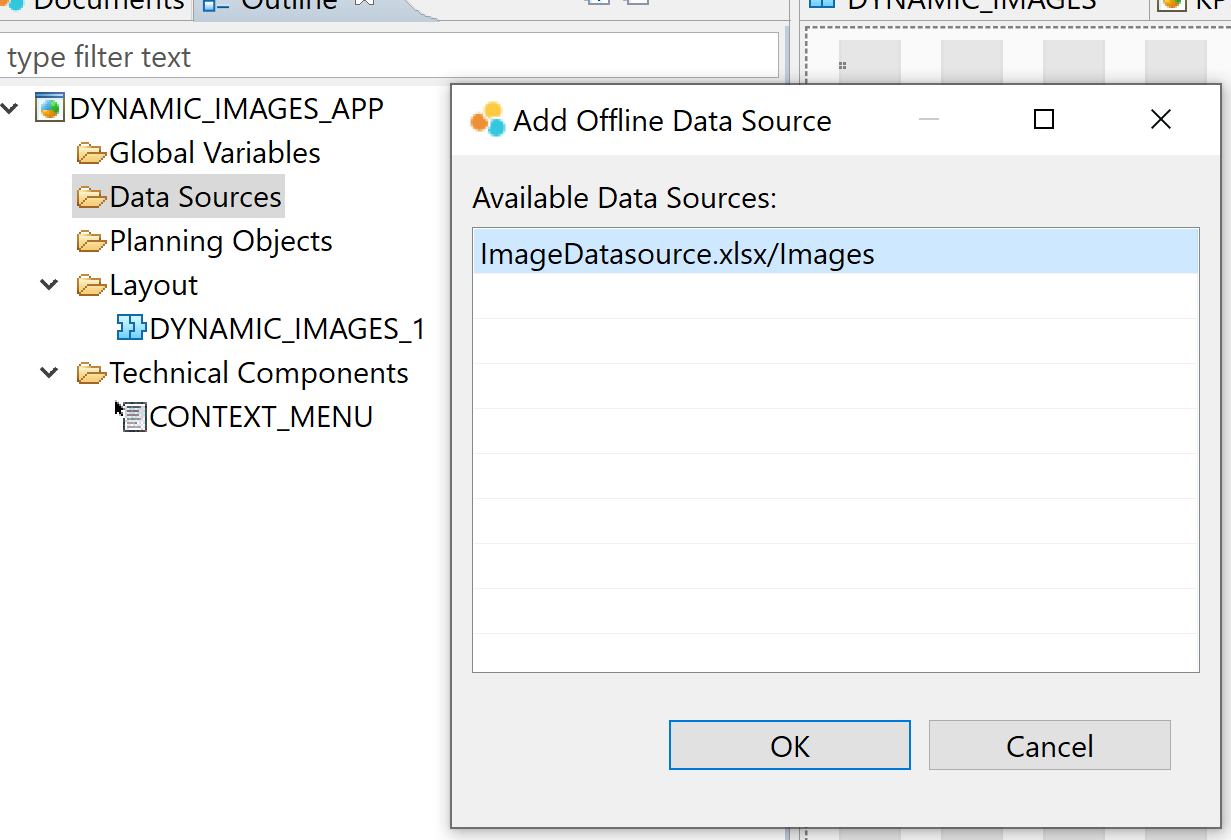 Edit the initial view of the data source to include all available data: 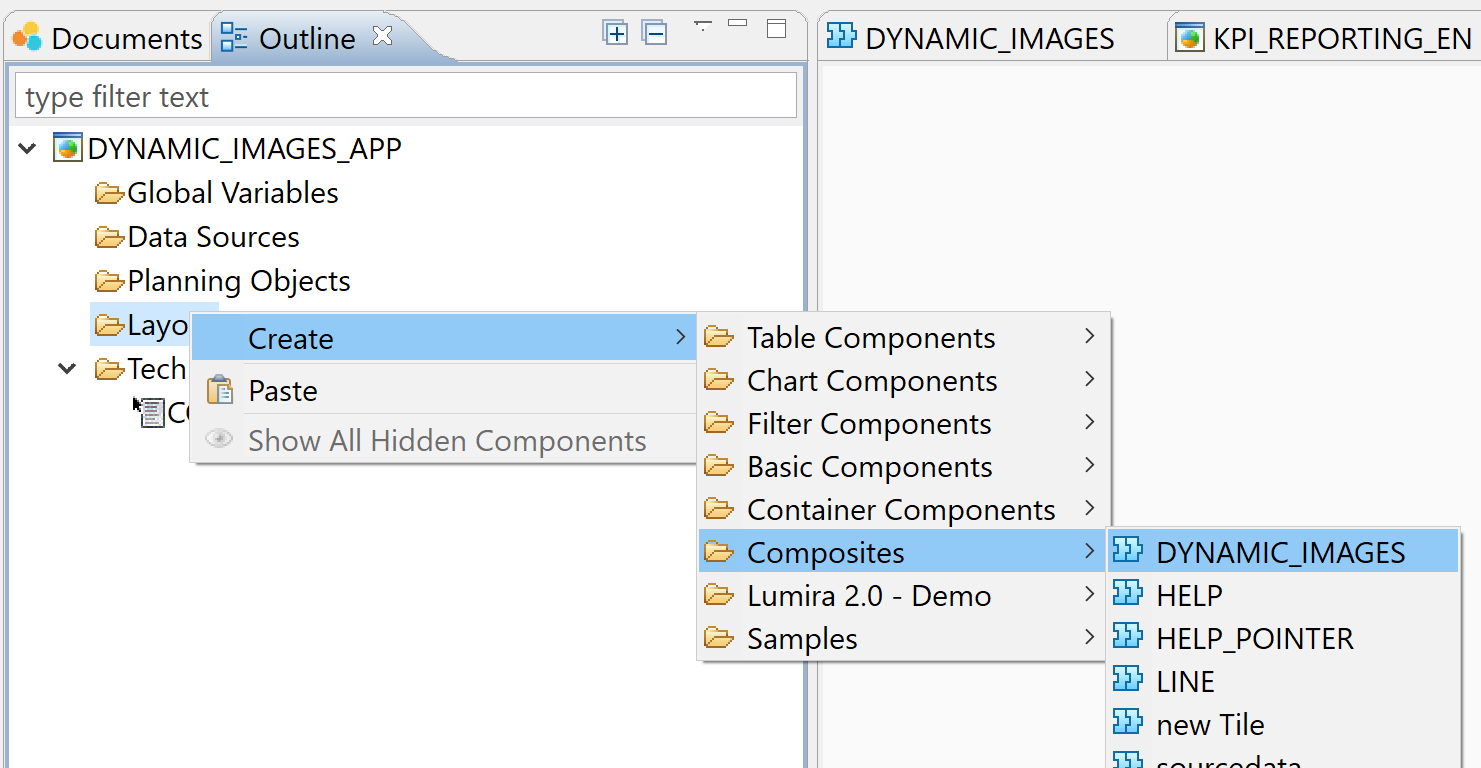 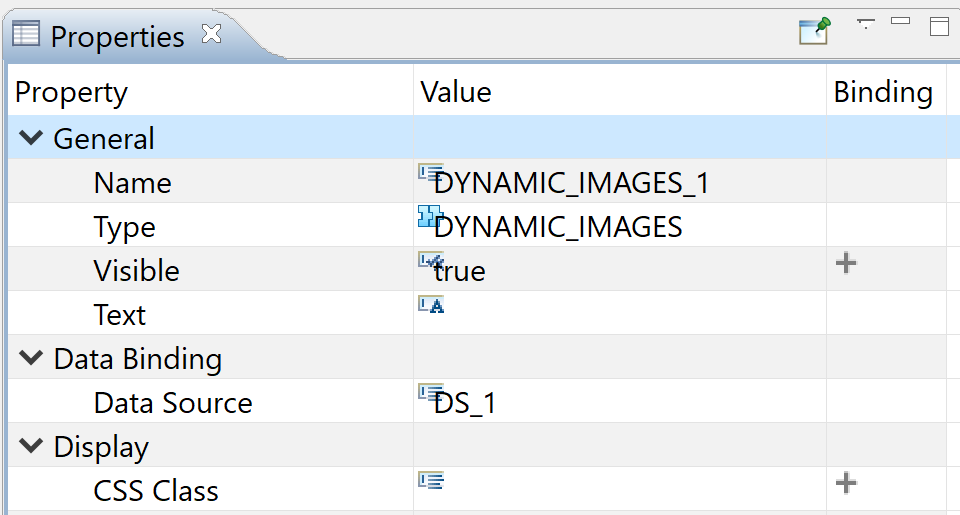 Add a header text, a crosstab representation of the data source and a dimension filter component.
Finally add the update() interface function of the composite to the “On Apply”-event of the Dimension Filter: 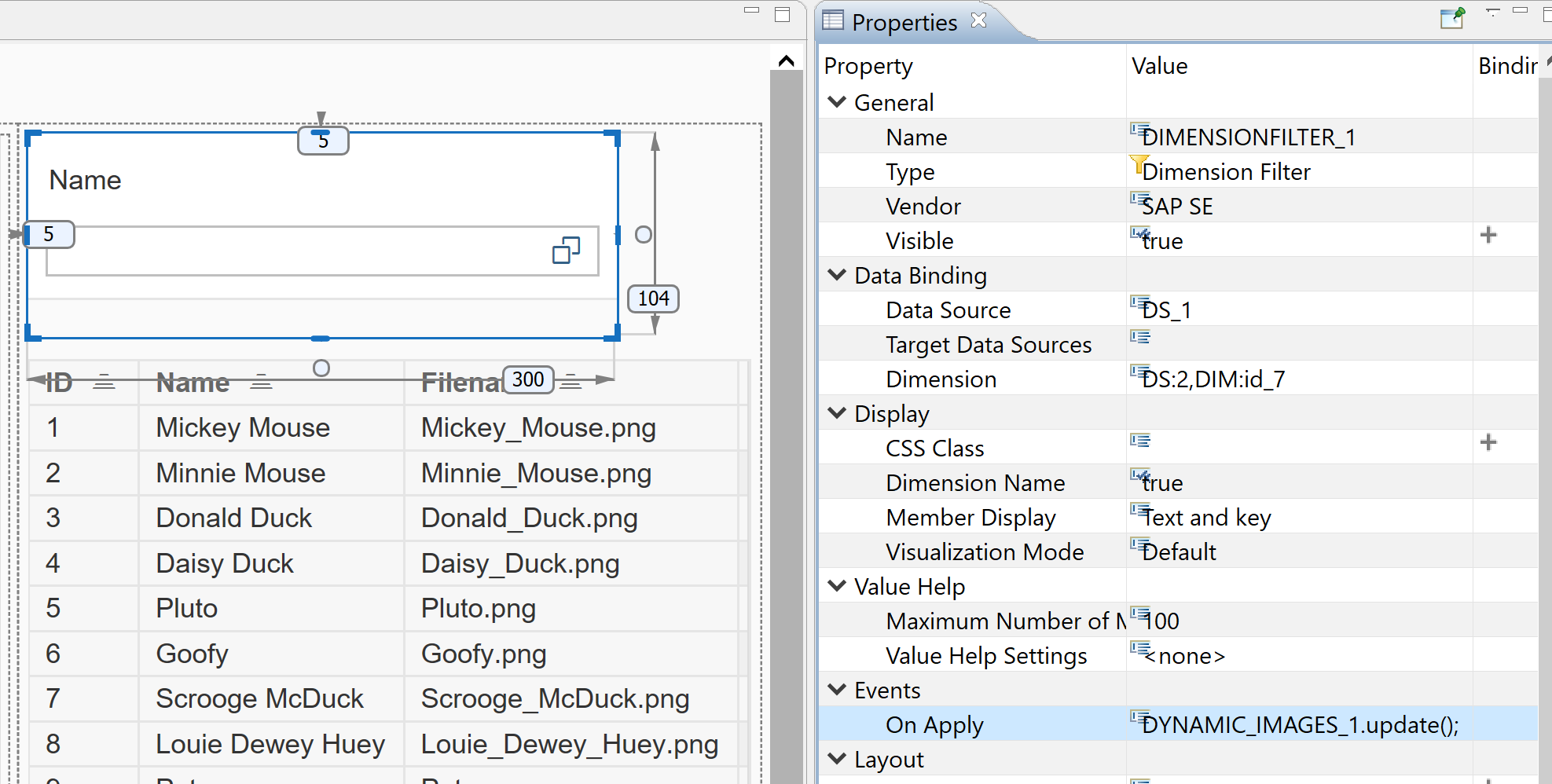 We are now finished and ready for a first test run. 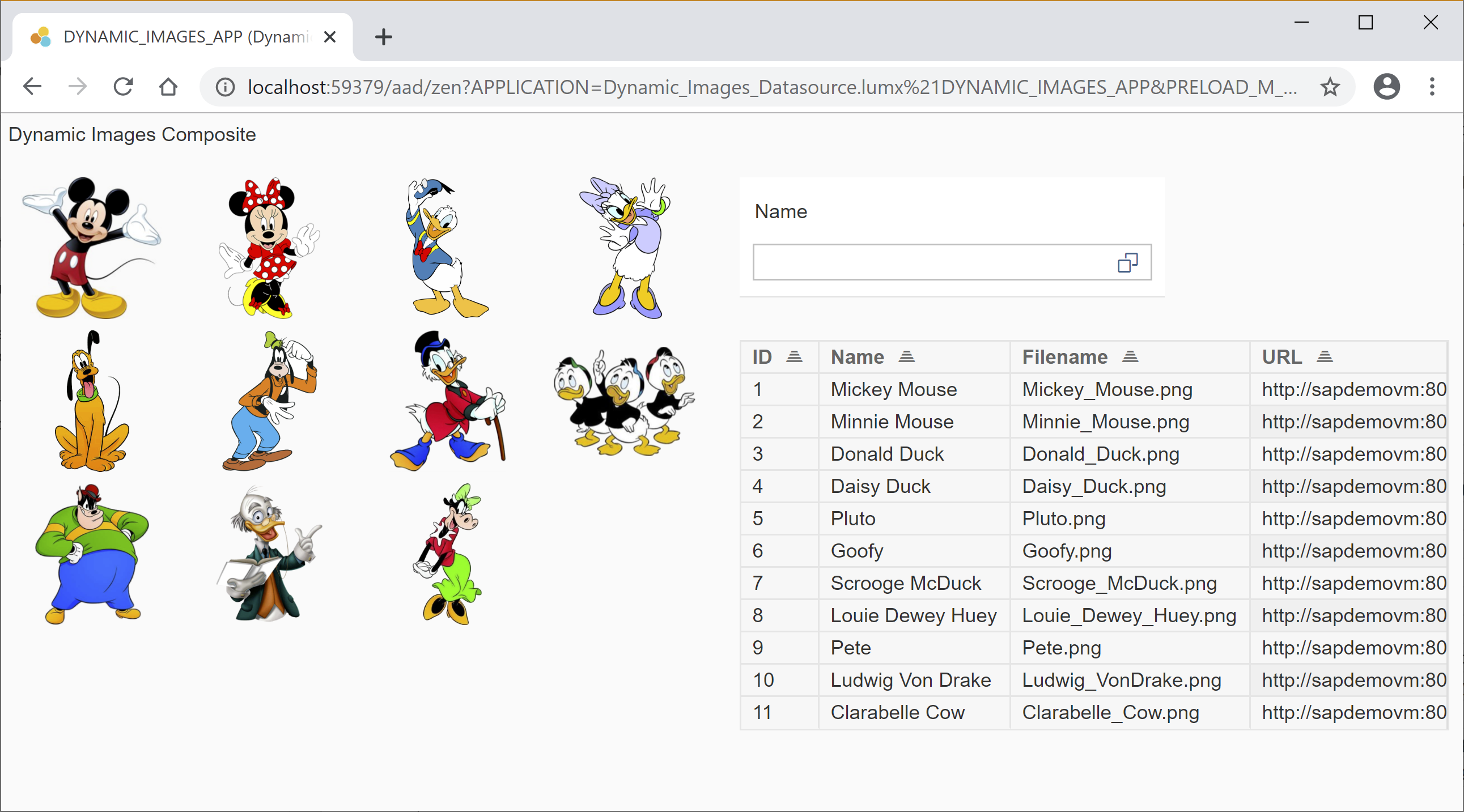 When you filter the data source using the dimension filter, the Dynamic Images Composite is updated accordingly!

In the next blog post of this blog post series, I will show how to make the component even more flexible and add selection functionality to it, so we can finally use it in various scenarios and with different data sources.

You can find Part 2 of this blog post series here:

Very interesting read. I have a question on the getDataSelection method you used on the datasource.

Could you explain the text in green ("DS:2,DIM:id_11"? I have a use case i'm developing and need to do something similar. Does DS mean datasource and its name is 2?   Thank you for your time and efforts.

The text "DS:2,DIM:id_11" is the internal dimension identifier of a dimension in my sample datasource. The might/will look different in your case. A hint, how to determine this identifier in your case is given in the Part 2 of this blog post series. You can find it here:

The "?" is just a placeholder for a wildcard. It means "select all members of the dimension in the result set".