Back to the Future – back to “New Work”

Since my early days I was one of those who always asked “why?” and wanted to see if there is a better way in doing things. I could not live with answers like “because it always has been like that”. During my childhood and education I often wanted to target the root cause and change whole systems, rather than do small fixes, that do not last long. I can tell it was not always easy. But the thing is that even as a mini rebel, if you feel you do it for the right cause, you have enough energy to endure. And if you once in a while could even trigger small system changes or at least raise awareness, it motivates you to do even more. 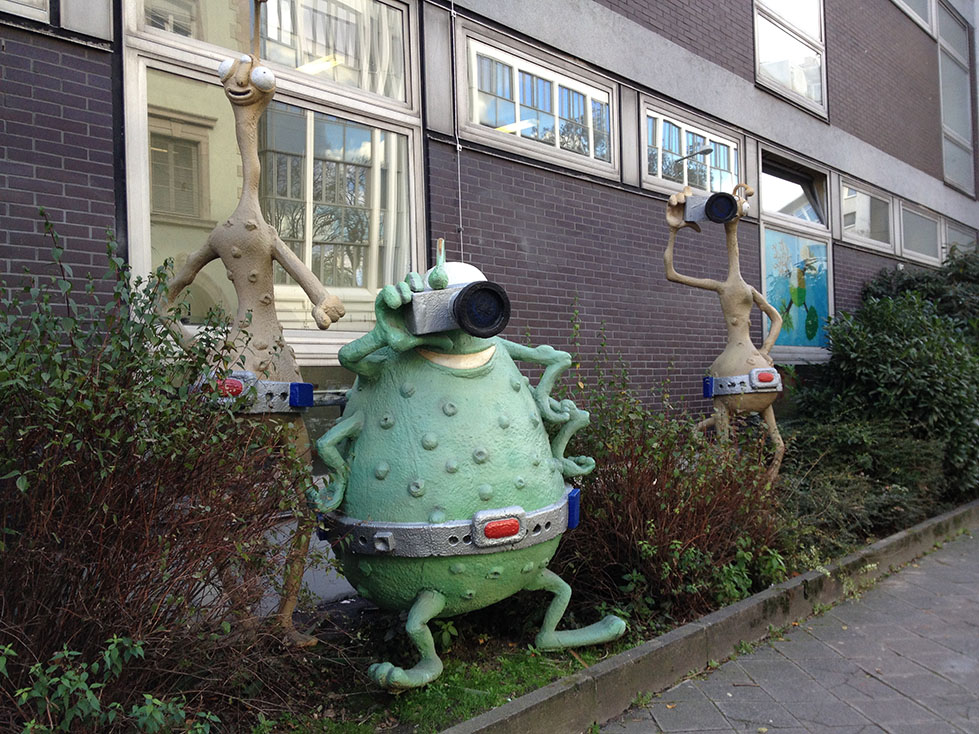 I had the chance to meet in one of my multiple jobs during my studies a great mentor who was a former board assistant at SAP. He saw my potential but also the struggle I had being non-conformist who loves solving complex challenges (or what is now called an “organisation rebel” or “corporate rebel”). He convinced me before directly changing the world, it might be helpful to at least get a diploma, as official certificate telling you are able to read, understand and convey complex topics, so people might start to listen. It might also be beneficial in finding a job that allows what is now called “bring your true self to work”, which means to find a job where authenticity is appreciated and questioning the status quo might even be seen as a super power not a threat.

I was more than thankful when I joined SAP more than 20 years ago, at a time of change and in a team with this great natural leader (today a combination of what is called “humble leader“, “supportive leader” or “inclusive Leader“). He fostered creative talent, innovation, new ways of working, diverse people and perceived different opinions not as a threat but as a chance to evolve the system. Continuous learning was encouraged and required, collaboration across teams to get the job done a shared value. Fortunately for me I finally could make use of all status quo questioning, revolutionary ideas, speaking up and trying to solve things with a different mindset. In that environment everyone’s contribution was appreciated and recognised and diversity highly valued.

Our team was one of the first ones exploring Scrum at SAP. So self-organisation, flat hierarchies and trust as the foundation for all this, were the standard. A lot of how we worked that nearly 20 years ago was actually something that you find now under the term  „New Work“.

The thing is, once you worked and learned in such an inspiring and trustful environment this becomes your benchmark. You can never go back to strict hierarchical models that kill any kind of creativity and passion, not only of the rebels but anyone.

Fast forward a few years, as complexity grew, companies tended to implement more and more hierarchies to handle it and put some KPIs on top that convey a feeling of control. Such hierarchies often turned out as filters or some say “muddy clay”, where creative ideas, learnings, innovations, challenges, open feedback (all of which I would call essential for shaping a corporate culture) somehow got stuck on their way up.  In some cases this may have resulted in silo thinking, not being able to connect ones work to the overall strategy, innovation being lost along the way, rebels leaving the companies and employees who did not feel heard lost engagement. For a while there was a lot of complaining in the business world, employees about not “being empowered” and micro-managed, and managers complaining that employees don’t “take over responsibility“.

But that seems to be over. People stopped complaining or waiting for a sign or some others to help. They understood that change will not come to you, you need to be the change.  All the grass root initiatives, Search Inside Yourself, Working Out Loud, mindfulness, Design Thinking, Theory U, screw up nights, the revival of agile, mentoring, coaching, fellowships, development culture,… and their huge acceptance amongst the employees and progressive managers are obvious signs. These initiatives already attract, connect and re-engage so many people on all levels who now actively contribute and share. They build fluid teams by interest and intrinsic motivation around topics they really care about. They keep going, stay curious, empathic and brave and what is most important pro-actively share their experience and therewith inspire others.

There are cracks in the clay soil. You can already see that mindset and potential grow and even bloom in various places.

It is the dusk of managers as authorities in an ancient hierarchical structure and dawn of natural leaders, that serve as trusted mentors and coaches independent of hierarchies in fluid organisation where teams form around common goals and passion.

The future is now – so put on your self-lacing shoes and jump on your hover boards.

This is a great post for the New Year and one which made me think that the "rebel" mindset you mention is also that shared by many autistic people. It feels great that SAP is now employing many more people with these skills as that particular questioning mind-set is really important for any organisation which wants to thrive and grow.

Thanks a lot Lucy for your words. I agree if you dare to leave the path from time to time you may find new ways and hidden treasures.

Thank you Heinz once again

Inspiring and motivating post at the beginning of the new year!
I would subscribe to that straight away.

By the way - I wouldn't call it "rebel" mindest - it's just the way artists and scientists think. Einstein said: "The important thing is to not stop questioning. Curiosity has its own reason for existing.".

Back to curiosity! I can see the cracks in the clay, too.

Thank you Martin for the nice feedback. And yes, I totally agree that what drives us is curiosity and daring to try. Only others might see that as rebellion - but as I am also a fan of the Corporate Rebels I made peace with that term as well.