at OS level. During the SAP Convergent Installation using SWPM tool, when you see the screen as

shown below, some confusion arises regarding instance number .

The value should be always 1 (by default) (as shown in the above highlighted in Yellow color).

DO not change the default value.

For Ex: A system with 3 dispatchers, 3 Guiders, 2 updaters, 6 bulk loaders and raters will have it in

the increasing order, specifying the installer that it is first/second/third … instance of the particular

component dispatcher or Guider or Updater …..

These numbers are very important because they in turn define the HTTP port, web services port, 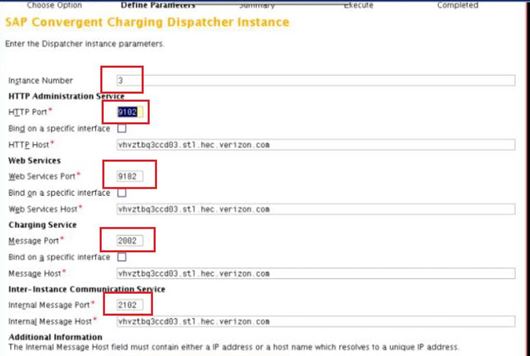 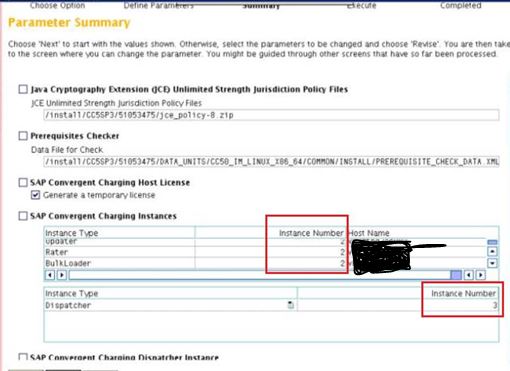 distributed hosts) in order that you need to execute sapcontrol command for stopping / starting instance.

As shown above, instances name CCR00 and CCB01  for  Rater and Bulk Loader respectively  reside on a separate host.

Therefore Instance number for Rater is 00 and for Bulk Loader is 01 .

The other instance name for Dispatcher, Guider and Updater resides in separate hosts will have different instance number.

As shown in the above figure, all the components of Convergent Charging reside on single host.

We have a situation here, we are installing SAP CC 5.6 on a single host, with single dispatcher, updater,guider,rater and buk uploader.

But during installation it is taking instance number of already existing systems and making the system unavailable.

Any idea why it is taking the instance number of the SAP systems that is already running in the server ?

Do we option to change it any where in sapinst used for this installation ?

Hint was when running the sapinst it was deducting the previously running systems on that host but during instance selection it did not show the existing instance available.