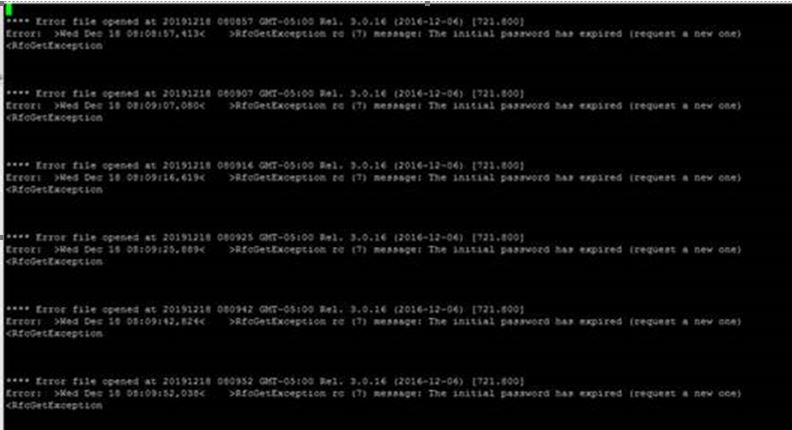 or “communication” user-type in the back-end system.

Set the user type for logon user to “SYSTEM”.

Never set the user type for the RFC user either to dialog or Communication.

Logon password for logon user for ABAP system should never expire for life time as this is used for RFC between SAP Convergent Charging system to ABAP back-end system. So set the user-type to “SYSTEM”

After fixing the issue, start the Bulk Loader instance as shown below

As shown above , instance number for Bulk Loader is 01 (Instance name is CCB)

Start the instance as shown below.

Verify the status of the Bulk Loader instance as shown below