My last post on release strategies (e.g. canary) covered a nice example on how to implement an integrated CI/CD pipeline with SAP WebIDE, Azure DevOps and Azure App Service for Containers. Today I’d like to focus on a CI/CD integration scenario for Cloud Foundry.

SAP offers a nice one-click build and deploy integration feature for SAP WebIDE. Unfortunately, this is falling short of many requirements developers and customers have regarding flexible deployments like blue/green and instant rollback mechanisms in production. A common scenario nowadays is also to be able to release to multiple cloud platforms (Azure, AWS, GCP) from one code base.

There are multiple tools out there, that get the job done. Popular choices are Jenkins, Project Piper (including Jenkins), GitHub Actions and Azure DevOps to name a few. I am going to focus on the latter today.

So, imagine you have an SAP Multi-Target Application (MTA) developed in SAP WebIDE, that you want to release to Cloud Foundry using blue/green deployment. I developed a fully working and publicly available example for the release process. Check the image below to get a feeling for the moving parts of the project that I am describing. 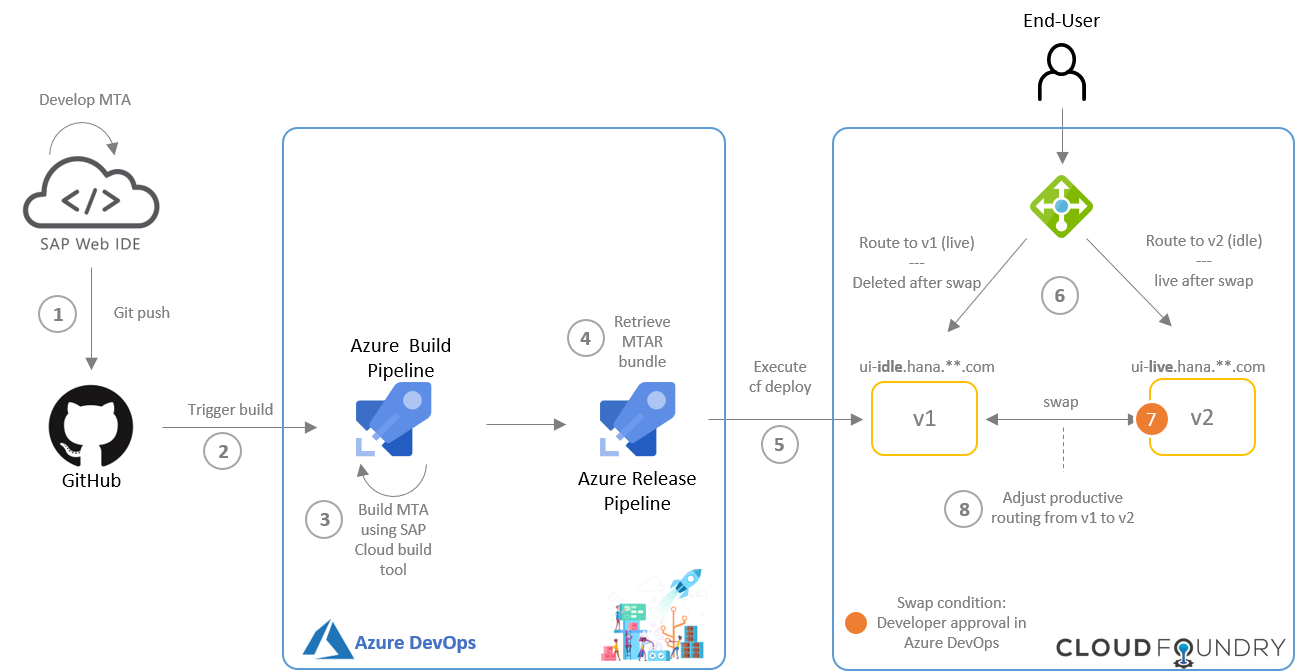 fig.1 Overview of all moving parts of today’s CI/CD undertaking

Short recap on Multi Target Applications: MTA is SAP’s answer to the challenge of moving multiple interconnected software components from one environment to another. SAP Cloud Platform (in our case using the Cloud Foundry environment) is smart enough to solve this software-component puzzle and automatically deploys every piece depending on the technology used, where it needs to be. Cloud Foundry expects the “puzzle” to be bundled in an MTA archive.

Let’s have a look how we can make Azure DevOps understand MTA projects and release to Cloud Foundry. But first things first. Here is how I setup my example project:

Get right into it

Now it is time to configure our build pipeline in Azure DevOps so we can build our MTA project, which we develop in SAP WebIDE or any other IDE, that understands the languages used in your MTA (e.g. Visual Studio Code, Eclipse etc.). 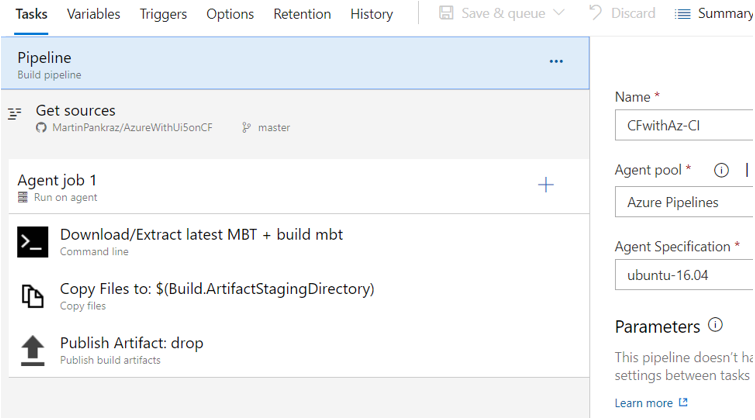 My build pipe runs on an ubuntu agent, which downloads SAP’s Cloud MTA build tool and executes the build immediately. After that I copy the resulting MTAR-file from the build directory to the staging directory, so that my release pipe can pick it up next.

Using the Cloud MTA build tool documentation and local testing with Powershell I was able to determine the right path for Azure DevOps: $(agent.builddirectory)/s/mta_archives.

Note on the side: I configured continuous integration from GitHub through the Triggers tab of the build pipe shown above.

So far so good. We have a MTAR file, which Cloud Foundry can understand. What’s next? Remember, we wanted to do blue/green deployments.

Closer look at the release pipe

In general, this means you have two instances of your app running in parallel – typically, different versions of it. One of them is live (v1) and the other is idle (v2). Once you are happy with the new version you can swap the routes, so that v2 becomes live, without any disruption to the end users.

However, the command of Cloud Foundry CLI deletes the v1 deployment slot and idle routes once the swap finishes. You can find further info on the matter on the SAP docs here.

I configured a 2-stage deployment with CF CLI and modelled my release pipe in Azure DevOps accordingly (idle vs. live). The review step contains a manual intervention step. That way you can test the new version before performing the swap and run a rollback in case of rejection of the new release.

Both release tasks in idle and live stage are similar and differ only in configuration parameter for the cf commands to initiate the blue-green process and to conclude it. 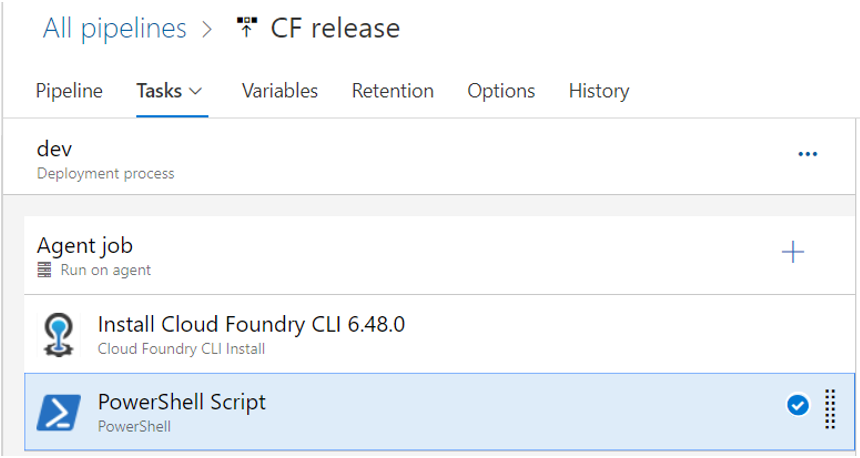 First, I install a recent version of the CF CLI on my agent to be and secondly execute the following set of commands:

Let’s walk through it.

After the idle stage of my release pipeline finishes you will see two instances on SAP Cloud Platform. That represents the intermediate state of the blue/green deployment as described in figure 4. 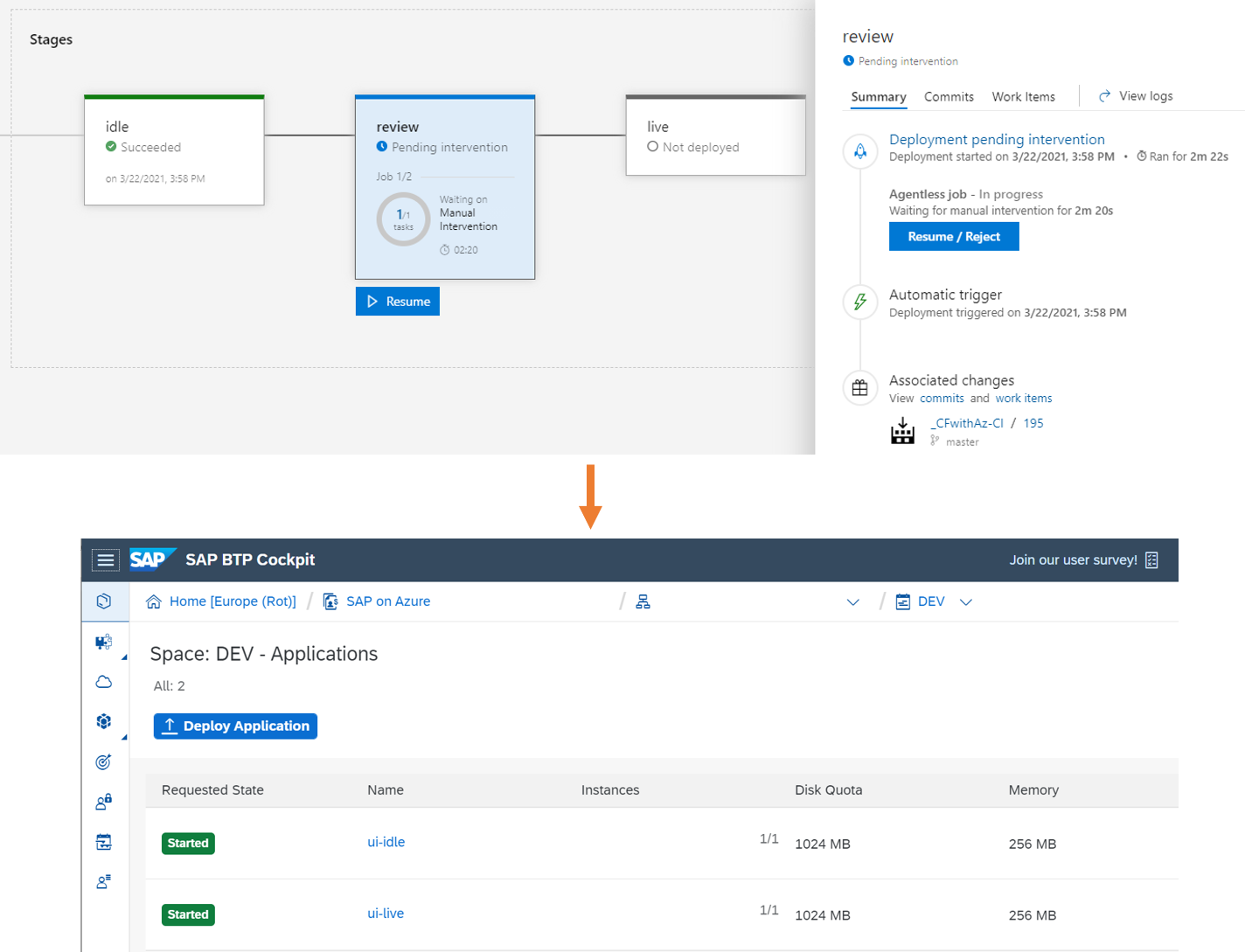 After all that, you are one approval away from releasing a new version of your app to production with state of the art CI/CD from SAP WebIDE/Business Application Studio to Cloud Foundry with zero-downtime (see upper part of figure 8).

The prod stage runs a slightly different script. We rely on “mta-ops” to be able to conclude the process after we finish our testing on the idle route of our app.

fig.9 Screenshot of CF CLI command output, that is reused in Azure pipelines

Since the process id is specific to my app it is reasonably safe to extract the id using a greedy regex. I would prefer json but it seems not to be available on the CF CLI yet.

Using the process id we can finish the blue/green process with the “resume” option. The abort process “lives” in the review process stage. It only triggers when the Manual Intervention task fails. So, on “resume” or approve of the current idle version of the app the process continues to the live stage of the DevOps pipeline. In case of “reject” it continues with below job “Abort Blue Green”. The app name could be abstracted with a variable if needed or extracted via other CF CLI requests. Since we know the app names on the pipeline I kept it simple.

The abort command currently does not clean up the routes, therefore we delete them intentionally. The following blue/green processes and most important the live app is not impacted in case you decide not to add the delete and rename command. 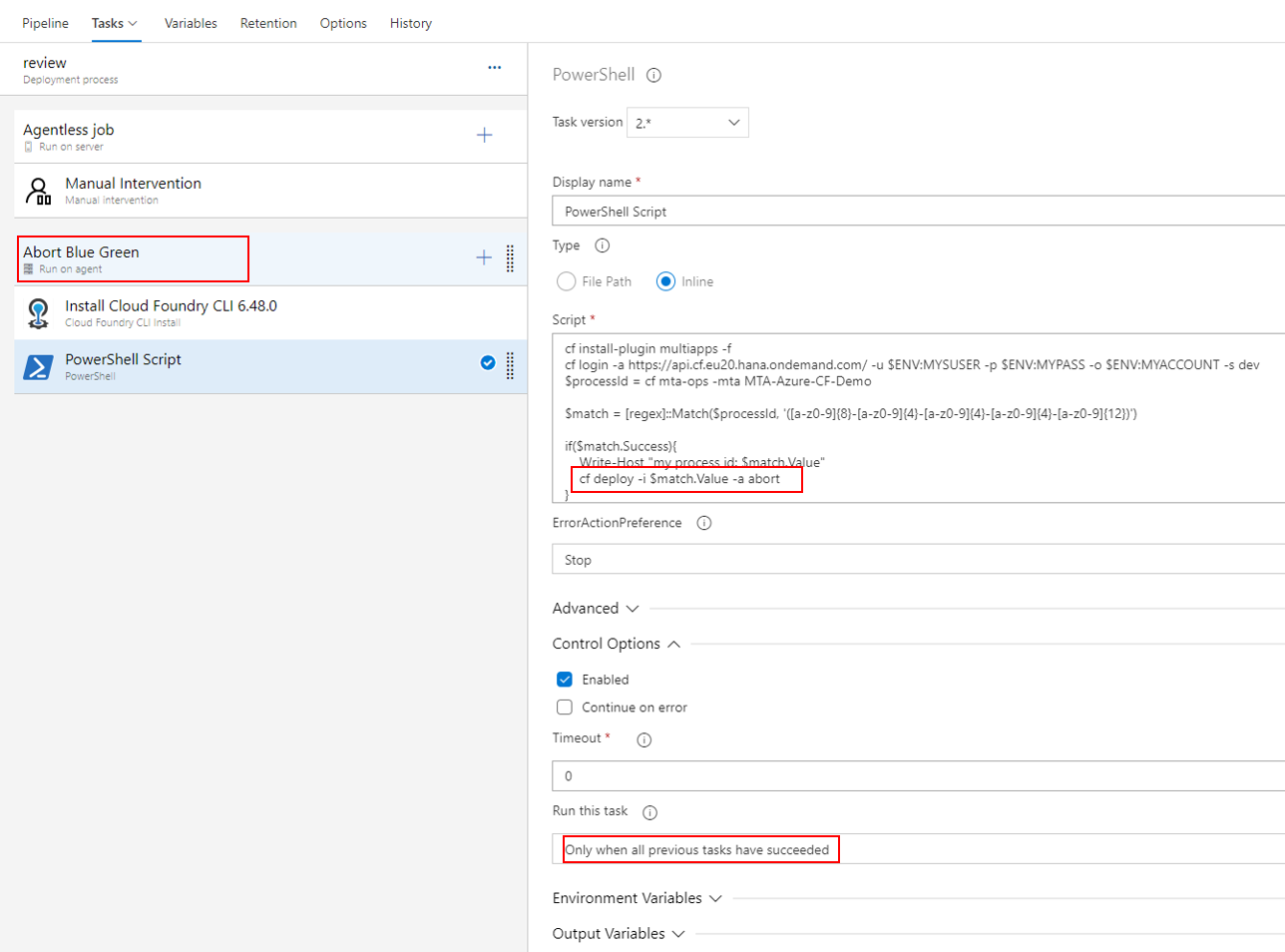 There are various ways to achieve the pipeline behavior needed for blue green. Azure DevOps provides pre- and post-deployment conditions to trigger interaction based on a pipeline stage. See Quality gates for interaction with Azure Policies, REST APIs, Azure Monitor metrics or open work items from your agile process in Azure Boards.

Check the SAP docs for more details on the resume/abort option.

Great, the intermediate state of idle/live has been cleaned up by CloudFoundry under the hood for me. Only the new productive version is left.

The described process so far focusses on manual steps and an “active” decision by someone within Azure DevOps to resume the process. But how do you test the idle version?

Here is an example from one of the largest streaming providers on the planet. They rely on metric comparison to create a visual for the engineers to judge upon.

So, we would need to analyse the behavior of the CF app through BTP means like the BTP Cockpit (simple visual memory, CPU and disc consumption comparison) or incorporate a logging framework like SAP Application Logging Service or Azure Application Insights.

Wait, blue green is nice but what about incompatible changes on my data structures?

Above descriptions on blue/green deployments work without planning when it comes to adding ui components, services or data base fields. But what if you need to incorporate a breaking change?

Let’s have a look at the following data structures.

The left one is currently live, because the app didn’t anticipate the need to deliver to a different address than the purchaser’s. The structure on the right introduces the desired separation.

Effectively, you need to run the app and data base schema of both implementations in parallel until the blue/green process finishes. The solution to this problem is widely known as the “Expand and Contract” or “Parallel Change” pattern.

The speed of your change from left to right depends on how often you release new versions and how quick consuming clients get updated to the new implementation, so that you can finally delete obsolete interfaces, objects and data entries.

Assuming 4 releases to finish the introduction of an incompatible change with a typical 4 week Scrum cycle with a release once a month, you arrive at 4 months till the process completes.

With mobile apps this can take particularly long, because end-users might be reluctant to run updates. Some apps even throw you out to force updates upon you once such breaking changes have been introduced.

Check out this article for a nice detailed description of the different phases. I borrowed the delivery address example from there too.

Hana’s XS has a similar built-in implementation for Zero-Downtime Maintenance, that might reduce your efforts if your app stack runs on it.

There are several ways to establish sophisticated and flexible release processes for your Multi Target Applications. I showed you one easy example with GitHub, Azure DevOps Pipelines and the blue-green option of the CF API CLI that gets you a great deal of new possibilities.

Incompatible changes to your data structures increase the complexity of your zero-downtime releases with blue/green. Maybe take down the system for the change? 😉 naa, we have come this far with pre-bundled tooling at your hands to implement a cloud native strategy. But consider release frequency to check if it is worth the effort. Once a month seems like the minimum.

Check out my other blog post on different release strategies with UI5 and Azure DevOps. You can get even more fancy than blue/green 😉

Opinions expressed are solely my own and do not express the views or opinions of my employer.