Do you remember the mythical scene of I Robot in which Will Smith asks an artificial intelligence (AI) about its artistic skills to ensure that he is superior? 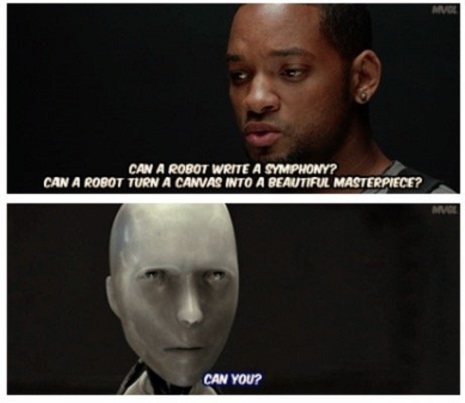 Scene from I Robot

This is the gamble taken by many artists since artificial intelligence has existed. As early as 1959 Nicolas Schöffer was already doing cybernetic art, which is an art form that picks up scientific theories and turns them into art installations. Nicolas Schöffer is therefore a pioneer who created the first sensitive robot. His robot CYSP 1 projects colors according to what it “feels” while “dancing”. Depending on the variations in sound, light, and colors, one piece of art creates another one. 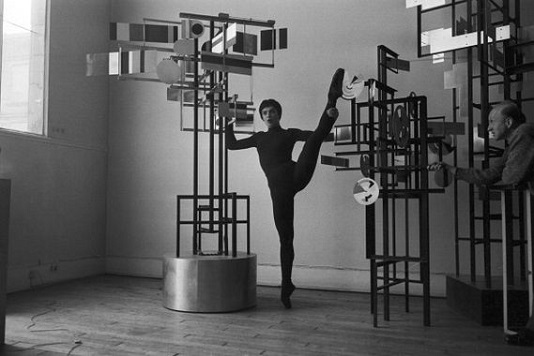 Of course, in 1959, at a time when Yann Le Cun, one of the inventors of deep learning, had not yet been born, the capacities of artificial intelligence were way behind as compared with what they are today. Artificial intelligence has therefore attacked many more classical fields of art since then.

Artificial intelligences are astonishing when imitating artists. For example, with the project The Next Rembrandt, a neural network learned everything about the artwork and the style of a Dutch artist from his 300 paintings. The imitation of the original artwork created by the AI looks like an original made by Rembrandt. The realization was then printed in 3D to even imitate his brushstroke. 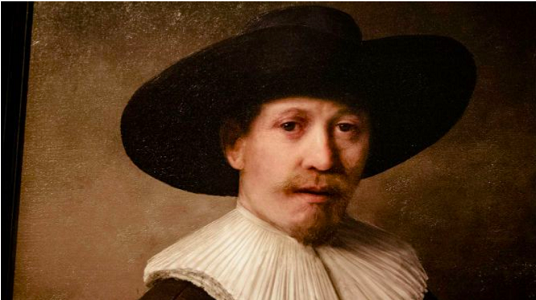 Similar works are available in the art market. A collective named Obvious created an AI which painted a portrait of the Bellamy family estimated at $10,000. The auction was an unexpected success and the painting reached a price of $425,000.

I’m expecting a lot of nice things with this kind of algorithm. I’ve always regretted that Friends was over, and I didn’t like the end of Game of Thrones. I would like to see some more episodes or a different end! The solution probably relies on an algorithm that’s not yet born. Just as the Beatles came back to life, thanks to Flow Machine!

We remember Deep Dream, the artificial intelligence from Google that “dreamt”. In an attempt to understand how neural networks are working, Google has imagined Deep Dream. It forces the AI to create a caricature of what it saw to understand how it classifies images. Google nicely called it inceptionism; the way the algorithm dreamt of our world. Visit their website to find out what the AI sees in one of your photos. The result turns out to be psychedelic art. But the above examples are only imitations of an artist or of the already existing world. It is common knowledge that algorithms are good at reproducing what humans can do, but can they really be creative? We can teach an algorithm by training it with data. For example, by training the algorithm with classical music data, it could probably play a new song based on classical music, but could the same algorithm produce a song based on rock music? Can we teach art or creativity?

One of the most striking and shared examples of creativity in intelligence emerged at the heart of Alpha Go’s famous experience. The Go game is a special game in which the number of possibilities to be evaluated in each round is astronomical, higher than what the most powerful computer can compute. To be a decent player in this game, it is necessary for the AI to have a kind of intuition allowing it to evaluate only the most promising moves. It is achieved by feeding the AI with the data from the games previously played by pro players. The magic appeared during the 37th move of the second game. As you can see in the following video, at first the commentators considered it to be “a very strange move” and “a mistake”.

His opponent Lee Sedol took almost 15 minutes for his next move. This move only made sense later in the game and was an important part of its victory. The new technique is now considered as a creative and unique move by experts.

There are examples of true creativity in other fields of art. In painting, there is the Art and Artificial Intelligence Lab using Creative Adversarial Network, an algorithm close to the Generative Adversarial Network. You can see for yourself that the results are impressive. 75% of the time, human subjects thought that the generated images were artworks made by an artist. In music, there is the start-up Jukedeck which composes royalty-free music on demand.
Anyway, as long as there is a public, we can consider the work made by AI as art. And the first exhibition of artworks produced by algorithms has already taken place. It was called Unhuman: Art in the Age of AI. 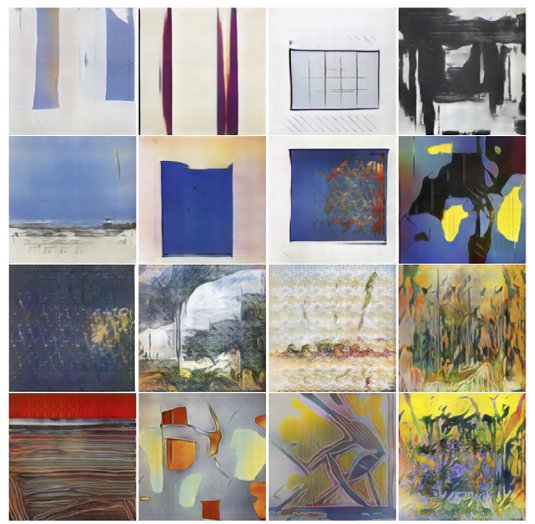 Images generated by CAN by the Art and Artificial Intelligence Lab

If we consider that artificial intelligence is an artist, the question of copyright arises. Taryn Southern made an interesting approach with I Am AI, the first album to have been entirely composed and produced by an AI.

Taryn Southern wrote the lyrics and performed the interpretation. The instrumentation was entrusted to Amper, an artificial intelligence. The artist has chosen to reflect the work share of each by dividing the royalties in half.
From the point of view of the law, artificial intelligence cannot be considered as an artist. It is the person behind the machine who owns the copyright if a work has been created with artificial intelligence. Indeed, to own a work you have to prove that you expressed your personality in it, and you have to be a legal personality. Therefore, like animals, non-humans cannot be considered as artists, like the selfie taken by the monkey. 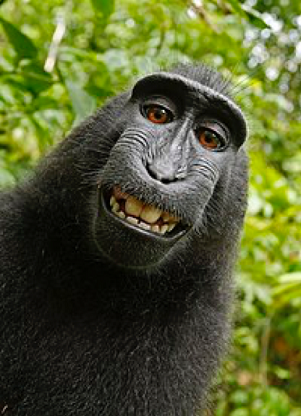 There were a lot of arguments about the copyrights but finally, the court decided that the owner of the camera had participated enough in the photo process to be considered as the owner.  So, it is only considered as a tool by the law, but can it still be considered as one if humans does no longer take part in the creative process? It can stay as it is now, the work belongs to the software designer or evolve to stipulate that the work created by the software cannot be under copyright.

To conclude, art cannot be without its originality or aesthetics. An artificial intelligence can be creative, but it has no intention of doing so. Moreover, artificial intelligence is not able to create artworks in several fields (writing, songs, films…). Asking many questions about creativity allows us to better understand our own functioning. Considering a cartesian point of view, if we are just machines, then the day will soon arrive when AI will become better than ourselves in art!

Another way to see creativity is to do something new with things that already exist. So be creative with AI by building awesome chatbots on our platform!