I would like to share my experiences with CDS-Views as a data source for Models in SAP Analytics Cloud, because I didn’t find much information about this in the forums. In use we already had the SAP HANA Calculation Views, so I’ll compare them here and there.

About the technical environment: I work with the SAP Analytics Cloud (SAC) version 2020.1.1 with direct access to a SAP NetWeaver Business Warehouse SAP (NetWeaver BW) 7.50 Support Package 16. The connection is established via the Live Data Connection.

The use case is the following:

Data from SAP Real Estate Management (SAP RE) for buildings and contracts is extracted from several SAP S/4HANA systems (also using CDS views for extraction) into the SAP NetWeaver Business Warehouse (SAP NetWeaver BW) and consolidated there. The data is stored in 2 tables, one for the buildings and one for the contracts. The data is updated daily. A virtual data model based on CDS views has been created based on these two tables.

Here is the simplified data model:

The virtual data model is designed as follows (also in simplified form): 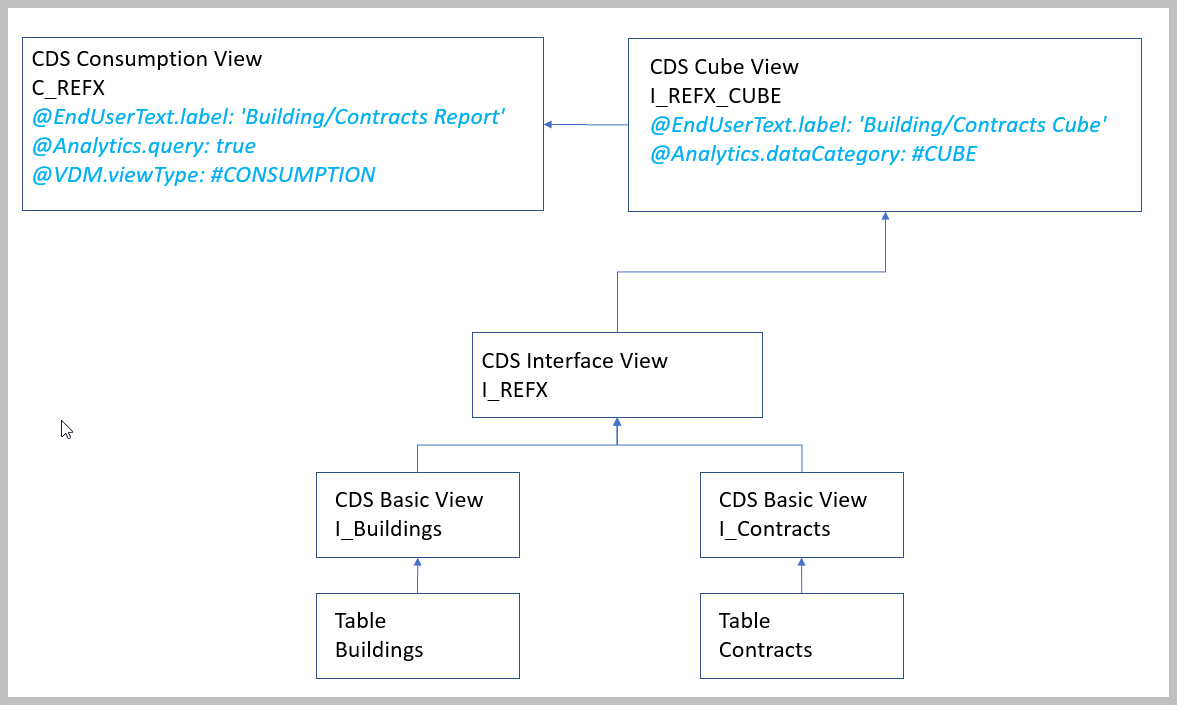 Set the ‘API state’ to ‘Released’

To be able to use the Consumption View in the SAP Analytics Cloud (SAC), the following setting is necessary, see also the following note:

The data model of the CDS view can be tested in the system (works in a SAP S/4HANA and in a SAP NetWeaver Business Warehouse) using transaction RSRT: 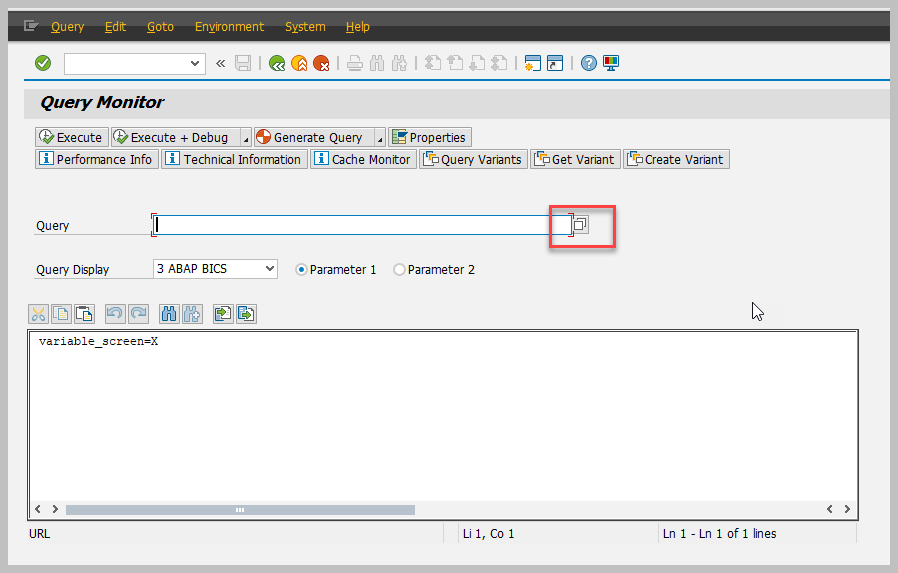 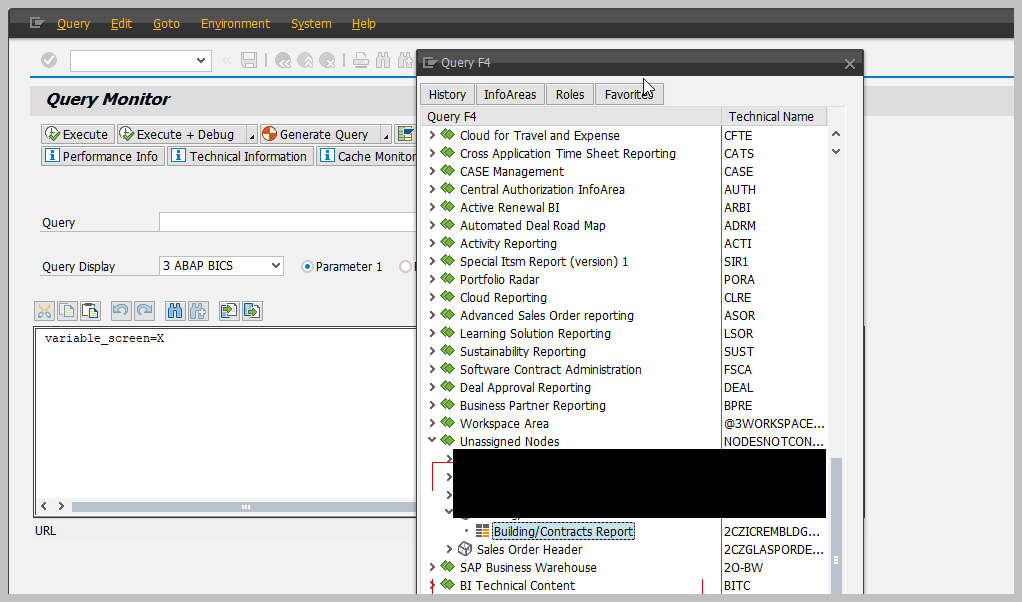 Once all these prerequisites have been met, the model can be created in the SAP Analytics Cloud based on the CDS view: 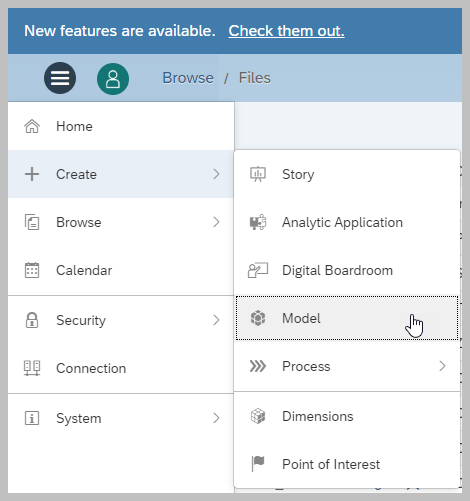 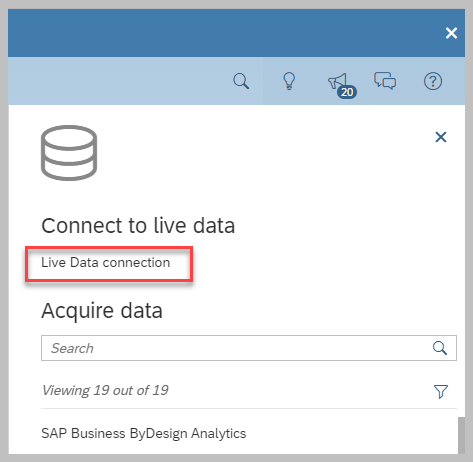 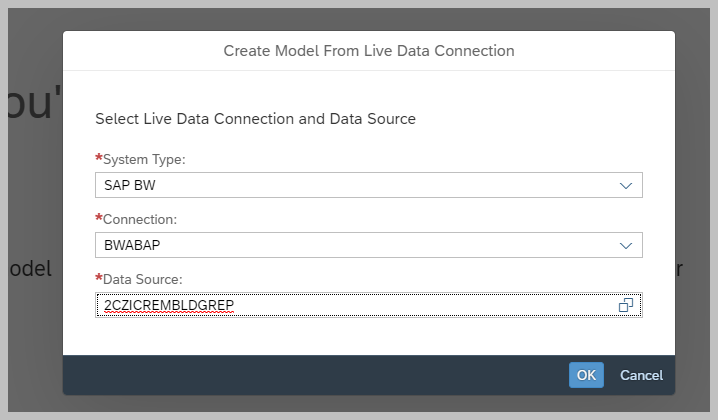 All dimensions and key figures of the virtual data model are now transferred into the SAP Analytics Cloud Model: 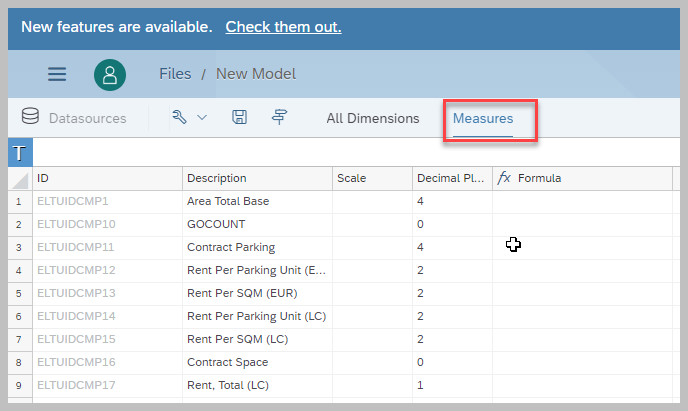 The story can now be built on the basis of the model created and all defined dimensions and key figures can be used.

Different from the Calculation View based model, not much can be added to a CDS based model. If you use a Calculation View, you can create your own key figures in the model and calculate them using a formula. This is not possible in the CDS model.

Pic15 – Formula in a Calculcation View based Model

Aggregations and exception aggregations can also be defined in the CalcView model:

Pic16 – exception aggregation in a Calculcation View based Model

This is also not possible in the CDS model, these functions must be defined in the CDS-view:

Pic17 – exception Aggregation in a CDS-View

Change field descriptions only in CDS-View

Always add new key figures at the end in CDS-View

Here is an example. The view contains the following sequence of key figures:

These first two fields are found in the model as ELTUIDCMP1 AND ELTUIDCMP2, that is, the sequence as defined in the CDS view. 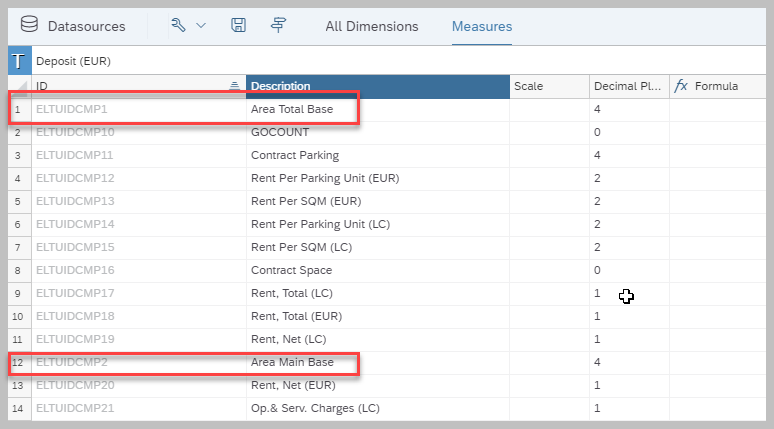 When a new key figure is inserted, the other fields all move to the rear. If these fields are already used in a story, the field assignment automatically changes and you don’t see the field that you inserted at this point. 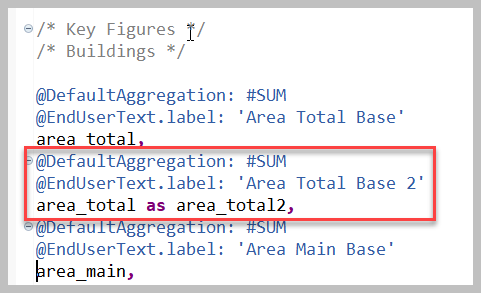 This causes all subsequent key figures to shift, but the use in the story is not automatically corrected. Therefore, new key figures should always be added at the end of the key figures in order not to influence the sequence in the model or in the story.

What is also currently not possible in the CDS-Model is to define a location dimension that can be created in a Calculation View based model to represent the data in a map. In the CalcView model this currently looks like this: Input parameters of the CDS view can be used in the story. But also here it has to be considered that no additions / extensions can be made in the model. In summary, the following can be said about the use of CDS views as a basis for models in comparison to the Calculation Views in the SAP Analytics Cloud:

Finally, I would say that the use of CDS-based virtual data models is a good way to process data from a SAP S/4HANA or a SAP NetWeaver Business Warehouse via the Live Connection in a SAP Analytics Cloud. If you can work with the current constraints (e.g. no extensions in the model), it is a good alternative to the Calculation Views.

But of course, there is the possibility to combine CDS and CalcView based models in one story. In my case this worked well, e.g. the Spatial Function of the SAP HANA can be integrated by using a Calculation View in a separate model.

thanks for this nice blog on a verry interesting topic.  We are struggling to find a best approach to prepare data to be consumed by SAC.  Would you prefer CDS-views over BEx queries, like per example in flow: CDS view - open ODS - Composite provider - BEX query)

What would be the trigger to do it all via CDS views ?

I think it depends on your environment which source you use. In our case, the data is not used in BW, only in SAC. Since we have already made the extraction from the S/4HANA systems via CDS (CDS based Data Source in the BW) we need only one resource that can handle the whole process. This shortens the decision-making process and adaptations are available faster. And the access via Live Connection works well, so this was the obvious choice.

Another reason was that the CDS views can also be made available relatively quickly in FIORI and can also be used directly in AfO (for future requirements).

Nice blog! Very informational. Are ABAP CDS views encouraged in BW? Sounds like they are supported. Other than resource availability, would a BW team take the extracted tables and build Open ODS views and do all the modelling in BW, or would it be better to use ABAP CDS views.

As far as AfO (Analysis for Office) is concerned, it can use BEx queries equally well. Right?

thank you for your comment! Yes, you can use ABAP CDS in a BW.

Whether you should do this depends on your architecture and guidelines in BW, of course. We only need the BW to consolidate the data from the previous systems (S/4HANA). We then added the virtual data model using CDS in the BW.

This is also very useful for direct access from SAP SAC to an S/4HANA system, where you can use the delivered CDS-content:

We are using SAC and S/4 HANA Cloud for live reporting . Do you recommend your blog as the best practice in our case.

Also we are using and SAC - Planning, does the approach same for Planning models as well ?. appreciate your valuable inputs.

I don't know your scenario in detail, but it sounds like a good way to access the S/4HANA directly from the SAC, provided the technical requirements are met.

Regarding the planning, I'm not a specialist in that area. We use the planning functions of the SAC to periodically run a survey for workload figures, which works quite well. Here you have to check if the currently given functions in SAC are sufficient for your requirements and how the data is then used and processed.

Great blog! It is very informative!

As I know the BW live connection will lead to an "Analytic" model, so the planning function will be unavailable in this case.

Yes, that is true, the live connection doesn't support the planning functions. For planning you have to use the Import to model....

Your blog is great. Congratulations. I am interested on CDS Views + SAC + import data connection. Do you have any information about it?

Also, is it required to add Annotation @ODATA.publish = True  and activate ODATA Service in order to consume CDS Views in SAC?

After 22 yrs at SAP mostly teaching analytics. I can see that old age is a terrible thing!  Better than the alternative, but still bad...  I realize I did not know as much as I need to for the real world!  I should not have taken the buy out..it pushed me into the real world.

That said,   it seems like the for a company with 99% of the data from s4 with no bw..   a live data connection to SAC is best.  I was un aware that Calc views allow formulas in s4 and CDs do not.. and there are other issues with CDs Vs Calc. They are a small shop and have not used native hana yet,  so I assume even though there are limits..  go with CDS.  The company  did not robustly implement S4 in the area of hierarchies.  ( I do not think they are using PROD, Cust, or FSV hierarchies.. or any  hierarchies in S4

Can you help/point to  the the best way to handle the simple GM% using CDS.  Will  It seems like SAP has a lot of decent content but they are all based on using Fin State Versions.. with Semantic tags, which is not implemented.  they basically want to do GM% calculations using different MOnths, plants, part#s   like COPA  feeding a dashboard to SAC with the %for each plant on one page.  with the options to filter by part number, month... and then see the details each combination.

I was given a requirement of Geographical Analysis using "Geomap" in SAC based on live connection using CDS. Is it possible to create a datamodel in CDS which supports location dimensions?