Recently, I got a task to look after several interfaces that have already been implemented. All these interfaces are similar.

I will discuss my problem based on one of them (Supplier master data).

It is an interface for sending supplier’s master data from the SAP system to an external system.

The biggest challenge was that the same interface was implemented on many different systems. Three PI systems and four ECC systems.
Below is what the data flow for the interface looks like. 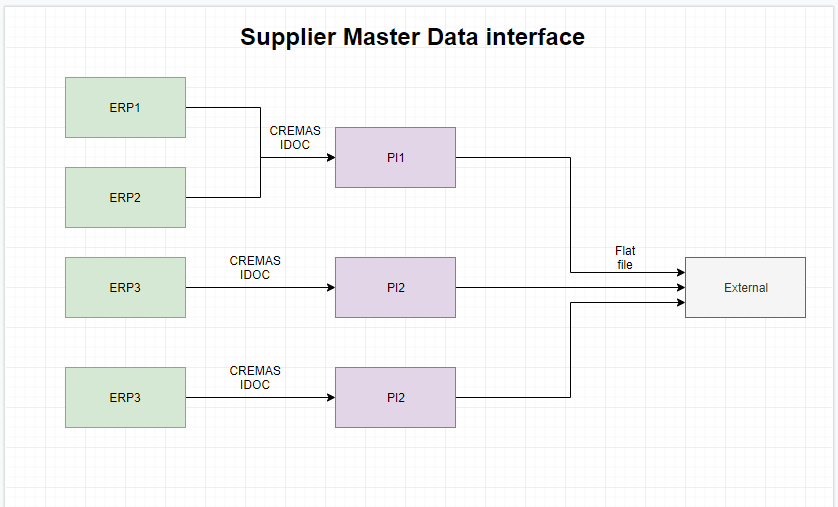 Everything would be fine if the interface never changed, but the reality is completely different. There are always a lot of changes or repairs in existing interfaces. The most changes for this specific interface were in SAP PI mapping.

Over time, it was difficult to track which changes were transferred to which system and which changes still need to be transferred. And generally, a change in mapping in one place can cause an unexpected result in another place.

I thought it would be good to have some tool that would allow me to test the result of mapping.

The general appearance of the transaction is shown below. On the left side you can see a tree with projects. On the right you can see test cases in a specific project.

The most important columns are:

The message flow in PI system is shown below

Now I will show how the tool works on a specific example.

Now we can run the remaining tests and check if our change has made changes in an unexpected place.

In my opinion the tool, although it is very simple, gives great possibilities.

Benefits that come to my mind:

There are also several disadvantages:

I plan to make this tool available as an open-source project in the future. I need to refactor some code first and make it more customizable.

I talked to several people about this tool, the votes are divided. That’s why I wanted to ask you for your opinion. What do you think about this approach to interface maintenance? When does it make sense to create mapping tests? Does it make sense to create test cases? Or does it rather require too much work? What else should be implemented in the tool to make it more useful? 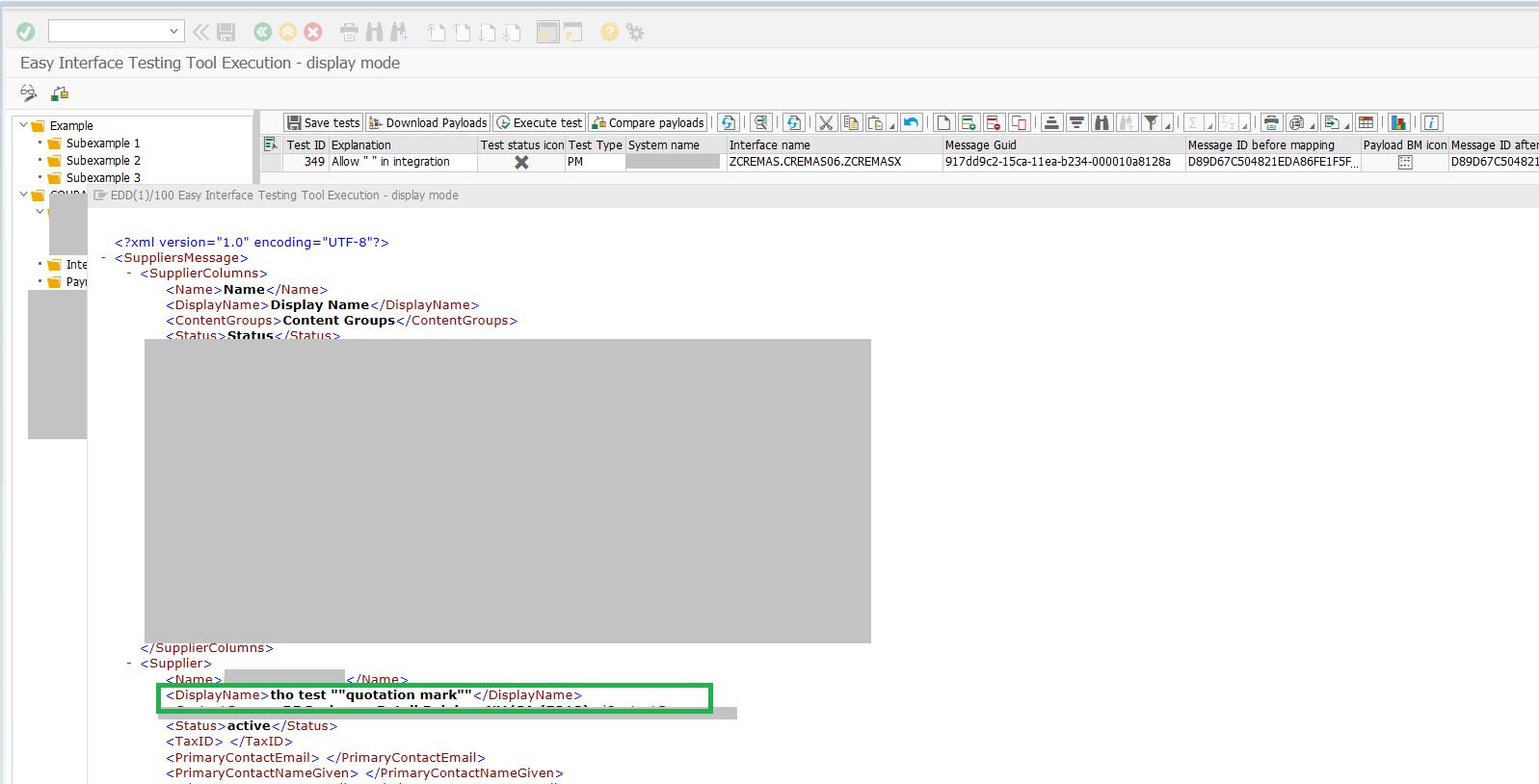 are you aware that we have recently shipped a test tool in SAP Process Orchestration?