For customers that use or plan to use Agricultural Contract Management there are huge benefits about the bulk extension to SAP Transportation Management such as:

The benefits from above are mainly realized by the following integration points:

A conceptual flowchart of the integration is shown below: 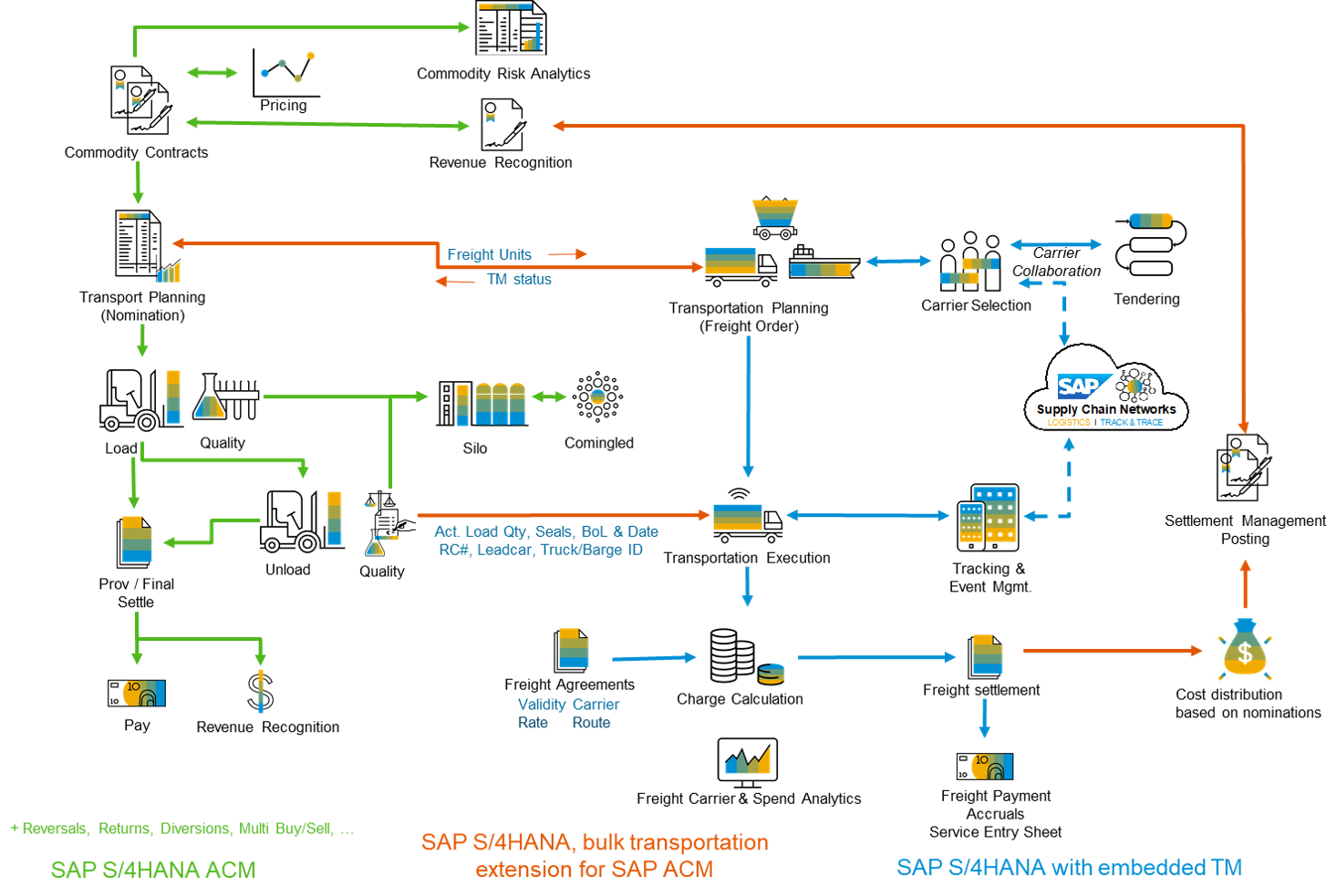 The following key aspects are most important for agricultural companies:

Delivery of the above scope through the following functionality:

For more information about this great new product please have a look at help.sap.com/acmtm