Understanding containers (part 02): inside a container

Thank for all the feedback after the part 01 of this series. I hope you enjoyed as well some exercises with OrientDB database.

I assume that you have the container myorientdb01 running, e.g. by running it with docker start myorientdb01, if it was stopped in the meantime.

How do I get “into the container”?

I do not know about you, but for me it was the very first question. Used to usual VMs (virtual machines) I was expecting some way to get “inside the container” to work with it.

Quick web search and I found that command to do it, like

Again, I do not know about you, but for me it was another “Say whaaat??!” moment. “It is not connecting to the container. It is executing a container and calling its OS shell?? And why is IT (as I looked at -it) involved?”

But let me calm down and try to understand what’s going on.

The above command is the short version of
docker container exec --tty --interactive myorientdb01 bash,
so basically it tells docker to execute the bash command inside the running container myorientdb01.

Well, where are we? 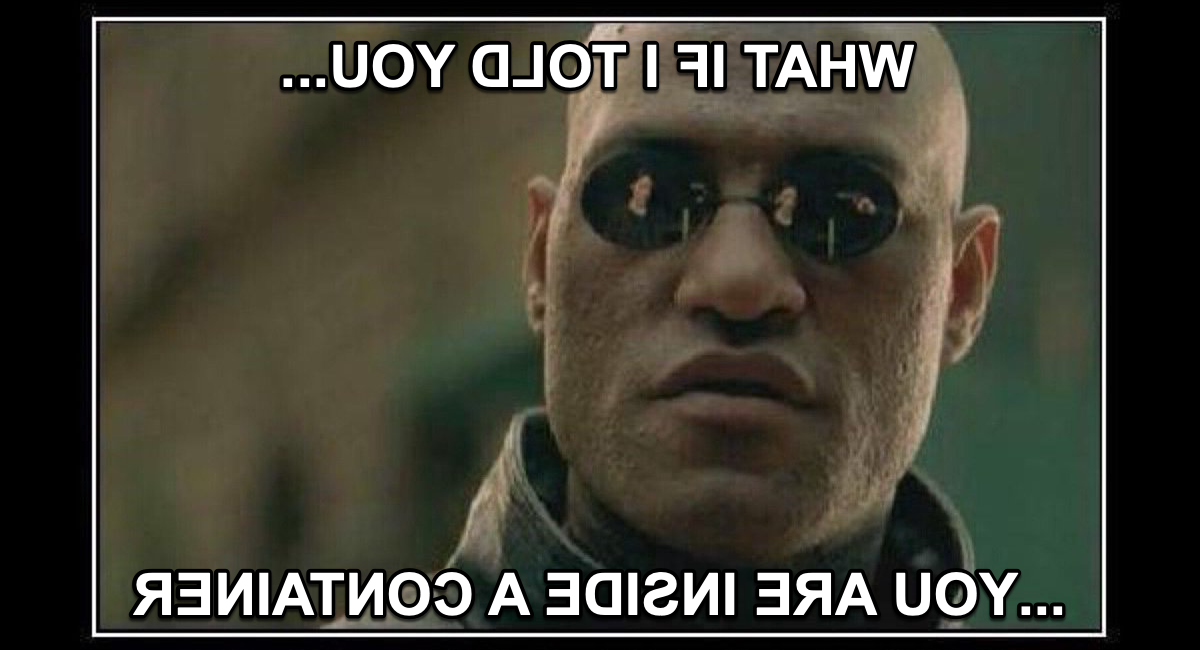 Let’s look around what we’ve got here…

…by running a few commands, like whoami, uname -a, cat /etc/os-release, tty and finally exit (or you can press Ctrl+D to exit). Let’s quickly play with these options. First by running the command without -i…

…and typing something like whoami, exit or even What am I doing here?.

Even though we connected to terminal in the container, the input from my keyboard is not sent to the terminal. Obviously Ctrl+D will not work to exit, so I needed Ctrl+C to interrupt.

This time commands are received by the container and results are displayed, but there is no terminal assigned (as indicated by not a tty response from the tty command) and no shell prompt.

What is exec for?

But it means I can use exec to execute any command from a container without going “into” the container, like…

…to see the results. No input or terminal connections were required to execute this commands in the container and get results.

So far we tried some basic OS commands in the container that runs the OrientDB server. We used to connect to that server using its web-based Studio via exposed port.

No need to install that client software, because it is already available in the container in database’s bin directory, so we can call it using docker, like…

… to create our own mydb database using so-called batch mode of the console.

Now I can open Studio and see that database there… …to which I can connect using standard user admin with its default password admin. 🙂

Ok, my train is arriving…

…to Kraków. Literally. I will be presenting this topic at the “Career in IT” conference tomorrow. And I won’t have time to work on this more tonight, because tonight we have the first ever local SAP Stammtisch in Kraków, organized by Izabela Rębisz. Na zdrowie ?

If you are interested in this topic, but it is too late for you to arrive to Kraków, then I will have the same presentation at SAP Inside Track in Walldorf next month. See you there?

Thanks! Nice example of docker exec to run the client within the container. I'd also never experimented with -it parameters, so learned a few things here.