What differentiates SAP Labs from its competitors is the care it takes of its employees. The very existence of Diversity & Inclusion Team is a testament to SAP’s commitment in creating and maintaining a great place to work!

Keeping the SAP principles  in mind, the Diversity & Inclusion arm of SAP Labs India designed and executed the Cross Generational Mentorship Program 2.0, which presented the T1 community across all SAP entities (Labs, Ariba, SDC, Concur, Success factors, Fieldglass) and locations (Bangalore, Gurgaon, Pune, Mumbai) with a unique opportunity to reverse mentor senior colleagues and get mentored by them.

The culmination of SAP Labs India’s Cross Generational Mentorship 2.0 program was attended by the successful graduates on 19th November 2019. The program was kicked off in May 2019 with over 120+ participants.

Yash Agrawal and Arundhati Kanungo, Global Early Talent Ambassadors and hosts for the ceremony, welcomed the attendees with a summary on how the program was structured. Followed by that, Chandramohan Sankaran, Pillar Lead, Cross Generational Intelligence, expressed his sincere thanks to all the participants for their willingness to learn from each other.

The keynote was delivered by Mayank Bhatnagar, D&I India Head, SAP Labs India. He expressed his perspective on working with different generations and his experiences with the younger generation. Ujjwal Nath, a senior participant, shared his learnings and takeaways from the program followed by other participants as well. The graduating participants were then felicitated by Mayank and Annice Joseph, Global D&I Lead. 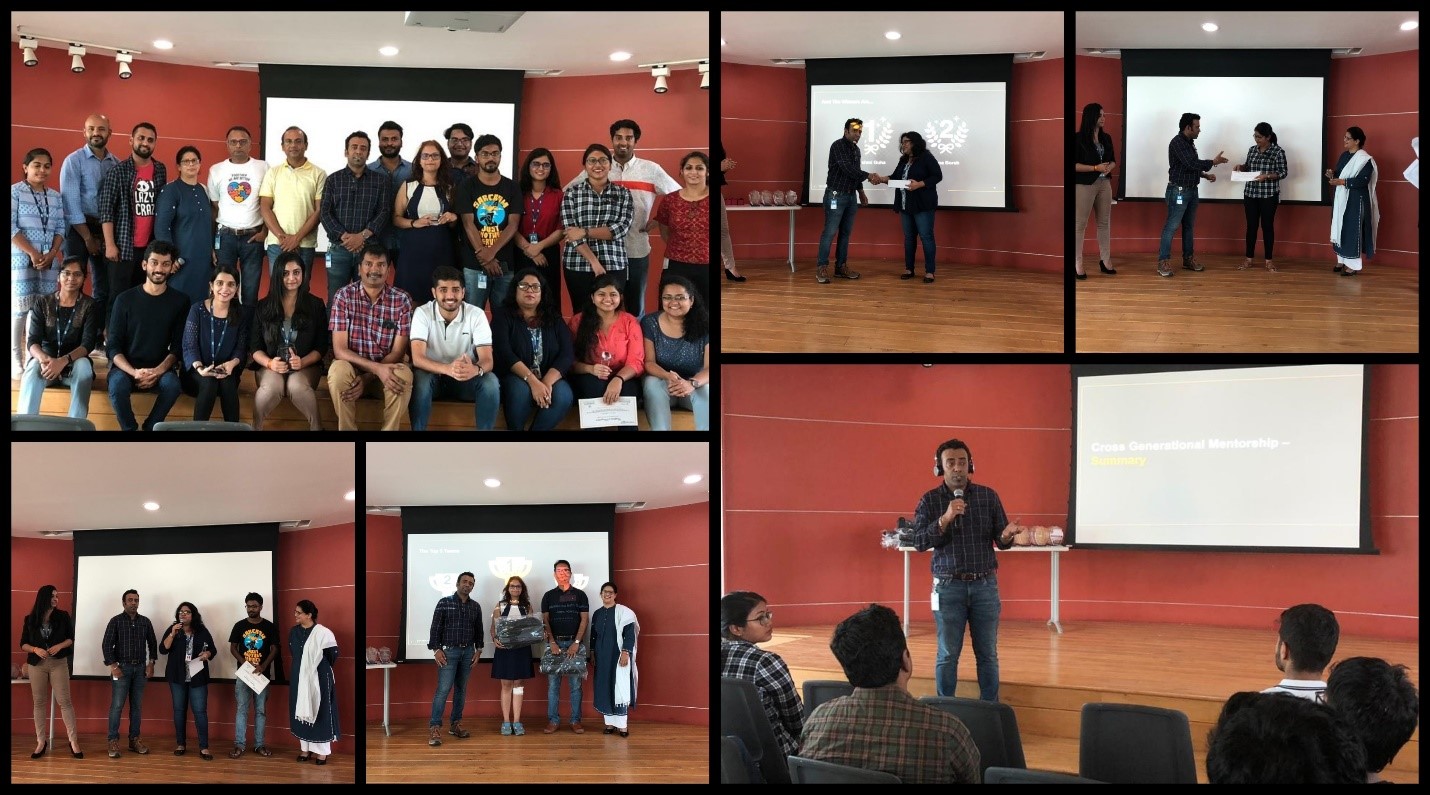 Top teams of the program were felicitated based on the number of program milestones achieved. Arundhati Kanungo and Ujjwal Nath, Reshmi Guha and Bibek Shankar, Abanindra Nath Sarkar and Annu Kumari bagged the first, second and third positions respectively. A blog competition was also organized where participants had to pen their perspectives and learnings from the program. Reshmi Guha won the first prize while Rima Borah stood second.

At the end, the core team was felicitated for all the effort they have put in to make each and every initiative a grand success.

Overall, it was an ecstatic learning experience for everyone which clearly reflected in the feedback and overall rating of 4.3 out of 5 from the participants. Looking forward to more such initiatives and the profound learning and growth from them in the upcoming years as well.